The Story Behind Big Ben

You know, I don't believe I've ever shared this full story on my blog, but as I was drifting off to sleep one night this week, I decided it was time. Disclaimer: You may think we're weird. But when God does something supernatural in your life, sometimes it does not follow our logic and sometimes we just come across as odd. So, here goes.

When we left Singapore, it was with our 3 little girls. We settled in to Turkey and lived through a year of getting the school opened and seeing God work time and again. Along came Fall, I was teaching, and CC approached me and asked if I had thought about having more kids. It's almost funny to me that he asked. We'd never asked each other that question before, because both #1 and #3 were mild surprises. I had 3 under 3 at one point, so we never really discussed "more." Then he suggested we pray about it and talk again later. 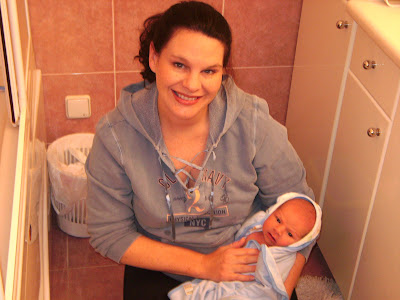 Several days later, he approached me with an answer. He said something like, "We should have another." I asked, "Why?" He said, "Because God told me to have another one." Now, both of us have walked with the Lord since childhood, studying His Word, seeking His direction. And most of the time, that direction is from His Word. This time it wasn't. He said that as he prayed he felt a very distinct voice in his heart say, "Have another." He dared to ask Almighty, "Why, Lord?" and the answer was, "Because I am going to give you a son." Then, "Why, Lord?" and the answer was clear, "Because I have a Son." That was the end. He was blown away. 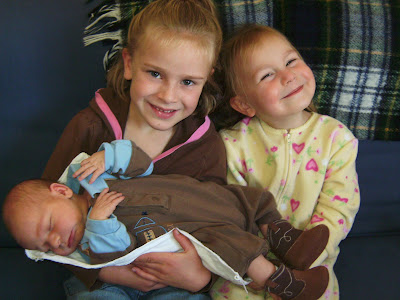 At that point, we proceeded to obey the Lord! :) (Obeying can be fun!) I was soon pregnant and we never asked the doctor (nor had we ever with any of our precious babes) whether it was a boy or girl. We knew it was a son. It was going to be perfect. 3 Queens and a Jack, all born in a different season. AND this boy would be the 4th Campbell. Levi Ross Campbell IV. I told only 3 people about CC's conversation with God.

And then on a Friday afternoon, I gave birth. To a baby girl.

Now, understand me here. Never, never, never in a million years did my husband have even a moment of disappointment when he saw our precious baby girl, Eva Kathleen. She melted him. He took her out of the room and said, "Let's get this straight. This is between God and me, not you and me. I love you and I always will." We didn't even have a name for her. I told him I always wanted to name a daughter after my Granny, and that I'd love to give her CC's sister's name as well. The names were beautiful together. And Eva was perfect in every way. 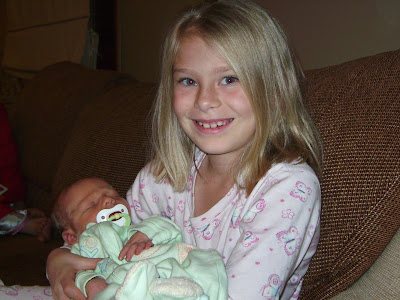 But the issue was that CC had, in his mind, missed the boat. His heavy heart was due to the fact that if he misunderstood God this time, he must have misunderstood Him so many other times before. We moved on, trusting in God's sovereignty and will, but always wondering about that day when he felt God spoke to him. And we of course needed Eva so desperately in our lives. How could we be Campbells without our chubby-cheeked little Turk. I never knew a babe could be so easy. I never knew a toddler could be so easy. And she was the Songul (Last Rose). She was the end of the babies.

And then one day, just before my 36th birthday and CC's 40th birthday, I discovered I was pregnant. We had prevented a future baby, content with our 4 little girls with no inclination to have a 5th. We were determined to show the culture around us that we loved exactly what God had given us, in spite of the suggestion we should abort so many girls in favor of a boy. We believed that was one testimony we could present to those who looked at our odd and big family. But I was pregnant. The range of emotions was almost indescribable. But I knew in my heart at that moment, this was the promised boy. 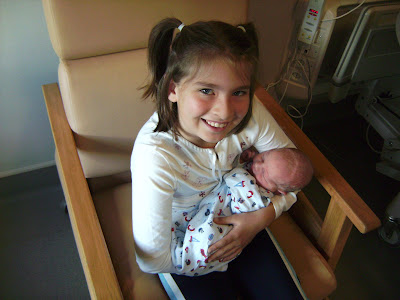 I waited nearly a week to tell my husband. Of course! It all made sense now. That's why I was falling asleep during Bible story time at 7:30PM. I can't say that I will ever know exactly how Mary must have felt, but I did get a little glimpse that week. Scared. Excited. Full of wonder. Confused. Alone. At one point, I said to myself, "For heaven's sake, Sara! You are a married woman." But it was all such a mystery to me. And then this deep deep peace began to reside in my heart as I realized that my great and mighty God wanted this to be His work alone. How much more glory He would get this way. 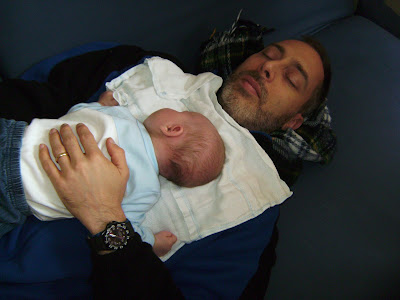 And so, at our birthday party, in front of many friends, I passed a card to my sweet birthday-boy husband with a note revealing my present...a new baby to come. He was speechless, he cried and smiled at the same time. And we both knew, it was the boy. (But I must say after we dropped everyone off, he said, "And HOW did THIS happen?!")

God even told us what to name him, but that's another post. Suffice to say with a name like Benaiah, he will be asked all of his life, "What does that mean?" And when he answers, "Son of the Lord" he and others will see God's glory.

My heart is full. Amen.

Not odd at all . . . I could also tell a companion story to this one about the little boy born to the Keffer Family on this same date.

I love the stories about how God works in people's lives. Thanks for sharing it Sara!

I do agree with you. God was going to get the glory for the son he gave Ross and so He did!

P. S. Besides, God never does things the way we think He will. He answers our prayers, works in our lives, etc., but always in His way, not ours! :)

OH so beautiful! I love knowing Big Ben's story. God is so good. :)

You've told me parts of that before and I loved reading it again! Have you read Piper's The Dangerous Duty of Delight? This testimony has "delight" all over it!

And should I ever see your little Eva in person, I don't think I'd be able to call her anything but Sweet Cheeks! :)

Beautiful Beautiful story! Thanks for sharing your heart! It's such a comfort to know that others understand when I talk about "hearing" from God!