As most of you will know, the nationals of this country take one month per year (called Ramazan) to show extra devotion to their faith, in the form of fasting. From sunup to sundown, they do not eat, smoke, or drink. Meals are only allowed after the sun goes down. It is a very trying time for them. Life around here changes. Bus rides, after a driver has not eaten, had a drink, or smoked for over 12 hours, are quite different. Neighbors wake at 4AM to eat before the sun rises. We do not observe these traditions. However, perhaps my prayers differ slightly, for when I am out in public, eating, I am ever-more grateful that my salvation is secure and that God is gentle.

Once the imam declares that the sun has set, the Turks partake in a very large meal, one that will need to fill them for the coming day. It is called Iftar. It is a traditional meal with several courses.

We returned to Turkey in the middle of Ramazan. Life became very busy, very fast. New teachers were flying in and getting settled in their apartments. There were school projects to finish before the first day. CC and I missed our date night a couple of times. So, one night we decided to put the kids to bed, and after sundown, drive to a nearby restaurant for a traditional iftar meal together. 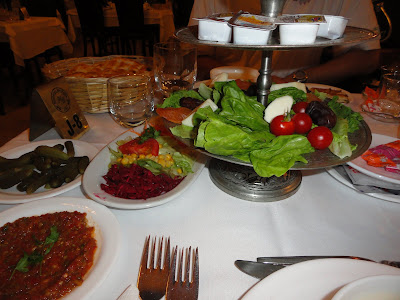 We were also served these...hmmm, how to describe them? They are similar to a hush puppy, but filled instead with tiny bulgar wheat, ground beef, garlic, onion, spices. They are oh so good, but oh so deep fried! 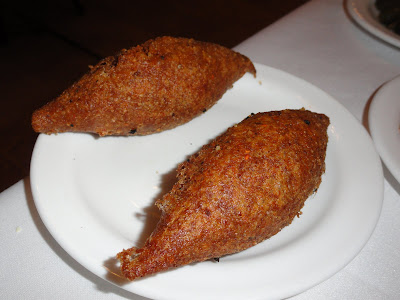 Here is CC holding up our main course. Lots of grilled tomatoes and peppers. Bulgar wheat cooked with a tomato sauce and spice base. Lots of meat! (lamb, chicken, minced beef) 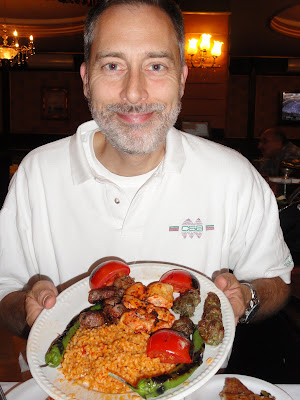 And as we ate apart from our five children, I made a new little friend. All it took was a little tickle on her chubby finger and I'd made a friend. Isn't she beautiful? Her blue eyes are most uncommon here. 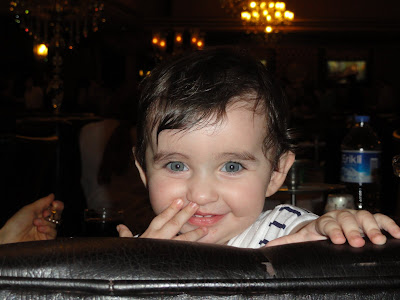 I can't say that I've ever experienced something like that night, as the environment was very traditional and conservative. I am certain we were the only ones with our type of faith in that room. We thanked God for His mercy, we thanked Him we were allowed to be here. On the giant flat screen tv next to us were constant images of the Hajj, which is the holy pilgrimage to Mecca. The large black box on the right of the screen is said to have been built by Abraham and Ishmael. It is what all those of the Islamic faith face when they pray. 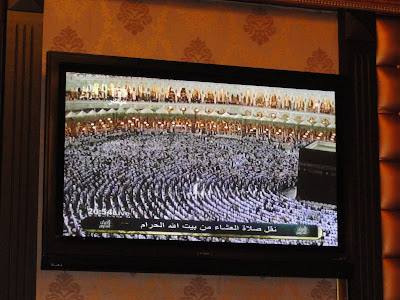 Many more thoughts come to mind, but I'll leave it at that. I wanted to share a piece of this culture with you.

That sounds like quite an experience and definitely enough to remind you why you are there.