Saying Goodbye to Phaselis the Great 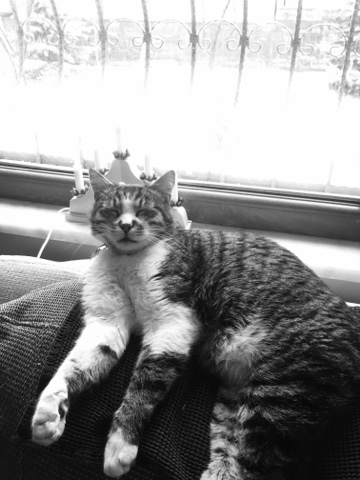 I took this photo of Phaselis the Great sleeping on his perch on a snowy day in January upon our return from Scotland.

Many years ago, 9 in fact, we welcomed a little kitty into our family, who actually adopted us. We had 4 little girls then and were vacationing in Antalya, Turkey. That day we were climbing and exploring the Ancient Greek coastal town of Phaselis. A little kitty, so hungry he was gnawing on a carrot, made a beeline for the family with 4 little girls as soon as we got out of our van. He acted like he knew us. And he was especially fond of the big guy, the dad. We went on with our hiking, amid the begging, "Oh Papa, please may we keep him? He's hungry. He needs us." Papa was smitten, but he said, "He'll be gone by the time we get back. Let's just wait and see." He wasn't gone. Hours after we left him, we returned to our van, and there he was begging for a family to take him. Papa finally agreed. Names such as "Chocolate" were suggested (He was a gray tabby, but the girls were 8, 7, 6, and 3!). Papa said we could only keep him if he got to name him. And the fun began. We snuck him into our hotel room, hidden under a towel and all the while meowing his baby cry with maids looking on. We got him chicken legs from the hotel buffet. CC made a late night dash to the grocery store for inexpensive cat food. (He came back with brand name, stating the poor kitty needed something decent). And that sweet kitty grew to be a big tomcat which we all loved.

He was the best. He never clawed up furniture. We could leave him for weeks with bowls of food and water, and he just worked his way through each bowl one at a time until we returned. When we moved to our house out of town, we decided to let him explore outside. He quickly learned the ropes and knew where the dogs lived. We have a little fence around our house, so he was safe from the dogs. He learned how to taunt them from behind. He climbed a few trees, was rescued from under the neighbor's house once, but loved his double life.

And then one night in March, CC came running upstairs, his face white. Our sweet guy, Phaselis the Great, had not dodged a car. Security saw his tag and called us. He was right outside our house on the street. I knew I had to go with CC. Kitty was still breathing a bit, they said. I prayed that God would let him quickly pass. Just as I ran up, he had taken his last breath. Oh, the kids were sad. CC went to get them, and we all stood on the curb sobbing and hugging. What could I say to them? Miss Middler had always been his favorite. She was so sad. We were just not expecting it at all. We went from sadness to shocking back again. I went downstairs and cleaned up his little room, putting away his bowl. I have no idea why I did this, but I needed to do something. We wrapped him in a little blanket, and CC took him to bury him.

The next day was a blur. This event triggered some very deep sadness in me. I had already been dealing with the news that one of my dearest friends here would be moving. I also just bought our airline tickets, minus the one for Firstborn. So, the death of Phaselis ushered me into a difficult place. I was just...so sad. Sad from goodbyes. Tired. Tired from settling into a new campus. Reeling from change. Changes because friends and Firstborn will leave.

We muddled through the day. The next night CC offered to take us where he buried our Phaselis. It was a cold and windy night. We bundled up, eyes swollen from crying off and on. 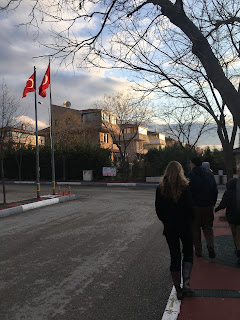 CC had told us that no cat in all of Turkey would have a better burial spot than the one he found. We hiked through this field as the sun set. 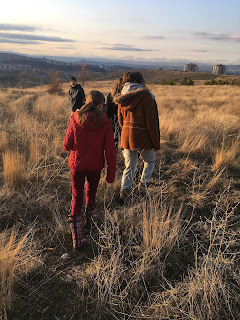 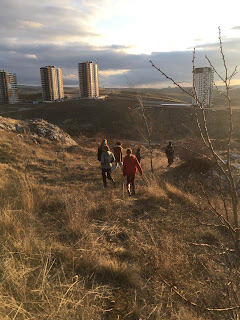 And he showed us this beautiful place where he had found soil soft enough for a grave (the soil here is rocky), which overlooked the mountains. We stood together and talked about how much fun he had been. We talked about getting him when the girls were so little. Big Ben doesn't remember a time without him. We sang, "All Creatures of our God and King" and we prayed. It helped. It really did. 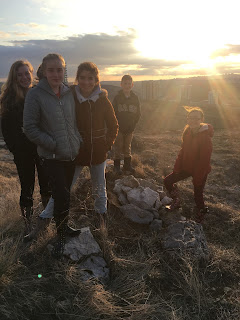 And on the way home, we were on two sides of a street. I remarked that we were strangely divided up by our blood types. The O positives on one side, the O Negatives on the other. We began calling some funny things out. And then we laughed. And the laugh helped. 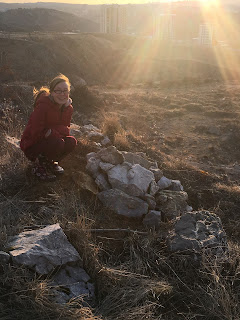 The next day at school, my students asked if I was ok. I admitted I was sad. They were so sweet. 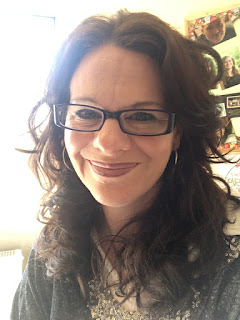 Each day got a little easier, and we cried a little less. We are grateful for his 9 years with us and all the memories it contains. Still, I found myself going down to the laundry room to let him out for the day, even knowing he wasn't there. (We made him sleep in the laundry room each night because he would wake before 6AM and howl until Miss Middler woke up. He was pitiful on the mornings when she had spent the night elsewhere!) I never realized the morning routines he was such a part of until he was gone. He will be missed.

Posted by Sara Campbell at 9:25 PM