Cappy had her babies late at night, and the first day went fine. I needed to run a load of laundry, so I moved her kitten box out to the bigger part of the downstairs, knowing she is afraid of the washer sounds. I suppose that triggered her fears of them being in too big of a space, but she began picking them up by the neck and depositing them into hidden places. Knowing we had to go to work each day and could not keep an eye on them, and that we weren't certain what she was doing, we were a little concerned.

They were so cute and tiny! This one looks like a little lion cub! (He (?) is the furriest, chubbier, and quietest of the bunch.) 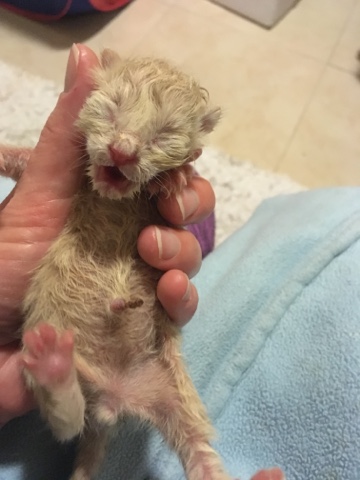 They were all nursing fine, and Cappy indicated she wanted company. We would take turns checking on her and petting her, which made her purr. 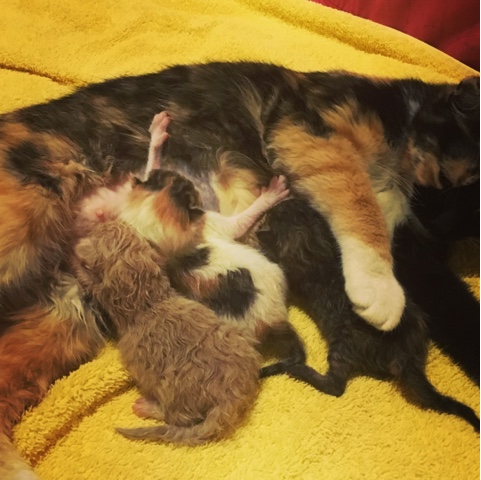 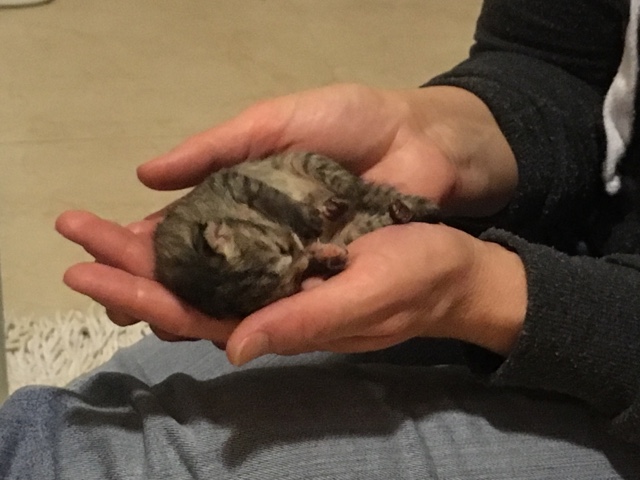 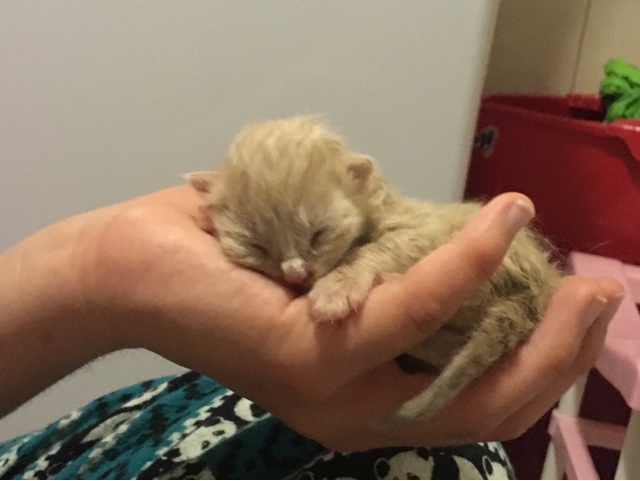 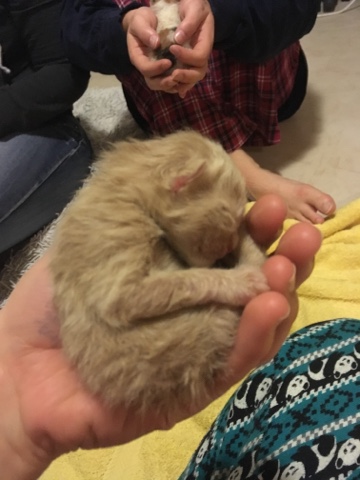 About a day later, we got ready to leave and the one little kitten was not in the box. I decided to just let mama cat do what mama cat wanted to do. But I did tell my housekeeper to keep an eye on them. About midway through the day, she texted me this picture. 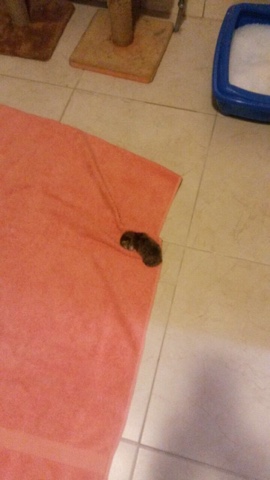 She told me the one baby is still alone and the mama is not feeding it. Oh goodness, lunch hour came and I flew home. All I could think about was the little baby, who had such a hard time at birth. Was mama rejecting it? How could I feed it round the clock if so? I had visions of bringing it to school each day to feed it. 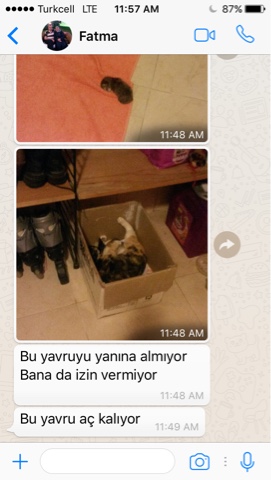 And then when I got home, I got a very long story which I only understood parts of. With the help of my friend who translated, I understood that the housekeeper had called her sister, who said that the mama might kill it. So the housekeeper called the gardener (the gardener? Who is he, I wondered?) The gardener came over and put the baby in the box, and now she is feeding it. He said if she doesn't feed it, to call him back, and he would come give it milk. I was tired; it had been quite a few days, but I began rehearsing a nursery rhyme in my head to the tune of "The Farmer in the Dell" with all of the characters like gardener, maid, farmer, farmer's wife, kitten. I still may write that version.

Looking back, I do think it was odd that she didn't have the one baby in the box. The grey one is the loudest of the bunch. Perhaps she was trying to keep the peace. I also know the housekeeper said she tried to put it in the box, but the mom wouldn't let her. But I'm wondering how that really played out because later she told me she was too scared to pick them up. But all is well now. Cappy loves her babies and is doing a great job. She purrs the entire time they nurse. She has no problem with us picking them up, but when they cry she comes to them to rub her head against them (they immediately quiet). She's doing a good job. We have a home for the calico and the yellow. Anyone want a little grey kitten?
Posted by Sara Campbell at 9:35 AM