This week brought the end to volleyball. We had agreed to play in a Turkish public school league, but the schedule was entirely dictated by them. Our games fell three solid days in a row. Volleyball for women in Turkey is king! These teams gave us some great competition. We didn't win overall, but we did beat them on a few sets during the matches.

It was a total Turkish experience, however. We had to have major documentation to participate. We signed all kinds of paperwork when we arrived, including the Captain (Firstborn) having to sign for who won the coin toss! The refs were kind, but we did notice calls against us increase each time we began to win. Still, we were determined that the most important thing we could do was to accept what was given to us, play hard, and let the rest go. We were told once, upon first arriving in this country, at a school fair in which we were promoting our soon-to-be-opened school, "We are watching you." So, we want whatever they see to be the best we can be. 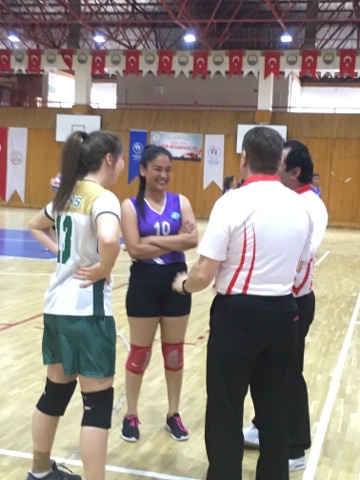 I loved seeing my girls play together one last time. I thought I might be sad, but there is so much hype at these games, it's hard to settle into sad! The boys in the gym snuck over to see our roster, got the names of the girls, and began chanting loudly every time the ball was in play. Twinkle started getting friend request on social media, which she promptly deleted. Good girl! 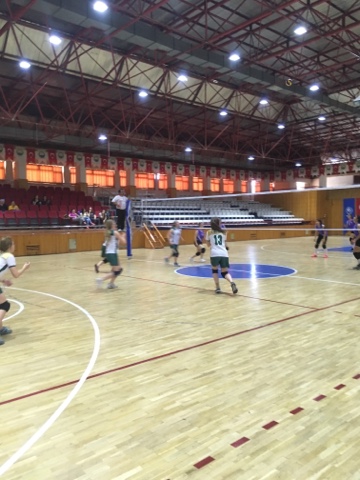 And at the very last game, they begged for selfies with us. I told the girls to only do a group photo. 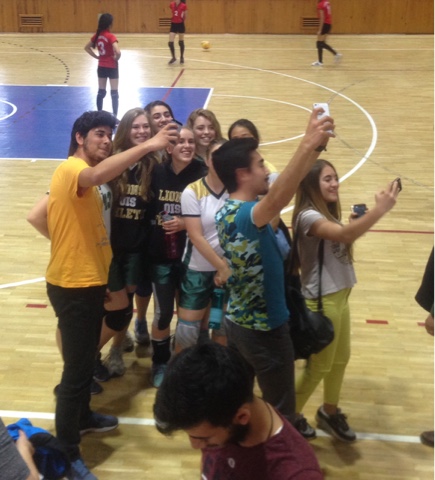 Once we were back at school, Firstborn and I went out to take a picture. This picture is, "Thanks, mama, for coming to all my games." and "Thanks, Firstborn, for allowing me to watch you play." I have loved it! Wouldn't miss a second. 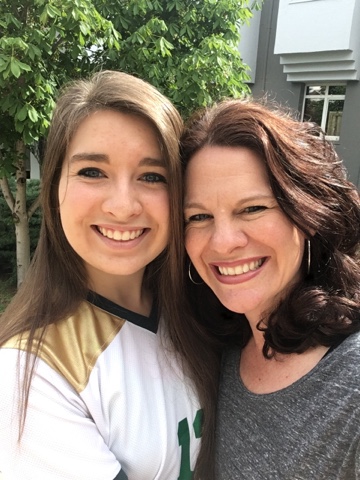 Posted by Sara Campbell at 9:44 AM