This will be perhaps my most random post yet. Just an hour or so ago, about 4:30am, I heard the call to prayer from our local mosque. (We are sleeping with the windows open now, so we hear it more.) Unfortunately, all the stray dogs heard it, too. They began a chorus of howling in unison. So, with my early morning rising will come a mix-match of ideas on this blog post.

The first oddity I discovered this week is just how ready Big Boy is to self-feed. I fed him his oatmeal and fruit, but it didn't seem to be enough. So I handed him a slice of bread. After a few minutes, I kept looking for the bread remains somewhere down in his chair/diaper/leg creases. But alas, it was gone. This will save me time, I won't have to pack a meal for him. There's not a restaurant in town that doesn't have some type of bread served with the meal. But just as it saves me time in the packing, there's all that 'bread goober' to clean up afterwards. I have to wipe a face, hands, in between chubby little fingers, under chin rolls, in leg creases. I even found some bread crumbs in his diaper that night. But you know what, on baby #5, I don't mind so much. I am old enough to realize I'll miss wiping out those bread crumbs soon. 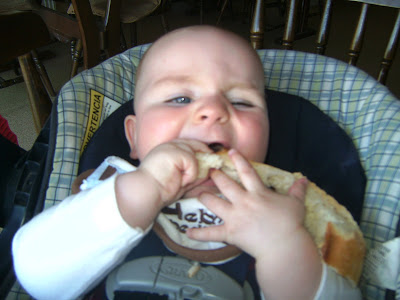 Another oddity. I have begun to put shoes on Benaiah. I spent all winter explaining to my Turkish friend why he never wore shoes over his socks. Now that it is finally hot outside, he is wearing shoes. 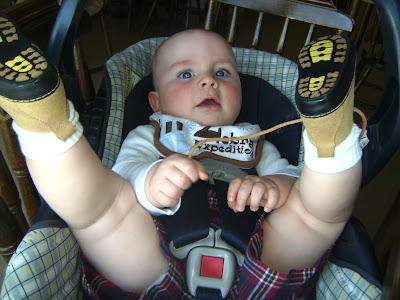 The answer of course is that a good friend just gave me a pair of shoes for Big Boy. And they're cute. And they are the kind that make it easy to cram fat feet inside. So I put them on him. 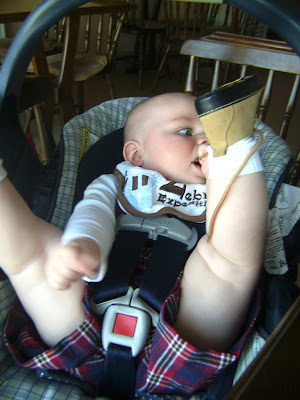 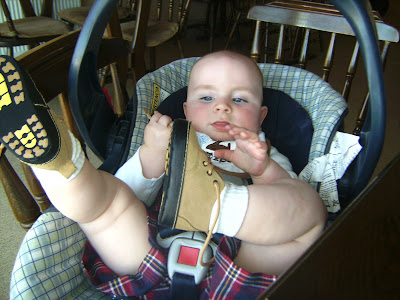 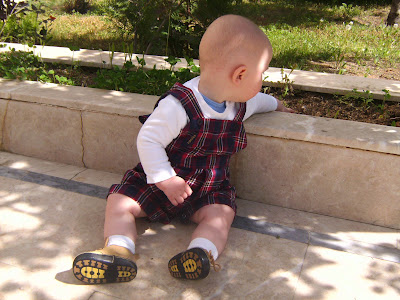 An here is an odd intuition. The girls and I stopped for an ice cream after school. How does a baby who has never tried ice cream know how good it might be? Somehow he knew. 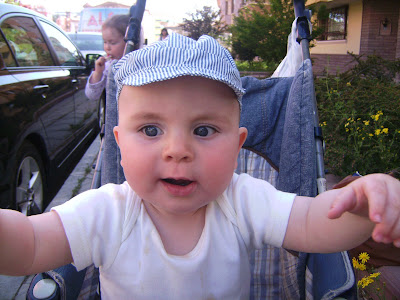 Here is an odd pose. I wanted a picture of this girl. She was all in purple, eating ice cream. But she was too concerned about the drip of the ice cream. 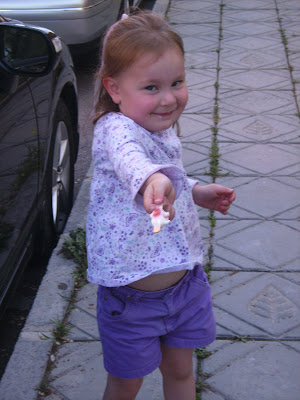 And now an odd comment. We are having health screenings at the school this week. When this one saw the doctor, she said, "I have 2 boogers." How did she know that was a medical issue? 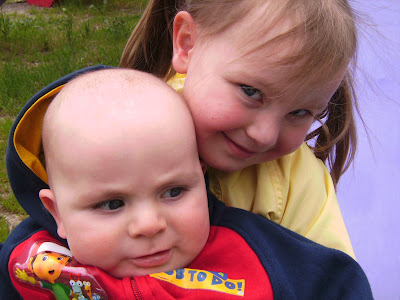 And, in other news, I had a particularly rough day over the weekend. I didn't feel well (translation: I was in a bad mood.) so my girls planned a pedicure for me. They had job assignments. They brought me reading material and told me not to listen to them at all, just to escape in a book. I knew I had a bunch of girls for a reason. 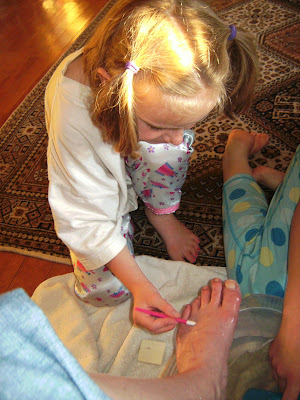 This week I had planned to post a recipe with step-by-step photos of how to make Turkish Stuffed Eggplant. 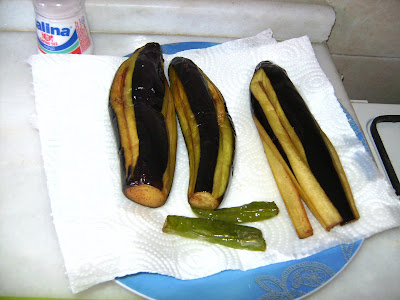 I dutifully took photos of how to make it. Then I served the meal, planning to get my last photo of the finished product. I thought it would be more fun to have people in it. Big mistake. The food was devoured so fast, I never got it. 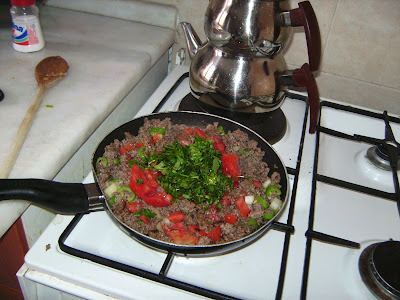 And my final oddity: Winter seemed to transition into summer with only a 3 day Spring. We are not complaining, though! We've scrubbed down our balconies. The girls decorated them with little chairs and tea tables and flowers in pots hanging off the railings. And the sun is shining brightly. So now, Big Boy needs a hat. I have basically concluded that a baby must wear a hat 12 months of the year here. Either it is too cold or too sunny. I tried one day to take him out without a hat. I really tried. Only 3 old ladies on the street asked me where his hat was. How does the poor boy ever have a chance of growing hair? 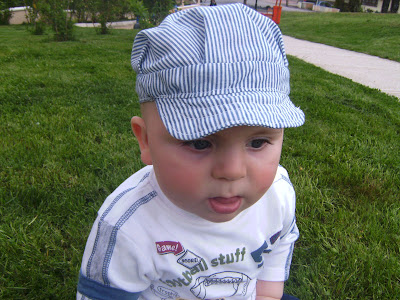 Posted by Sara Campbell at 4:52 AM

The girls and I read this post as we got ready for bed. We are up late again. Getting ready for my family to descend on us this weekend to watch our little Tootsie (Karoline) graduate from high school. (It doesn't get any drier - ha.) Baccalaureate was this past Sunday and the speaker preached to the graduates about David and Goliath. Excellent sermon.

My comments to this post are I relate. Never thought of it before until reading your post but I have those random times myself. Never had them before I had children . . . Did you? Ha.

Also the type bells you heard would be un-nerving to me and hard to take. I can only imagine how that must be.

We are praying for you Sara, and thinking about you.

P. S. Aren't boys something? Mine were a fascination as Benaiah seems to be. Neat, huh?

Isn't the last one something? I did like you're doing and all the rules I had with the first ones went out the window with the last one. I was so picky about the kids' clothes until I had that fourth one (my last). Then it was any and everything as long as it was clean. Matt wore something of the girls half the time. He still likes to wear their t-shirts but never fear, he doesn't like the ones that he thinks are girly, i.e., pink, etc. He does wear the girls bunny suit to sleep in when he is cold. That is hilarious. I tell Dave he has no insecurities, that's for sure.

Love your random thoughts! I especially love how the crumbs don't bother you at this stage of life because you know how short the time is that they are small!!

This is so true! Have a blessed week!

Sara, you have such wonderful daughters. How nice of them to pamper you like that, I hope it brightened your afternoon.