Christmas lunch proved to be difficult. Of course, everyone in Scotland was eating with their families. Nothing was really open. We stopped in one place and quickly discovered that, although they were open, they had a set Christmas lunch only, and it was so expensive. We were on our way out the door when CC overheard...Turkish, of all things! He went over to greet the Turk living in Edinburgh. The man was so overjoyed to be having a conversation in his own language. As we walked out, he ran after us and gave us a box of Turkish delight for Christmas. That's so Turkish. I love this culture. And I love God's little gifts to us, even when the meal was priced too high for a family of 7. 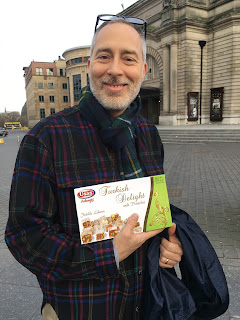 We continued until we found a little Thai restaurant that was open and would allow us to order off the normal menu. Our server was overworked and stressed, as another customer was making demands and special orders. We decided to bless her with the Turkish delight and wish her a Merry Christmas in Jesus' name as we left. It was a fun memory. Thai food in Edinburgh on Christmas Day. 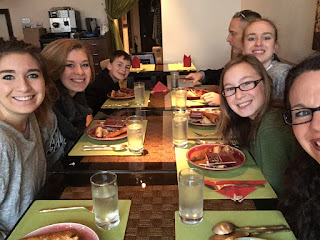 A winter storm began to blow through. But we only had a day or so left, so we braved it. 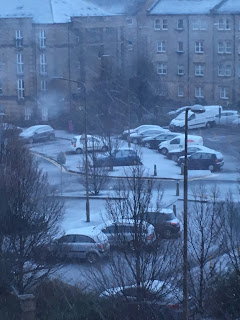 Later in the day, it stopped and began melting. 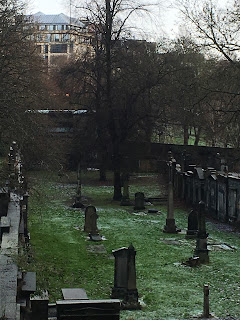 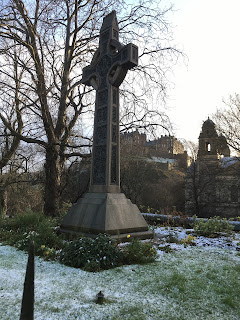 Our goal was just to finish up a little bit of shopping and see one last museum before we left. This was in a store front. 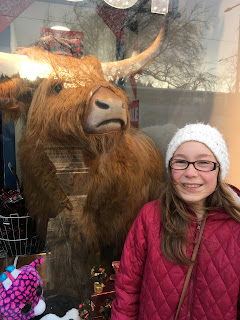 CC wanted us to see Calton Hill and the Holyrood Palace. We didn't have much time (or warm enough hands) to explore much, but we did hike up, planning to read more later in the warmth of our rooms! 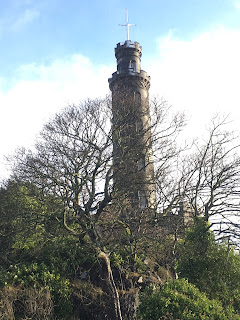 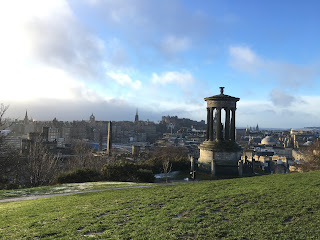 This is the palace which sits at the foot of the hill. It is the official residence of the British monarch in Scotland. 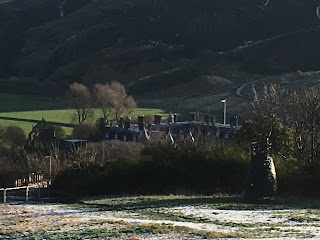 As we passed by the Christmas fair, we had one last sausage hot dog. They were so delicious with hot mustard. 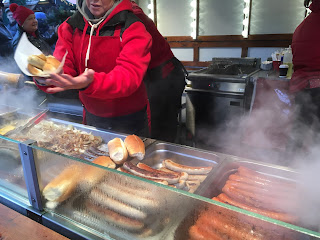 I knew what I wanted to take home, just a beautiful big wool scarf. CC helped me pick one out and bought it for me. I decided not to buy the Campbell tartan, as I already have a small Campbell tartan scarf. He said I could only get one that represented a clan friendly to the Campbells. He also insists that I pin the scarf together with the Campbell Clan shield pin he bought. I think I'm a Campbell through and through! 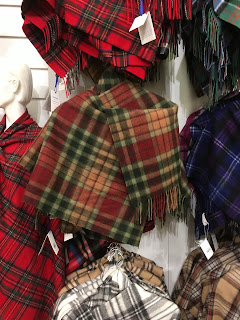 Posted by Sara Campbell at 6:41 AM

What a beautiful Christmas story.