For several years, this sweet gal has been a big part of Firstborn's life. Since Firstborn never did the balloon ride with us over Cappadocia, B wanted to do that with her once before she graduates. They picked one of the very few weekends left in this school year, packed up, and promptly drove into a snowstorm! I've never been to Cappadocia in the snow, but Firstborn assures me it was breathtaking. 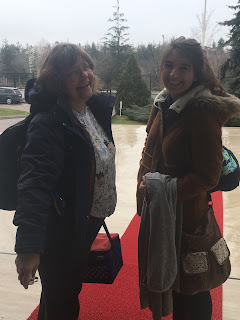 She sent me these lovely Turkish shots over the weekend. 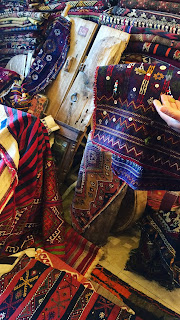 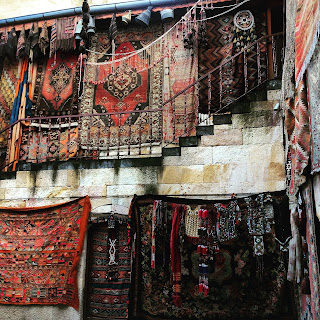 I love my kids. I stalk my kids. I don't stalk them because I am worried they are getting into trouble. I stalk them because....I just love knowing whats going on with them. So, you know what I did? I got up before sunrise on the day she would have her balloon ride (it's a sunrise ride) and stalked her while  she floated over the beautiful landscape of Cappadocia. 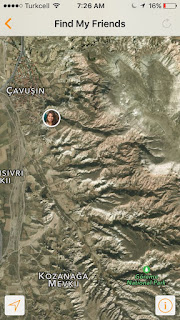 Meanwhile, back home, we had a great week doing something we've never done before. We flew in a young man (American living in Germany) from a group called "News Release Basketball." It's like a "Spirit Express" or "Athletes in Action." The camp was for kids in grades 3-6. Some of our teen basketball players served as volunteers. It was a great event and Big Ben adored the basketball coach. 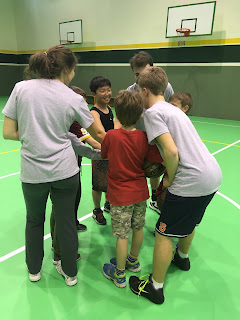 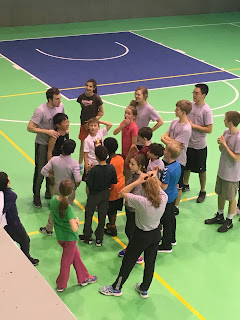 While Firstborn was in Cappadocia, some of us met up to go see a movie. I had to take picture with her friend and send it to her! 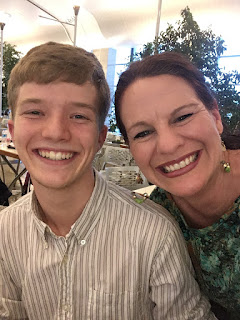 Coach Andrew (the basketball guy) was the best. Big Ben just could not get enough of him. When he left, they exchanged texting numbers. 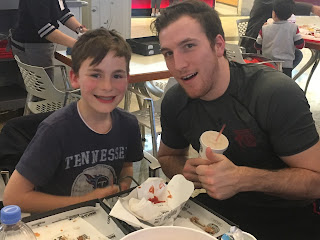 Here I am with some crazy friends at the 3D movie! 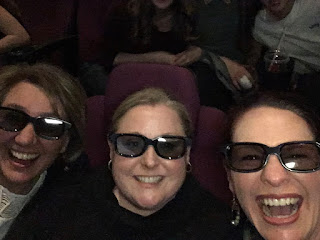 When Firstborn got back, we had to do her follow up appointment one morning to see if she could get her cast off. When the appointment is at 9 and your dear daughter is moving 6000 miles away after the summer, you grab a coffee together while waiting! 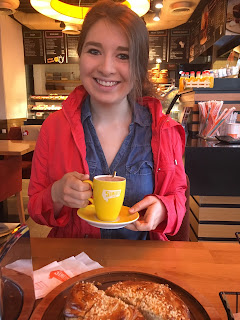 Posted by Sara Campbell at 2:50 PM