Israel: On the Road to Galilee (Caesarea)

We drove from Tel Aviv to Tiberias, with some stops along the way. One stop was Caesarea, built by Herod the Great as a port city. The Muslims conquered it in the 7th century, then it was later taken back by Crusaders. Now the ruins are a national park. This was our first tourist stop, so we bought the 2 week pass to all national parks. With 6 visits, the ticket paid for itself. (At one stop, the man at the entrance did not require our pass, though it was technically on the list. Before we left, Firstborn ran over to him and asked him to punch our cards! She wanted her punches on her card!)

At the entrance of Caesarea, the mark of the Crusaders was evident by the arched crosses in the ceiling. 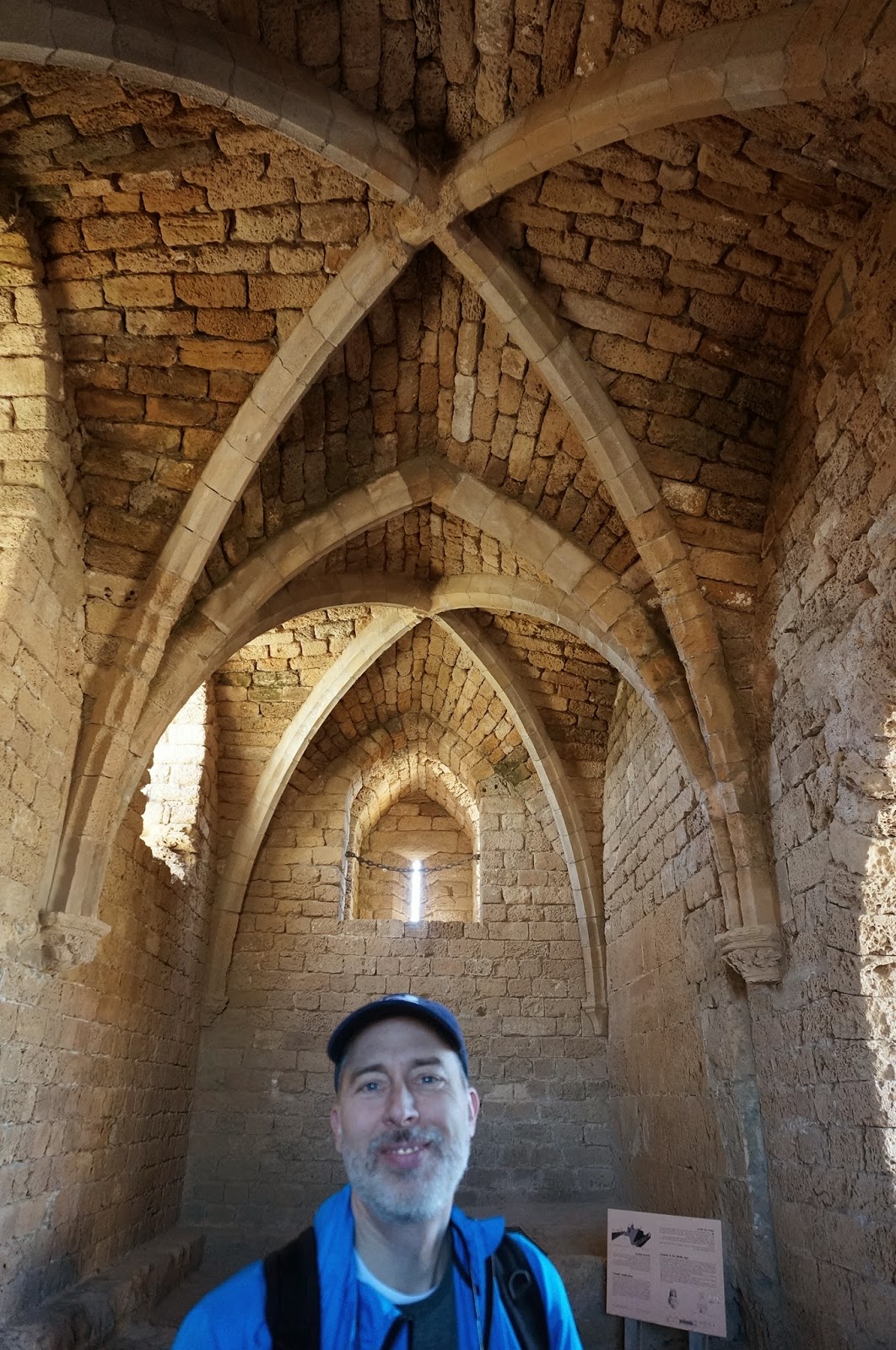 The water was breathtaking. I can't describe to you the blue hue. It was so beautiful and so blue. I am not sure I have ever seen such beautiful water. 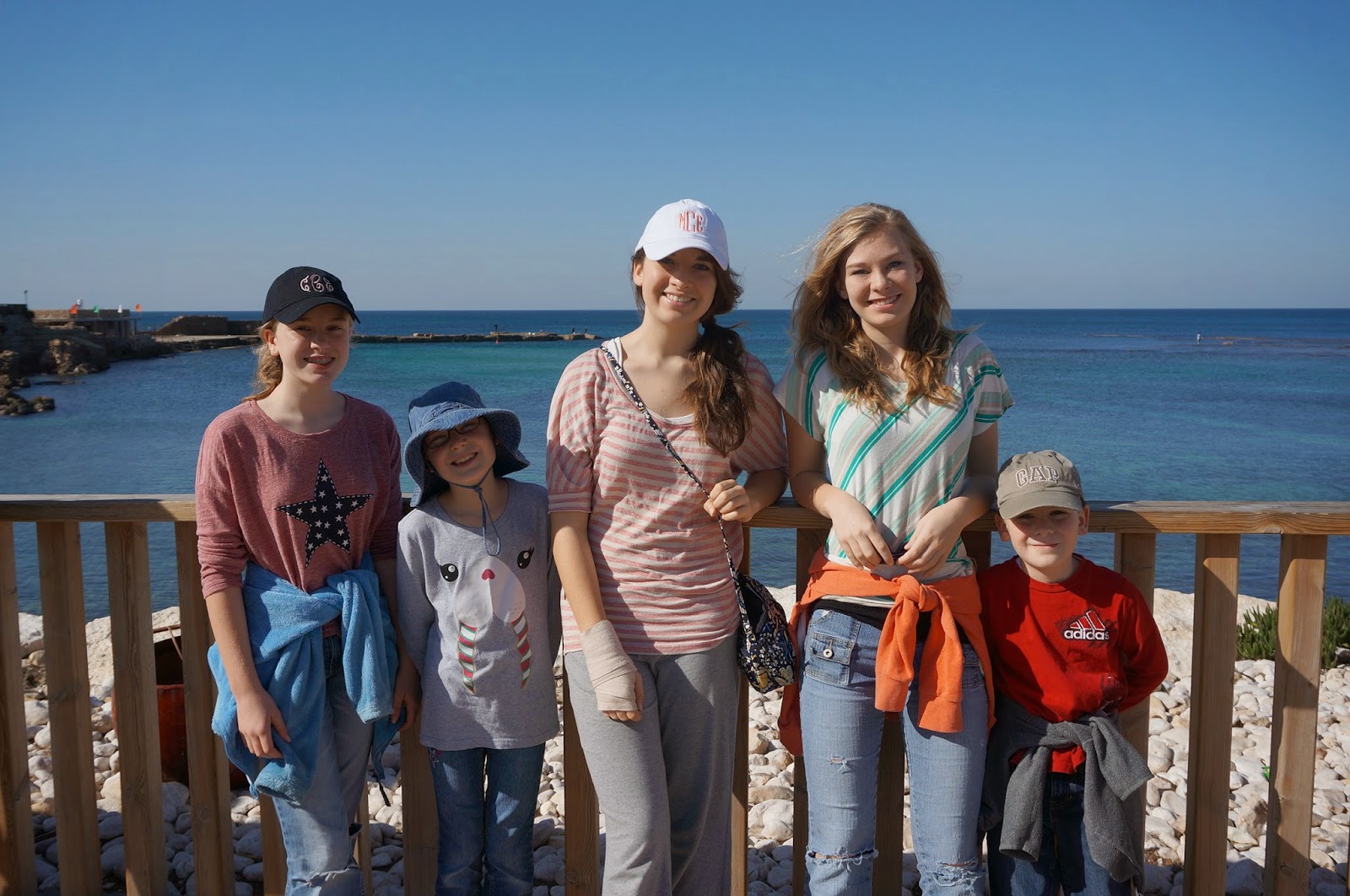 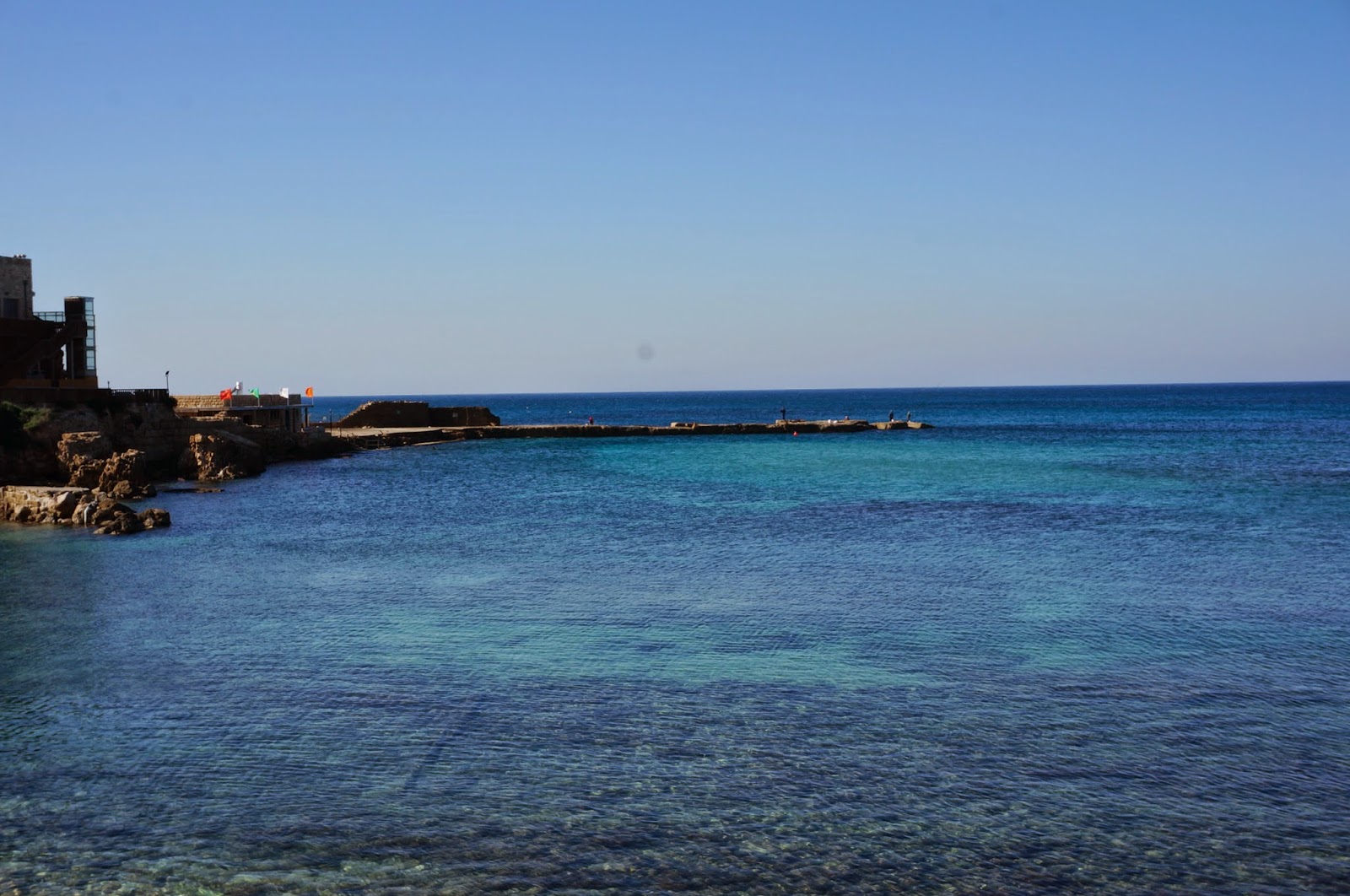 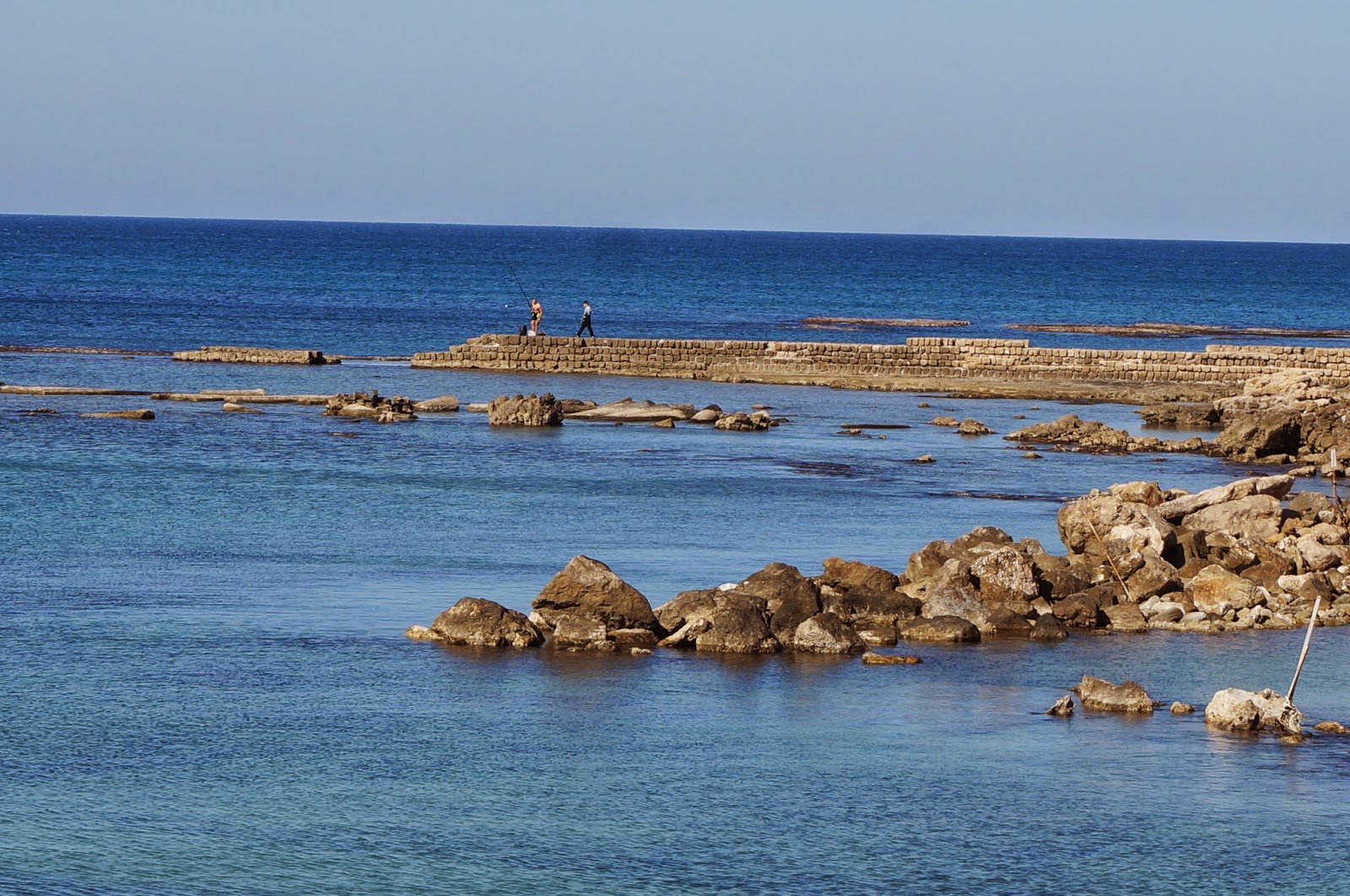 The ruins lay behind the water. This ancient town was built so that all would have a view of the water, even while watching gladiators fight! 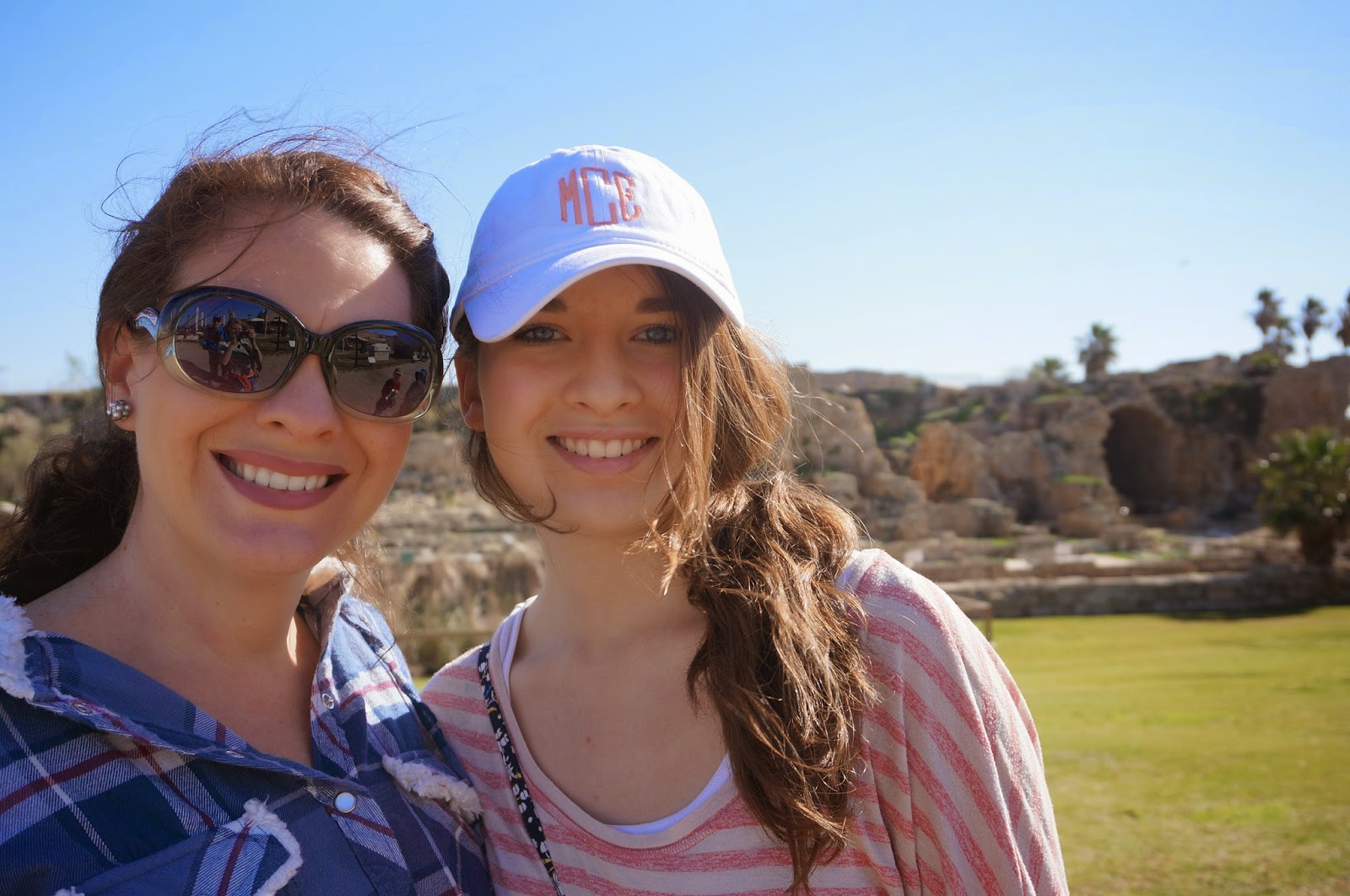 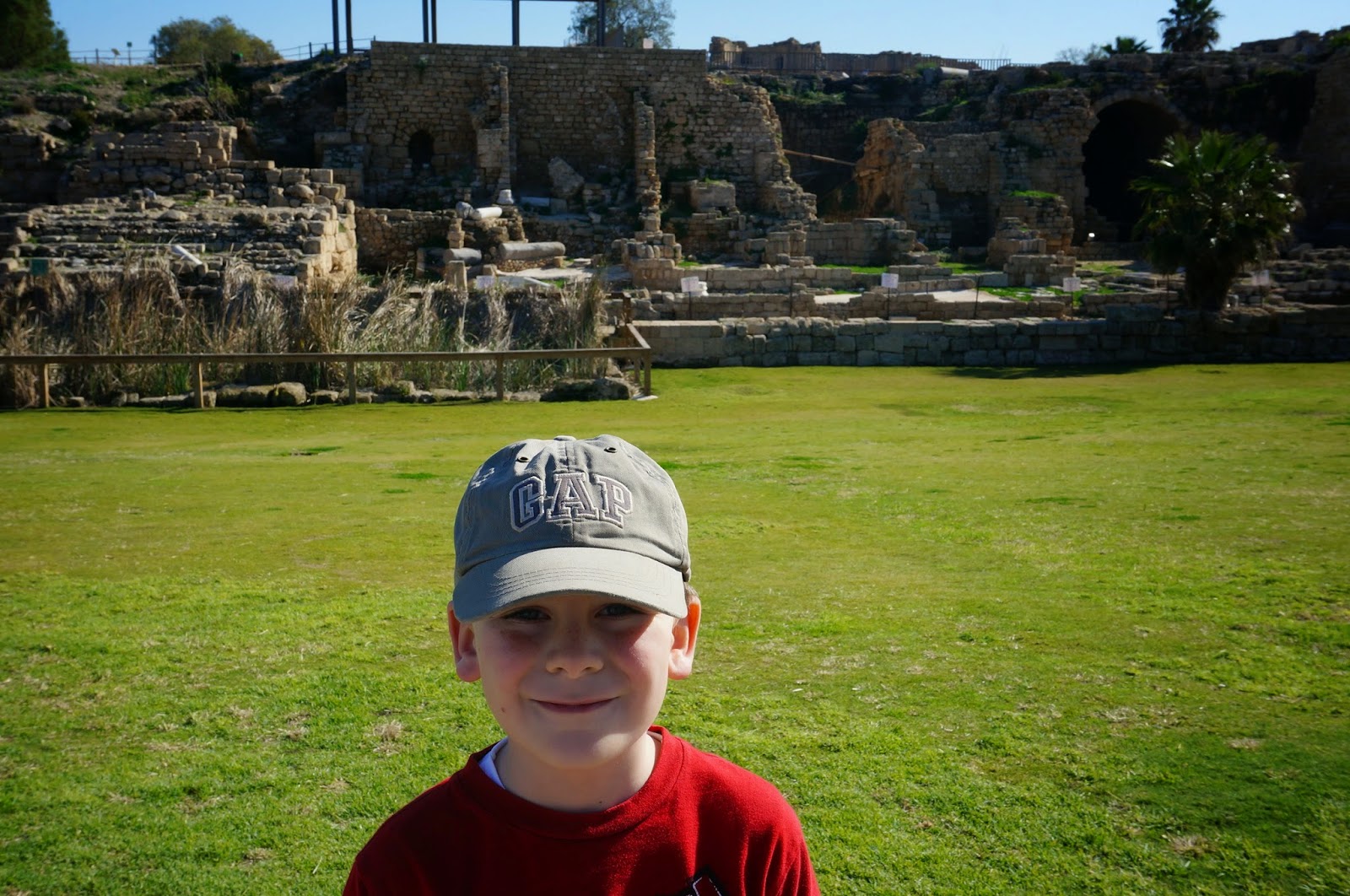 The kids were enthralled by the coast.  It was not rocky, not sandy, but full of perfect little seashells. 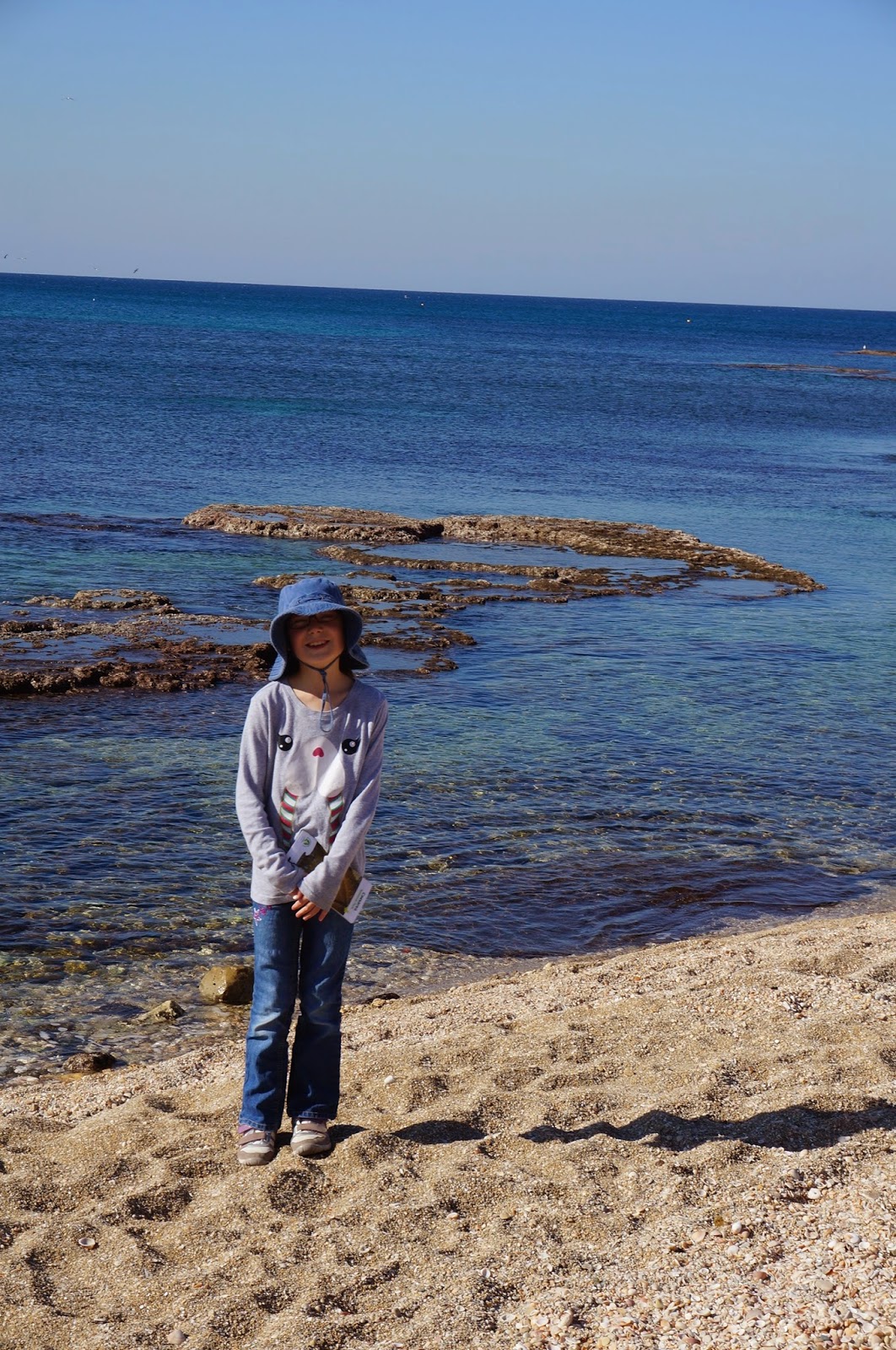 This is what the entire beach was made of! 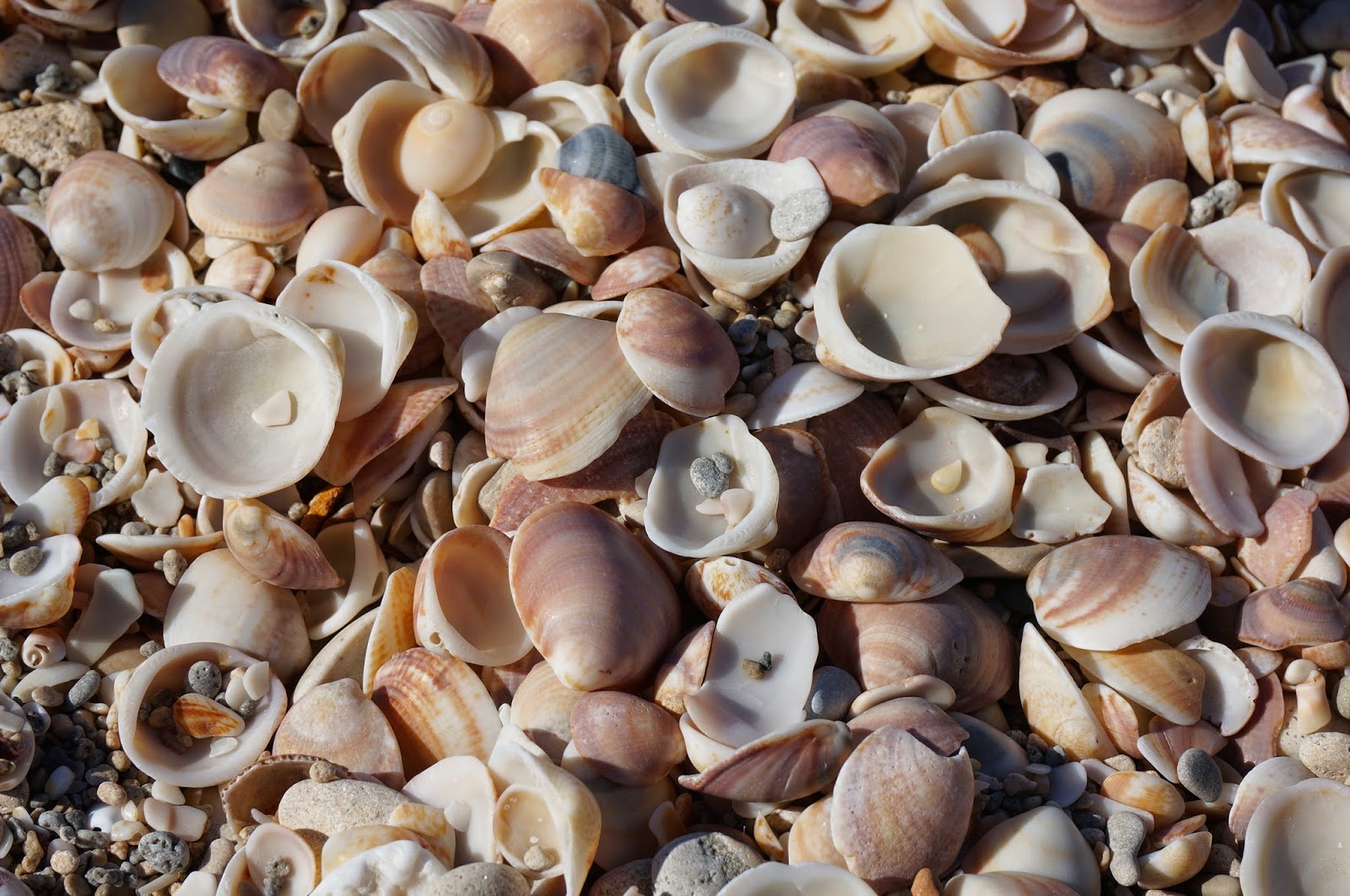 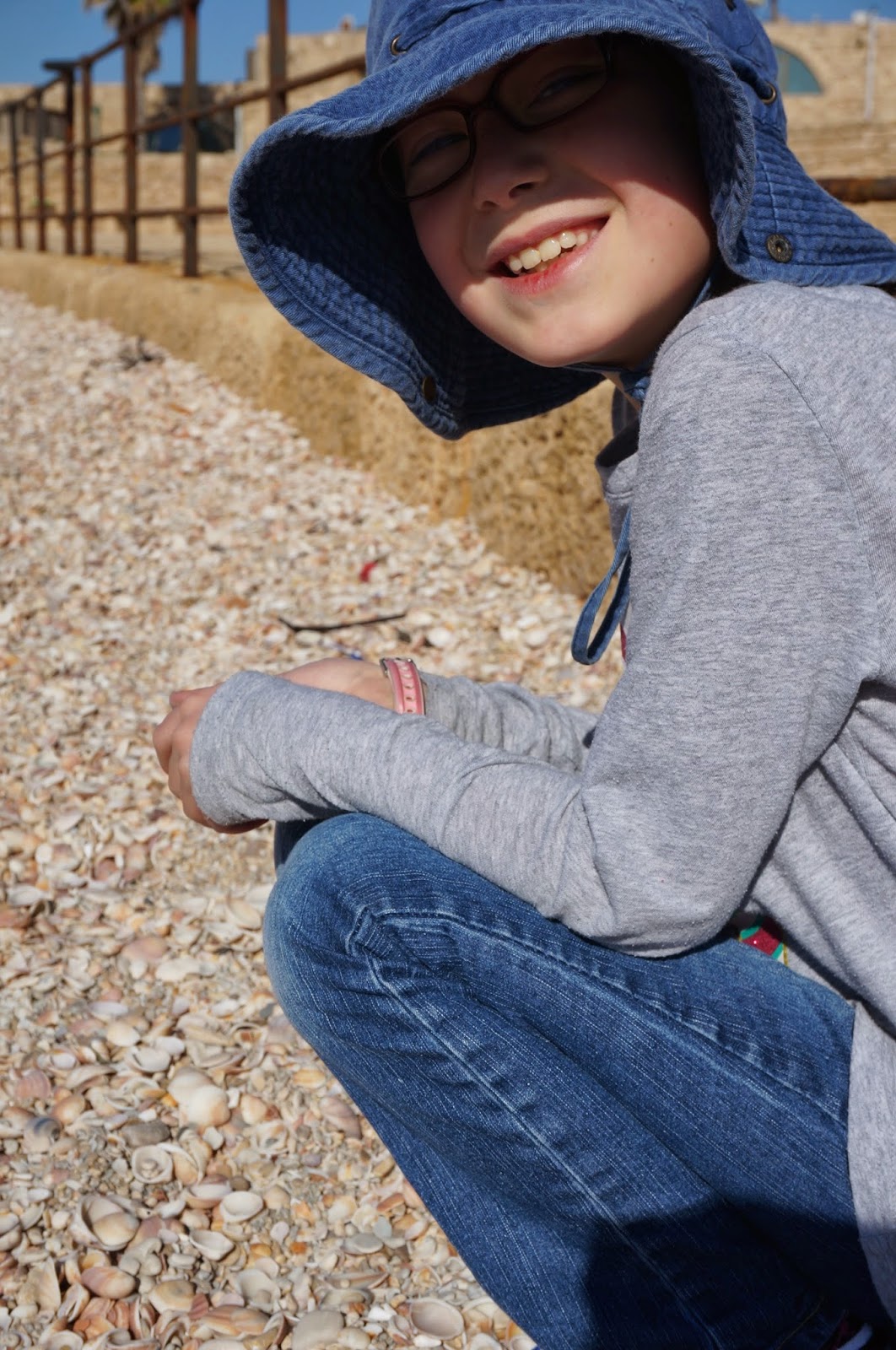 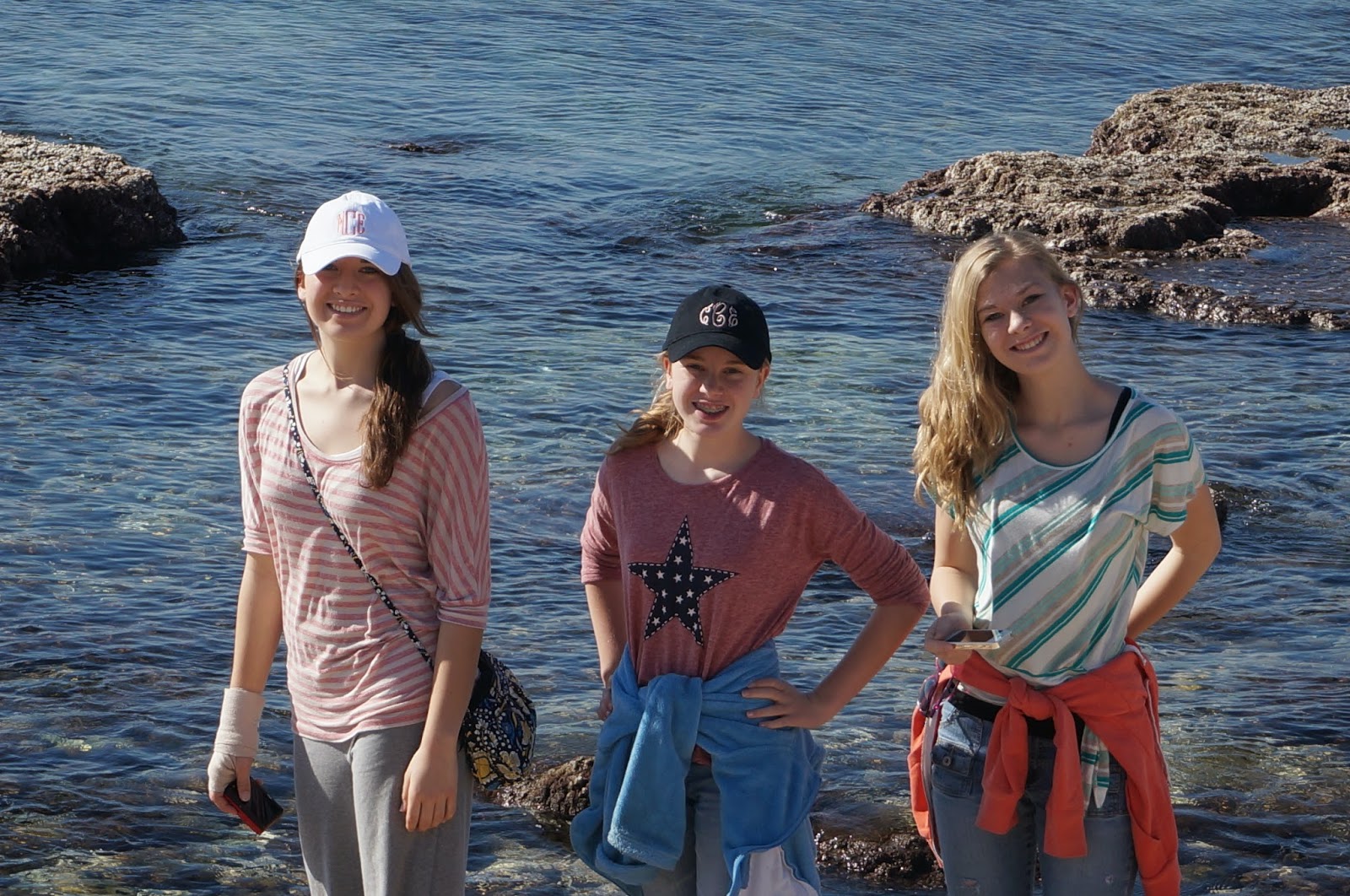 We got to go in and explore the ruins of Caesarea. 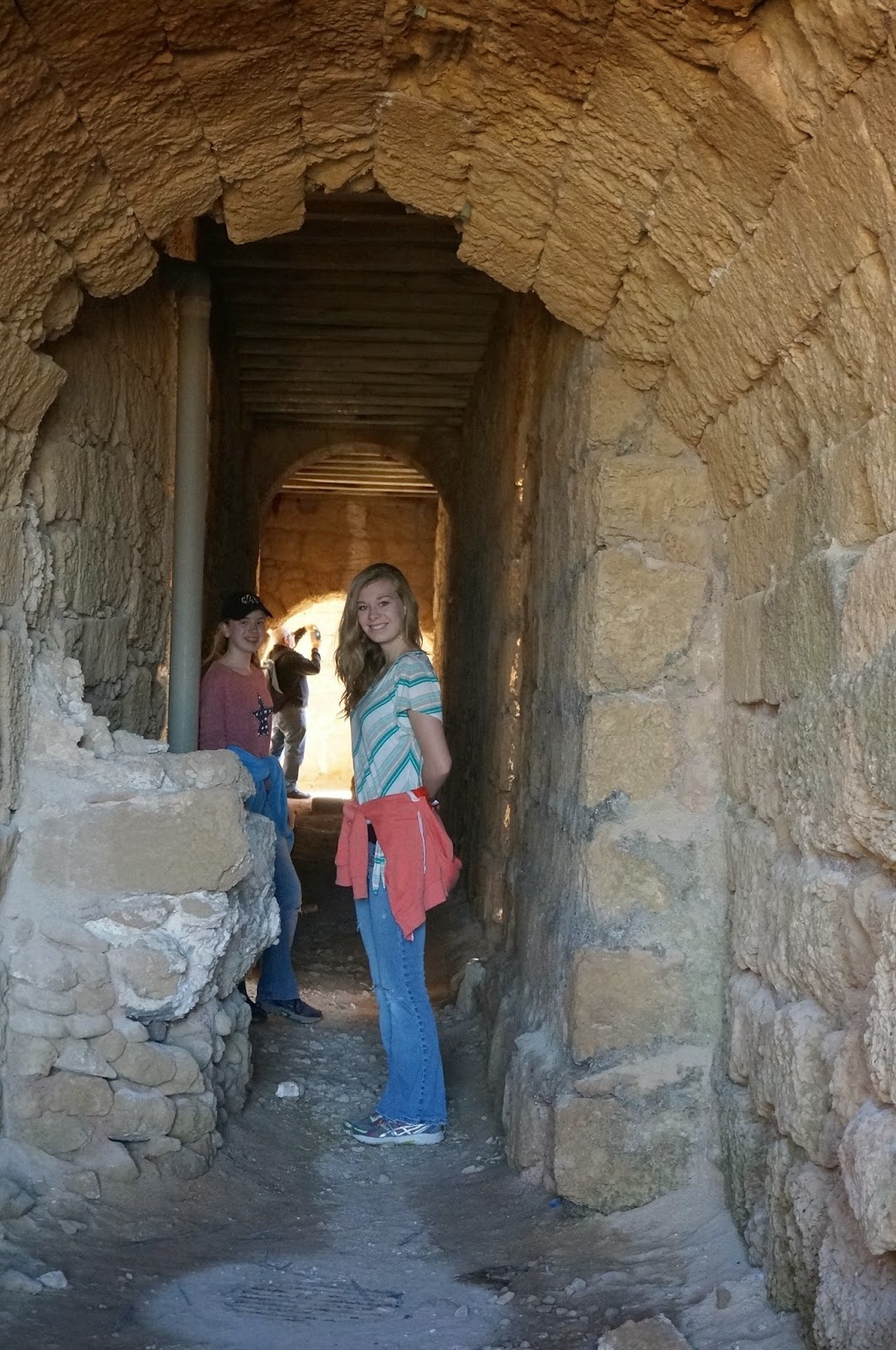 This was a replica made from a cast of an oil lamp found here. 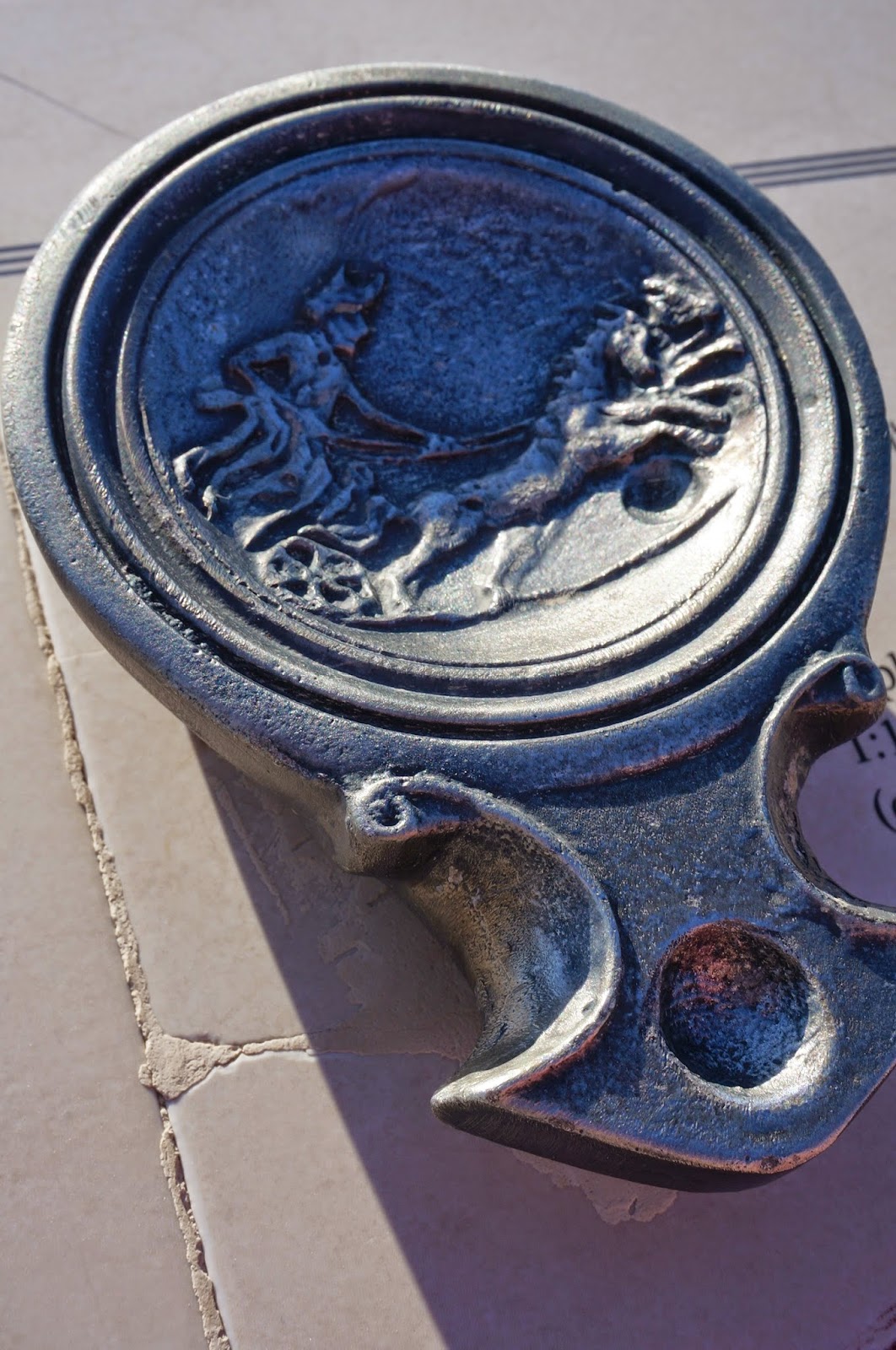 We read that this place hosted games and gladiator sports, as well as chariot races.  Just beyond this, the chariot track was plain to see. 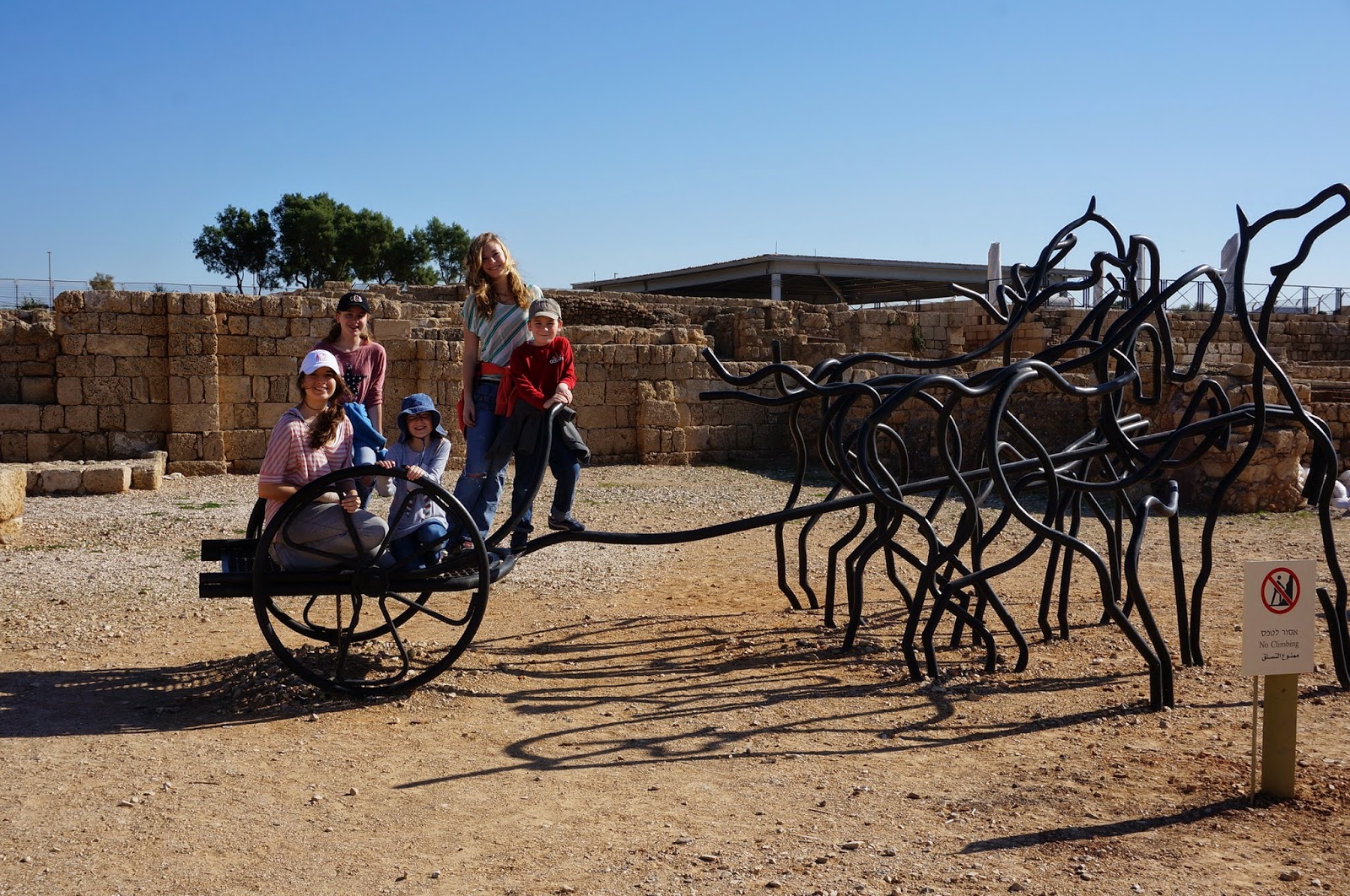 Here the excavators left a chunk of the original earth on the end, so we could see what they had to dig through to unearth this sports arena. 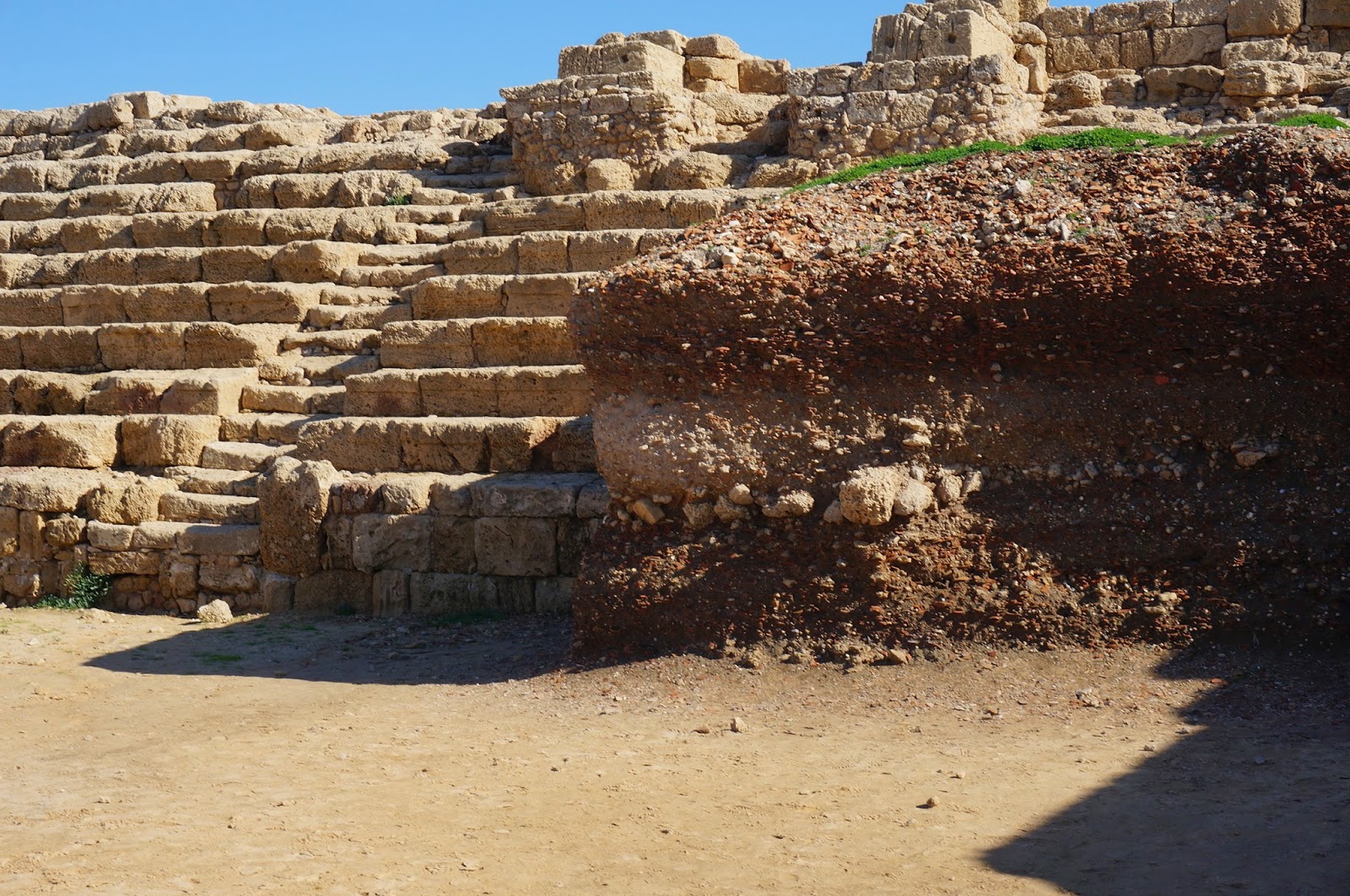 Out of these doors would come the men, ready to fight hungry animals. 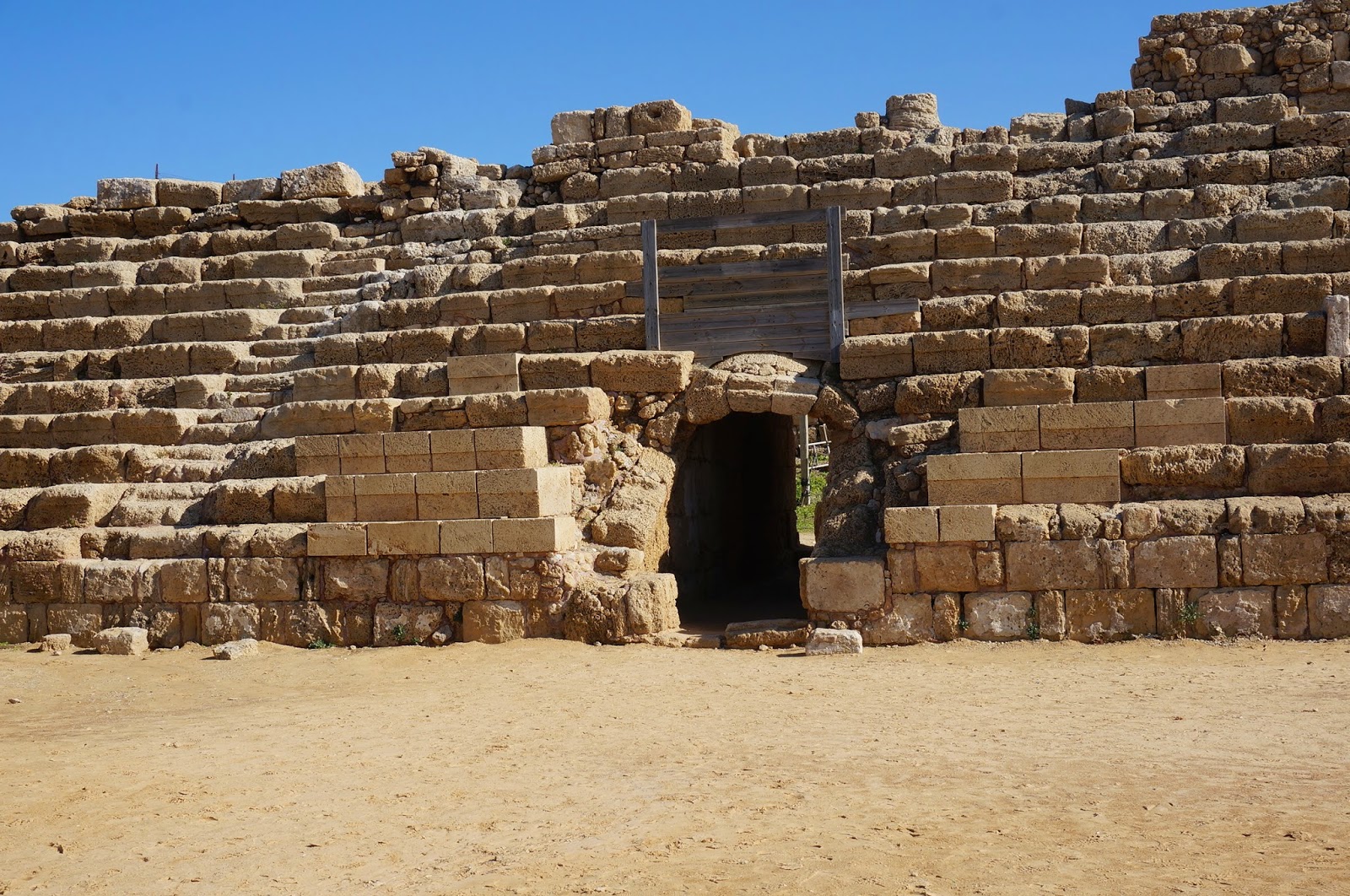 And this treasure was found here. Israel created this replica, then put the original in the museum in Jerusalem (which we would later see). The inscription read, "Pontius Pilatus, the prefect of Judaea, erected a building dedicated to the emperor Tiberius." THE Pontius Pilate! 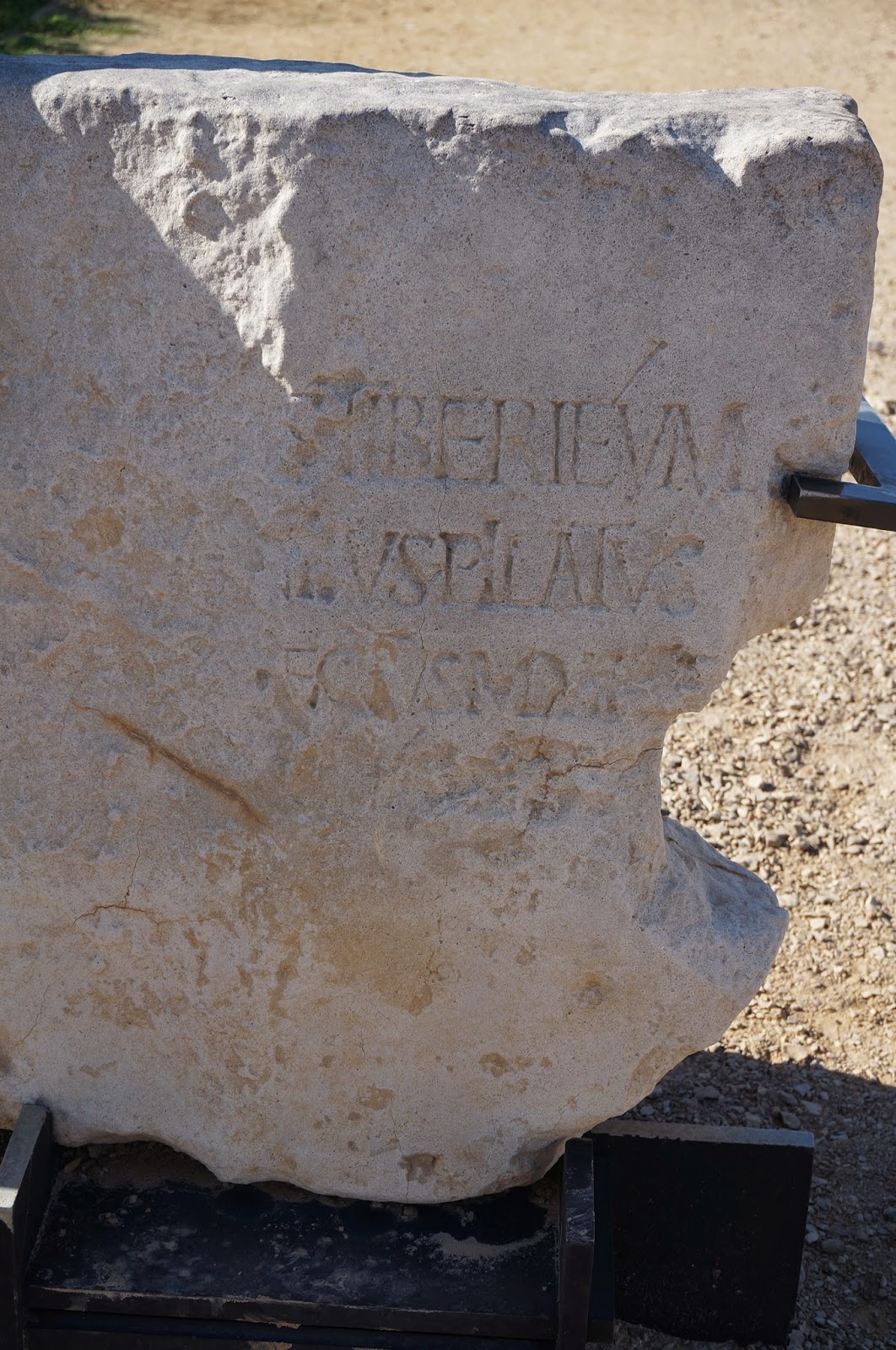 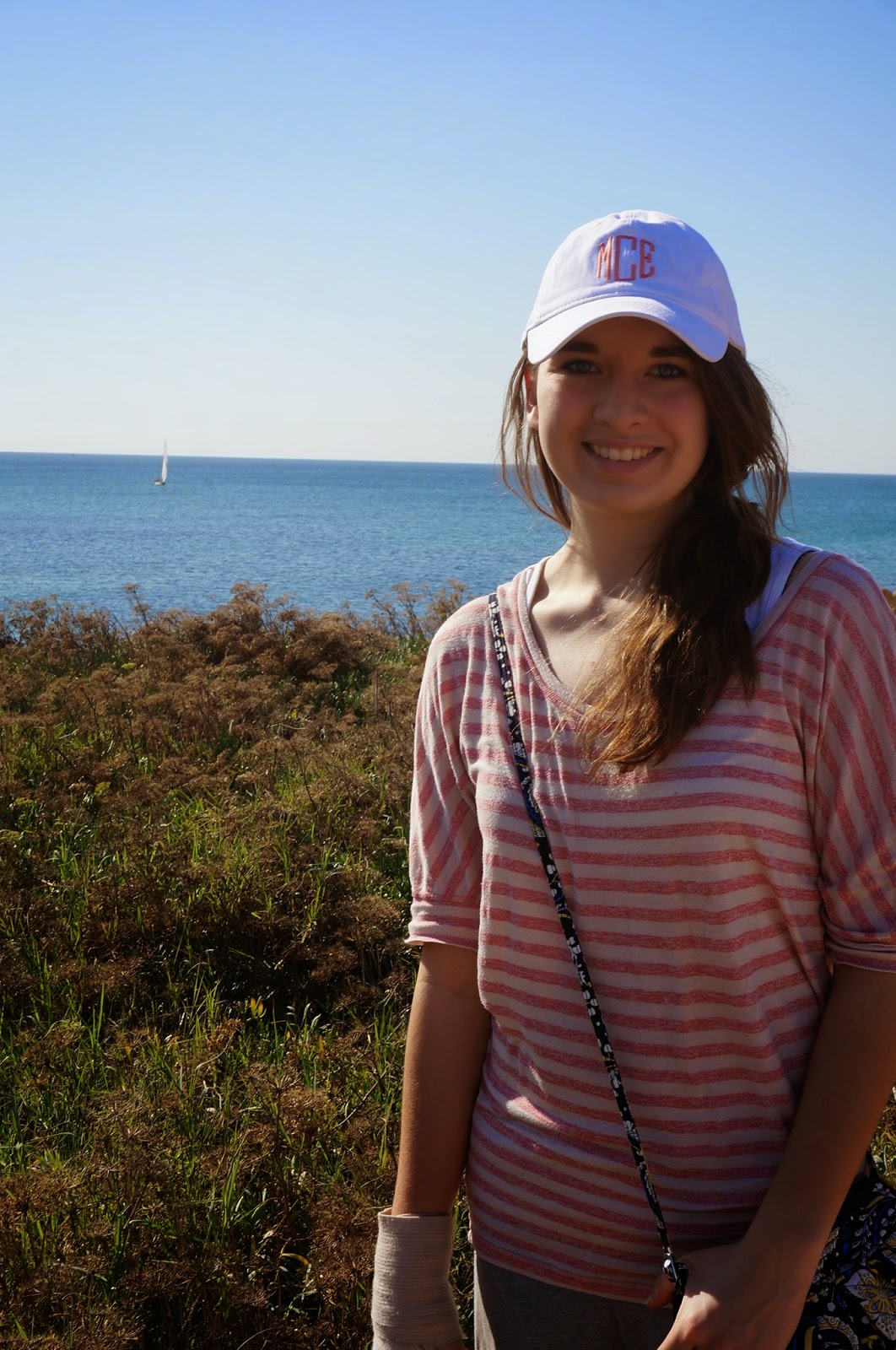 It was easy to get a nice panorama of this place. Can you imagine waking up to this this every morning? Evidently Herod wanted to!

We quickly walked through the theater on our way out. We read that many of the original rocks were brought in from Turkey. 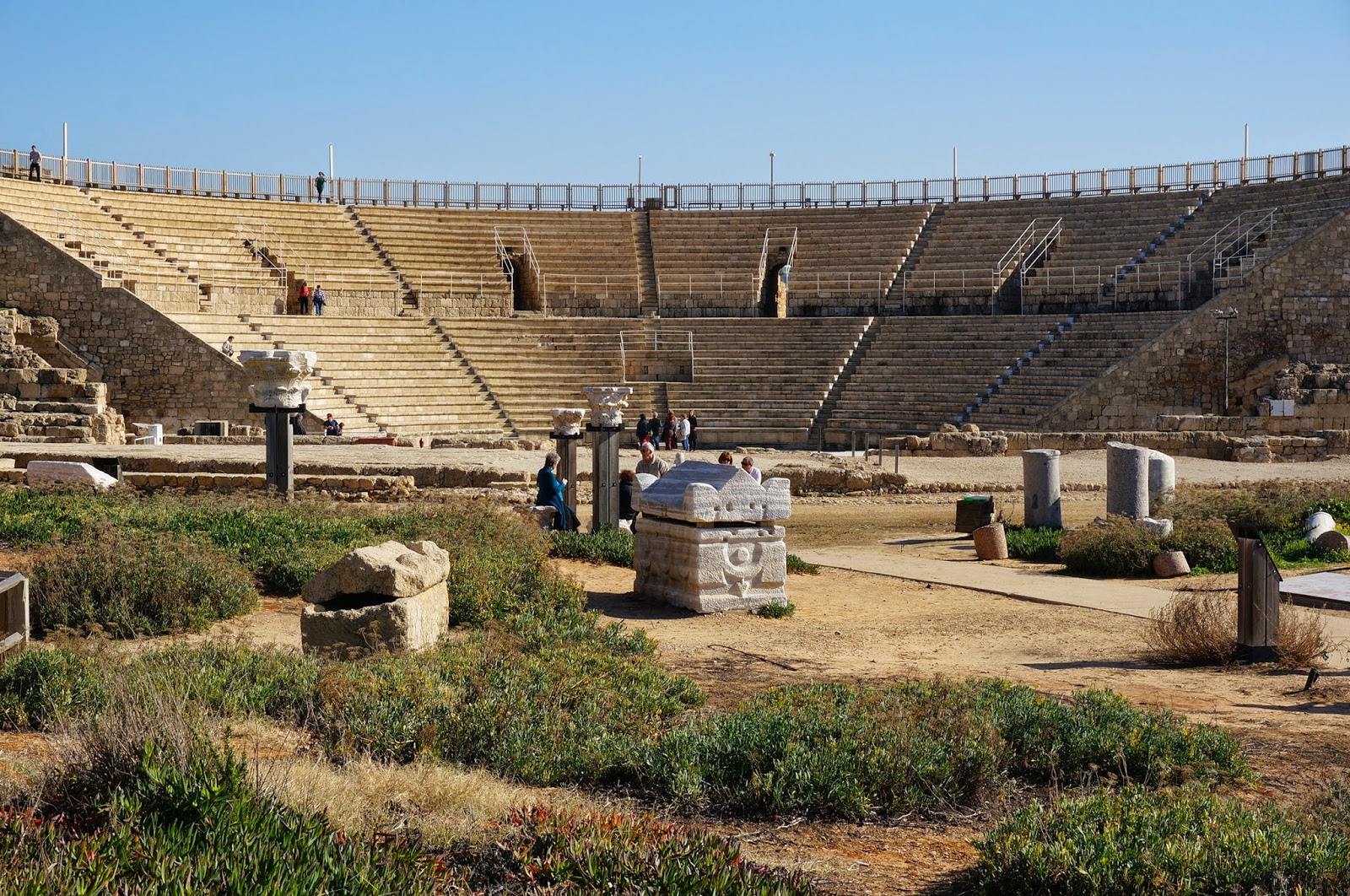 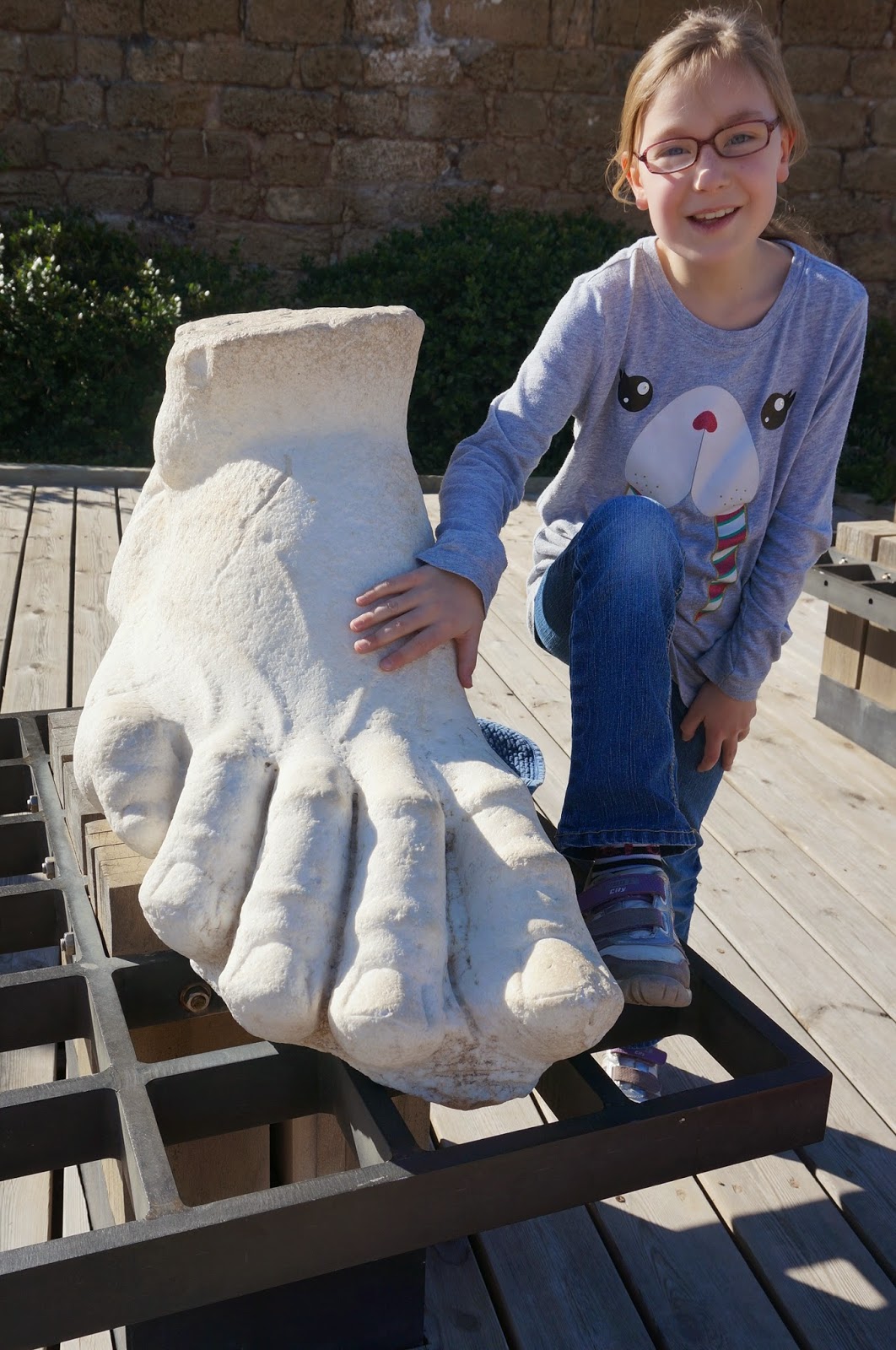 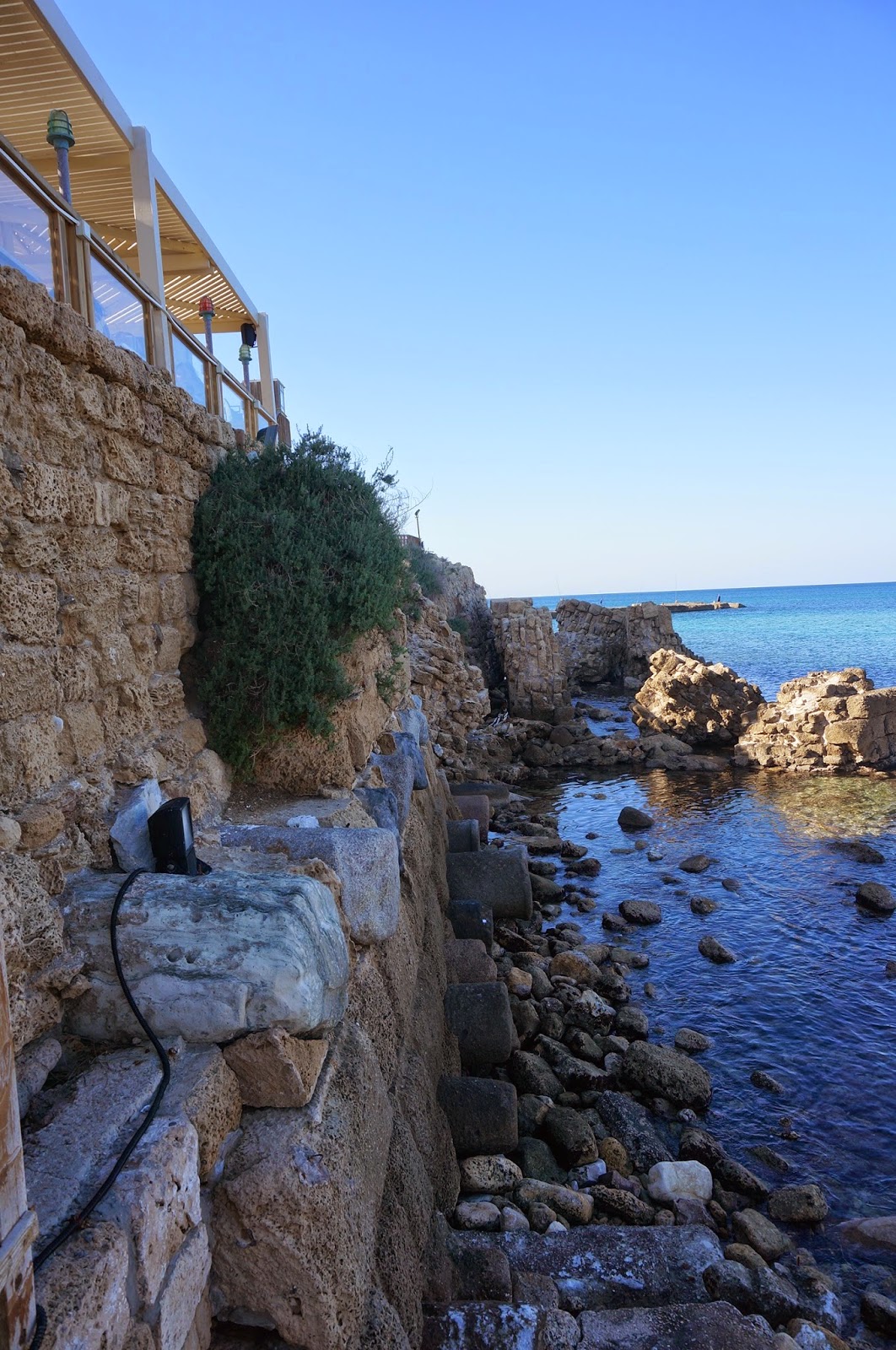 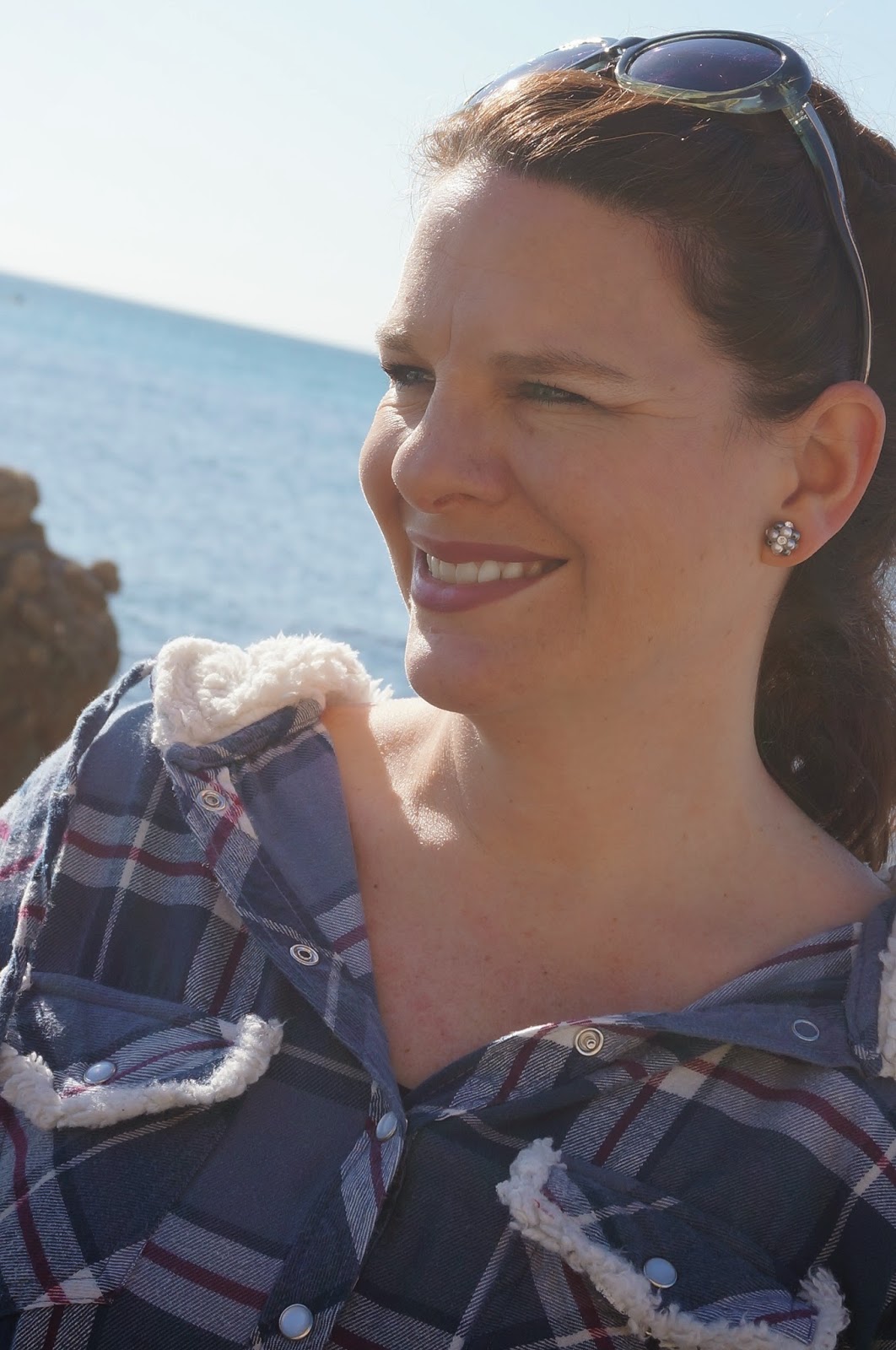 The names everywhere fascinated me! Mordecai, Esther, Levi, Eva, Sarah, Nahum, Hezekiah, Zadok, Ben-everything (it means "son of")...all of the names I read in my Bible...on signs, on streets, on people's nametags. I wish I had started photographing all of them for one blog post, but most of the time we were whizzing by in the car. 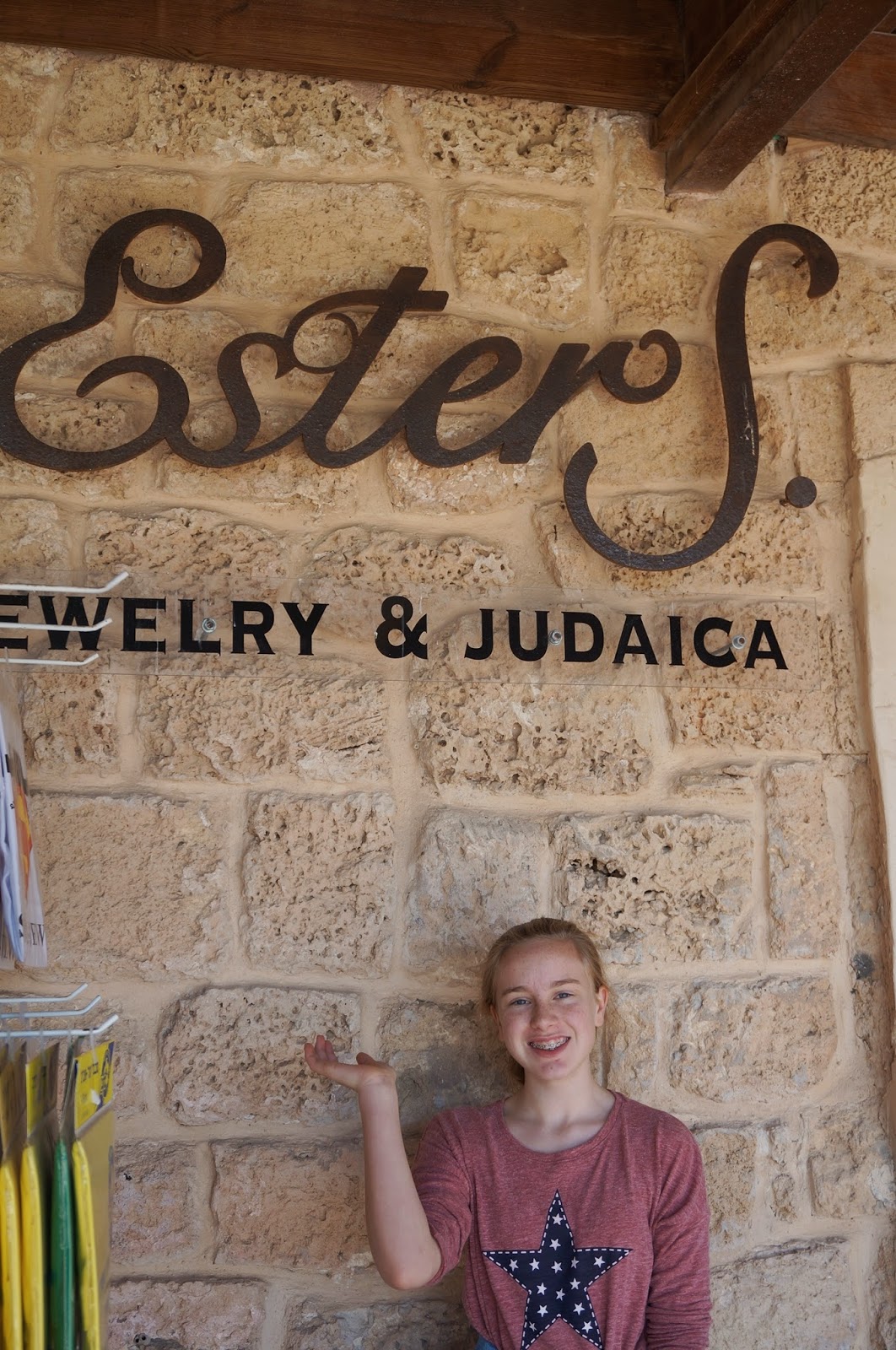 Our first stop was a good one! Great ruins, great history, great fun! 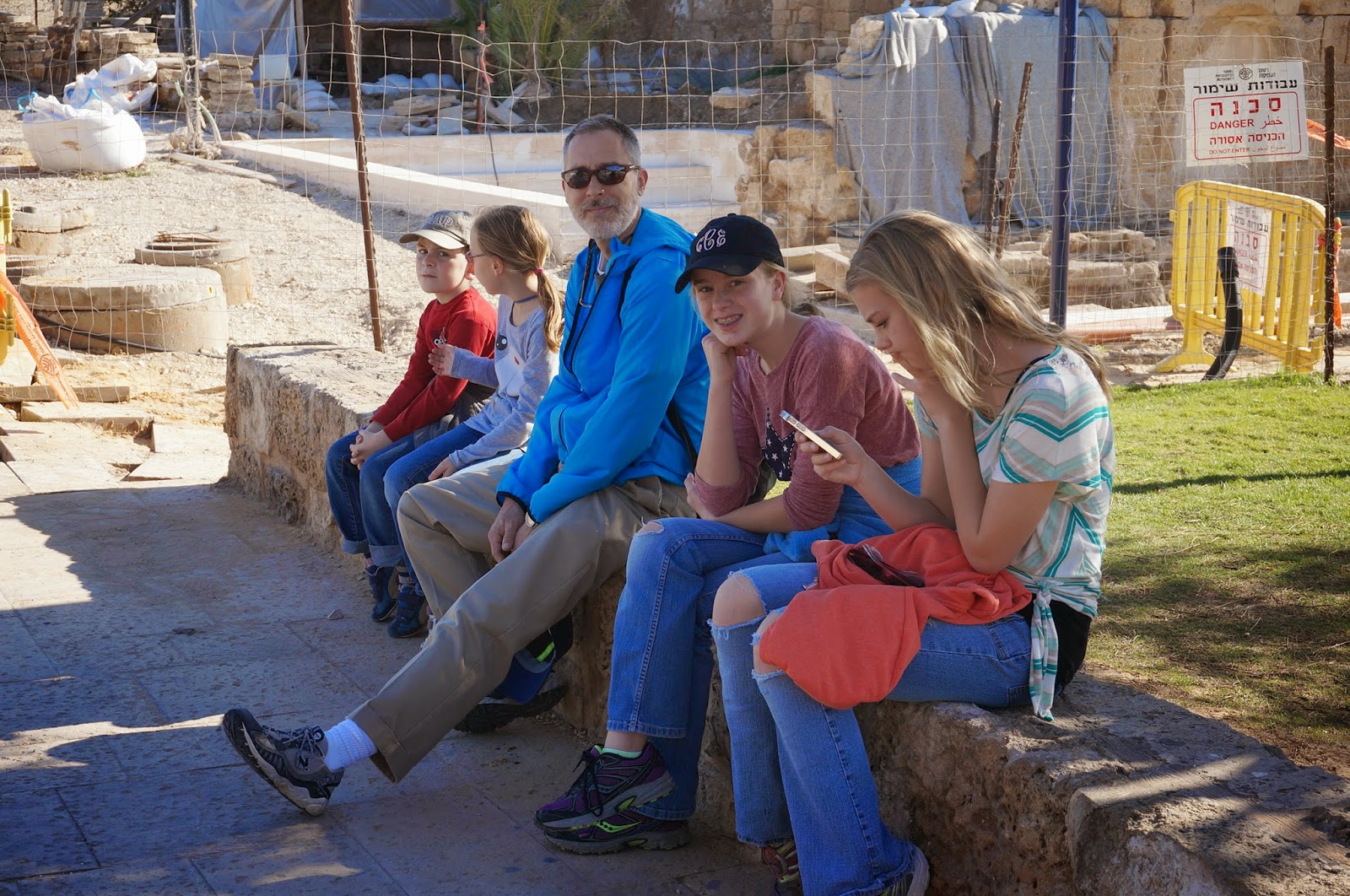 Soon, we would be back on the road...with a stop at Telmaggido, then on to Galilee!
Posted by Sara Campbell at 12:25 PM

I'm loving these posts! This contains one of my favorite pictures of the kids.