Israel: Coming Down the Mount of Olives

All points of Israel were heavily guarded. We noted the attire included riot and bomb gear, as well as bullet proof vests and automatic rifles for every police and military person. Military service is mandatory for every Israeli, including women. 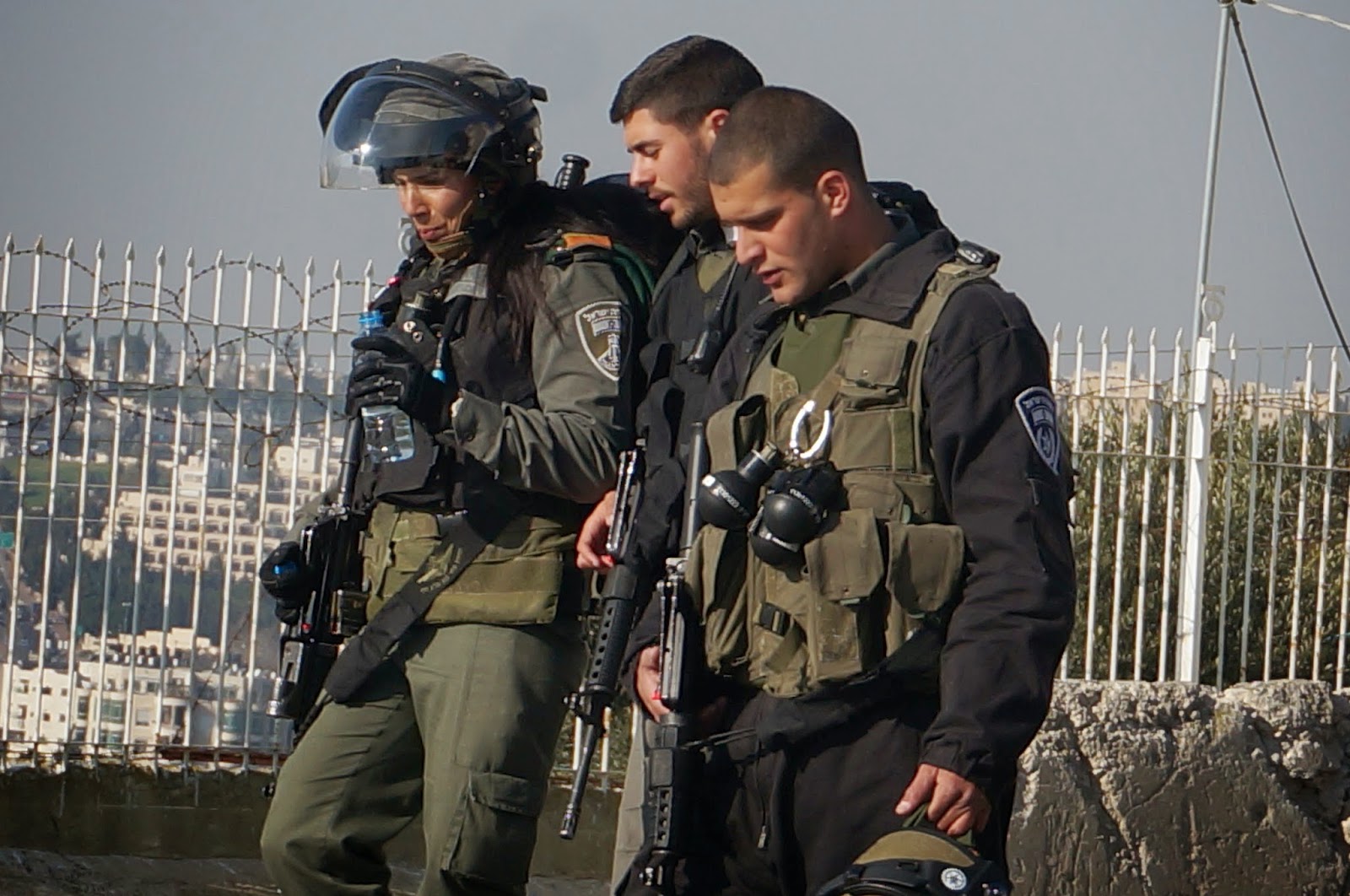 We began our descent of the Mount of Olives. We talked to the kids about it being where the very road upon which Jesus rode his donkey would have been, where palm branches were laid for him. 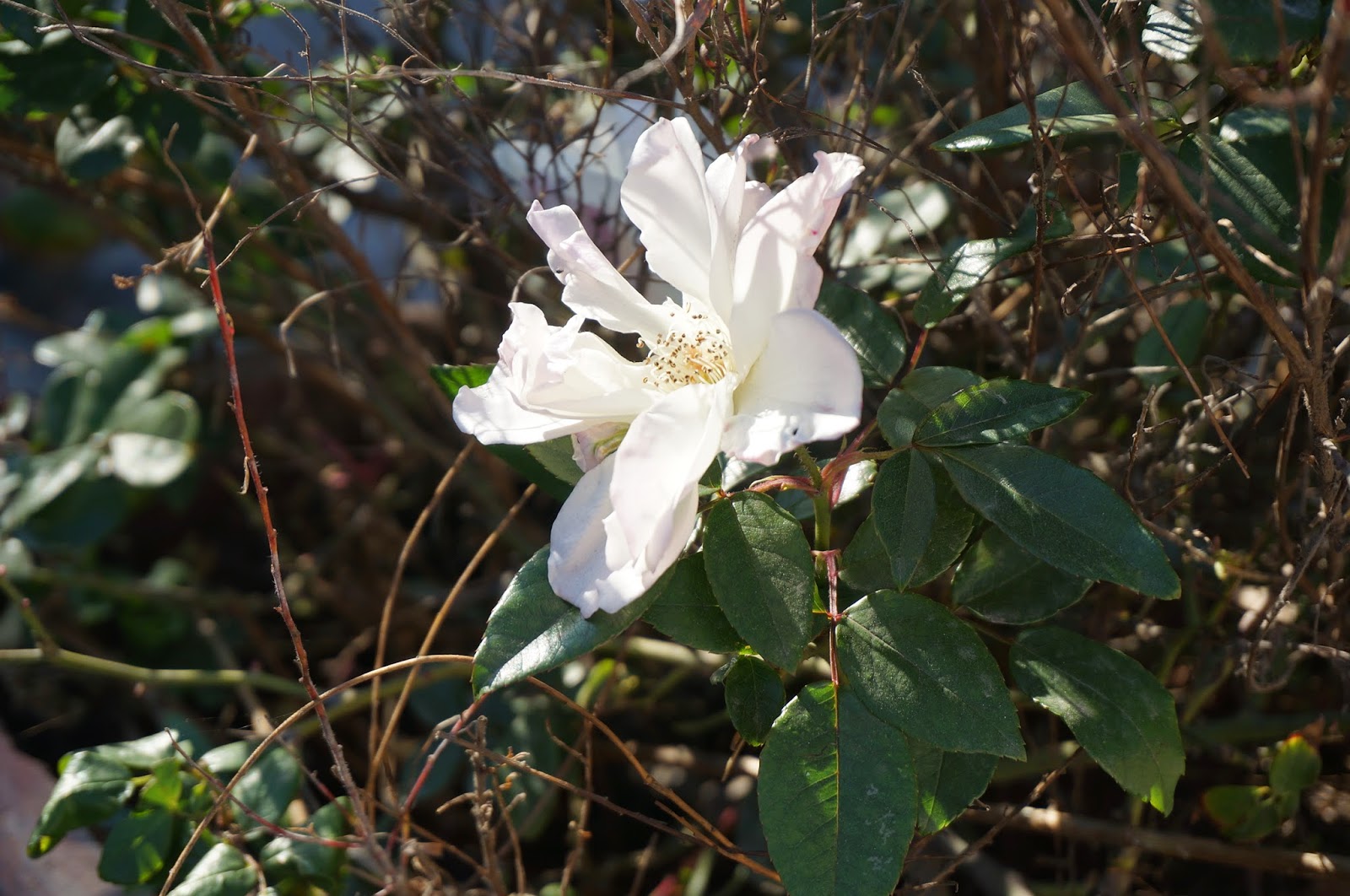 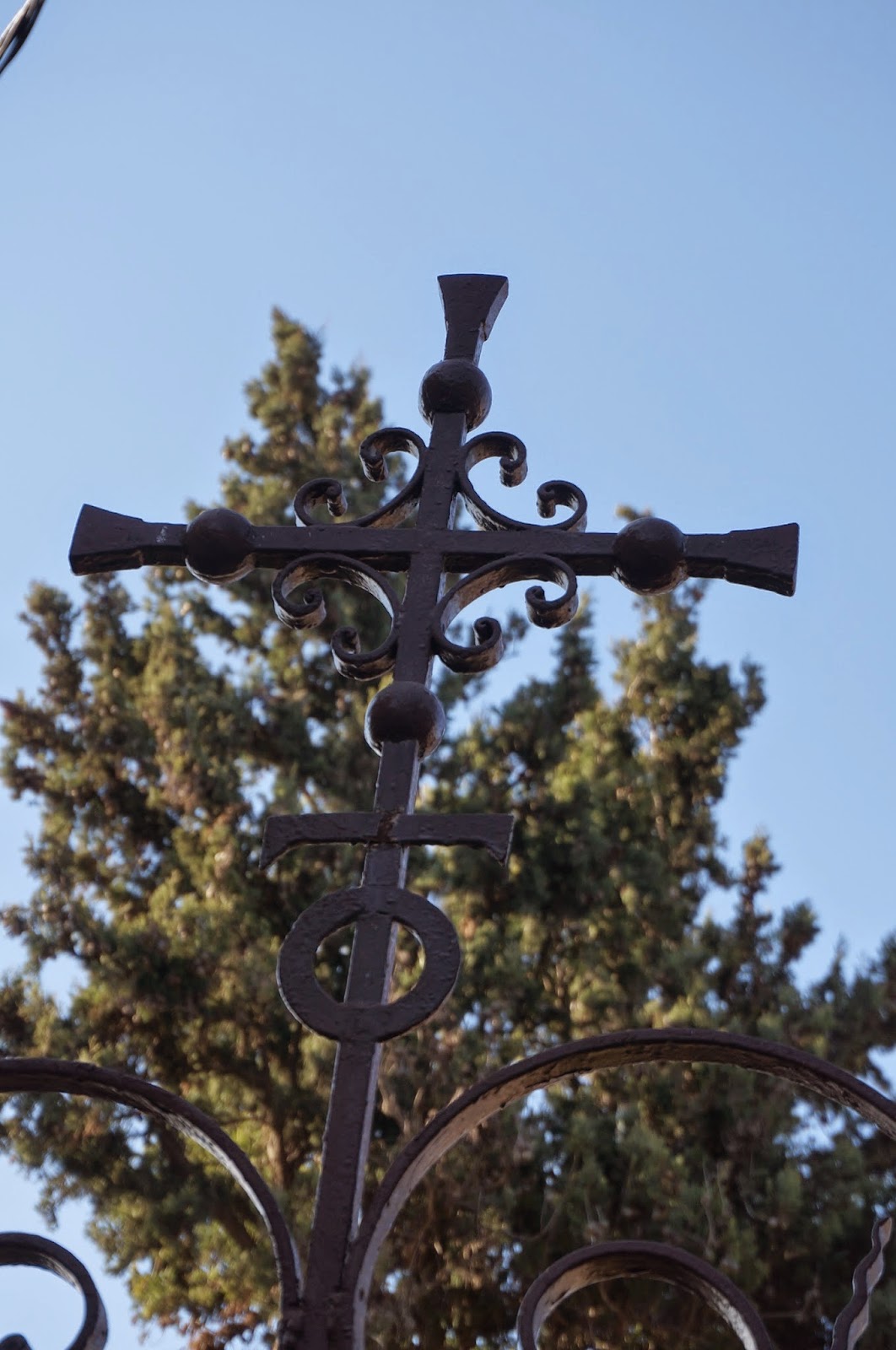 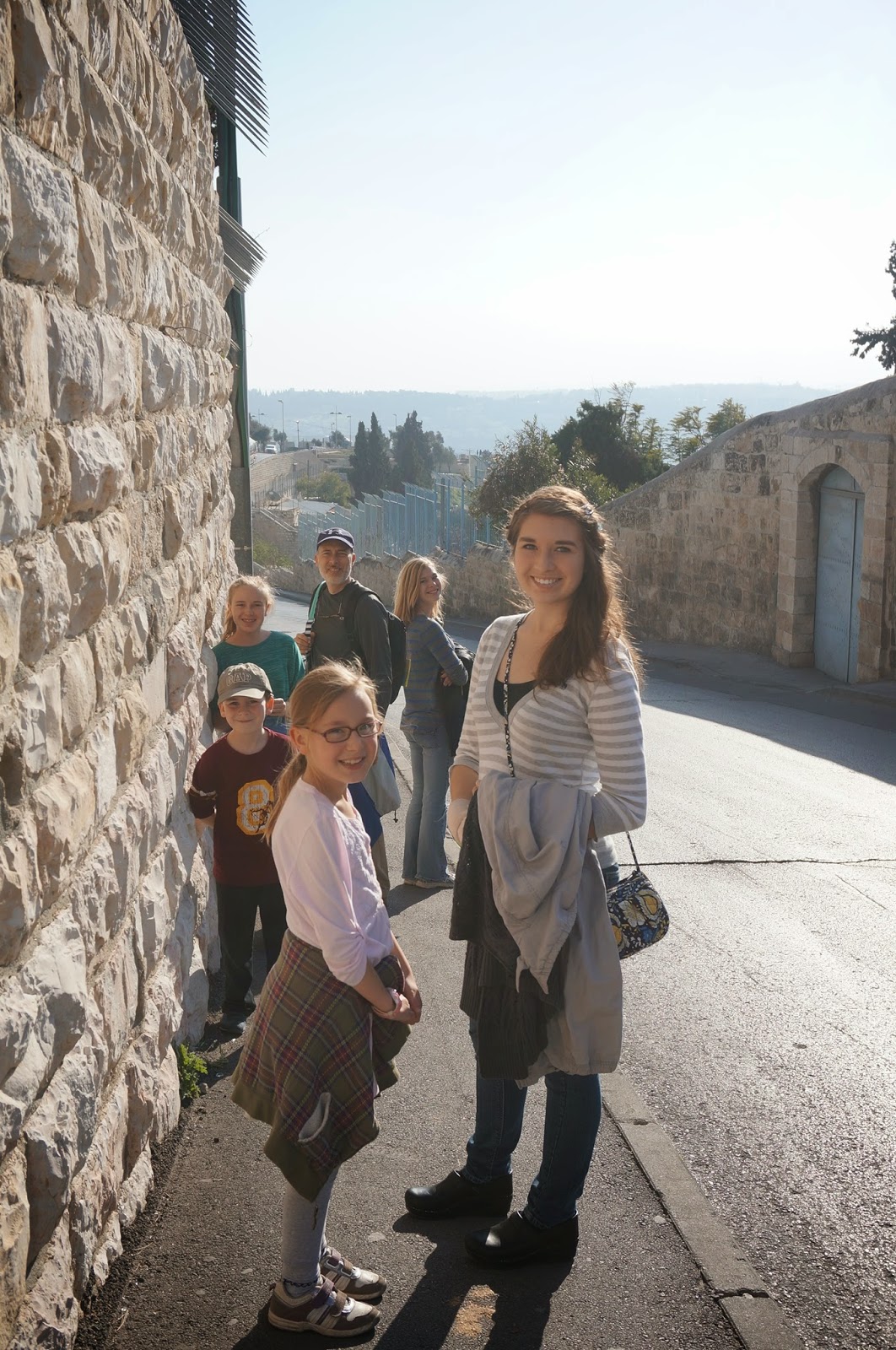 We were high enough to see the Dome of the Rock and the Temple walls surrounding it. 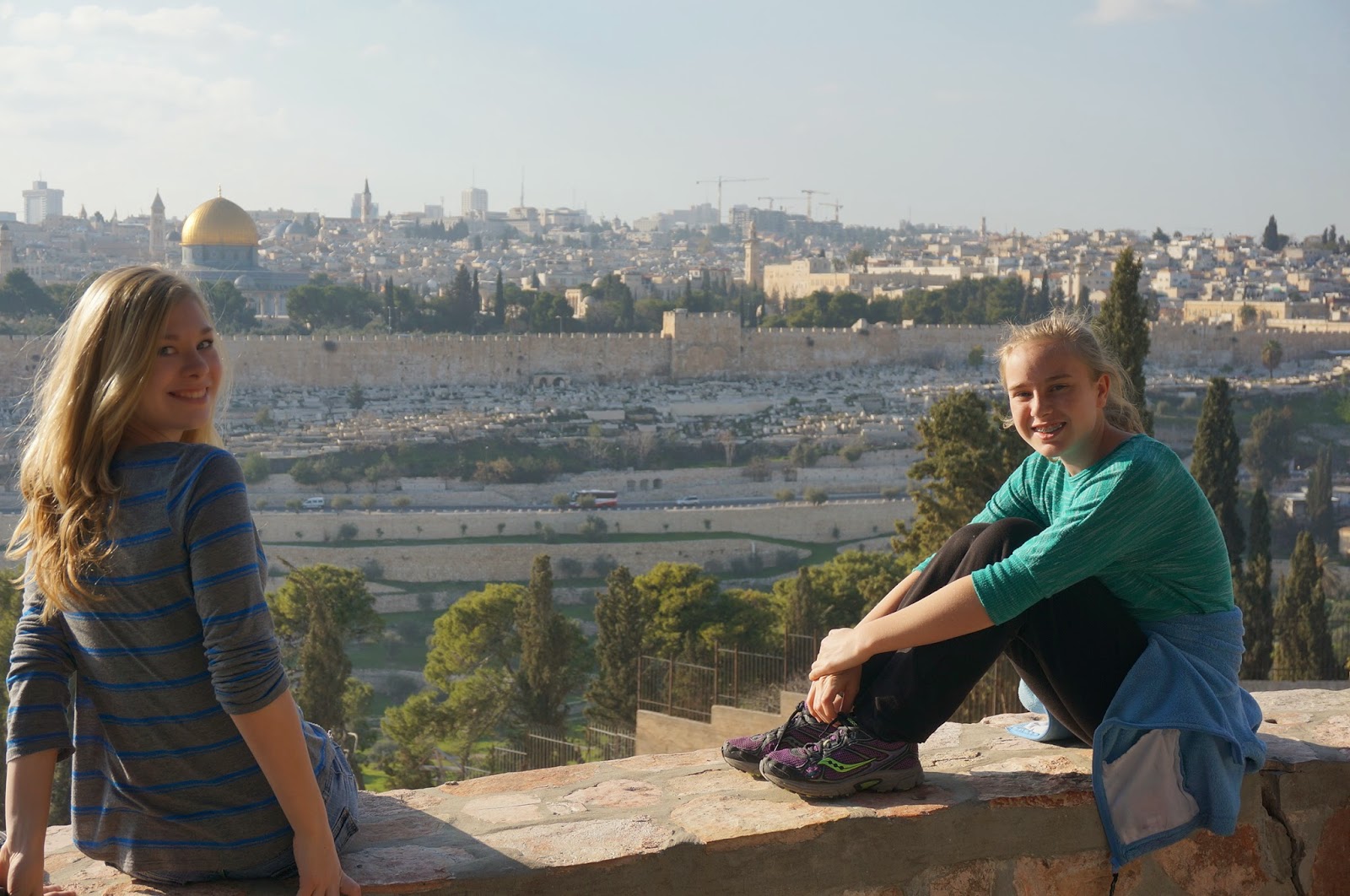 I'm smiling a brave smile, but I was in a lot of pain. At this point, I dug out a couple of granola bars from my stash and divided them for us. CC wondered where I had gotten them, then pulled out an identical one of his own. "Grandma?" We had both packed a couple of bars from our leftover flight care packages made last summer as we flew out of Nashville! Grandma fed us even in Israel! 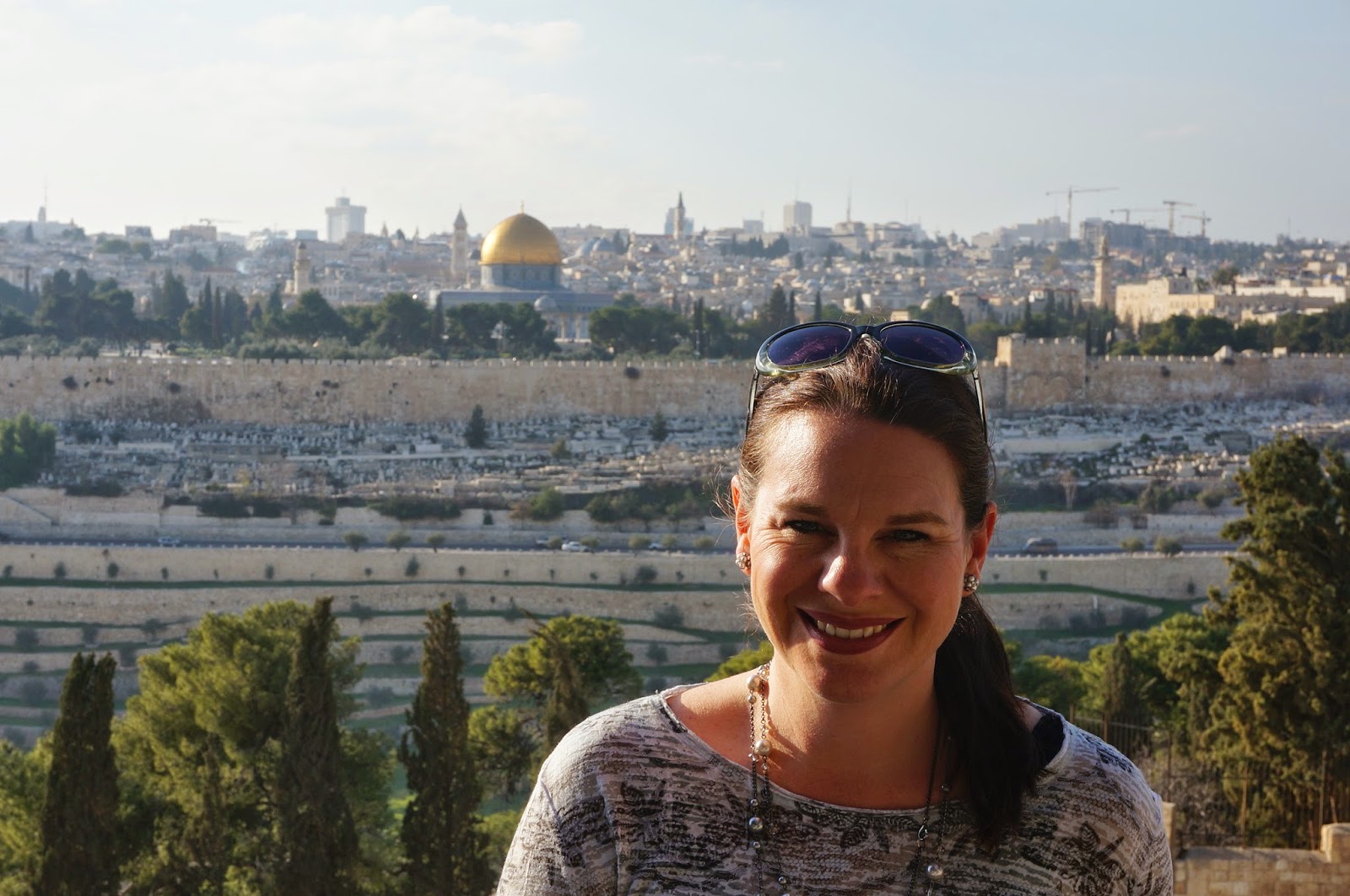 The graves I told you about are in the backdrop. 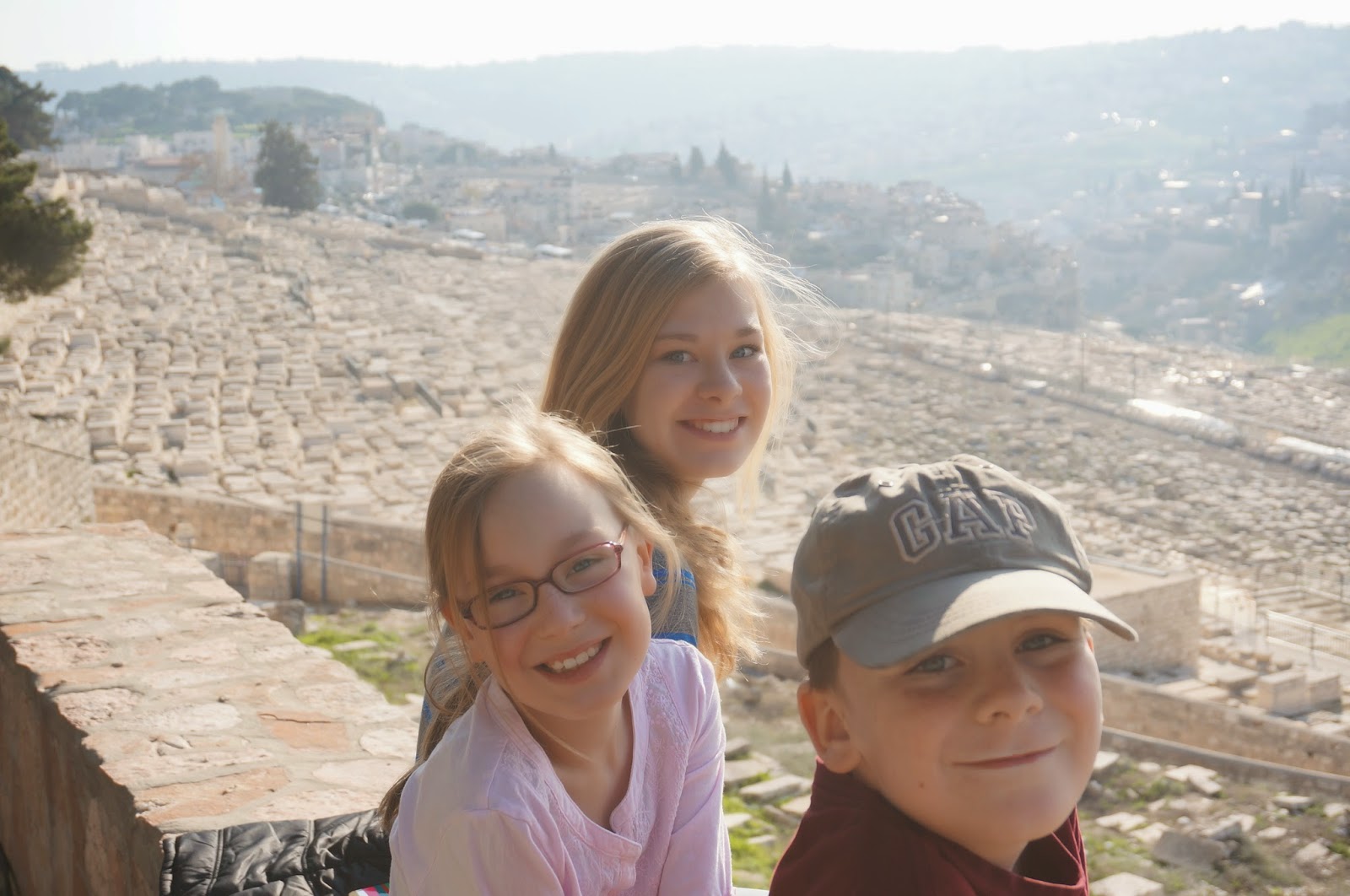 We stopped for a quick rest at this beautiful garden and church. It is believed this is where Jesus would have looked out upon Jerusalem, felt sorrow, and predicted its fall. It faces the West toward Jerusalem. The church was built in the 1950's, in the shape of a tear drop, and the name, Dominus Flevit, means "The Lord Wept." 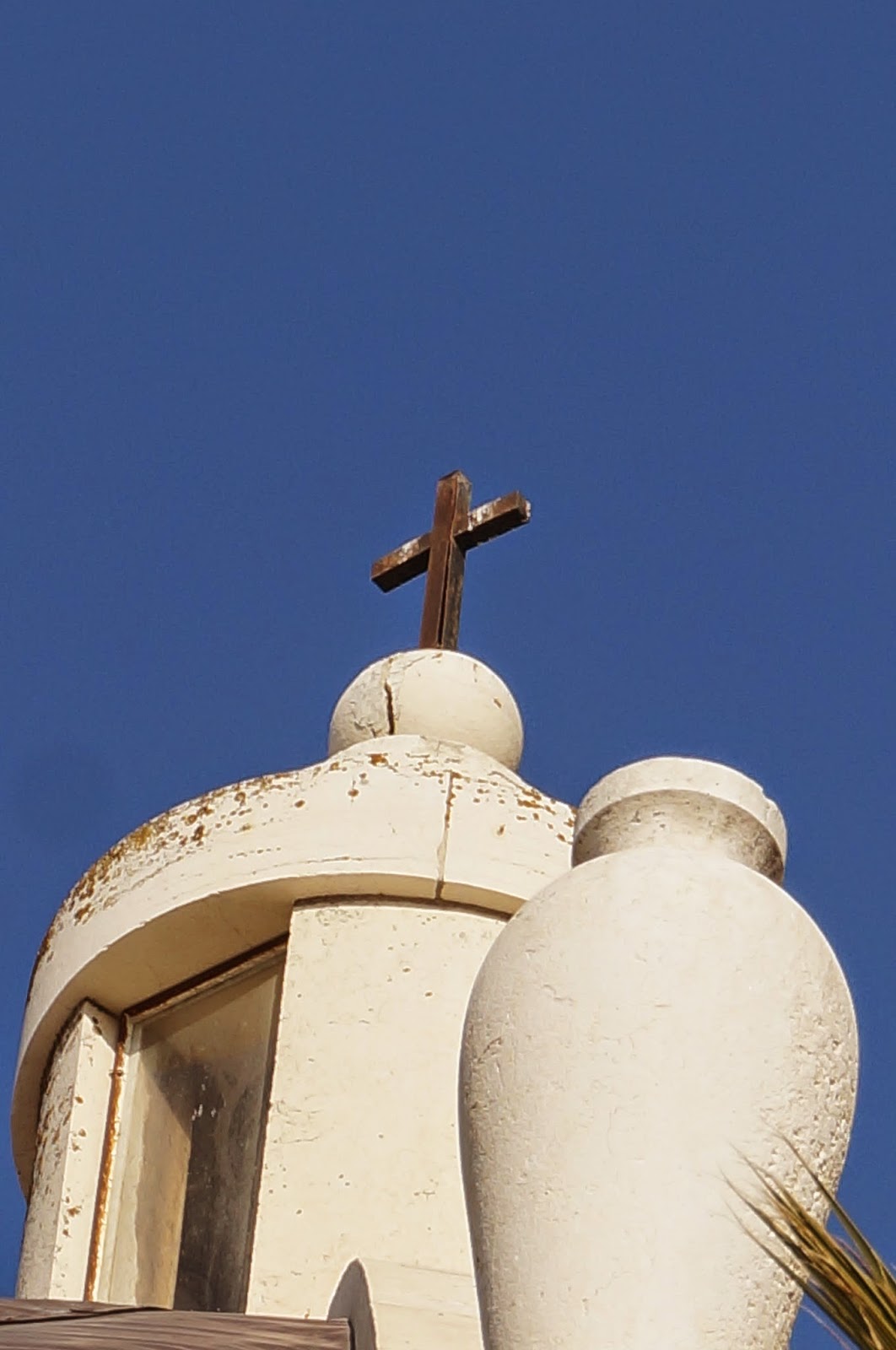 As the others sat upon the wall looking out on Jerusalem, I slipped into the small chapel. 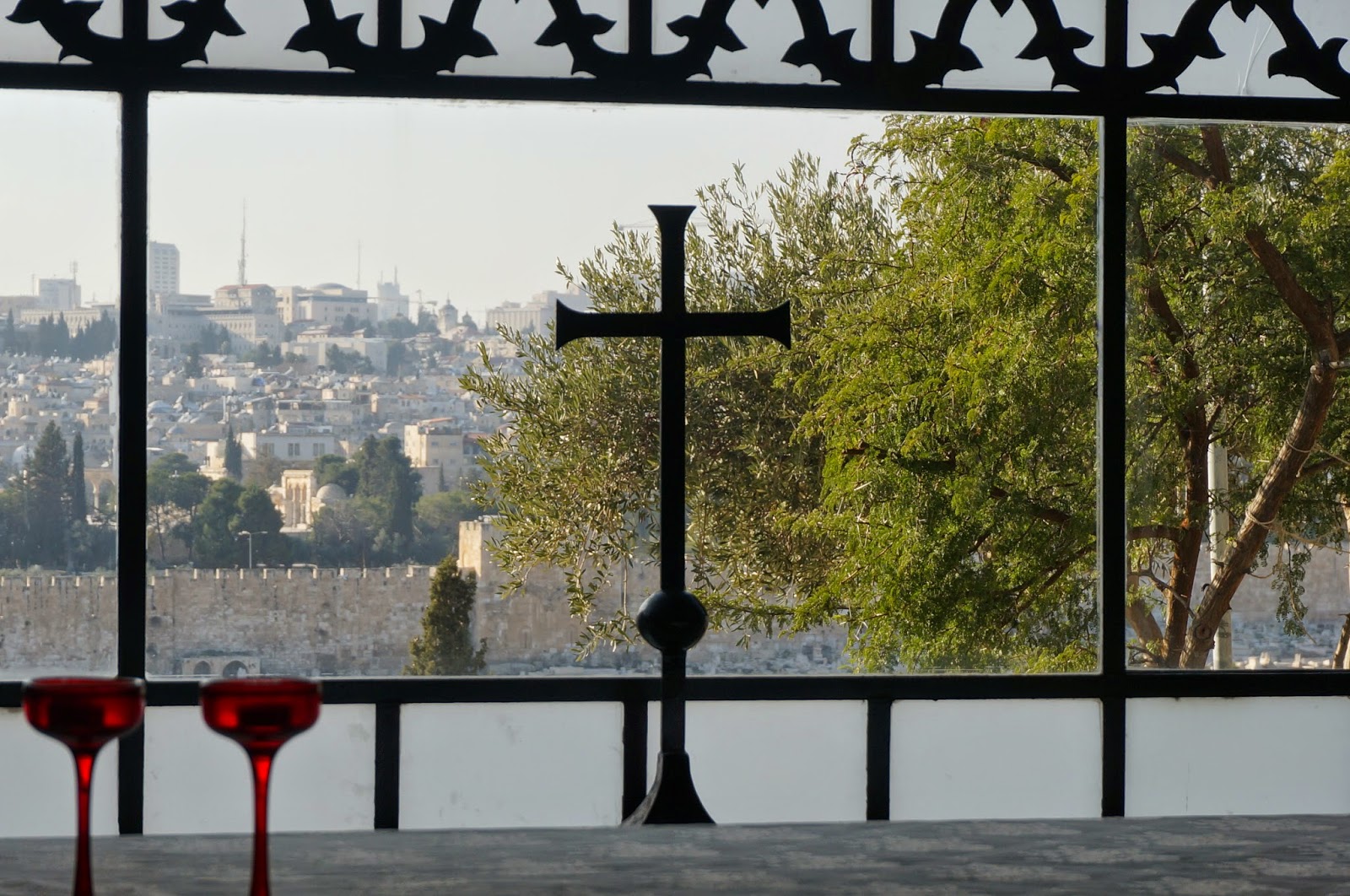 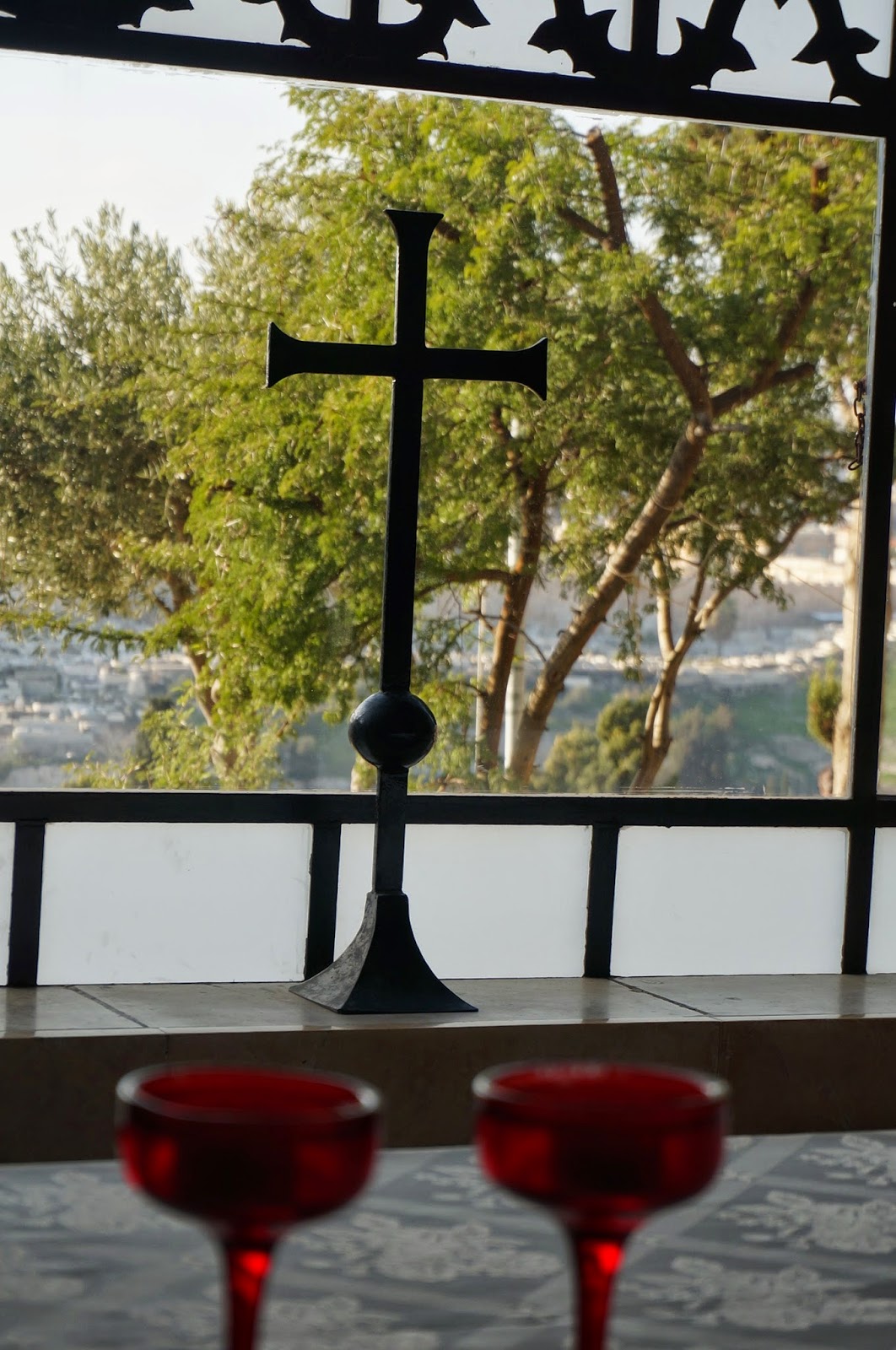 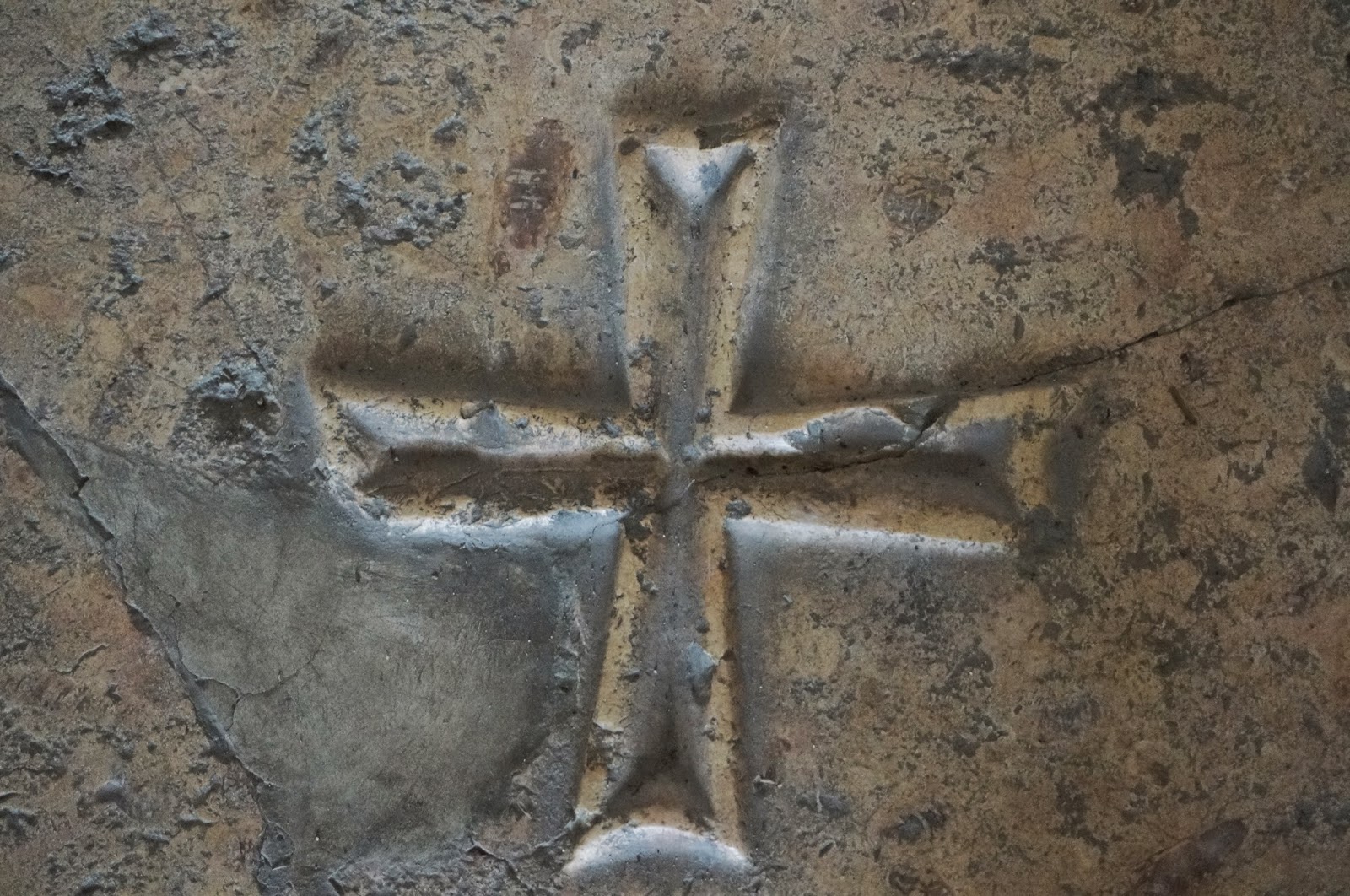 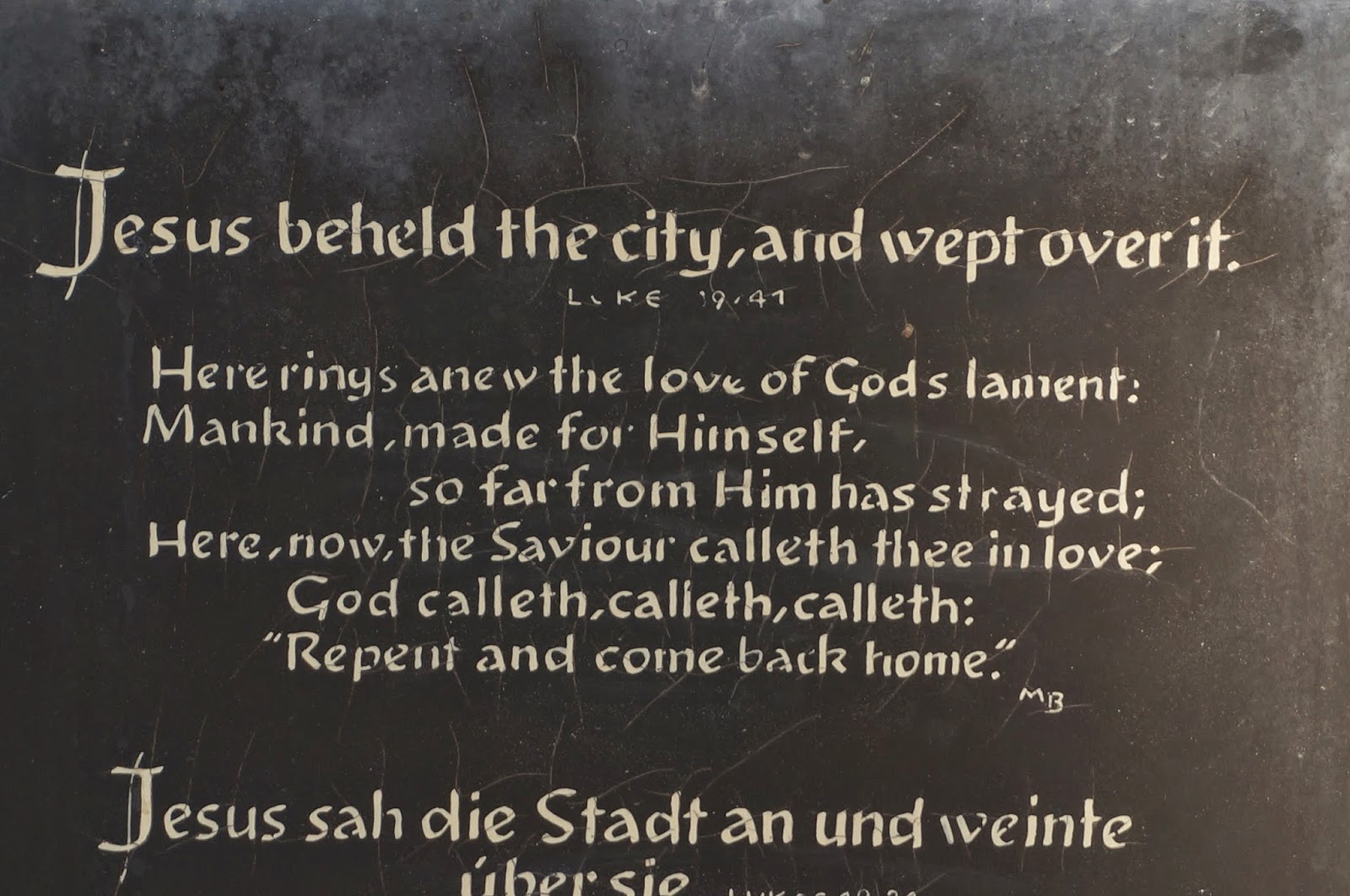 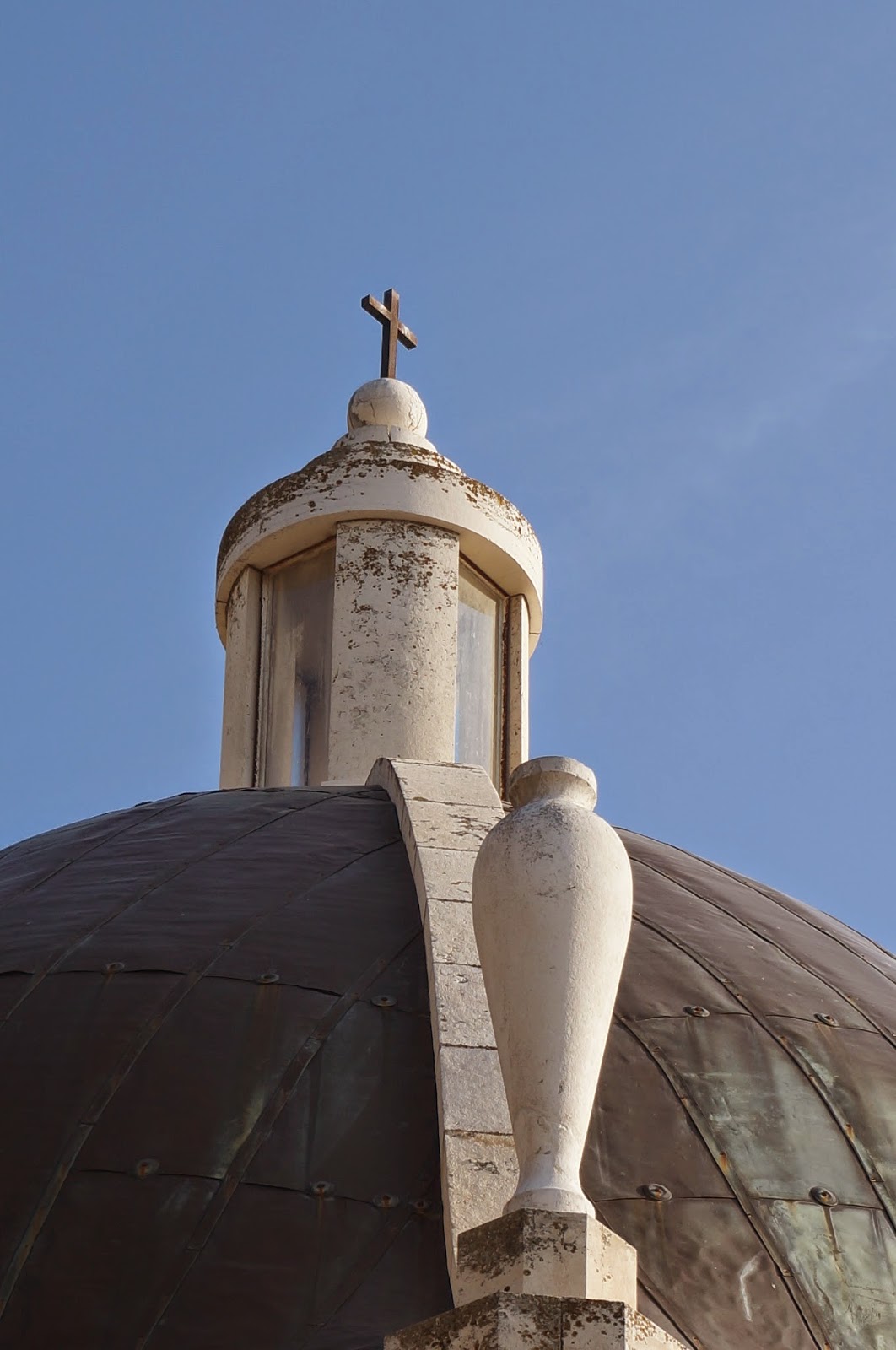 I really liked this place. It didn't hold the pomp of the other places. It was simpler. And whether this is where he lamented the fact that the hearts of Israel had not turned to Him or not, it certainly was the same view He had, and that was enough for me.

Posted by Sara Campbell at 8:14 PM