Our next stop that day was Capernaum, which ended up being among my favorites to visit. 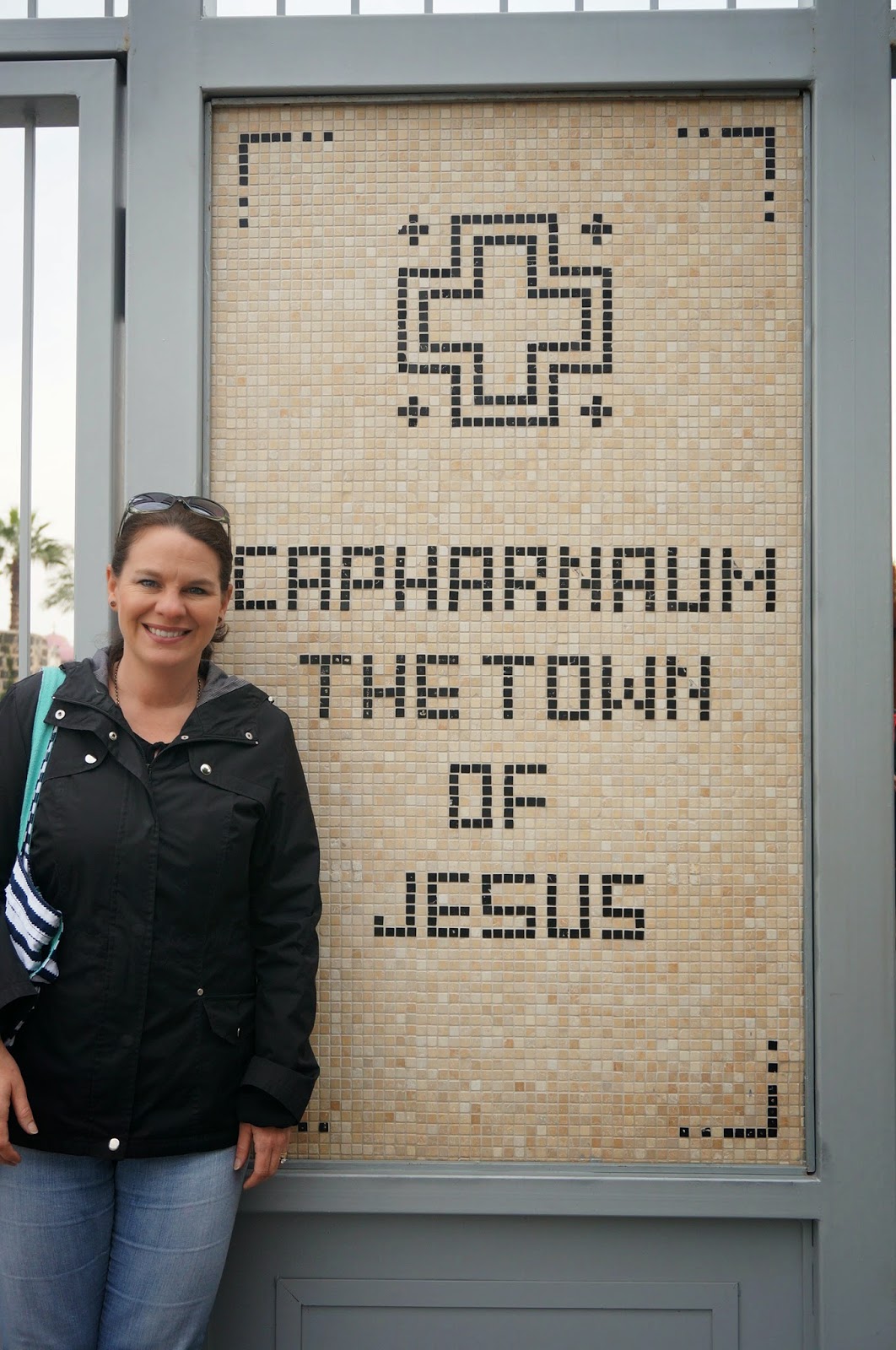 I went into this Israel trip with only my Bible knowledge. I did not research and look at pictures for all the places we might see. So, everything was a first for me. This town was the hometown of many of the disciples, including Peter, depicted in this statue. 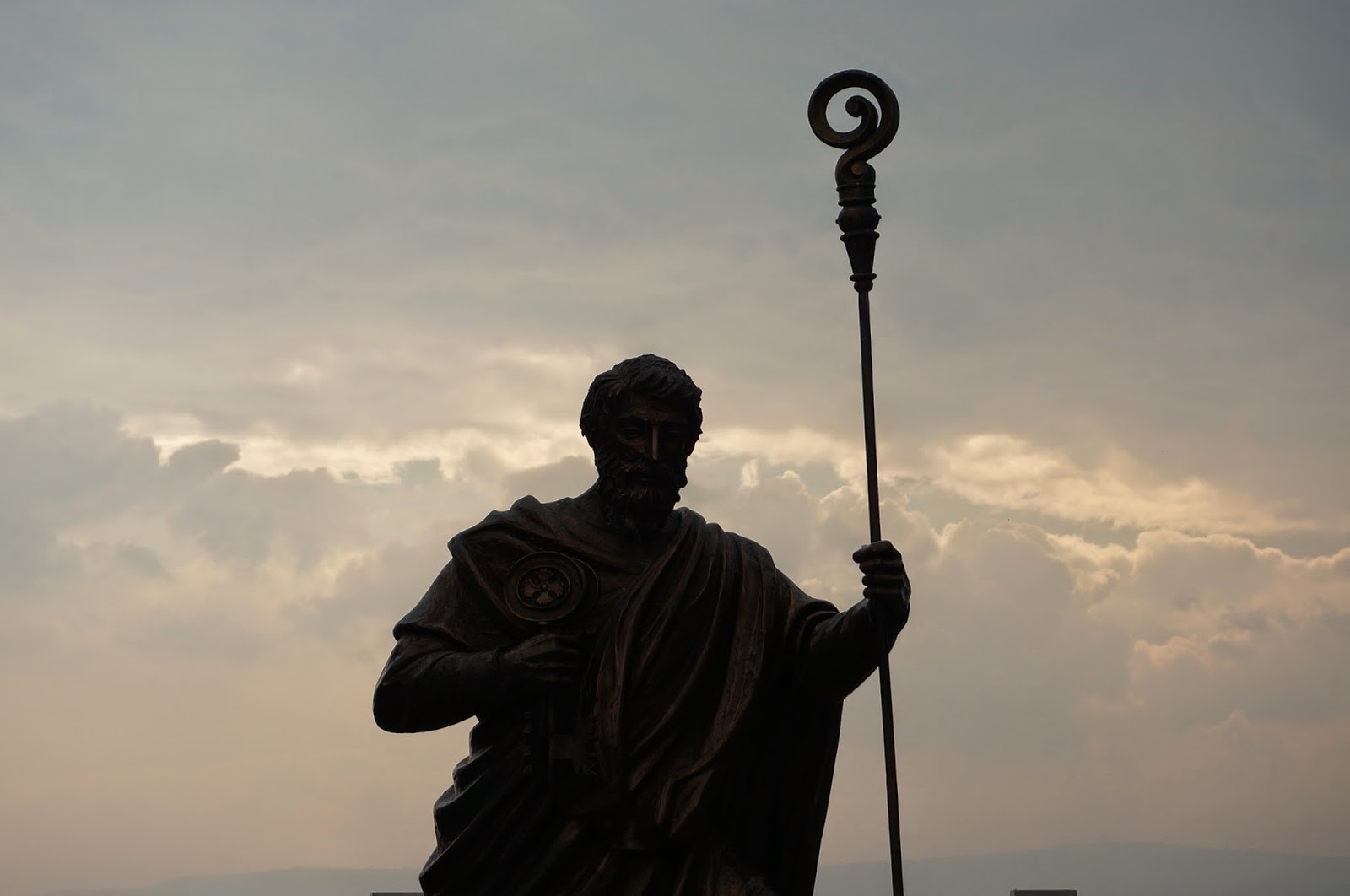 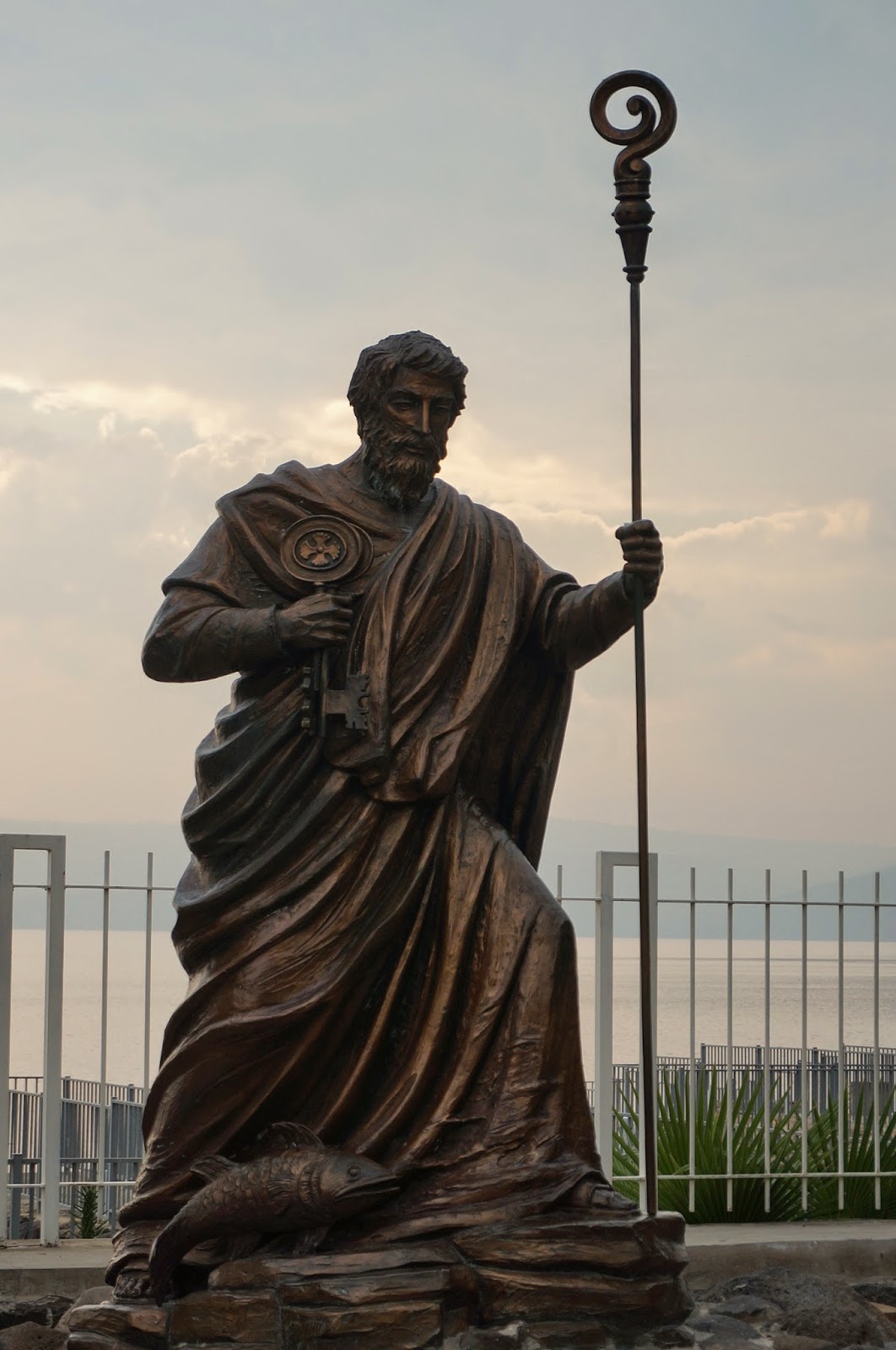 It is believed that Peter's home was here. Helpful to that conclusion is the fact that a later church was built over that spot. The hole where the man would have been lowered to be healed by Jesus is still visible. So, it would have first been Peter's home, then in the 4th century the house was transformed into another house, with special design built over a certain spot, indicating they knew it was Peter's home. In the 5th century, it became an octagonal church. What amazed me was the fact that, though a modern church has been built over the spot, the design of the church is such that the original octagonal design of Peter's house remains and can still be seen. 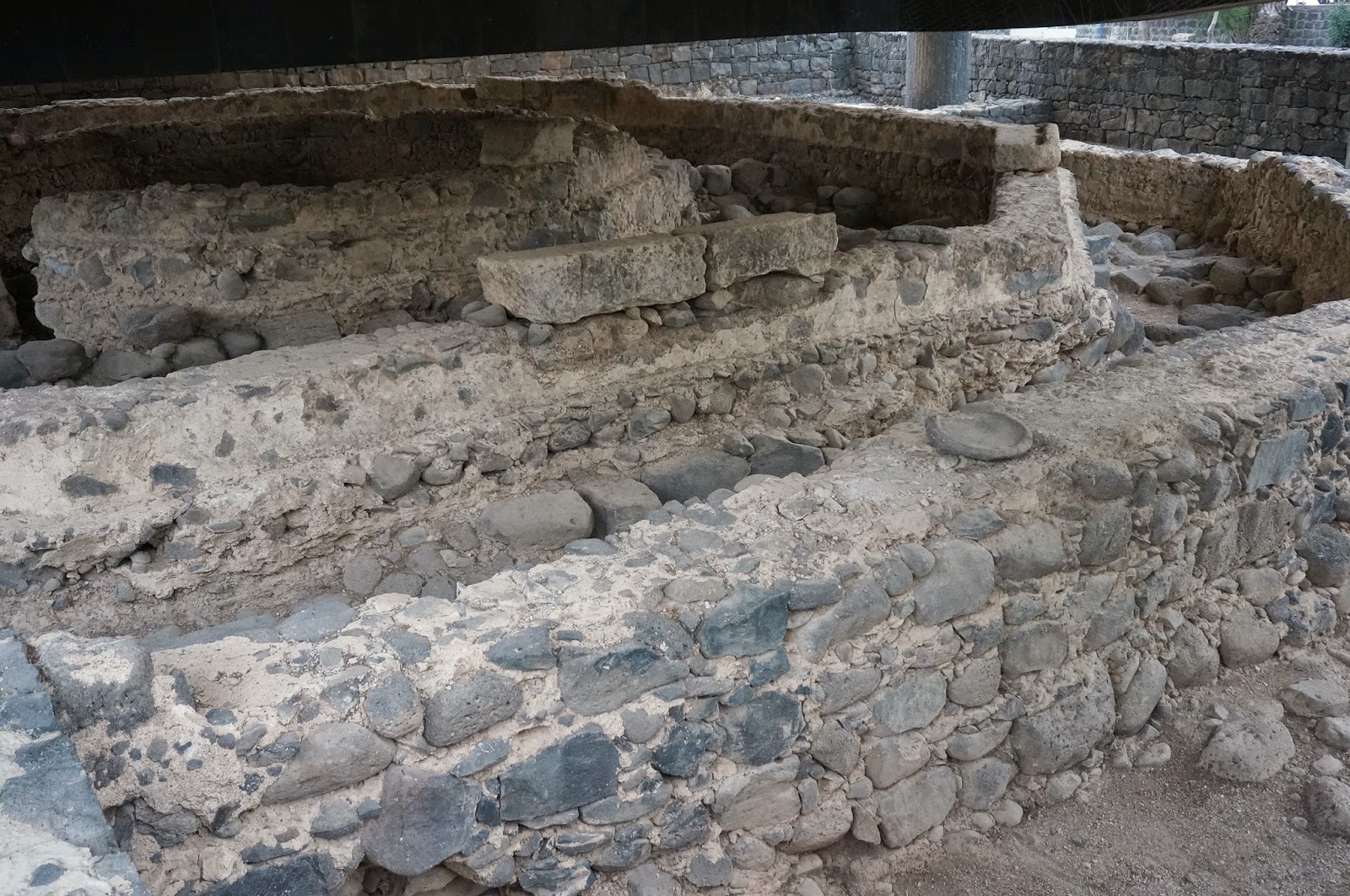 See? The center of the floor of the church is entirely glass. Because it was Christmas, they had put a nativity over it. But you walk in to the church, look down, and are peering into Peter's house! If I were voting, this place would get Architectural Design Of The Year! 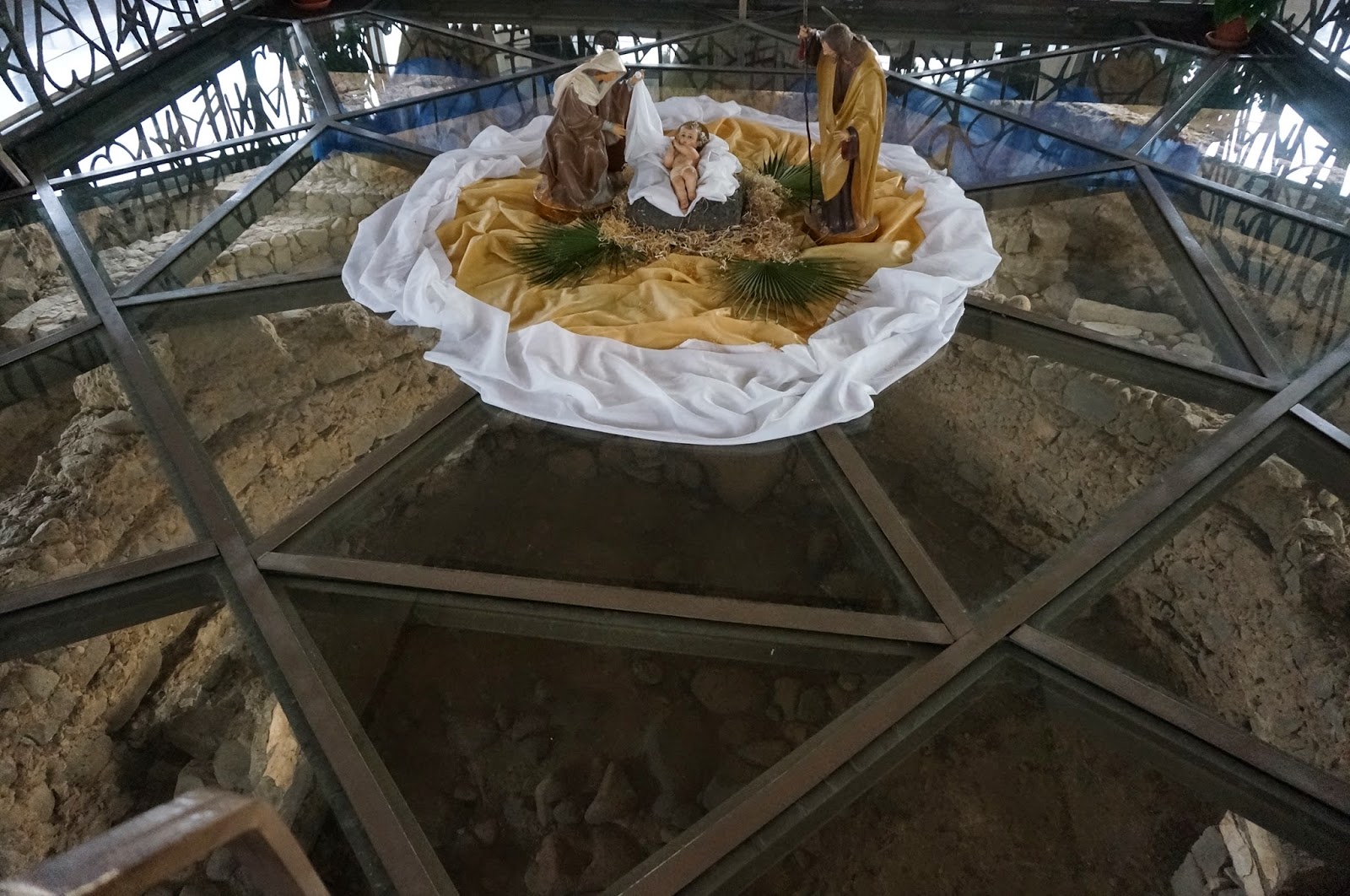 The entire church was surrounded with glass, so you could just look out and see the remains of the ancient town, the Sea, the synagogue in which Jesus likely preached...and then you could look down and see Peter's house! I really loved this place. 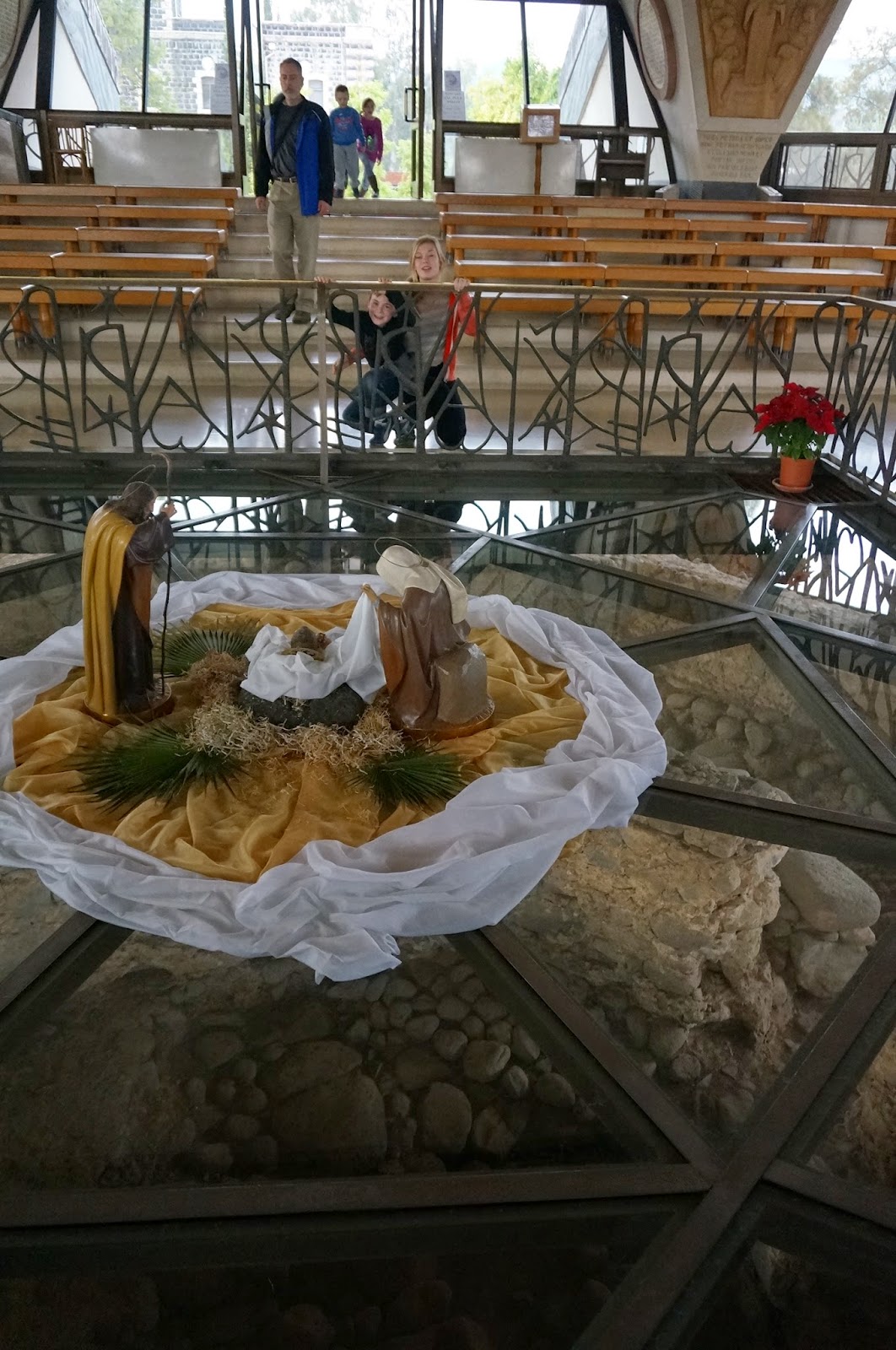 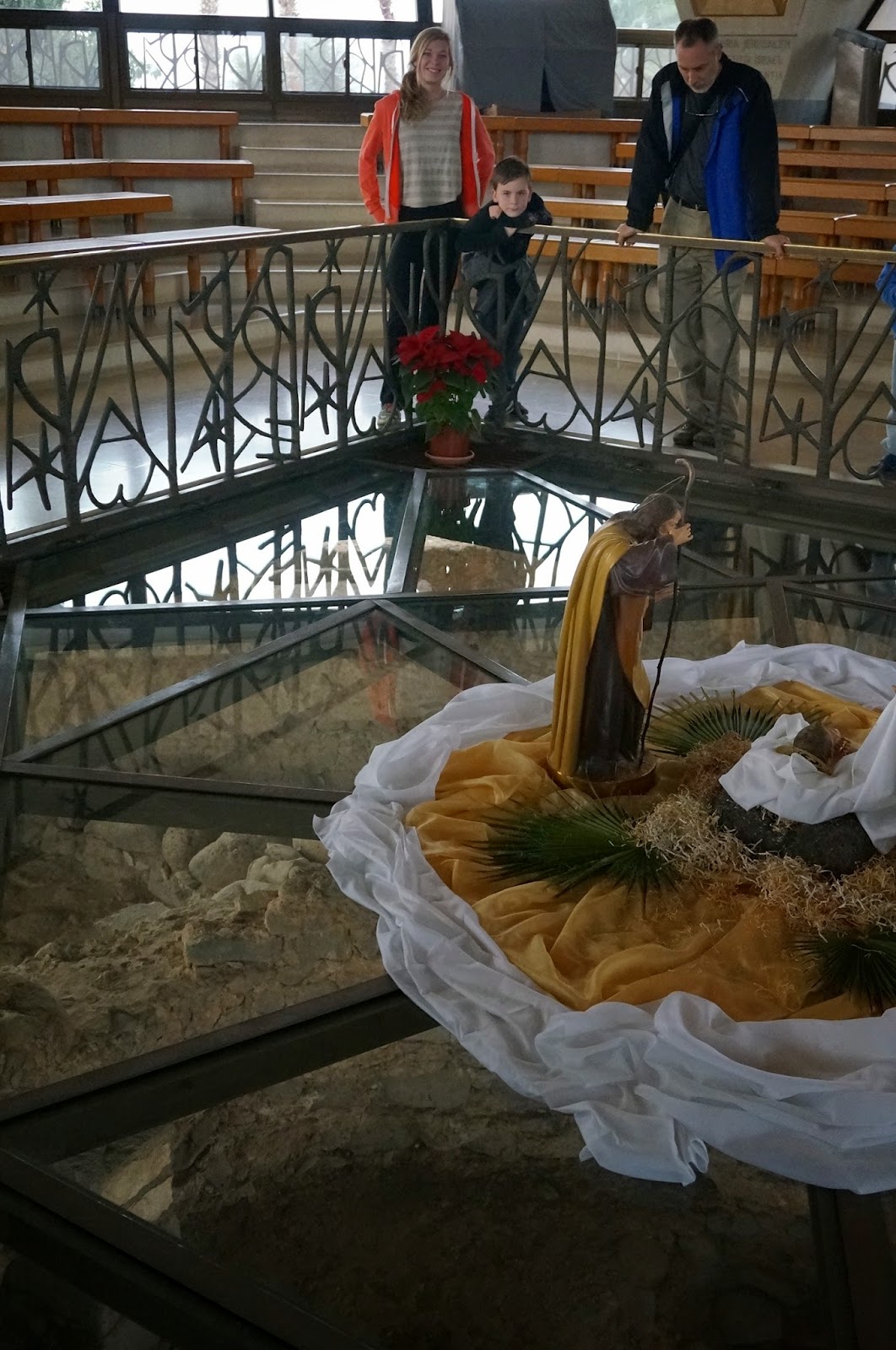 And while I'm voting, these kids would get Kids Of The Year! 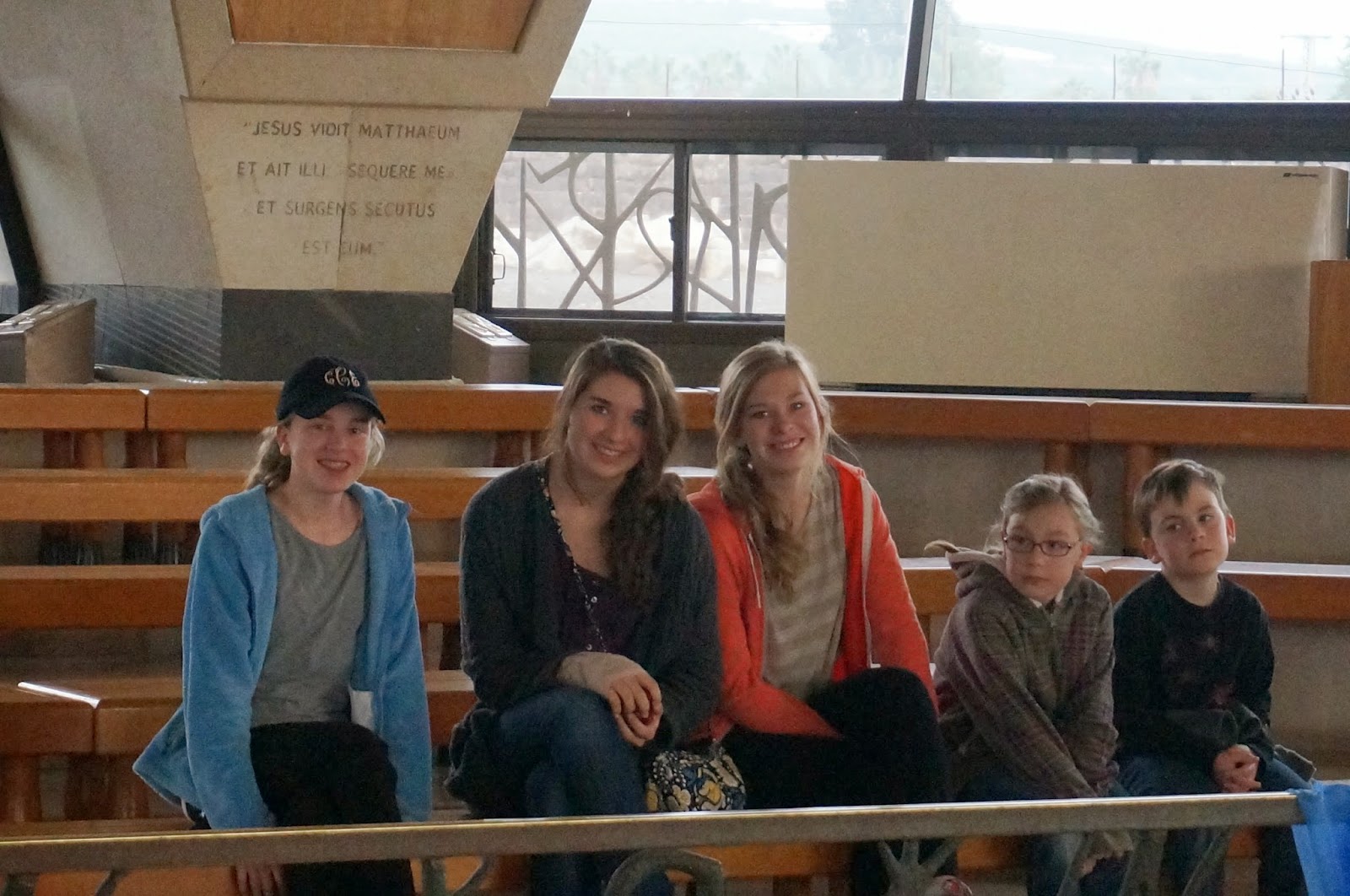 Here's the building from the outside, resting on pillars atop the octagonal house structure. You can also see ancient city walls surrounding it. 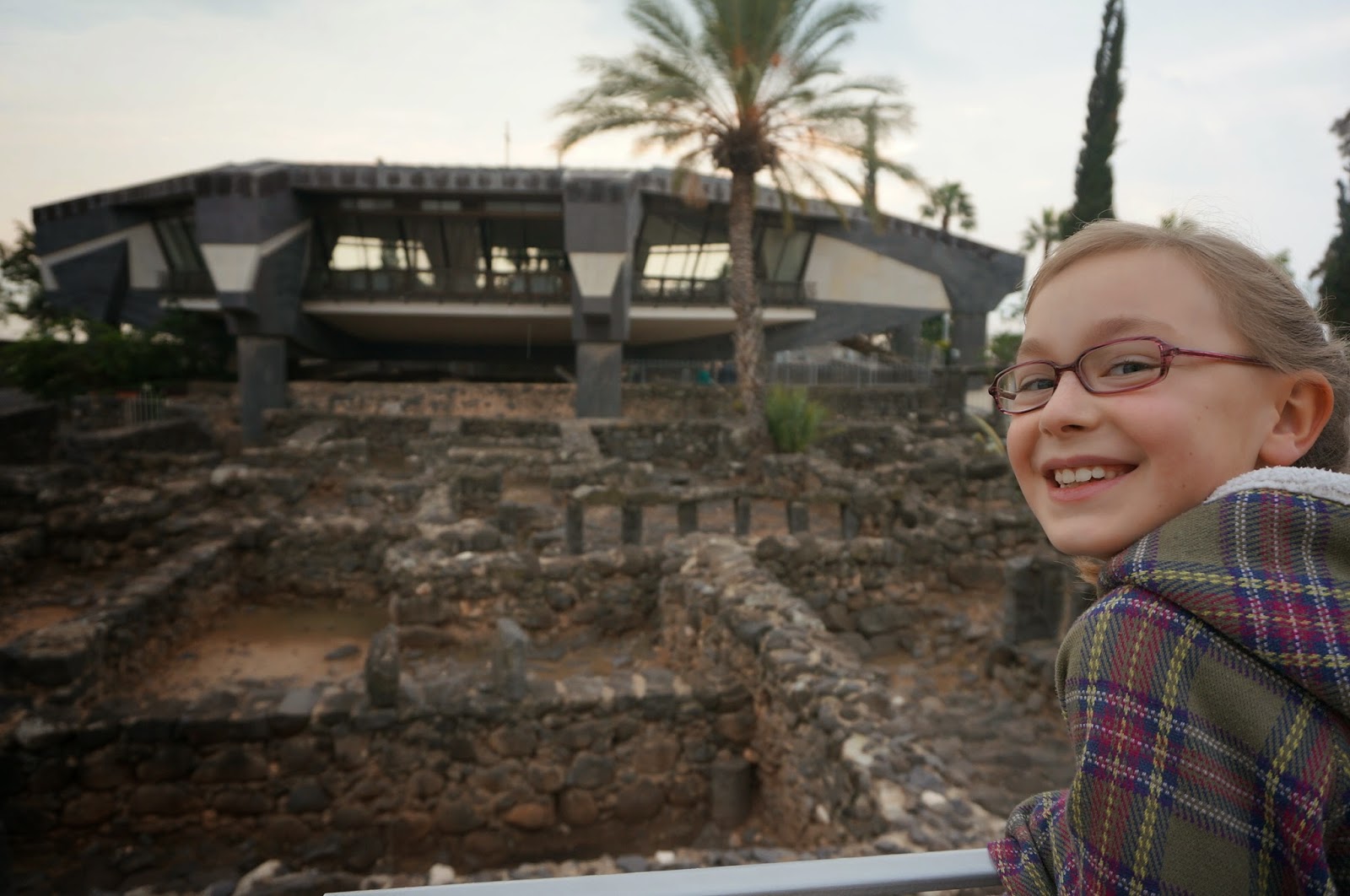 And tomorrow, we'll turn the opposite direction and see Jesus' synagogue!
Posted by Sara Campbell at 10:09 AM

Doesnt it hit you that a world so anxious to deny the existence of God works so hard to preserve every spot He possibly touched and everything even remotely tied to the Bible?

It fascinates me. You cannot wipe Him out of this world just like man cannot destroy the earth He created. Its just amazing.