The next morning, our first stop was to see an amazing archaeological find, a 2000 year old boat. In the 1980's a severe lack of rain drained the Sea of Galilee, which uncovered a boat from the time of Jesus. The folks there joined together to carefully dig it out, all the while watching the Sea rise and threaten to bury it again.

Now a small museum has been built so visitors can see it. 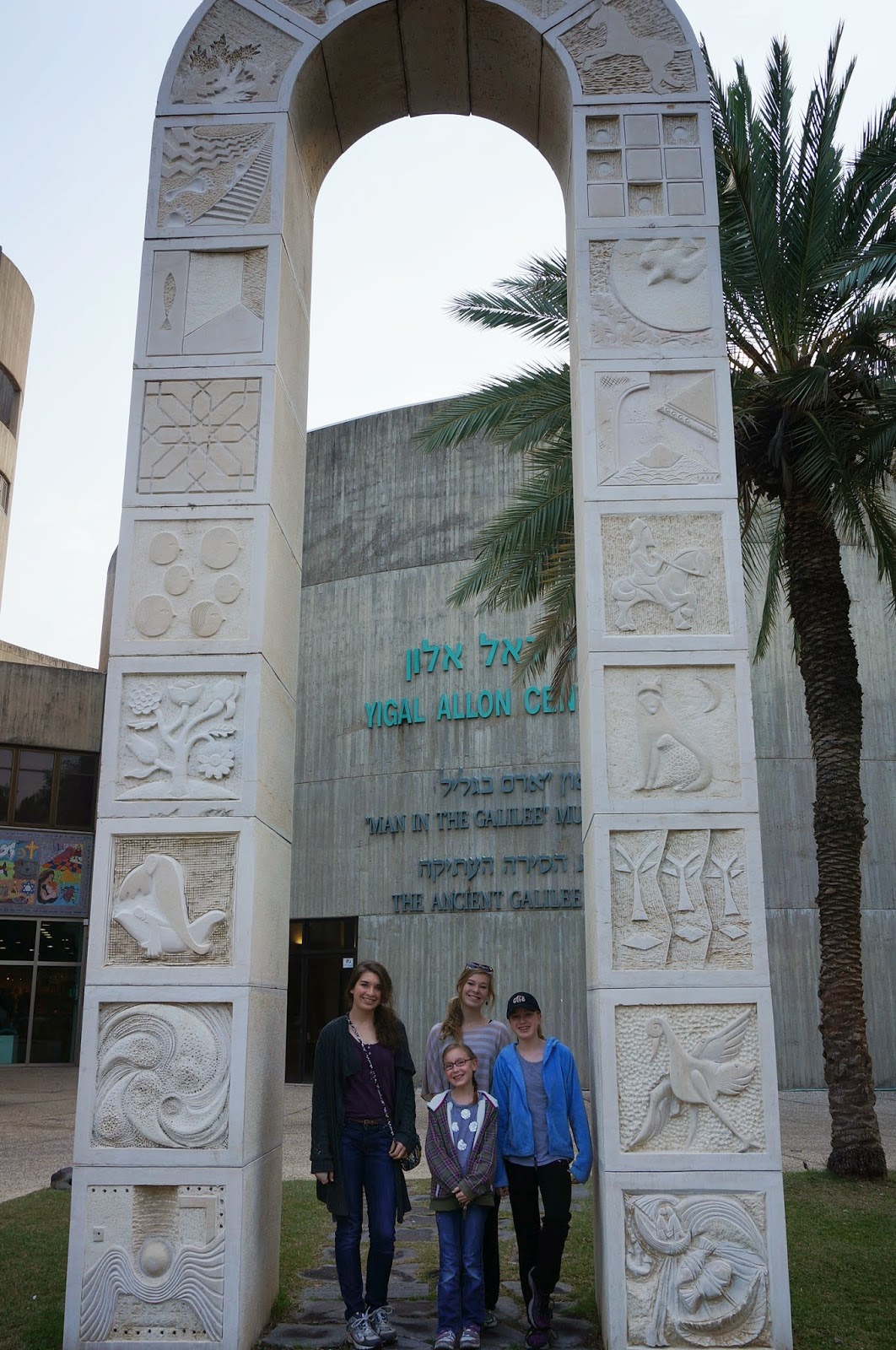 We watched a short film about its excavation. They dug the mud-preserved boat ever so carefully, night and day for 12 days, then injected it with polyurethane foam in order to keep its shape while transporting it. They soaked it in chemicals for 7 years before displaying it. They even had some St. Peter's fish swim inside to eat any worms which might harm the boat. 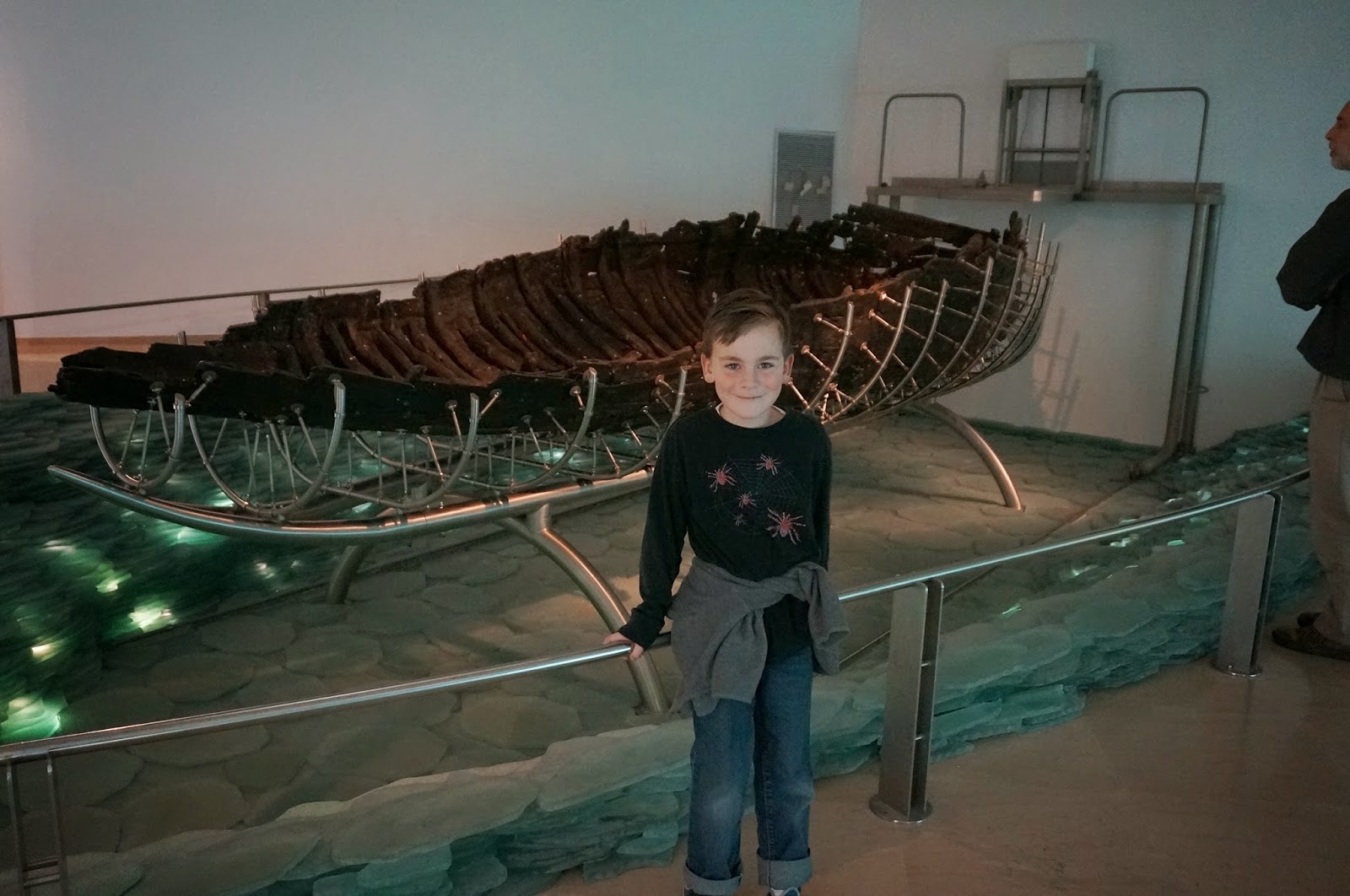 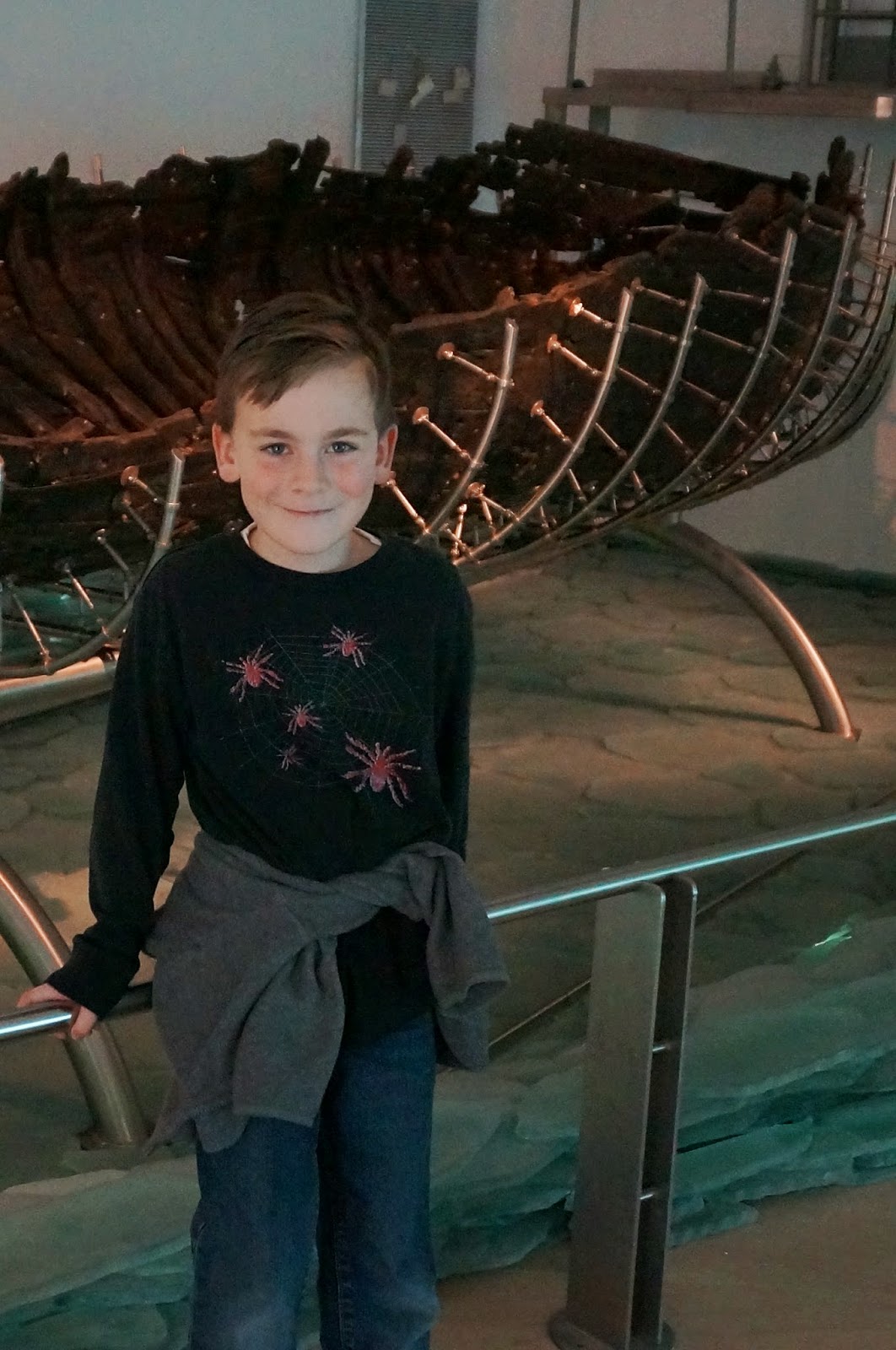 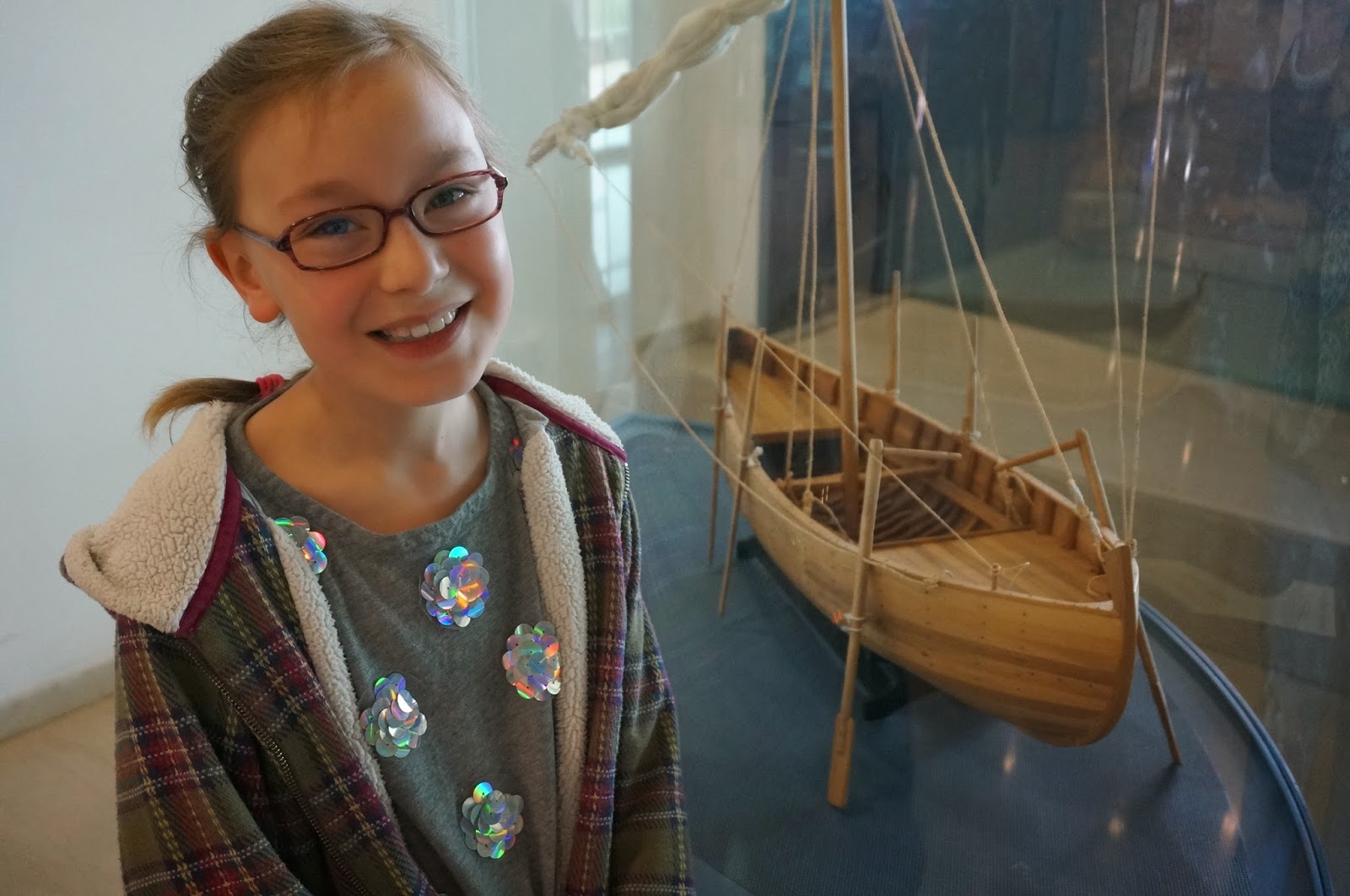 After seeing the boat, we ate a quick picnic by the Sea. We had bought some sandwiches from our friend Charlie who originally helped us find our cottage. I had no idea what I was buying, but he told me it was his favorite kind and that his mother had made it that morning. That was enough for me! 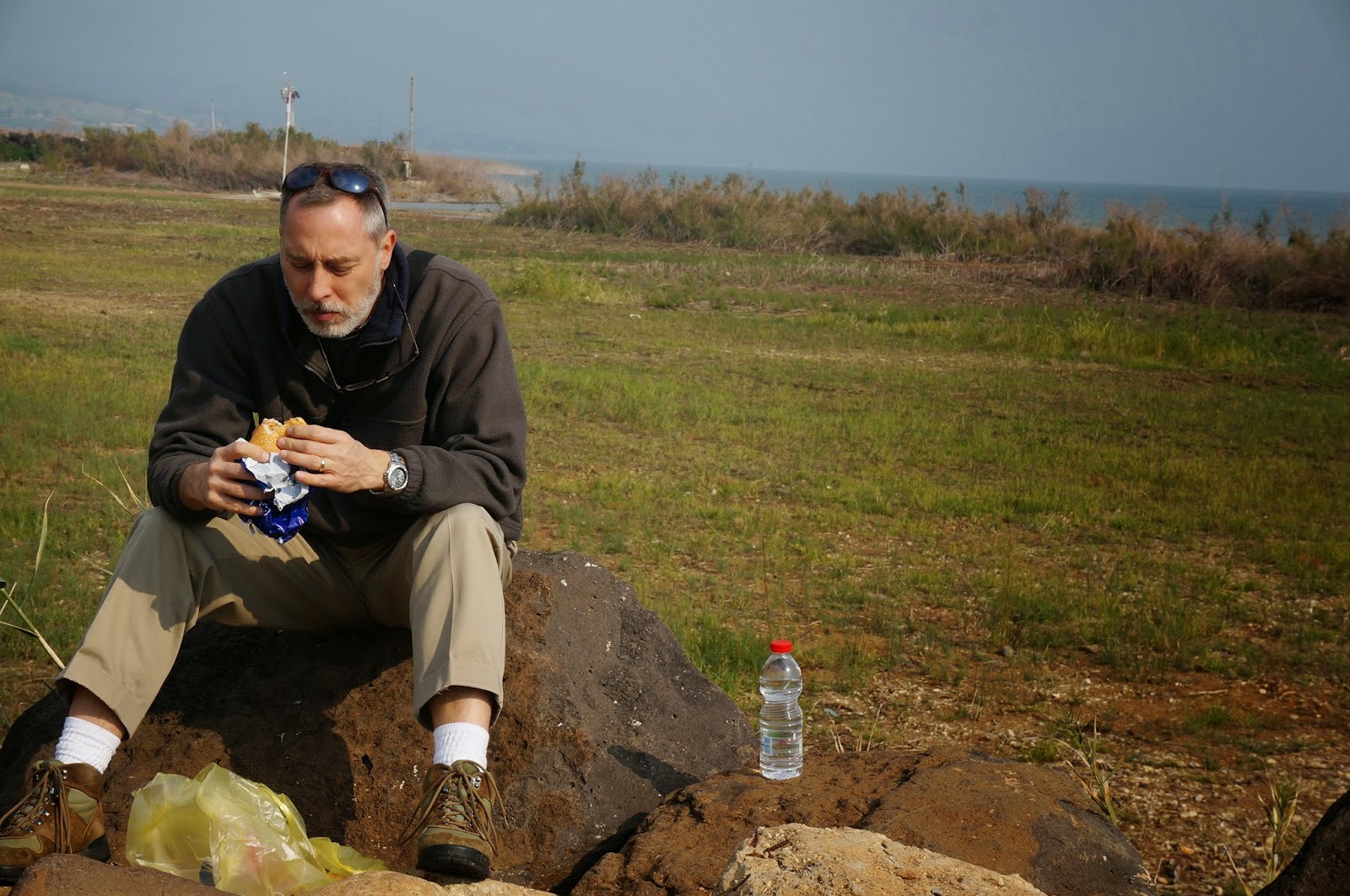 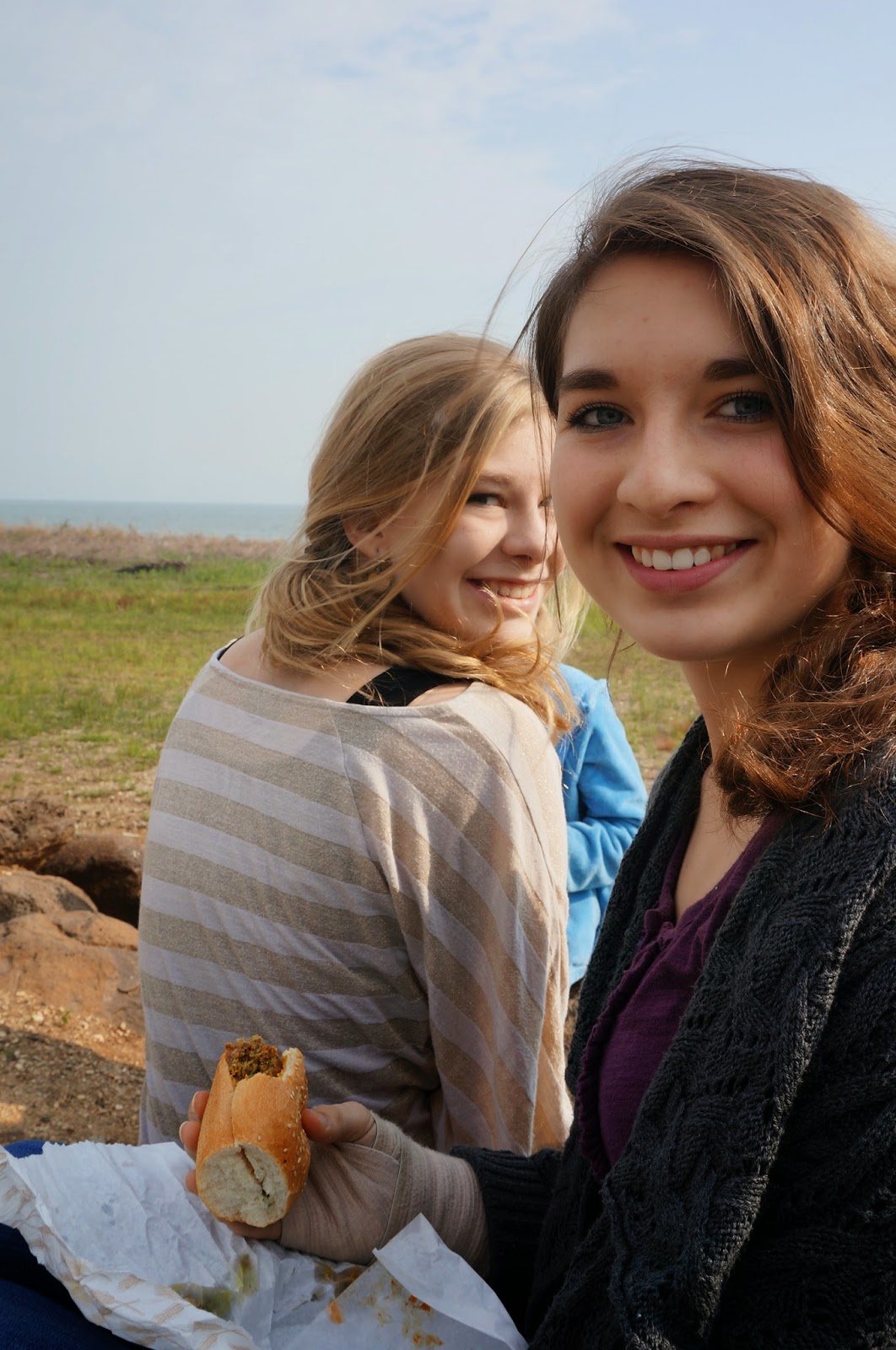 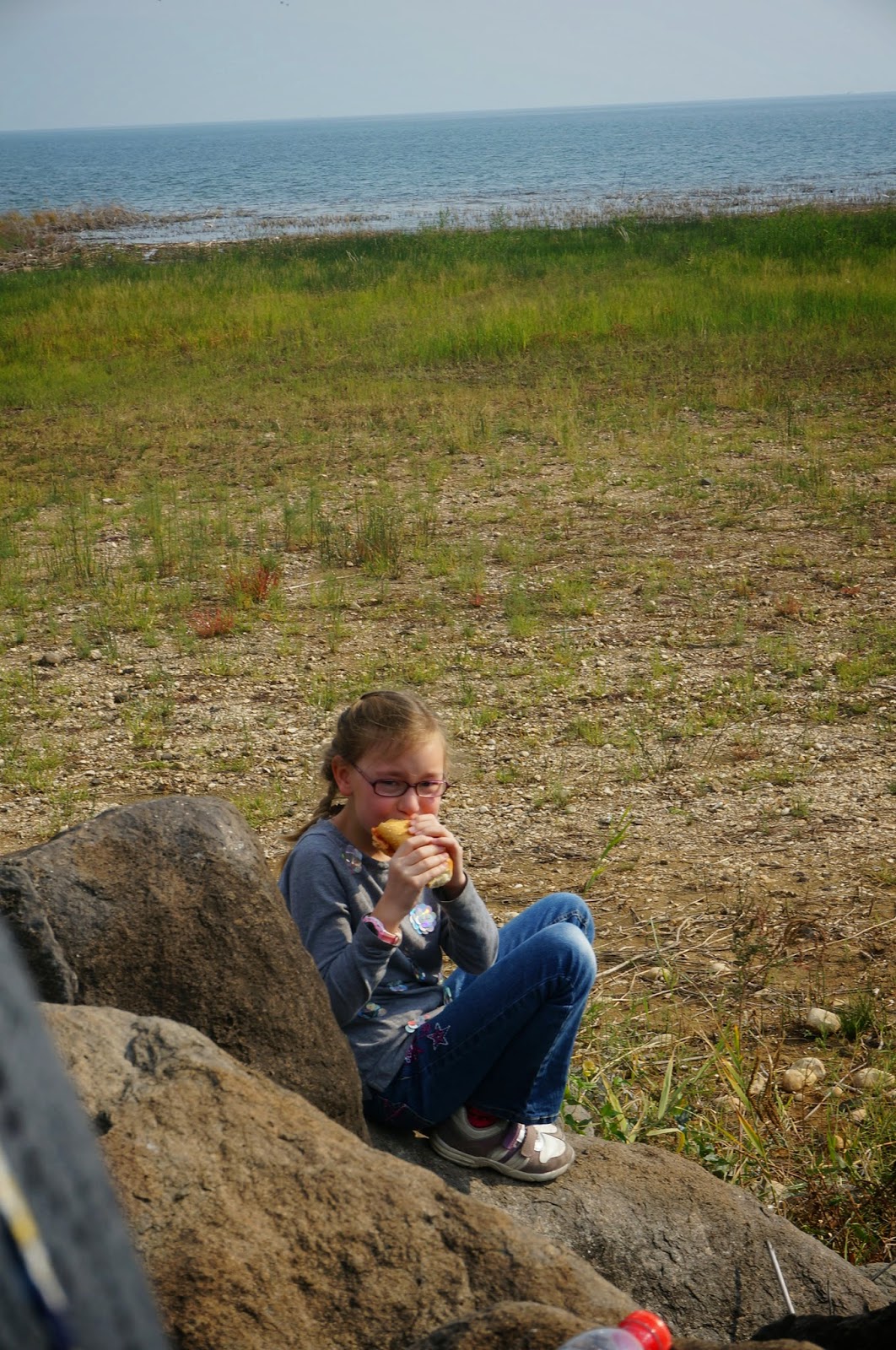 Many people wonder at this boat and whether it might have been Jesus' boat. There is no evidence linking it, though it was from the exact time period he would have been on these waters. But there was one small thing that struck me. In the film, the original set of fisherman who found it said the water was rising, and they were in a panic to get it up and out before the Sea covered it once again. They stopped and asked God to help them. At that moment, the rain stopped and a double rainbow appeared. 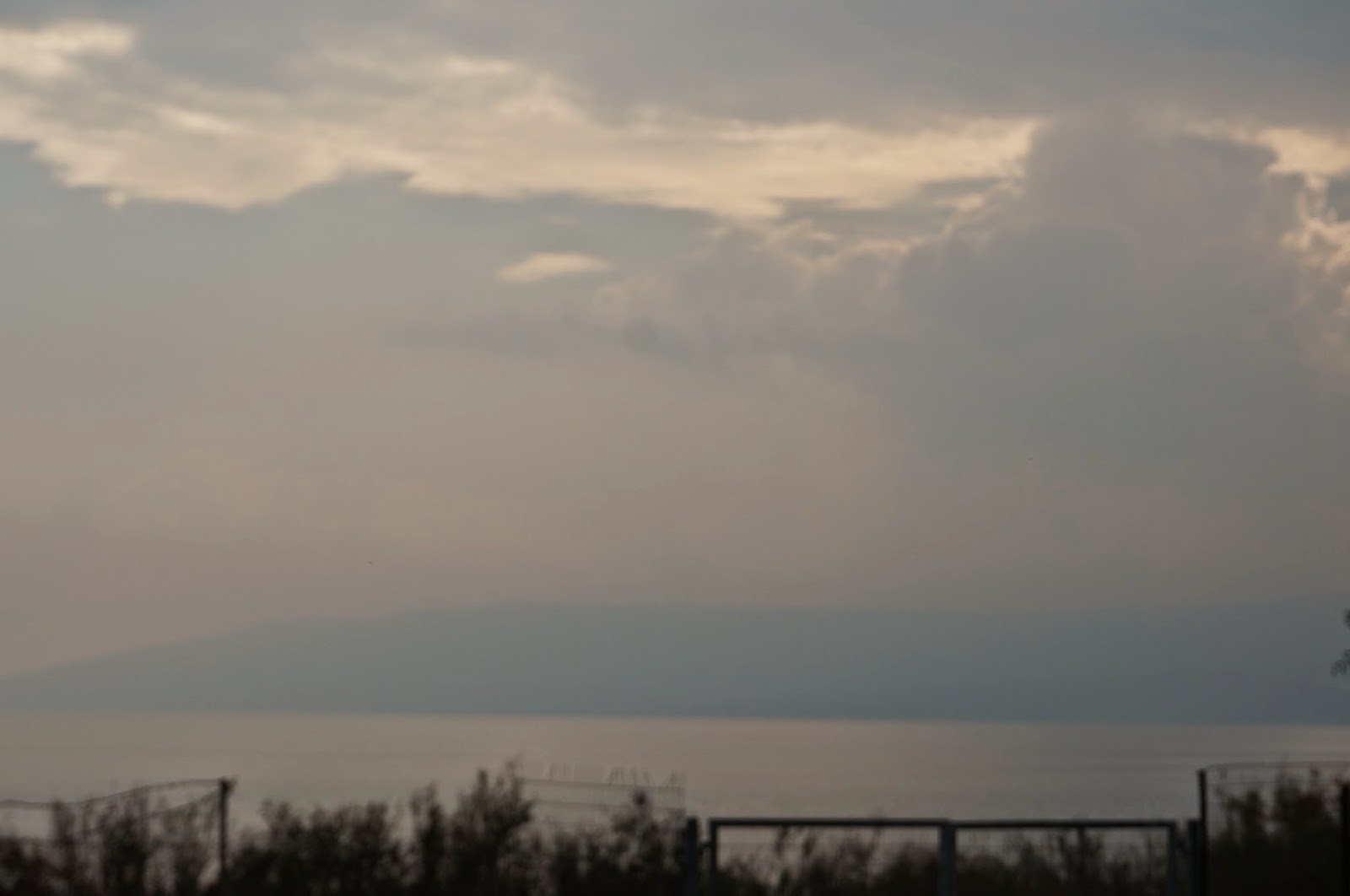 Whether it was Jesus' boat or not, it seemed God smiled on its discovery.
Posted by Sara Campbell at 9:30 AM

What a great outing! I love the story!