Directly behind the church are the ruins of a 4th century synagogue, which is considered among the oldest synagogue ruins in the world. All the other structures here were made of basalt. For the synagogue, they used large carved white stones. Digging under the foundation, they have found a basalt foundation which is believed to be the original synagogue during the time of Jesus and mentioned in the Gospels. I was thinking of what I had recently taught my Bible students, that when Jesus read in the synagogue, He read as One having authority. 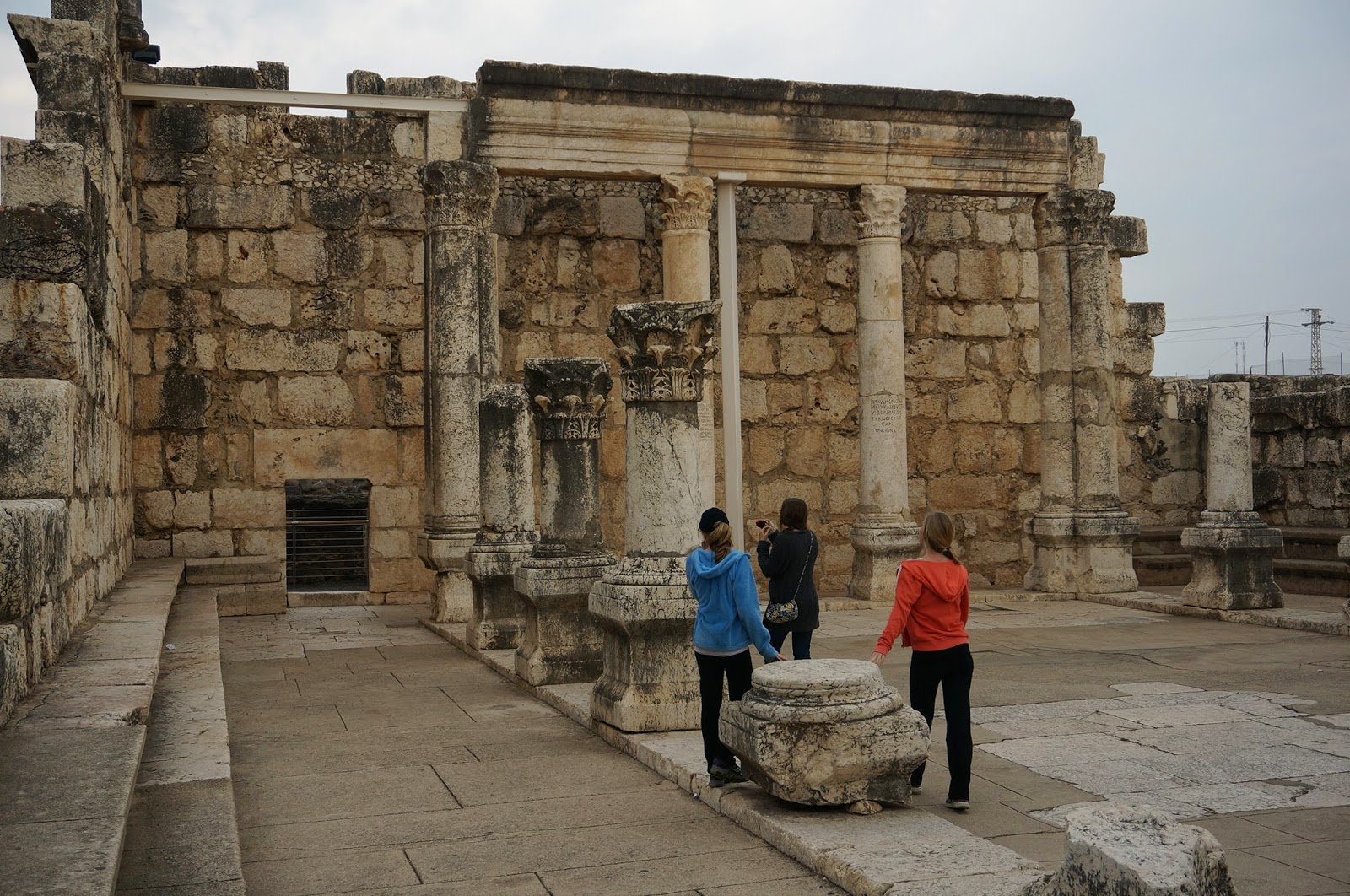 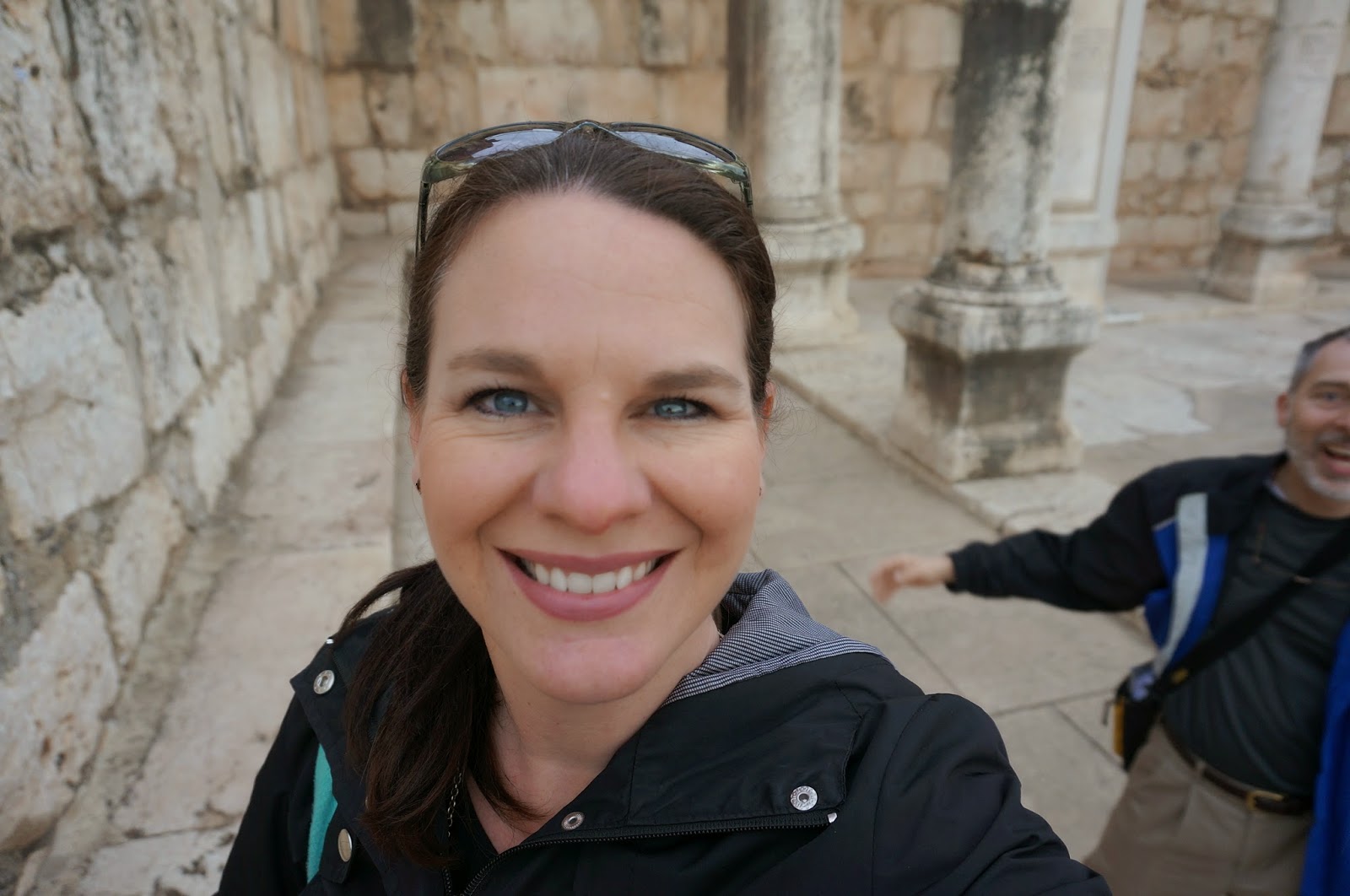 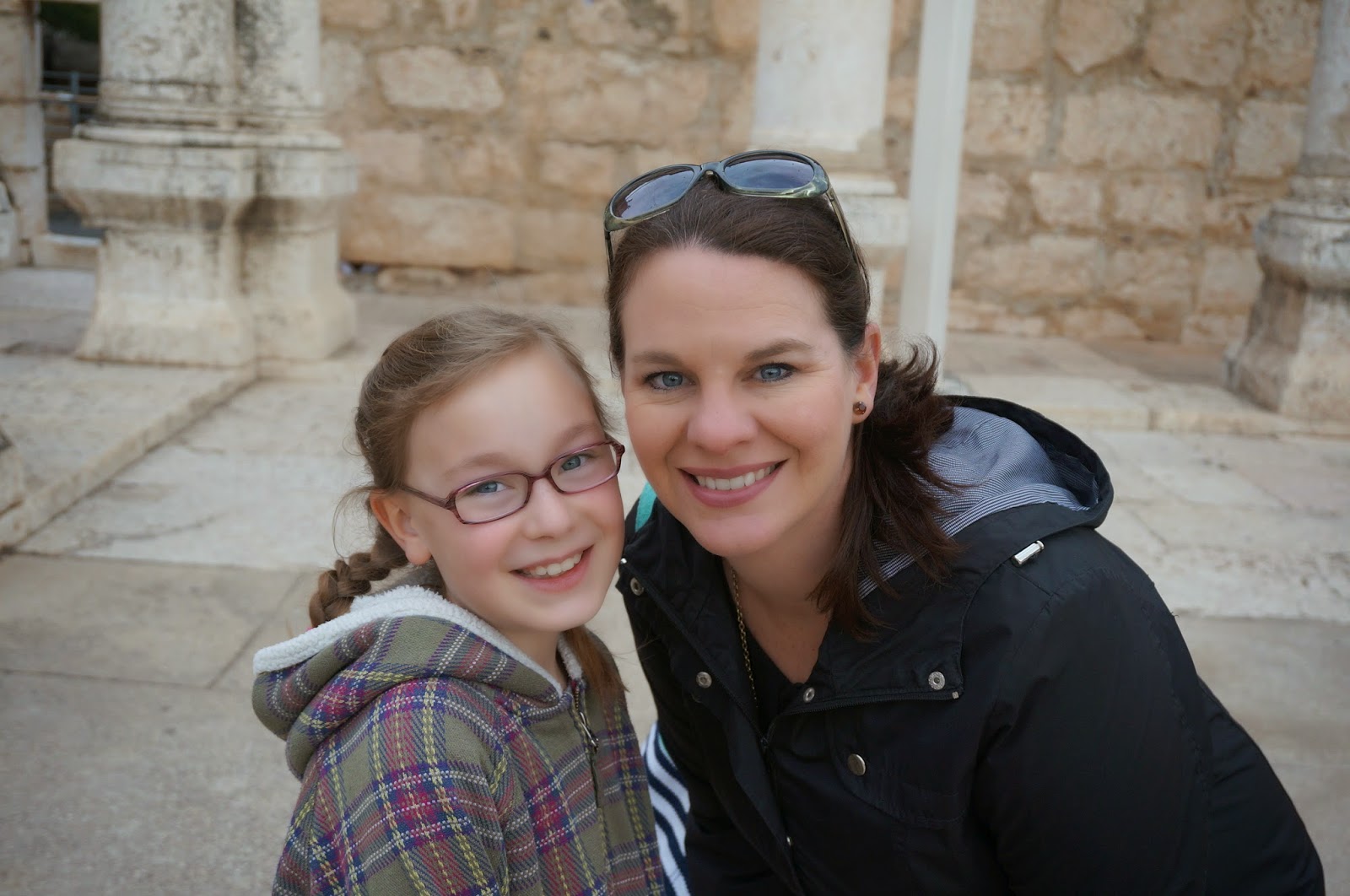 And then CC spotted this weird little creature, bigger than a cat, not the slightest bit disturbed by our presence. 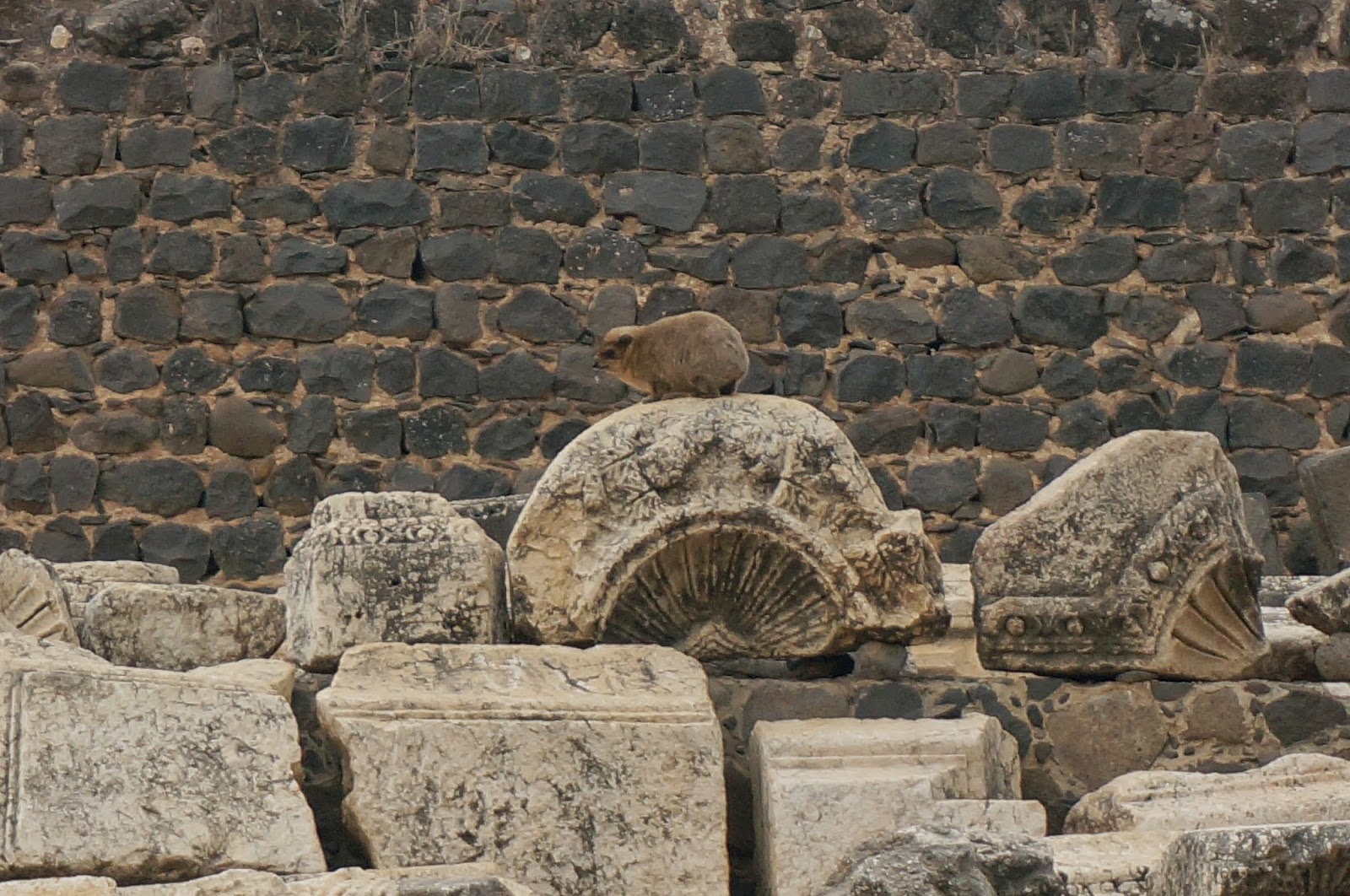 If you've read this blog before, you know that I like to photograph the crosses I see throughout Turkey. One day, I hope to frame them all. So I thought a Star of David would go nicely with the collage, one day. This was found in the ancient synagogue. 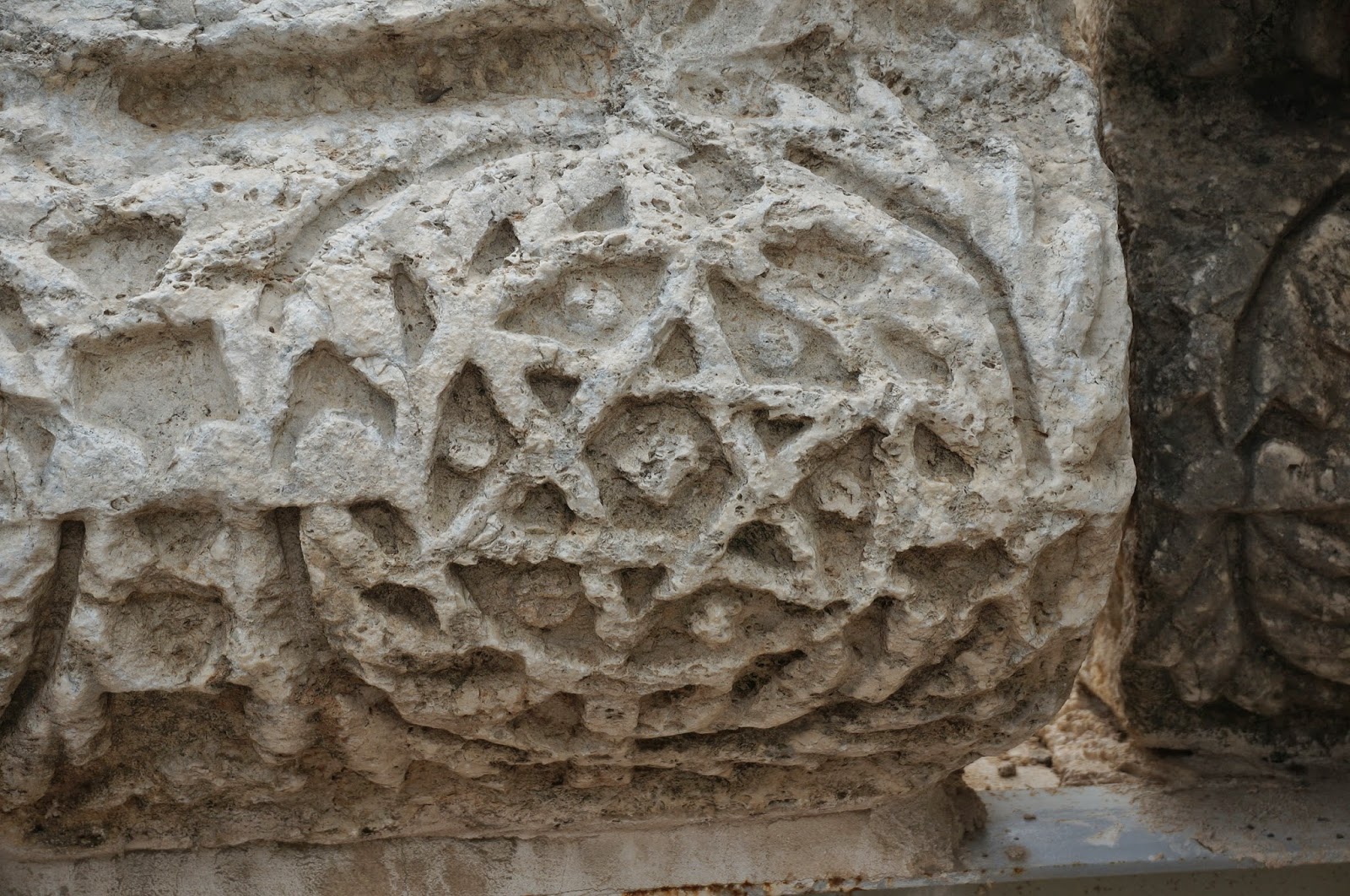 Posted by Sara Campbell at 5:03 PM

That'll be a fantastic gallery wall one day!