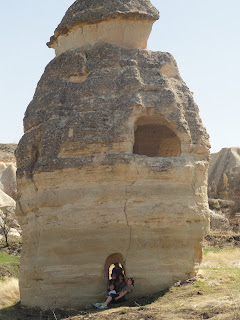 Above is an ancient little cave home, and below is a closer up view of its current inhabitants. (This reminded me ever so slightly of Old Mother Hubbard's home.) 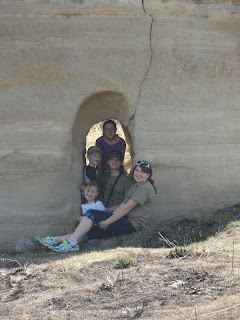 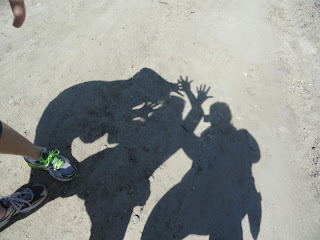 I was aiming for a Charlie's Angels pose. 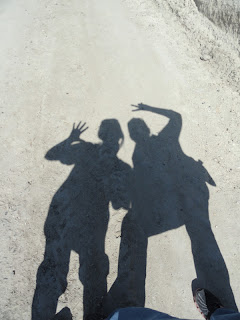 This was taken on the terrace of where we stayed. 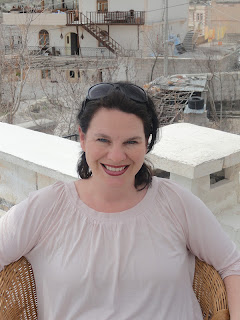 Oddly, there was an alien at the horse ranch (That post is coming later!) . Cappadocia has one of the five alien museums in the world. They say there have been many alien sightings in the region. This one did not seem to bother Big Ben, who was "giving him a 5." 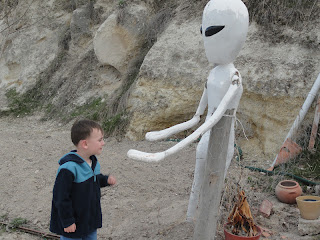 One our way home, we spotted a simit seller who sold his bread, from his head, while riding a bike. It seemed photo worthy. 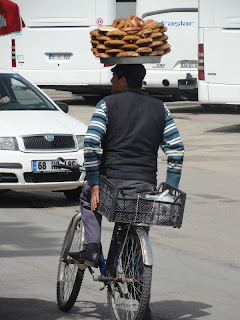 Posted by Sara Campbell at 3:27 PM

I love peeking in on your family's adventures. Thank you for sharing them.

Wish I could balance things on my head like that.

(I will be teaching ESL. I'll write a bit more on that in another blog entry.)

That man has an amazing talent! What a fun trip!!