We hit the town after breakfast and had so much fun! We decided to save our money and ride buses and subways instead of taxis. For T. T. that in itself was an adventure. 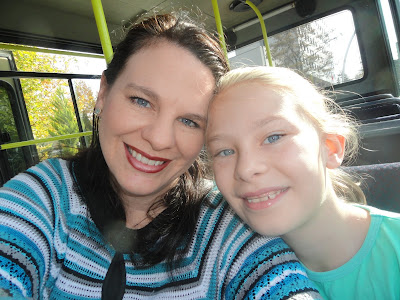 We went to the mall and rode this and had a lot of fun. (Translation: A large door closed over me, suffocating me with the darkness and lack of space. Then we watched an underwater video where I felt like I was scuba diving, the adventure sport I would least like to try some day. Just when I thought I was going to die of claustraphobia, our ride was over.) Awww, and it was SO short. Too bad. 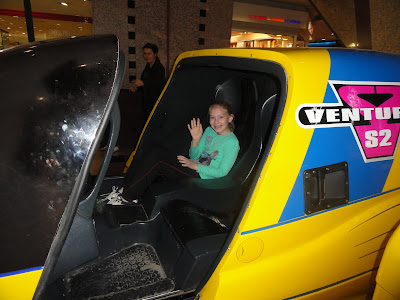 After we walked around the mall and drank a REAL Coke, we got back on the subway and went to an ice skating rink. We both flew on the ice! T. T. only fell twice, I only fell once. I felt 14, not 40, except when I fell. I was gazing into the heated lounge (where, it seemed, most of the mommies stayed while their kids skated), and just didn't see the big chunk of ice in front of me. Down, down I went. But I recovered and got back on the ice. 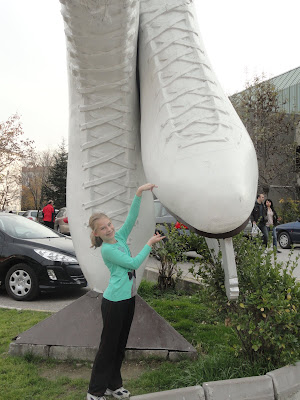 We finished our day with a shared McDonald's, a nice swim in the hotel's pool, hot showers, and a Barbie movie while curled up in the bed. What a fun day! 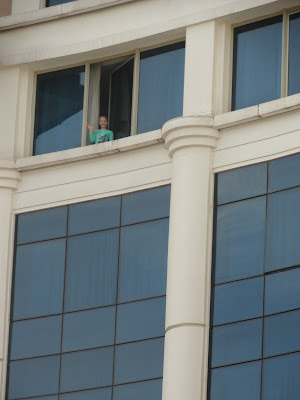 Posted by Sara Campbell at 7:09 AM

In college, Mr. YH bought me some Katerina Witt ice skates and the funny thing was, I just couldn't skate like her! :) How fun!!! Friday is our boy's birthday and we're taking him on all the transport he hasn't ridden yet but looks longingly at! (And we'll throw in Domino's pizza- I had to talk him into that by promising his PB and J could be for supper!)

Ah, love it! I so relate . . . The mall ride would not have bothered me in the least . . but put me on the ball field and I am a definite fish-out-of-water (no pun intended). You would laugh, but like you, I 'suffer' through and enjoy making my kids happy. They love seeing Mom trying to hit the ball . . . Actually, I am not too bad, if I do say so.