Annika was assigned an eco-system to design. She chose a wetland. The instructions were that she had to do it ALL herself. Other than Papa's suggestion that she make it as 3D as possible, she thought, designed, and crafted it all herself. Her real problem was not that her parents wanted to do the project for her. Her biggest problem was that her oldest sister so badly wanted to do it too, she kept offering idea/toys/trinkets/help. Also, her youngest sibling (brother) wanted to eat many of the props. She resisted both of them and did a fine job all on her own. 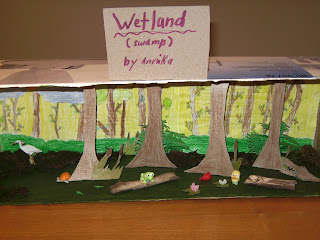 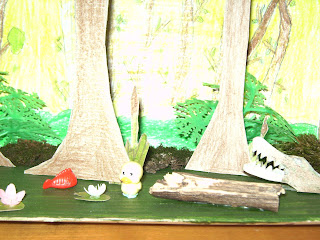 I just want to name him Kermit. Don't you? 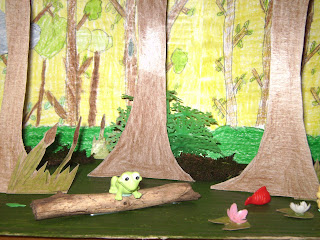 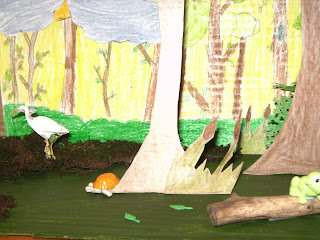 Oh yea. She had one more problem. Her papa incessantly tried to talk her into adding a Swamp Monster, insisting they exist and that it could not be a wetland without one. She resisted him, too.

Posted by Sara Campbell at 1:47 PM

Wow! I'm so impressed! You have quite a creative child! I just love reading your blog! You sound like you are having such a blast in Turkey! Maybe some day (when our kids get a little older) we can visit you! :) Have a great week!