Merry Christmas from Spain! Praying your day is holy and happy, as we celebrate the first coming of Jesus and look forward to the second!

While in Southern Spain, CC decided he really wanted us to go see Alhambra ("Crimson Castle") in Granada, just a 1.5 hour drive from where we are staying. It was built as a sultan's palace in 1238. It became a Christian court in 1492 (the year Columbus sailed the ocean blue) for King Ferdinand and Queen Isabella and was indeed the site where Columbus was pardoned for offences in the New World. He felt it was a must-see for the kids, so rich with history and still standing!

I brought some grading and reading to do in the car. That was a waste of space. The drive was so beautiful that I could not take my eyes away from the windows. 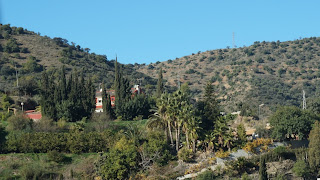 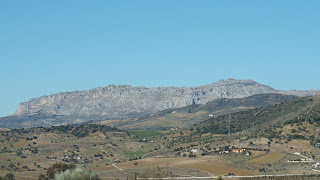 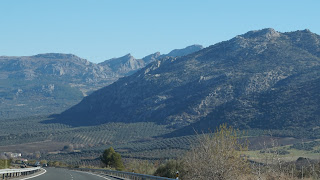 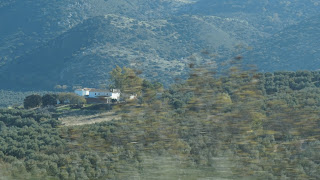 As we neared Granada, we had our first glimpse of the Sierra Nevada mountains, perpetually covered with snow. At certain points, we could see the palm trees around us with the snow covered mountains ahead of us. 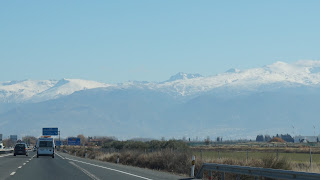 I wanted to climb this mountain and step inside this white church, but the car kept moving. 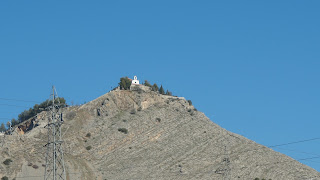 I snapped several pictures through windows, while moving. Most of them I deleted, but I did manage to get this favorite. 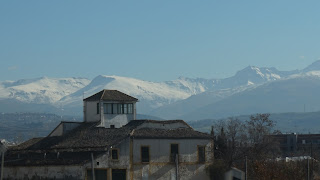 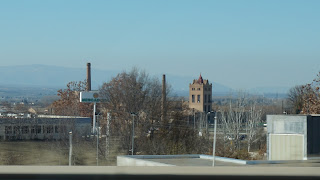 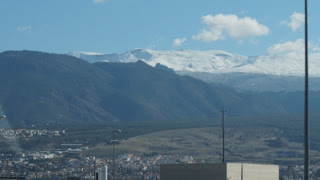 Posted by Sara Campbell at 3:25 PM