The Alhambra was vast. I could post for weeks on all the different buildings, structures, and gardens. One that was quite impressive was "The Palace of Charles V." Since this was originally a palace for Islamic sultans, he wanted to build something on the grounds that represented the conquer of Christianity over Islam (in the year 1526). Charles V was the grandson of the monarchs that completed the conquer. It was built in a Roman-like style and reflects the Renaissance style of the time. 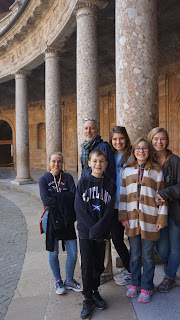 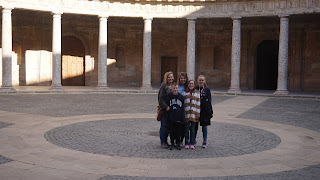 It was marvellous to see. Columns, arched entries, small carvings throughout. We continually noted the craftsmanship of men who had no modern equipment. 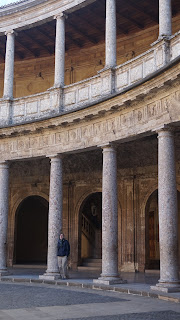 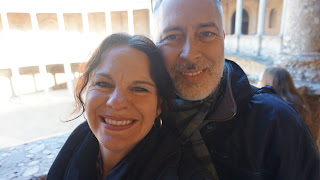 After exiting there, we went up to a tower that was used for military protection. We had this beautiful view from up top. 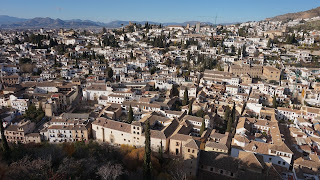 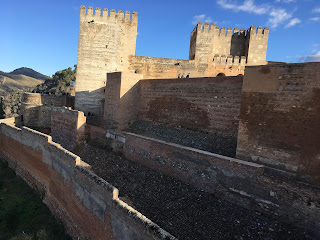 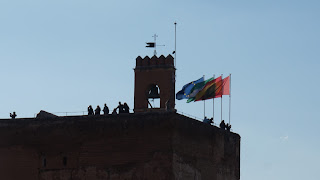 And I had kids enjoying it all with me! 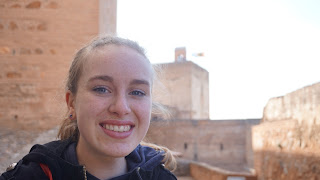 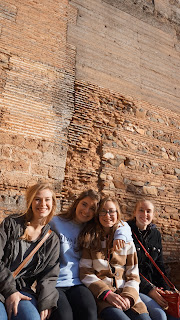 I kept trying to take a picture of these flags and this bell...from all kinds of places. And then I realized we were going to the top of this tower, and I could get exactly the picture I wanted. 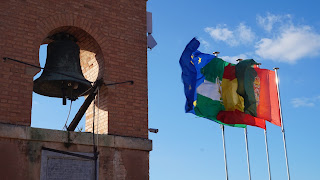 It's hard to describe just how beautiful it was up there. It was a natural place for a palace, both beautiful and strategic. I imagined King Ferdinand and Queen Isabella meeting Christopher Columbus there. I imagined what it would have been like to actually live there. I told CC that if I had been a princess there, it would have taken me an entire day just to walk the grounds! 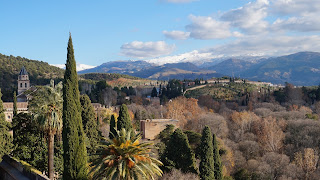 Posted by Sara Campbell at 7:52 AM