Alhambra was breathtaking. It reminded us very much of Topkapi Palace in Istanbul (built for the sultans), but this had gorgeous gardens all over it!

What a history it has! First built as a small fortress in 899AD, it was later constructed to be a sultan palace in the mid 13th century. It was taken over by the Spanish King and Queen in 1492, then allowed to fall into disrepair for centuries (with squatters occupying it). Napolean partially destroyed it. It finally attracted the interest of some British intellectuals. Through all the renovations and additions, a theme of "paradise on earth" was carried. 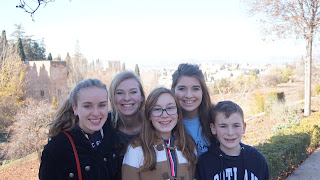 Mountains, fruit, roses, nightingales, and fountains. The Moors called it "The Pearl Set in Emeralds" because of all the green trees surrounding it. 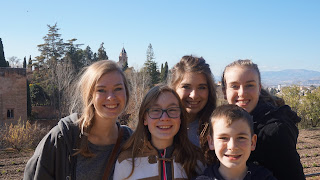 You simply could not take a bad picture at Alhambra. 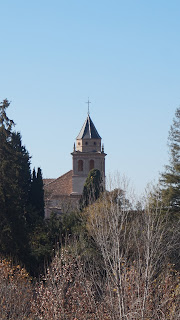 Especially if he was in it.... 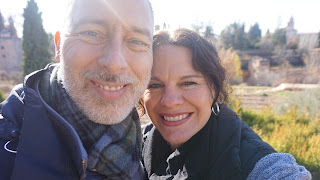 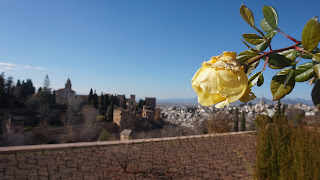 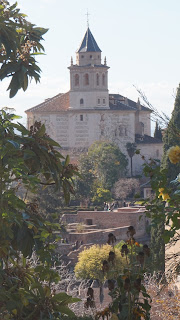 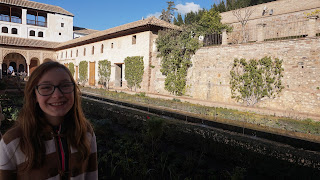 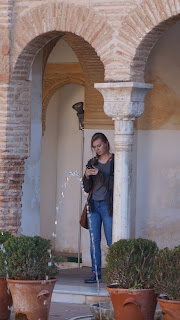 I suppose this picture ended up being my favorite. 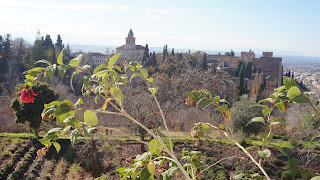 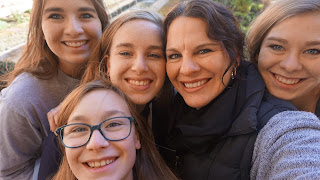 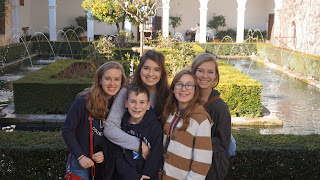 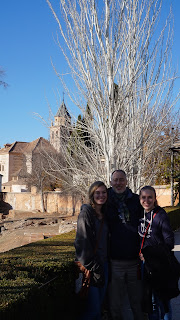 Posted by Sara Campbell at 7:58 AM