The African braid was getting looser and looser, so we decided it was time to take it out. It was all hands on deck as we picked the tiny braids out. 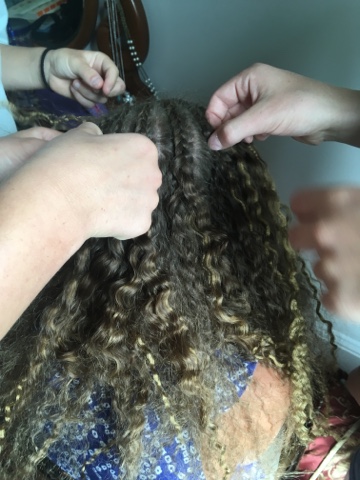 We giggled and giggled at the long extensions used to anchor it. Sweet Cheeks turned them into a horse tail, which she promptly wore over to her cousin's house. 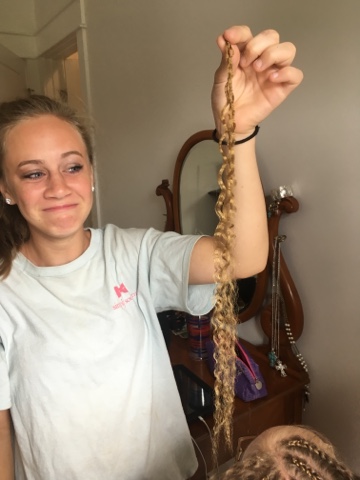 I honestly thought her curly hair was beautiful when it all came out! Will we ever do this again? I'm not sure. But I've got one talented daughter (Miss Middler) who braids beautifully. Maybe we can recreate a simpler, non-extension version. 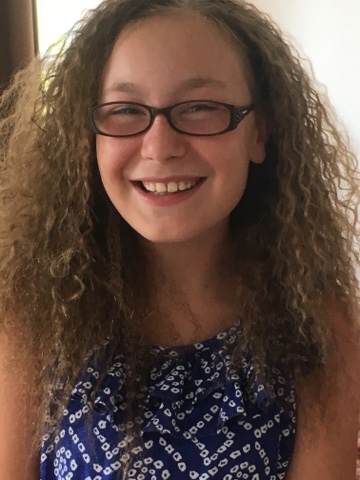 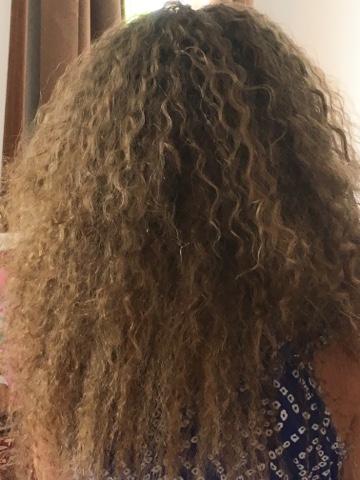 We've been finding odd jobs to help around here, one of which was weeding a flower bed on an extreme slope. After we finished, Firstborn promptly marched in and bossed her Grandma that she was NOT to ever get any sort of idea to try that herself. Firstborn assured her that she would keep it weeded on her weekends she visits. (Whew, that's a weird concept. Visiting grandparents on weekends? She's never lived in the US to see them in her 18 years!) We tried a serious picture here. I've decided my smile looks better, wrinkles and all! 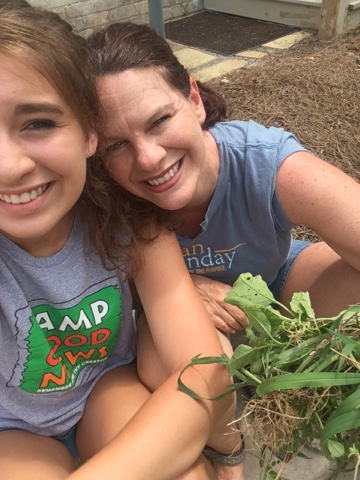 Big Ben has been learning to drive the mule with Grandaddy. Grandaddy says the skill he needs to work on the most is not looking around at everyone else while he's driving. That does not surprise me in the least. 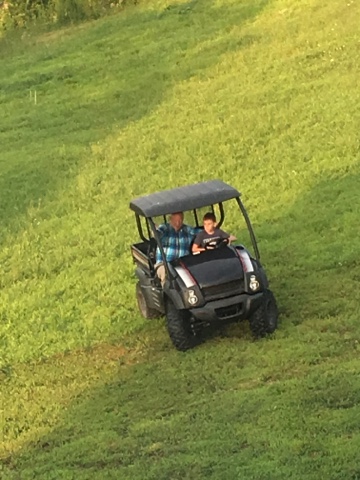 We've had some sleepovers and lots of plain ol' fun. 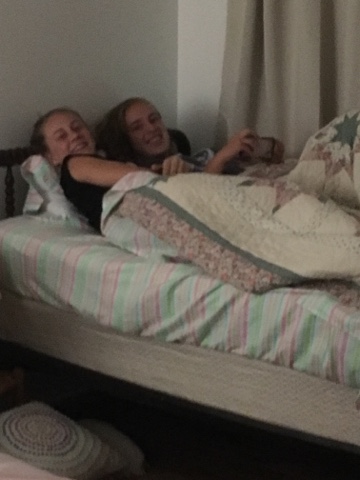 Our days in the summer click by ever so fast.
Posted by Sara Campbell at 3:02 PM

Now THAT is some hair. Love it!