We still had that last afternoon after the administrators left, so we took Nonie and Pops on a hike. Here's a picture I take nearly every year. They are filling up those inlets more and more! 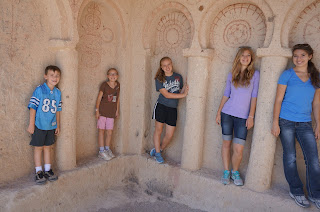 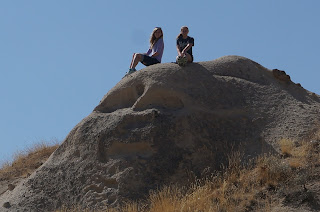 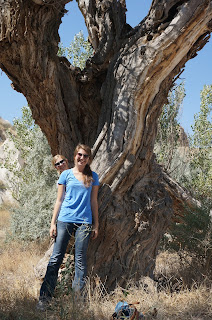 We finished up with a wonderful Turkish breakfast the next morning, then hit the road for Antalya. 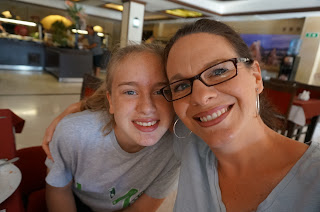 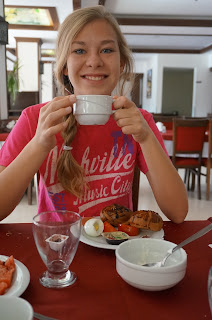 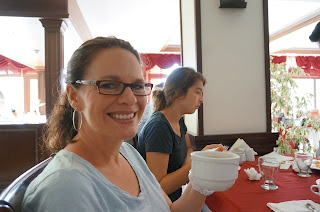 On the way, we got caught near Konya (ancient Iconium) in a traffic jam that turned out to be some type of something! We never figured out exactly what it was, but we ruled out wedding. We never saw a bride or a car decorated with ribbons and flowers. People were honking and shooting starter pistols out the tops of their windows. They generally seemed happy. Little did I know Firstborn was videoing with her phone. The video is hilarious and realistic. It ends with me saying, "Just run the red light and get out of it!" which is exactly what CC did. 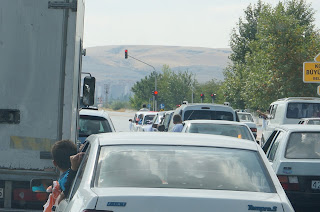 I had never seen this before, but we passed many refugee camps along the way. 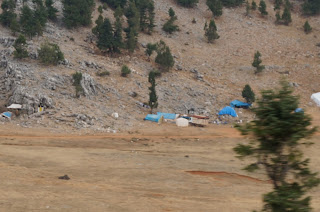 Posted by Sara Campbell at 5:27 PM