Our first Christmas concert of the year was in early December. My four girls would perform in some capacity.

Firstborn was in an afterschool band club, where she picked up her saxophone once again, a girl after her Grandfather C's heart. Miss Middler has been in a Band class all year, along with the other 8th graders. She plays the flute. Since they have the class daily and practice at school, I had not really heard her play it. One night I was on the phone and heard the most beautiful flute music. I realized it was coming from MY house! 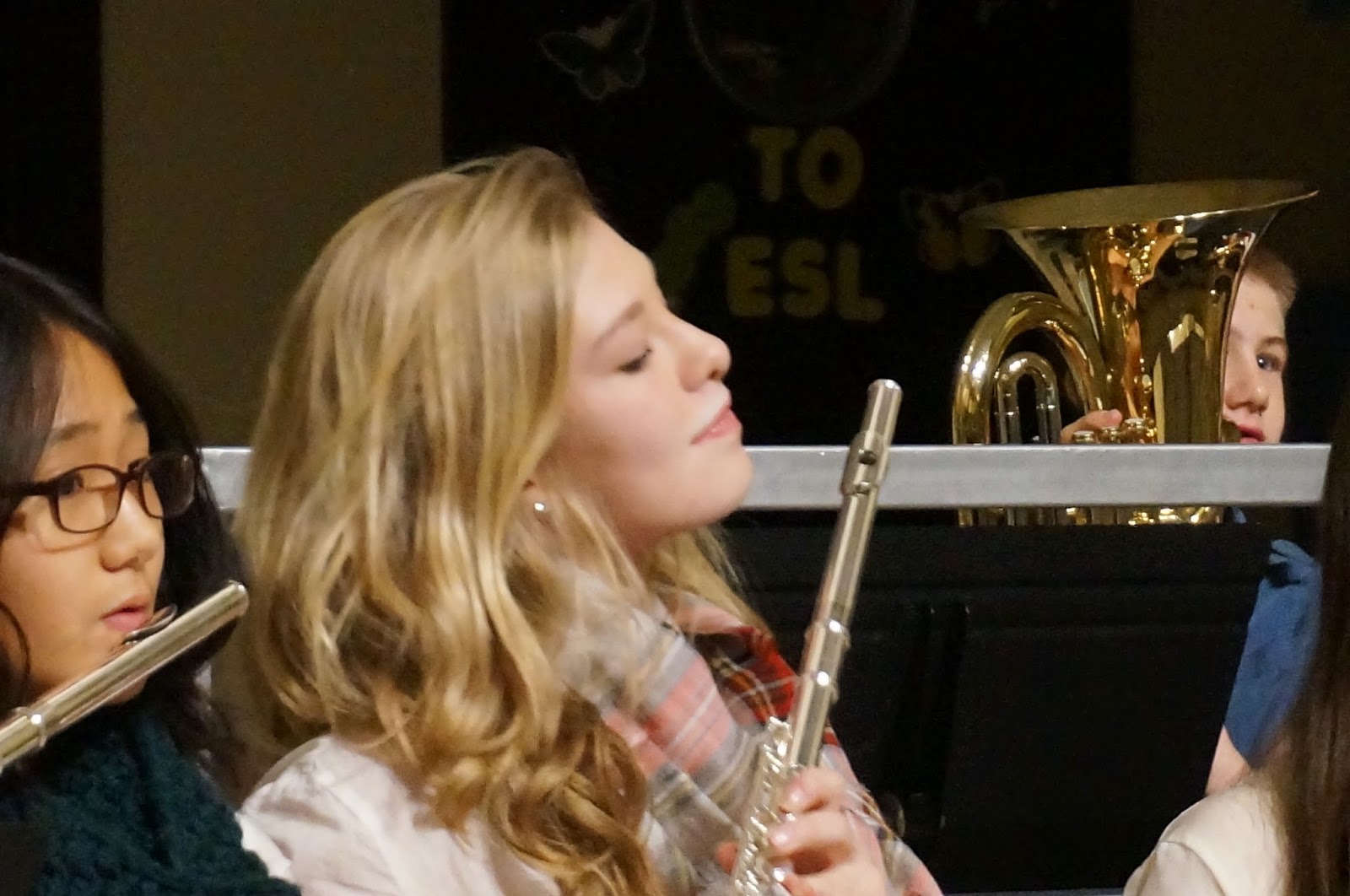 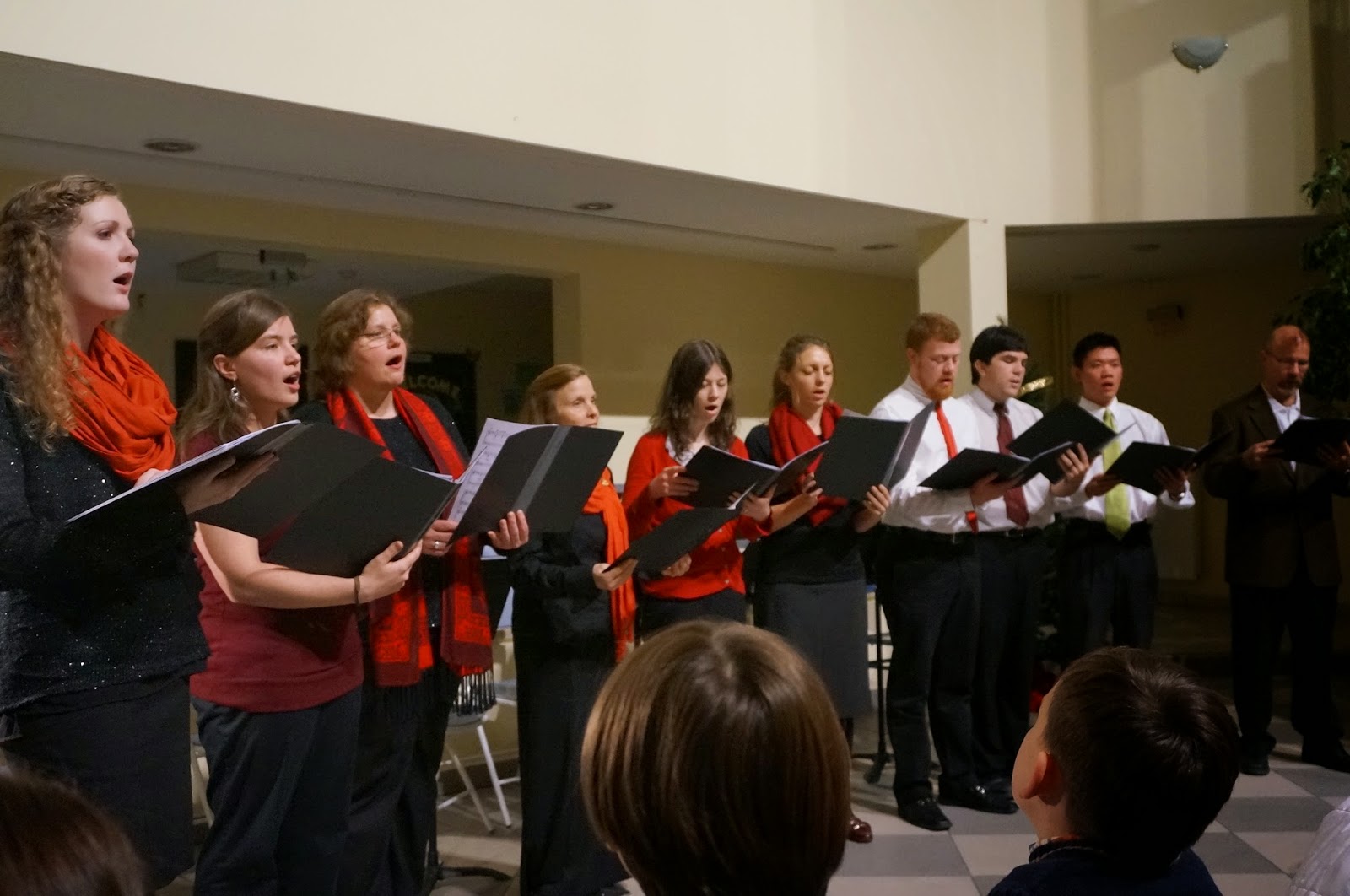 Sweet Cheeks was in a junior choir and performed as well. 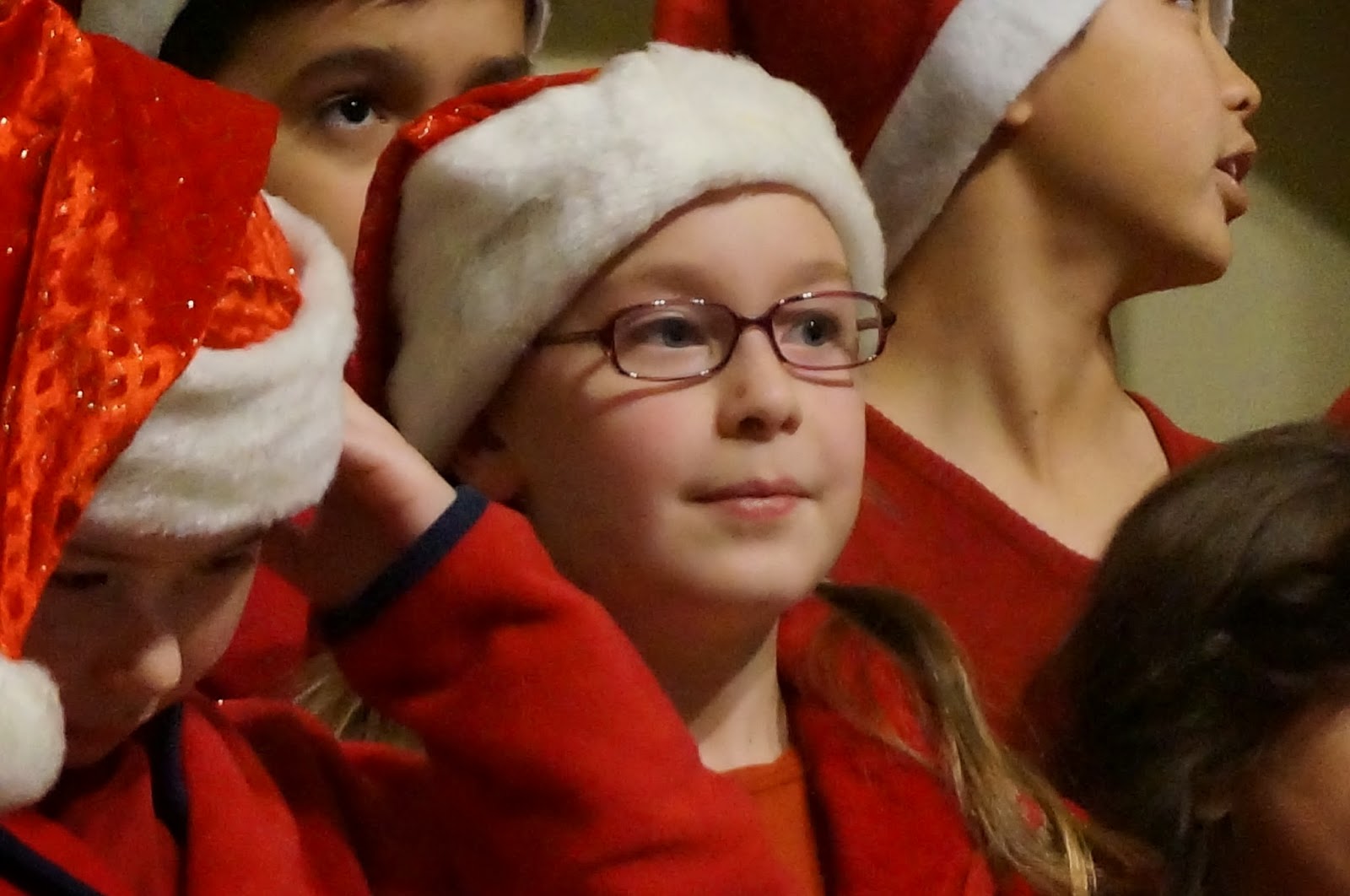 And these girls were asked to sing a small duet along with the junior choir. 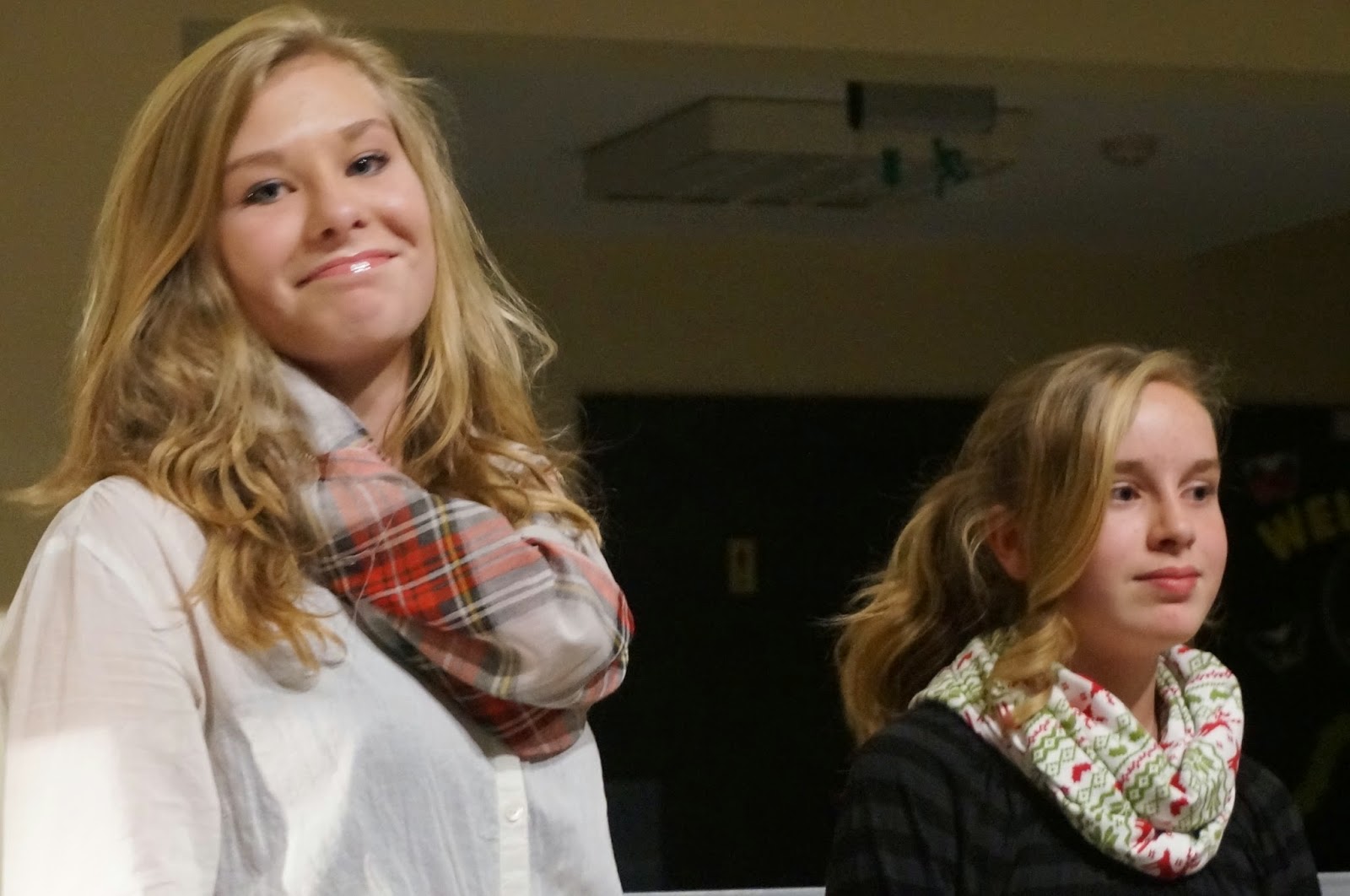 Big Ben's job was to sit quietly and listen. And he performed it perfectly.

As did his entire row. So after the concert, I bought them all a cookie at the bake sale! 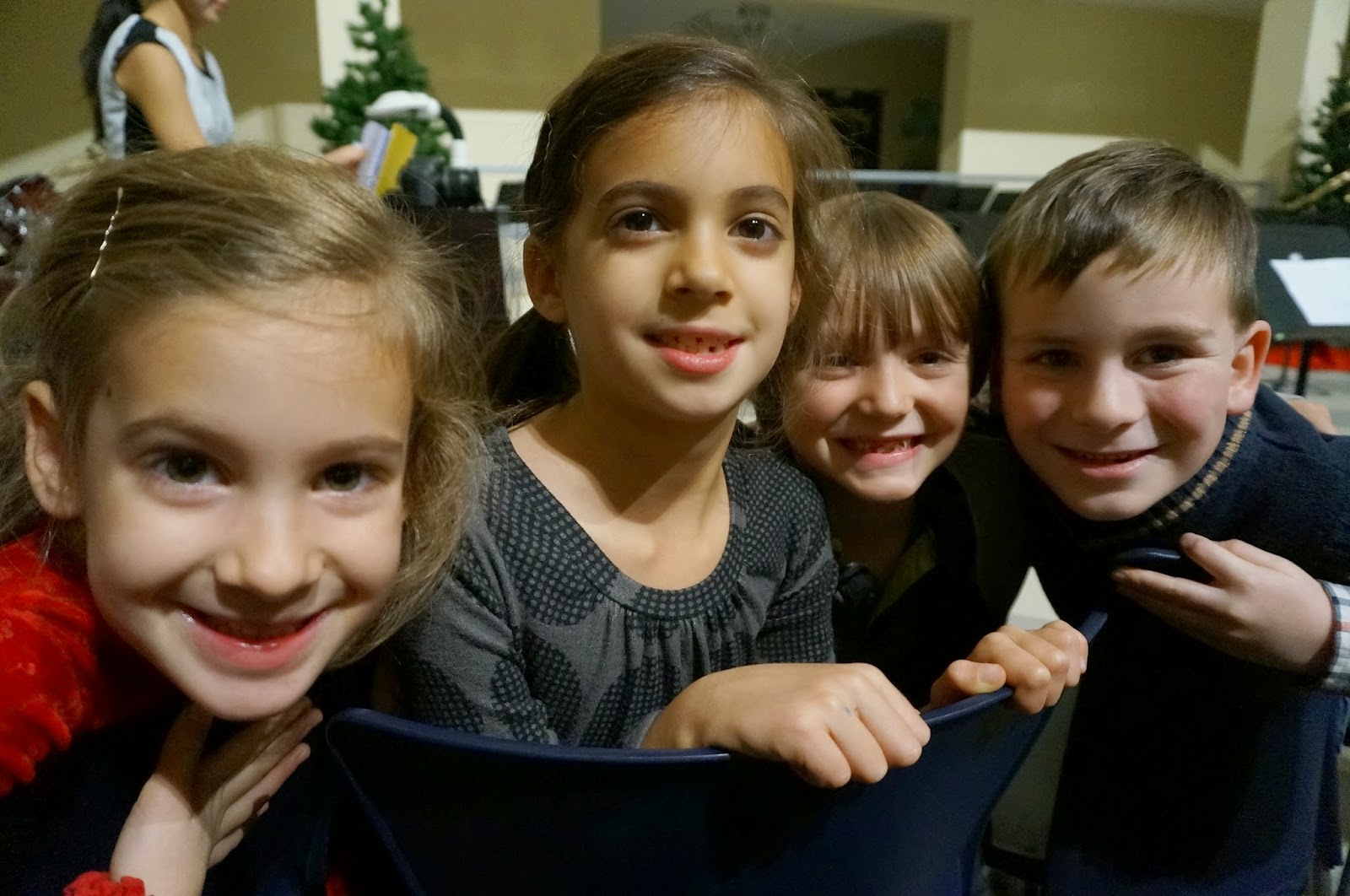 And if feels like Christmas is launched!
Posted by Sara Campbell at 12:47 PM