I have so many favorite memories, but this was surely one. We drove out to Kilmartin, a further point still in the Campbell lands. We came upon this ancient church STILL IN USE! This present building was built in 1835, though earlier churches were built in its spot. 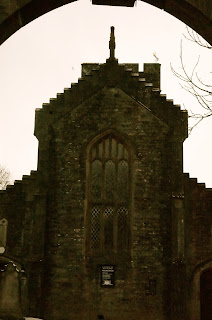 It was snowing. And we got out to walk around the graveyard. This was one of my favorite things we did. It was so beautiful and so moving. 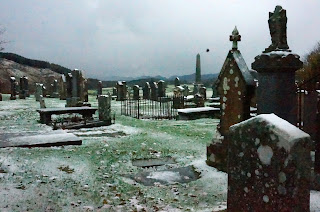 Stone after stone spoke my soul. Who were these families? Did they expect these passings? Were they spiritually prepared? So many children and babies laid to rest here. Did the mother's grief ever ease? From what did they die? 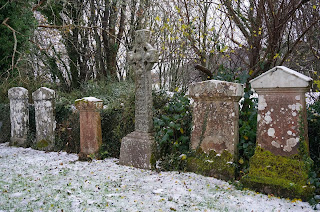 Inside a small enclosure were some late medieval gravestones from the 14th-18th centuries. Here is one with an ancient spelling of our name. 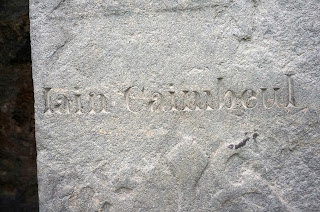 These gravestones are unmarked with names, but were carved with such things as warriors, spears, swords, animals and lace patterns. 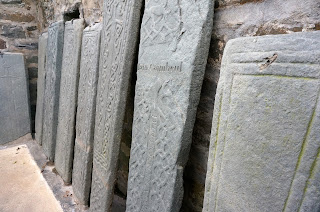 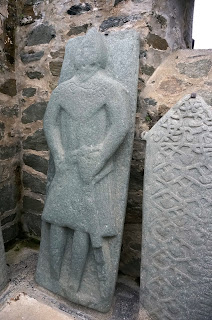 This may be my favorite picture I took on our trip. Crosses, vibrant colors in spite of the weathering process, and young sheep in the pasture behind. 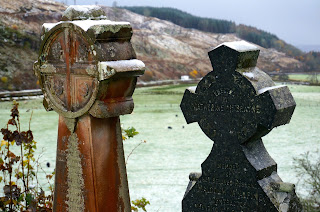 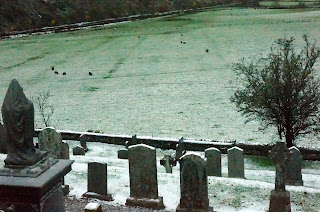 There were a few more recent tombstones, such as this one, marking the death of a man just 4 days before my birth. 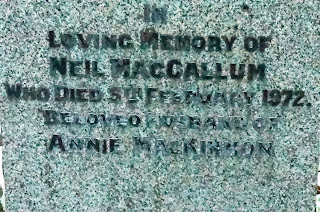 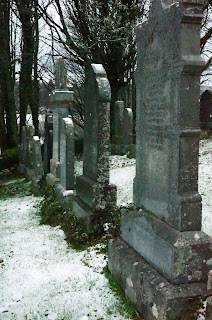 And the most fascinating thing to me was the STONE TABLES. This was C.S. Lewis' inspiration in Narnia, though I never realized it was such a thing. It is suggested they were placed upon the ground to prevent wolves from devouring the deceased. All I could think about was Aslan breaking the stone table in resurrection! 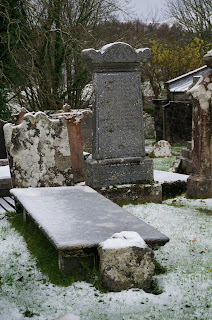 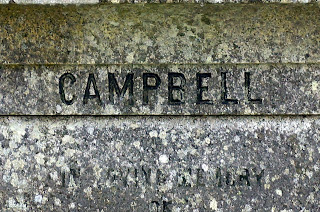 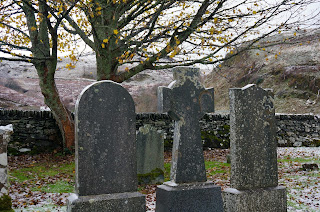 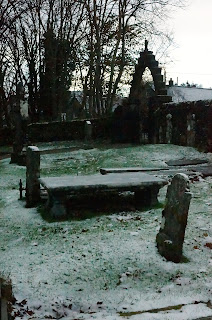 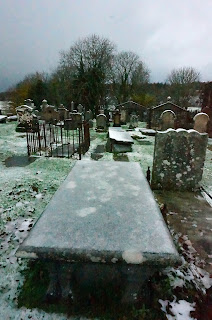 I think my favorite word I saw over and over was, "Beloved."
Posted by Sara Campbell at 5:38 AM