Our final destination in the Lock Awe region was one of the most famous Campbell castles, called Kilchurn. This beautiful bridge was just outside of the castle. 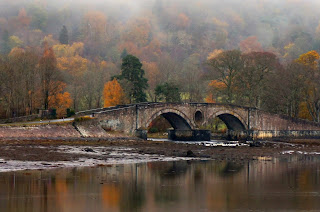 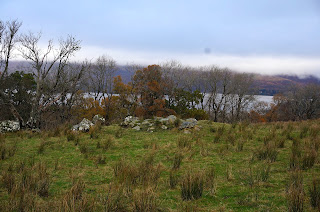 At times, depending on rainfall, the castles sits on an island, as it would have in the 15th century when it was built. It was occupied by Sir Colin Campbell, as a five storey tower house. Over time, parts were added until it was possible for 200 troops to live there. 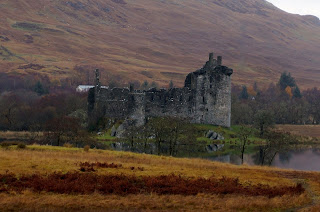 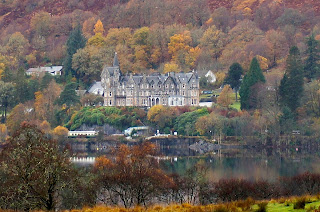 We parked our car, then began our way down the footpath which would take us to the castle. Suddenly, this darling bird landed just 2 feet from us. He perched on the sign that said, "To the castle." We had our own private guide. 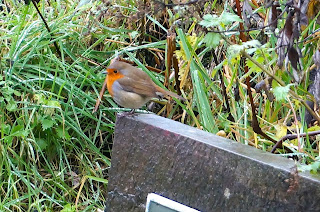 Posted by Sara Campbell at 5:46 AM