Remember when we didn't have digital cameras? We found all kinds of hilarious pictures developed at the photo shop. These days we just delete and re-take.

But sometimes the outtakes are the funniest.

Here I was demonstrating the back-to-back high school pose. My date didn't cooperate. 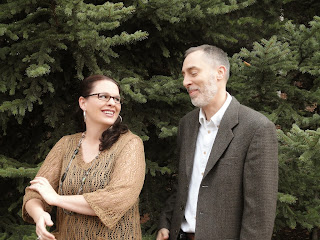 And then I suggested that maybe if we had gone to prom back when I was an 8th grader and he was a senior, we might have even embraced for our prom picture. I think my date is shy. 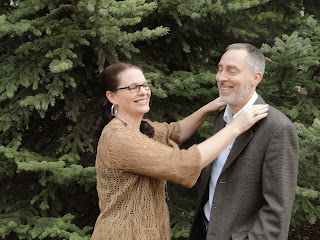 CC is so cute with his boy. I suggested we might take a 'guy only' picture. We did get a good one, after a few. 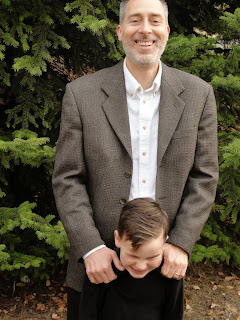 These made me laugh so hard. I suggested we do one of these famous "walking toward the camera" pictures. The only thing we lacked was a professional photographer. At this point, I had made a simple suggestion to Big Ben that he should take slightly larger steps. 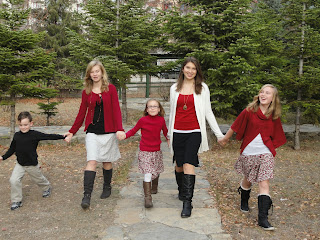 Slightly larger steps I got....as well as some real laughs. 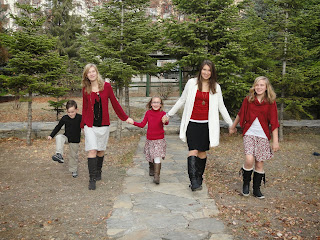 The jumping picture that was a success was the very first one I took. We tried to do it again just for fun. But every one of the subsequent pictures have one little boy who didn't quite get off the ground when the others did. 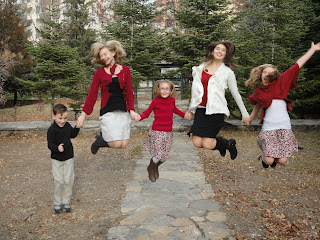 And then there was the photobombing. Firstborn wanted a walking picture of us. The only problem was that Big Ben had found an amazing stick he wanted a photo of, too. 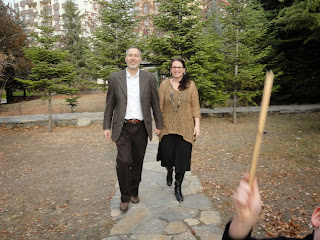 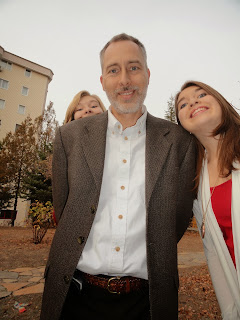 I told them all they would thank me one day for these photo shoots!
Posted by Sara Campbell at 7:16 AM