Drawings for my Heart

I love to peer into the drawings of my kids. It reveals so much about them. I love that they love to draw. Big Ben usually takes a normal coloring page and adds something to it. It's usually involves Star Wars. Here I found Chewbacca and some storm troopers in this jungle. Maybe Chewbacca wants that banana above his head? 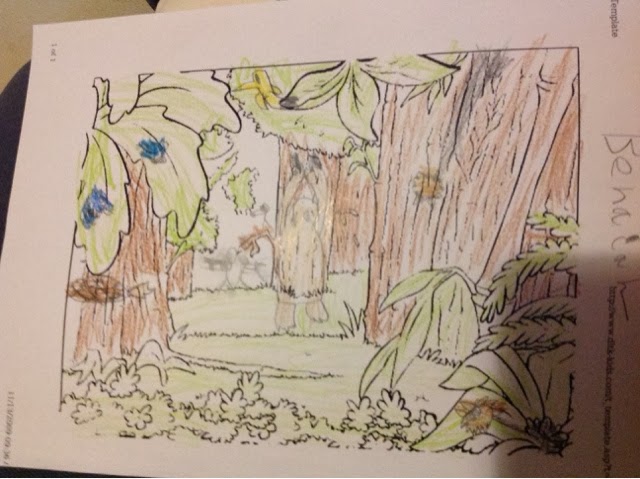 One way he has connected with his Papa in a big way is that he knows Papa can draw well. He has started to make requests. The other day he asked for a dinosaur with a man coming out of the jungle yelling, "Dinosaur!" When he received it, he went back and suggested a few more trees be added!!! Papa added more trees. Big Ben is so proud of these drawings, he keeps them all. 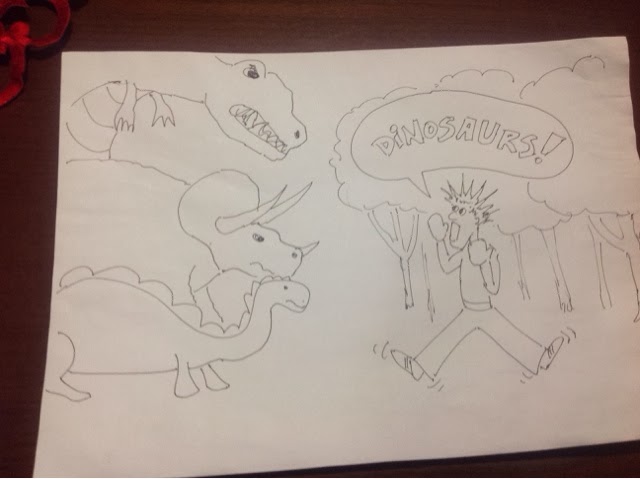 Now it's become a several-times-a-week request. Papa sits down after the kids have gone to bed and whips off a new drawing. It's like having your own live coloring book illustrator. This one was a very specific request...a football player making a catch while being tackled with two hands. 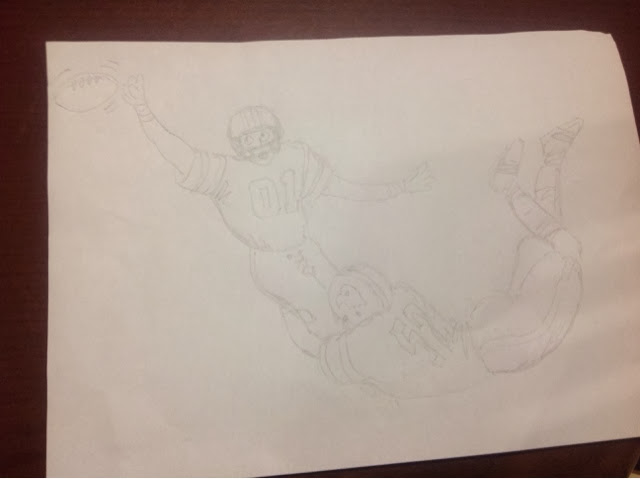 And then the darling boy drew one like his Papa's. I'll keep it forever. 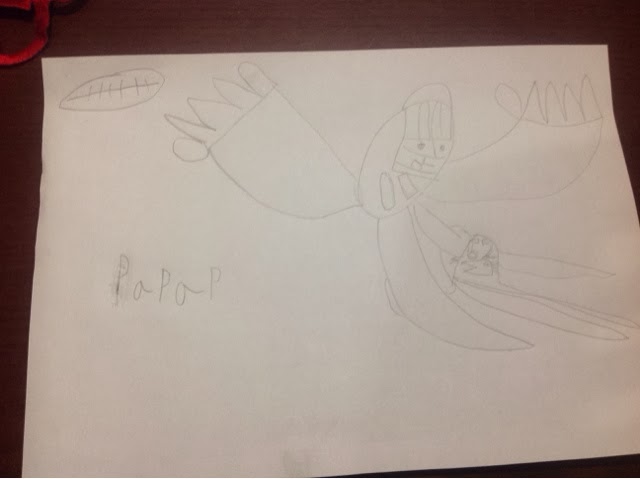 At our Christmas Fair, I purchased this fun frame that you can write on. We've been passing it around to each other every couple of days. It was Big Ben's turn to tell someone else why he loves them. He asked me to help him spell all these words to his Papa. 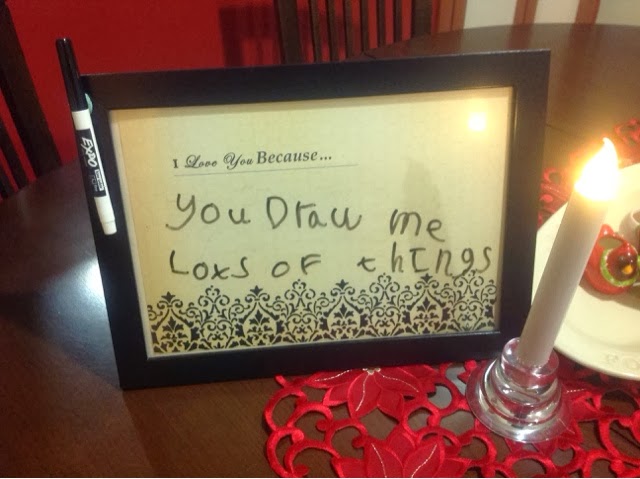 Posted by Sara Campbell at 6:30 AM