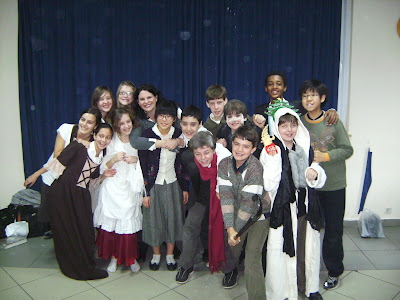 Above is my 7th grade English Literature class. When Campbell Clansman asked me to teach it unexpectedly (when you are married to the boss, you pretty much know you have to say yes!), I was unsure how it would be. How could I possibly teach 7th graders literature for a full 1.5 hours a day? Couldn't we do 1/2 grammar, 1/2 literature? No, that wasn't in the course schedule. But I showed up. Told them I realized they all thought they were grown up now, but I knew the truth. You're just big kids, I told them. Kids who really want to do your best. Kids who like to earn marbles to get a class party, just like my 3rd graders used to. Kids who like to play games to learn new things. They began to thaw. They began to laugh at my jokes. They began to beg me to read to them more often. They began to hang around after class. They began to not be inhibited by their peers. And you know what happened to me? I fell in love with them. Wouldn't trade them for any other class at the school. This week we performed the play A Christmas Carol for some of the other students. I was so very proud of them. 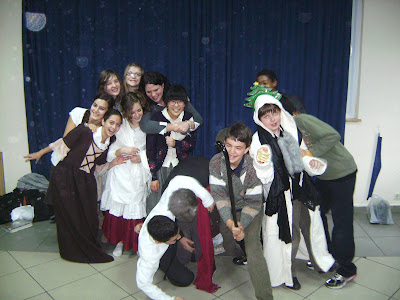 They created their own costumes. 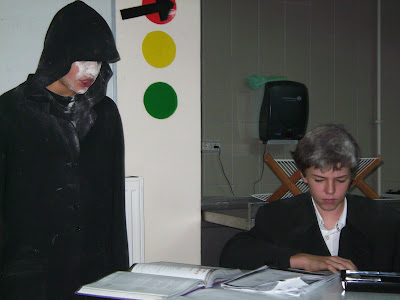 They interpreted the lines, emotions, and expressions of the play to make them their own. 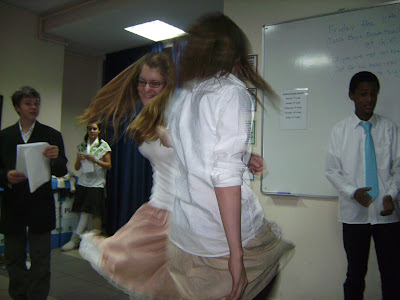 They showed up on the day of the play with white face powder and stuffed bellies. (I glanced up as the director and couldn't stop laughing.) 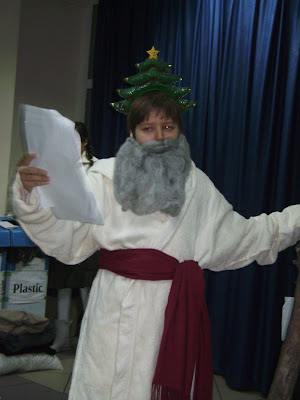 They are from America, Ethiopia, Turkey, France, England, Korea, and South Africa. What a great bunch! 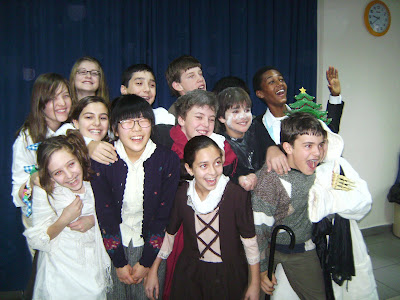 Your students are beautiful! My favorite part about (also) working with 7th graders is that they're old enough to be treated like adults when called for, but they still are soft and squishy inside, like a 7 yr old. They don't -quite- know everything about the world yet! :)

Clearly, they adore you! Lucky kids!

Kids are great. They are just waiting for someone to take time with them and love them. That is universal.

Yep, yep, yep. :) I can see exactly what you mean and understand why you feel like you do.

P. S. I would have loved to have seen their performance!

They are going to miss you!
Jamie