That last Sunday was a long day. I needed to get my own things together for the flight. But my heart was heavy. I got up early and went to the lobby for breakfast, secretly wishing the hotel clerk would not ask me, "How your daughter doing? She ok?" She did. I answered. I went to every church service I could find that day, meeting up with Firstborn and her two friends at an 11:00 service. Then I took them to lunch. I dropped her back at her dorm and spent the rest of the day, I don't know, doing things. It didn't take me long to get my bags ready. I stopped by the gift shop that has agreed to sell her paintings, just to get a picture of it for her papa. 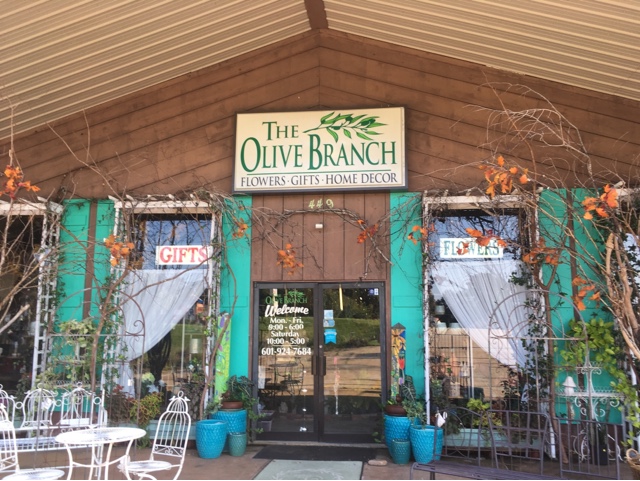 I didn't find a night church service, I am sure because of summer schedules and even activities to launch the college kids. So, I slipped into a coffee shop. I figured I could sip a decaf latte in the presence of other patrons, and the tears might not threaten to spill. It didn't work very well. I tried to get on social media, but the sweet comments being posted to me were melting me. I must say here that I did have friends offer to be with me during this time. I didn't take them up on it, because we had a plan already in the works for her to take me to the airport (which she very much wanted to do). I'm not sure what I will do next time. Next time will be in two years. I wonder if it will be easier. My heart is divided in as many pieces as I have family members, so I suppose it will be just as hard the second time. But if they go to the same college, I'll be handing her off to big sis, and that's surely easier. I still sometimes see them as my three little Singapore blondes, riding in the little wagon, swinging their little feet at the bus stop, running outside in the downpours to cool off, sitting in the tub together at 7PM every night before bed. How did it go so fast?

As the day progressed, I forced myself to do what I knew would be hard, but had been a goal to do before I left. I drove through the entire campus and prayed for her in every way I could think of. Protection from evil. Concentration in her classes. Friends. Boys. Decisions for her future. Wisdom. Health. As I pulled out, the sun was setting, so I stopped and took this picture of her dorm. Now that I see the picture, it feels very fitting that it would be the last one I took. It sort of looks like the setting and rising sun. It's hard to tell which. 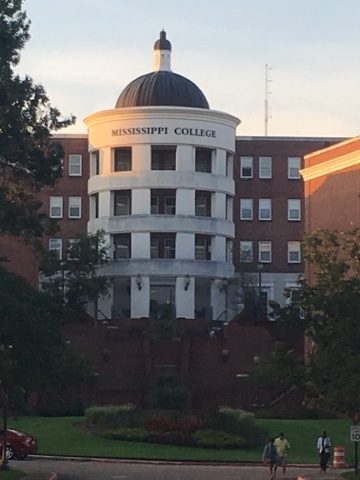 I woke the next morning with my heart split in two. One side said, "Let's get home. Hubs and kids waiting." The other side said, "This is it. The goodbye is here." She and her friends drove me to the airport, and I turned the car over to her. We held it together until the check in agent said, "That yo' baby?" 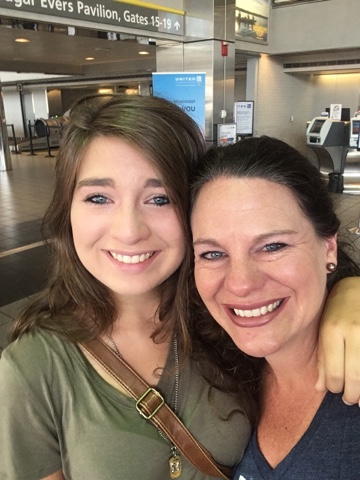 I have to post both pictures, because it is so us to realize the first one we took looked bad of both of us. We took another, then added filters. It's so us; we don't even make excuses to each other. Yes, take another.

I have zero regrets. Yes, there are times I could have been a better mom, but God has been gracious to me. He alone has produced a daughter who is striving after Him. She's ready for this, and it was time to say goodbye. 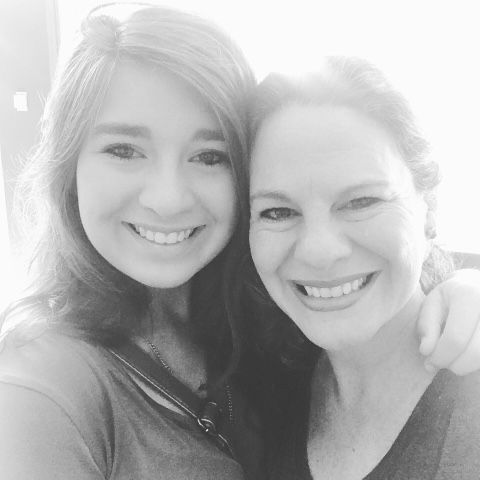 I walked through security and to my gate, flying alone for the first time in my life, believe it or not. I was glad for the new MC sweatshirt I bought. I felt cold in the airport. For some reason, the sweatshirt provided warmth in many ways. 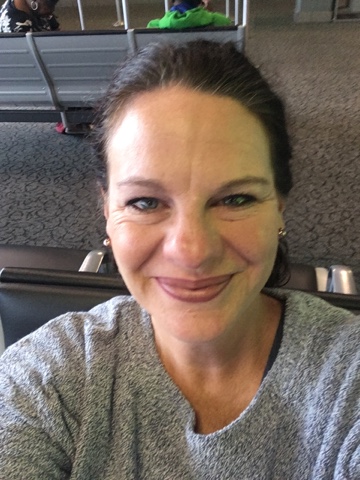 The eclipse from the air simply made the sky look dim during the middle of the day. I did poke a hole in a coffee cup and watch the sun become a crescent on my napkin. 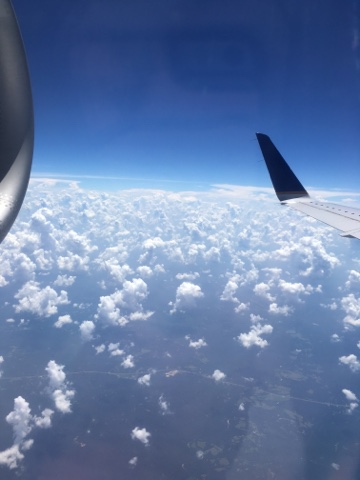 And I took this picture for Sweet Cheeks. I knew she'd like to see the clouds that looked like an eager puppy. 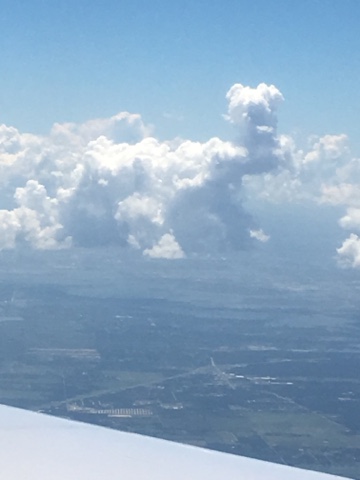 In Houston, I felt like I had cement in my shoes, but I did get on the plane. Thankfully, an empty row around me afforded me some much needed sleep on my long flight. I also met a believer on my final leg and that was a special encouragement to me. I can now say I launched one kid!
Posted by Sara Campbell at 8:35 AM

I hope we get college updates! :)

I am a high school registrar. I graduated in 1985 and began work as an aide in 1987. During my 30 years I have tried to set an example of what is right. Now I feel like I am a mama to 600 students every year. I watch them change classes and I pray. I get to see them in the normal school day, their very best days (college acceptance letters, scholarships, etc) and their very worst days ( deaths, family crisis, abuse...) Through it all, I pray. There is a football bench behind our gymnasium. It is the unofficial prayer bench of the BCHS guidance office. I have shared it's location with my counselor. That is where we go when we need to get face to face with the Lord and not be distracted. Thank you for sharing that you prayed over ME's campus, know that there are parents who cover your child, as well as our own, when you aren't with her. Thank you for sharing your journey of sending her off. I so enjoy your blog and will continue to think about your family and the wonderful work you do. Love, Tammy

On another note, my friends leave next week for your area. :)

Thank you, Tammy!! How very much I needed to see this on this morning. Tara, you'll get college updates. I feel like I've got a foot in both doors because she texts me all the time. I cherish and re-read each one!