After the Friday football game, we drove up to the lake house for one final fun weekend there together, before the keys would be handed over to the new owner.

We rented a pontoon. There are 20 of us! This was such a good plan, as we were able to move on the boat and have fun swimming in a cove, while others took turns doing the fun water sports on the lake.

After her cancelled flight fiasco of last weekend, I was sure glad to have Twinkle with us the entire time! 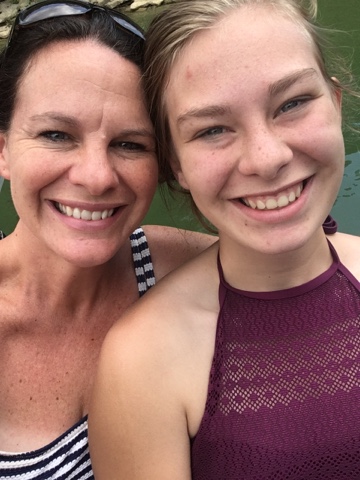 CC said he wanted to drive the pontoon. I thought he meant, take a turn driving the pontoon. But he wanted to captain the ship. He said his short lesson at the marina involved about 20% driving instructions and the rest was rules, but he pulled it off and we never ran aground. He had us in stitches all day with his captain talk. He's such a keeper! 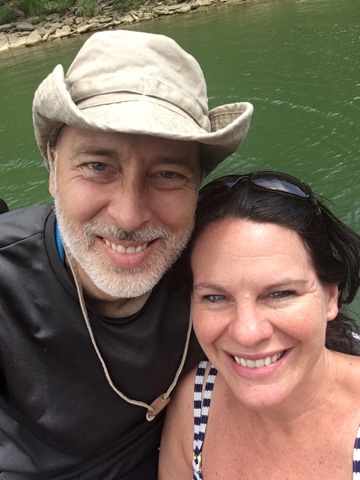 The boys found hours of fun jumping off the pontoon onto the raft. It was a pirate ship. It was a WWII lookout boat. It was a king of the mountain fortress. 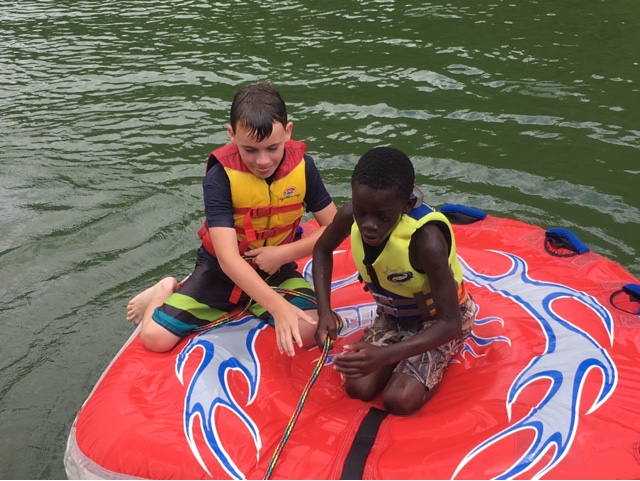 Having the pontoon made it super fun to have the grandparents on the boat and easy for them to step on and off at the dock. 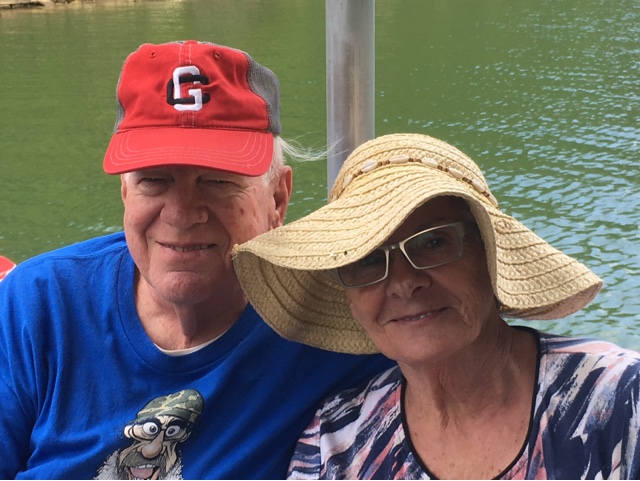 My sis-in-law and I had a great time together. I had no idea in high school I would be related to her! 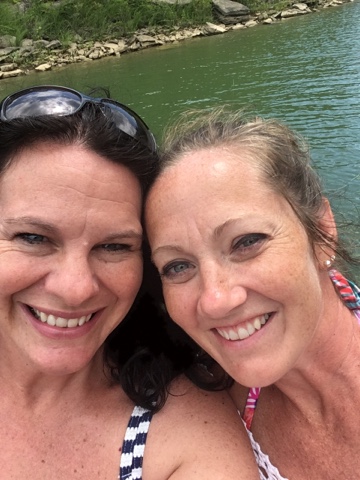 Our pontoon was a double decker. The kids never ran out of energy. Our captain took a nap, but they sure never did! 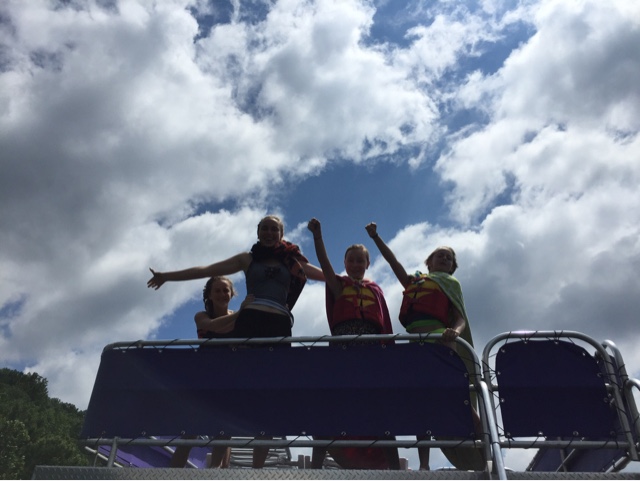 The other fun element was the slide into the lake. I was determined to try it. Holding my nose and  screaming the entire way, I made it down! 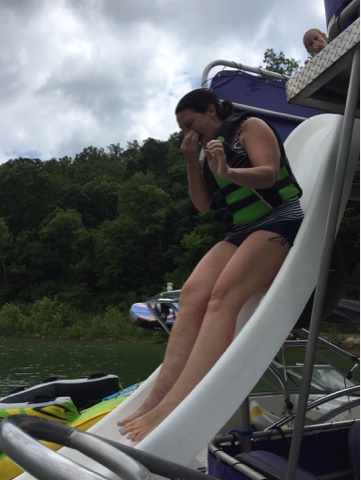 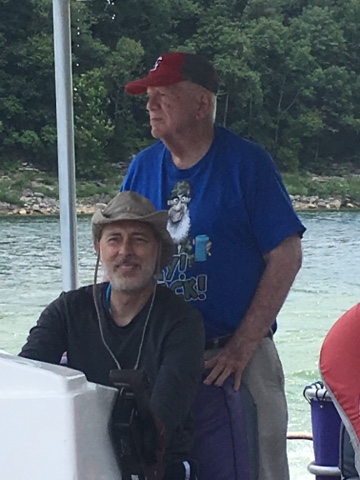 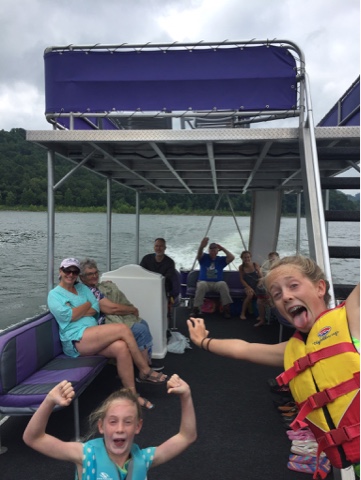 My brother bought everyone an ice cream candy bar at the marina. We brought CC back a snickers and told him we mistakenly thought it said, "Captain." He played it up big and gave us his biggest cranky face to go with his bar! 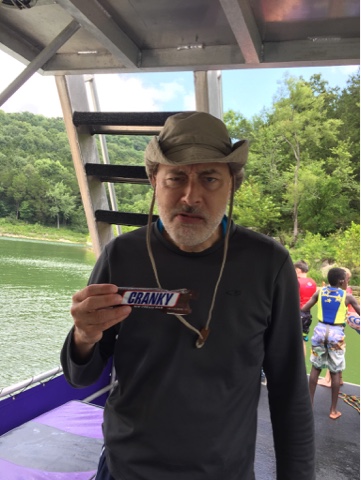 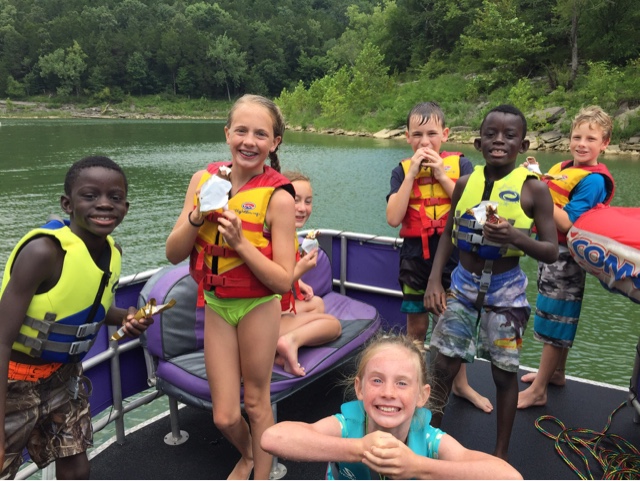 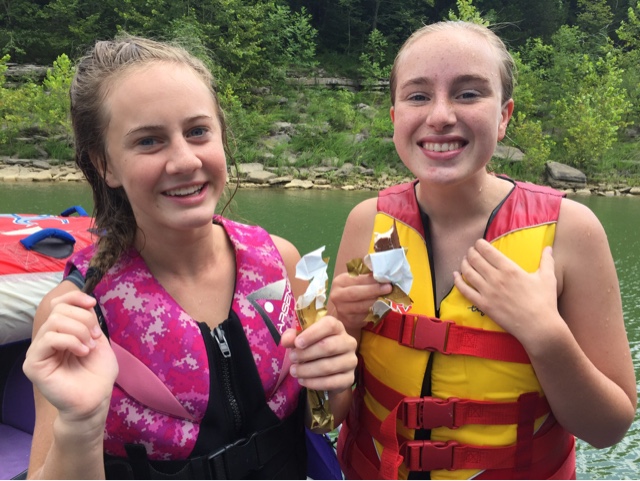 It was pretty much the perfect way to have our last day on the lake. We may go back, but it won't be to the lake house. It's a cliche, but life truly is short. I'm grateful for this memory.
Posted by Sara Campbell at 4:21 PM