We continued exploring Kilmartin Glen. It was such a beautiful place was interesting to think about the ancient people who made it their home. 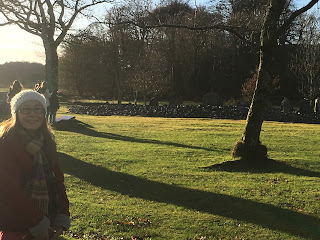 These are the mysterious  rock markers, placed in a perfect circle to reflect the sun at certain points in the year. 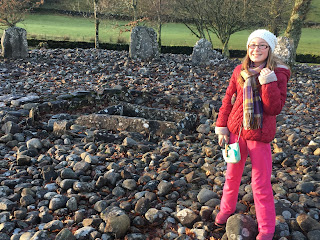 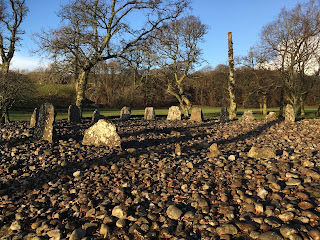 And looking back from the henges was Kilmartin Church and cemetary, which we had just visted. 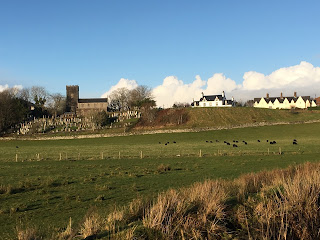 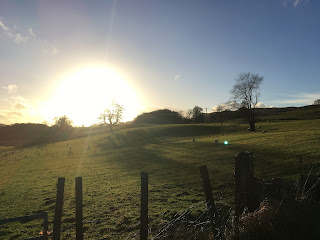 We hopped back in the car and drove a short distance to Kilmartin Castle, built in the 16th century and occupied by Clan Campbell. 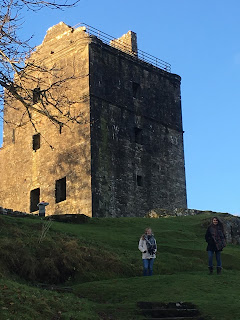 This castle was far more intact than the one we had seen the day before. Here's Big Ben peeking through a lookout hole, or maybe a place through which they could shoot arrows? 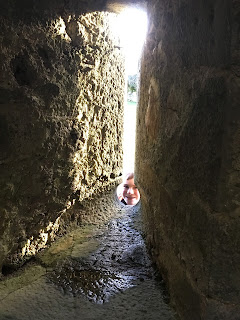 The inside was so well preserved and immense! 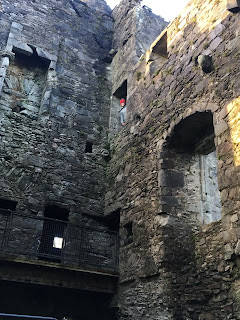 If you can see the top window in this picture.... 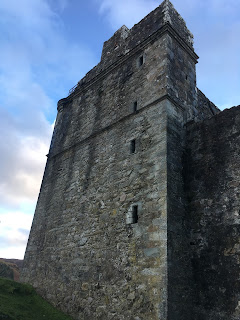 ....this is that same window close up. 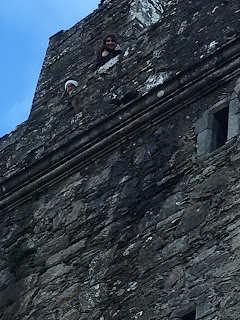 The ancient gate entrance remained, so I sent the Campbells to stand under it! I wonder if the Clan knew their ancestors would be visiting their castles 500 years later. They probably thought we'd still be occupying the fortresses! 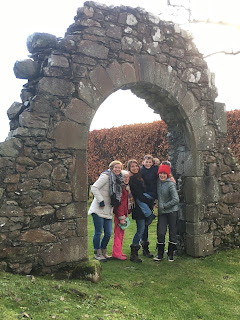 Posted by Sara Campbell at 5:08 AM