I went one by one to my neighbors in my apartment to tell them we were moving. I was unexpectedly very emotional as I said goodbye. They have been so very good to our family. We've had tea, we've exchanged plates of food, and some have even come to our Christmas service when we invited them. They didn't want us to leave, said, "Oh, but I wanted you to teach me English!" and gave me their phone numbers to stay in touch.

Then the day before we left, I heard down on the street below, "Simitci!" (A "simit" is a round, sesame bread similar to a soft pretzel. The simit seller, called a "simitci," walks the streets selling the bread from a spinning tray on his head and calling this out to let you know he is coming.) I called down that we would like to buy some. He brought them in to our door. This simitci is no ordinary friend. He's been around all 12 years we've been here. In fact, he used to coo at this little girl when she was just a week old, sleeping in the crook of my arm. Since then, he's pinched her cheeks, greeted her by name, and brought her a flower he's picked for her on almost a daily basis. It was a gift to me that we could tell him personally that we would soon be moving. He said he would come out to our new part of town to sell us simits. 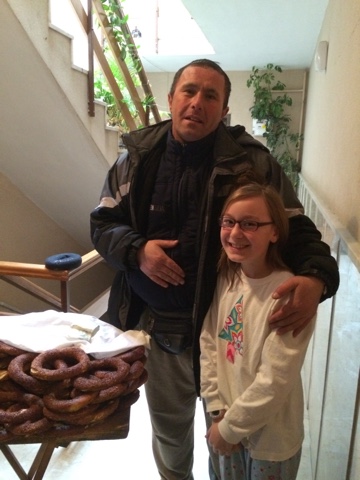 I asked him for one last picture with his tray on his head, and he was proud to grant it. 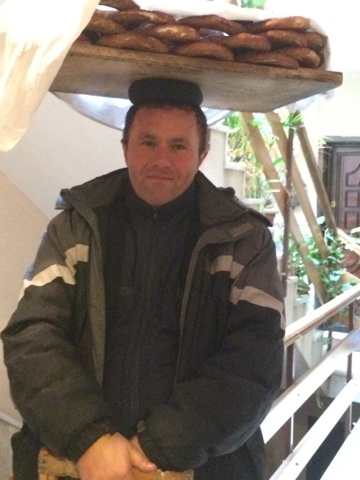