CC sent the kids and me on out to the new house. We had a lot of time to kill because the movers' plan was to pack it all onto 2 trucks, then move it here all at once, then unload. We explored our neighborhood a little. And waited. And waited. We met these 2 cute fellas next door. They are the most darling pair, each climbing on top of the other to get the best spot to see us. There is a sign that says "Guard Dog." What a joke. Their whole bodies wag when we come talk to them. 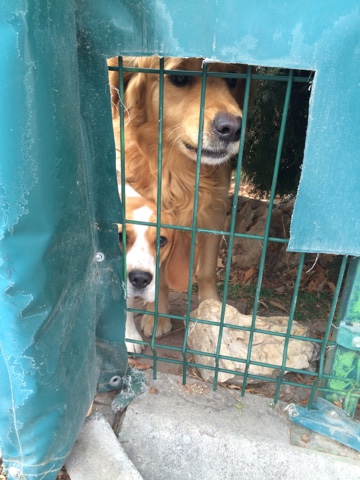 I called CC, dying of curiosity. How's it going? What are they doing? He replied, "Well. They've packed some of the house. Now they are sitting on a giant tarp on the den floor, drinking tea and eating an enormous breakfast." He offered them the table. They said they'd never get the old man back up if he sat there. Such is life in Turkey! 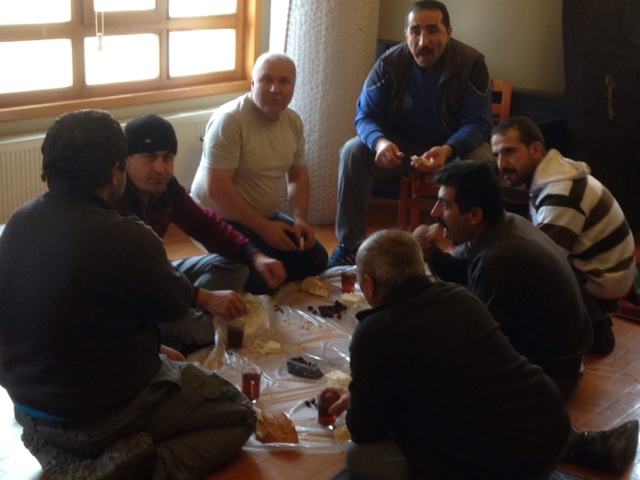 CC called and asked me to come back to the old house. He needed to get our water and electricity hook ups in his name, so he wanted me to keep an eye on the movers. I didn't say much. I just huddled by the heater with my phone, since the couches and chairs were all loaded. Then I heard them say something about going ahead with 1 truck now. I called CC and just let him know. Back and forth the conversation went. Then I heard them say, "Watch out. That lady understands Turkish." ha ha. Just enough to be dangerous, I assure you.

Here's all my household goods going down this box elevator to the truck. This was so much better than the old way, which involved carrying everything down the stairs and elevator. 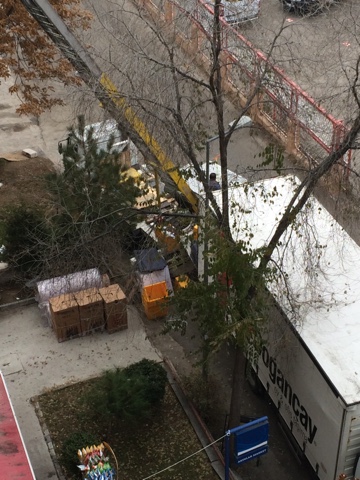 Meanwhile, at the new homestead, our sweet friends D and T showed up to help. They took down all our bannisters, knowing the movers would not be able to navigate the small staircases with the furniture. Let's just say...this couple is so talented, and cute, they seriously could put any home fix-it show to shame. 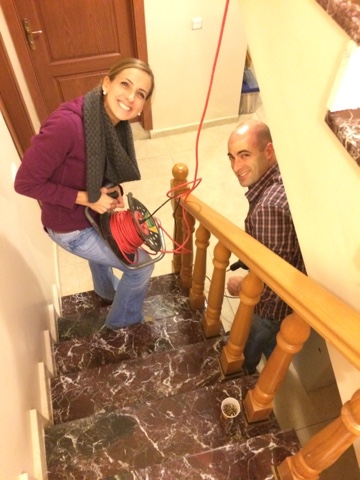 They worked late into the night. We fed them lunch, and also offered to order them dinner. They opted to keep working and asked us to give the money towards their tip. They worked very hard. By the time we went to bed, all the beds were set up, and we crashed.

The next morning, CC went outside, and I took this from my upstairs terrace to have a memory of all the boxes! 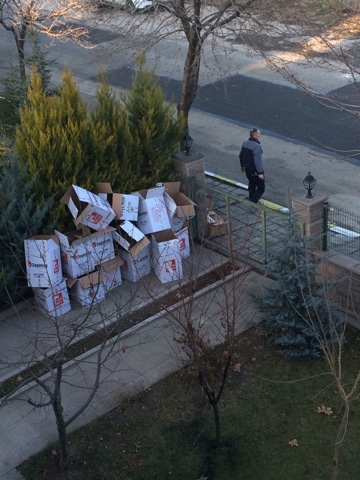 Priority #1 for me was the kitchen. I spent the entire next day unpacking and sorting the kitchen goods. This kitchen is a slight downsize for me, so I determined to be organized and do it right the first time so I didn't have to re-organize later. 12 hours later, I had it done and snapped this picture. I didn't want to leave the kitchen because it was the only room in the house set up! 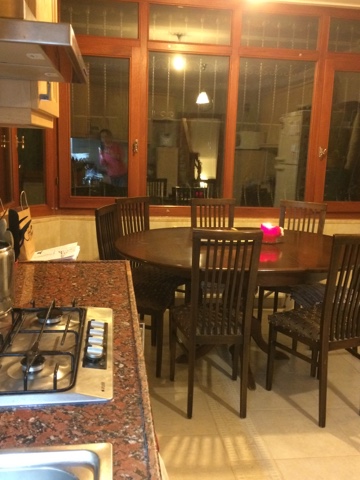 I slept so well that night! And then the next morning, CC and I woke up and looked out the big picture window from our tiny bedroom and saw this beautiful sunrise! 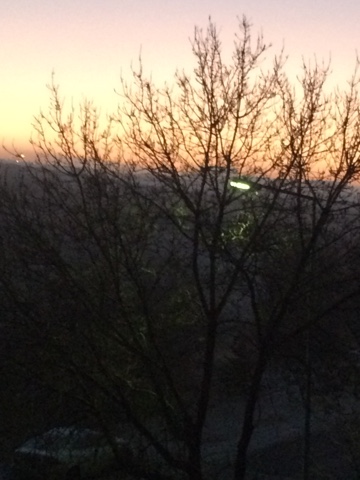 But we weren't the first ones up! 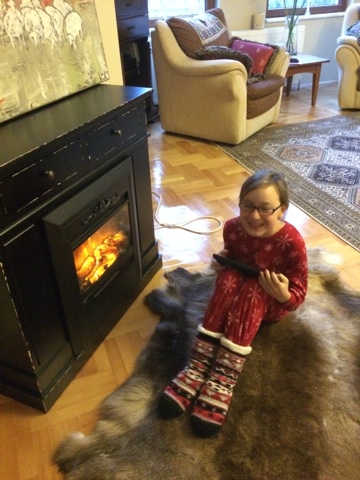 After a few days of unpacking and sorting, Twinkle Toes asked me about the mall nearby. Realizing this move away from friends and familiarity (and the mall she could walk to!) was hardest for her, I took the morning off to go down the road and explore the closest mall. Such a city girl! She was ready to buy a bus card and travel down there alone after just one visit. 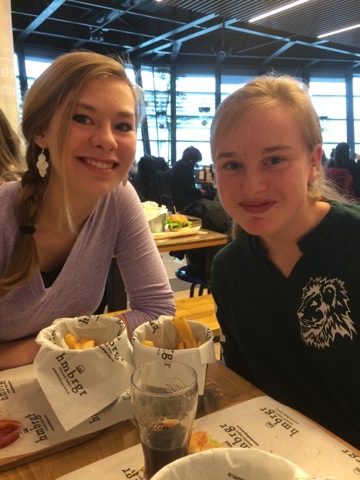