I was VERY, VERY proud of my three little Campbells who had a part in our high school play Cheaper By the Dozen. We have some very talented kids at our school and very capable directors. The play was superb!

Firstborn, though she is in elementary school, was cast as a teen for the play. She was to be a mean-spirited girl, with a couple of nasty lines, laughing at a prank played on the oldest Gilbreth daughter. She was to giggle at everything this boy on the left said. She did! 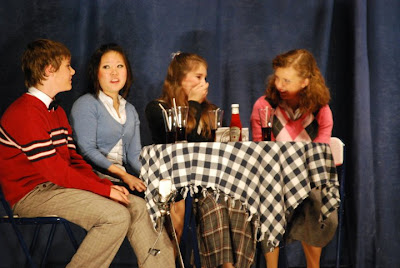 She played her role so well, I nearly wanted to stand during the performance and say, "You're grounded!" 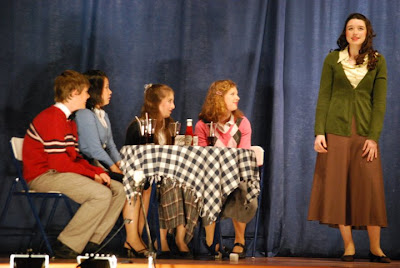 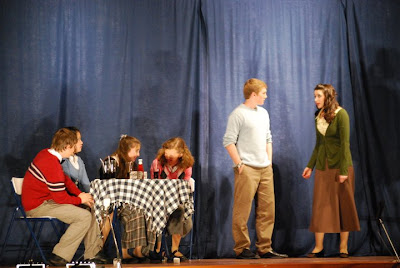 The girls got to have black Cheaper by the Dozen t-shirts and wear them to school with jeans on the performance dates. It was a packed week, but we survived it. Here, they are stopping at the little store below us for a pogaca (a little stuffed bread) for breakfast. I let them sleep late, then eat breakfast on the run before school. 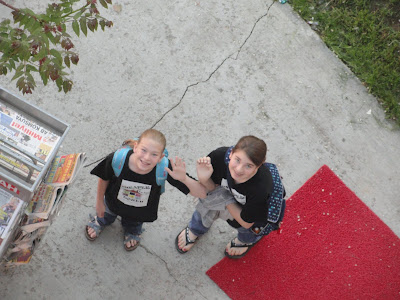 That's a lot of stage make-up! Well done, Firstborn! I was so proud of you! 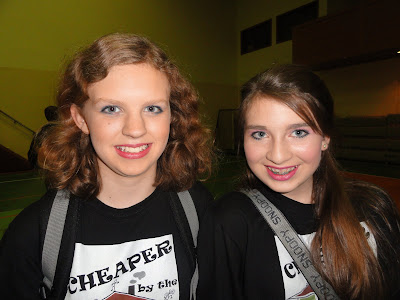 Posted by Sara Campbell at 2:58 PM