A First for Firstborn

This week I have been feeling much like I did about 10 years ago the very first time I left Firstborn with a babysitter. She was about a month old. I wondered what she was doing. I missed her, with a little excitement tossed in. I also realized she had begun those first few steps of independence from her parents. This week we sent our firstborn off to camp. She was so excited she could hardly concentrate on anything else. We'd be having a conversation over coffee, and she'd run up and jump up and down and say, "What about a flashlight?! Do I need a flashlight?!" By the time camp arrived, I was ready to get her off. 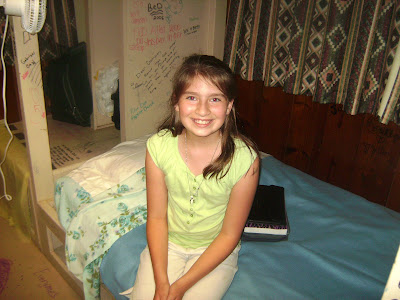 Her Mimi rode up with us to drop her off and even gave her a special camp necklace....a silver flip flop! 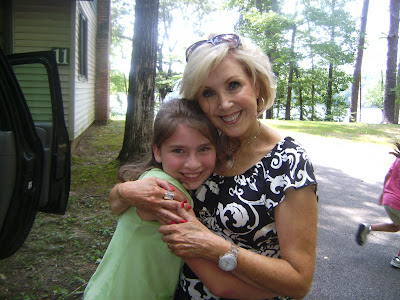 Her little counselors were adorable. I say this often, but God spoils me, He really does. When we got there, we realized they were from the same church as Ross' recruiter and were very familiar with our lives in Turkey already. 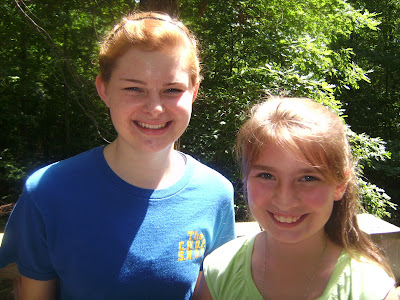 They seemed very capable and ready to be 'mama' for a week. I resisted the urge to whisper to them, "Do you know that this little person means more to me than anything I own or will ever own?" 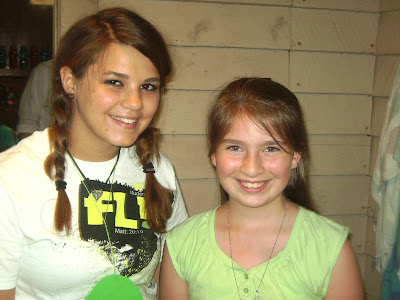 Then on Wednesday, I received a letter from her. I breathed a big sigh of relief. She is having a great time. It reminded me of when I got a letter from some boy over the summer. I must have read the it 15 times. And I called other people to read it to them. Only this time, I was certain the one who wrote the letter would be in my life the rest of my life. It was so very cute, I thought I'd type it here...just exactly as she wrote it... " Hi, I'm having the most fantastic time! Instead of taking us on a long hike, we stayed up getting to dance. I got enough sleep mama, don't worry. PLEASE mail me a letter. I've made a few more friends, and I'm in my rest time. Right after this we're gonna go swimmin' FINALLY!! The Kizers mailed us, well Caroline aand your pretty daughter. Tell Annika she'll just love this camp! I ran through a hose and got the wetest you could ever be! Also, I'm in the green group witch is the Gadites group. Whoooo Gadites! Love, Mary Erin" 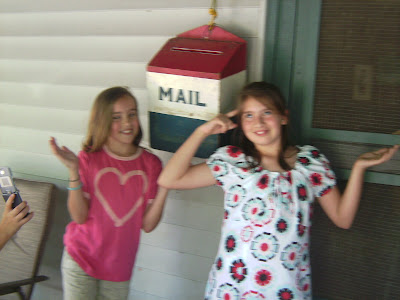 And, unlike those letters from boys so many years ago, this is one I plan to keep forever!
Posted by Sara Campbell at 1:29 PM

Soooo cute, Sarah! What camp is it?

so great to hear - what a growing time for both Mama and daughter!

Sara, Sara . . . I laugh more at you than the kids. I thought I was the only REALLY goofy mother but I see I have company!

What can we say? :) I realized how bad I had it the other day when Karoline was mimicking something Kathleen use to say as a little girl. It is something brothers and sister tease Kathleen about in good fun. Suddenly, it was not funny to me! I told Karoline to stop that! It was sacrilege to make fun of that precious "child" when she was not here to defend herself. Karoline stopped and looked at me with a puzzled look on her face and then broke into a grin and said, "Mooommmm."

I have Kathleen's sketch book sitting on my computer desk and I look at it at least twice a day thinking of her.