The Flight Over the Pond

Just as soon as school ended, we headed out across the Big Pond, as we call the Atlantic Ocean. We'd signed Big Ben up for swim lessons, as we have for the last couple of summers, and they were set to start the morning after our arrival. (You may think this sounds crazy, but after 18 years of annual jet lag, I've learned a few things that work. One of those is getting up and at 'em and in the sunshine right after we get there.) We had the privilege of flying with our family friends as far as Germany. Here's Big Ben next to the love of his life. 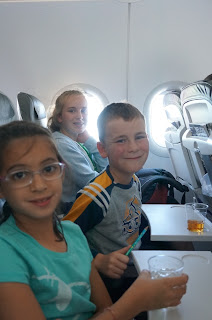 And Sweet Cheeks next to her best buddy in all of Turkey. The little doll next to her, the littlest in their family, hadn't flown since she was about 3. I had so much fun sitting across from her watching her raise and lower her tray, order and down a Coke in a minute flat, and lick all the butter on her roll. Her mother, on the far side of me, was out of a reasonable distance to correct any behaviors, which made it all the funnier. 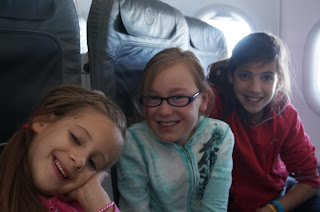 My kids are great travelers. I am so thankful for that. I came with the three youngest this time. CC would arrive a few days later with the other two. Here the girls are drawing unusual animal heads, holding them up to "attach" them to the bodies of people in the airport, then clicking a picture with a phone. The results were hilarious without anyone knowing what they were doing. 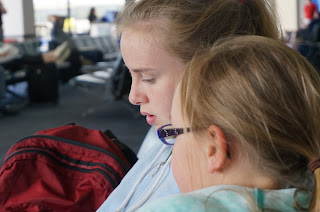 Here's my selfie with Big Ben, who was far more interested in a Lord of the Rings lego game on my phone. 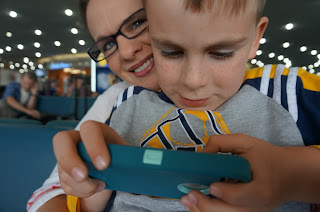 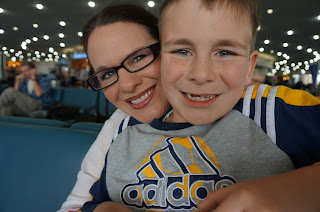 After Ankara-Munich-Newark, our next flight was Nashville!
Posted by Sara Campbell at 1:19 PM