Our next big event was the day Miss Middler turned 13 in January! We are old fashioned, but we make our kids wait until 13 to officially get Facebook, just like the rule says. I once thought I might get into cake decorating, but that didn't "pan" out! So, I begged CC to make me a "like" symbol for Miss Midd's 13th birthday cake in honor of getting Facebook. 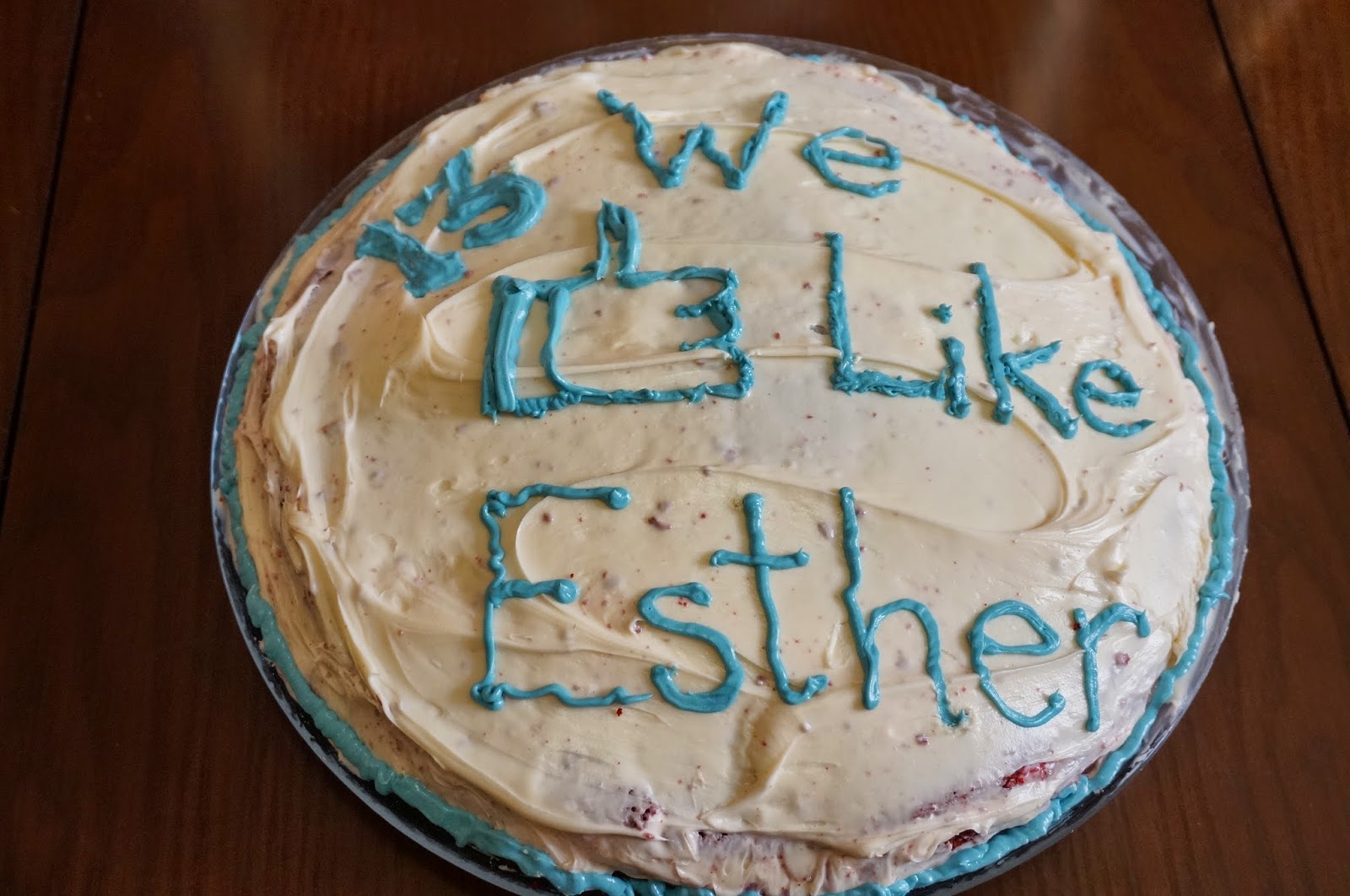 She invited a few friends out for bowling and dinner. 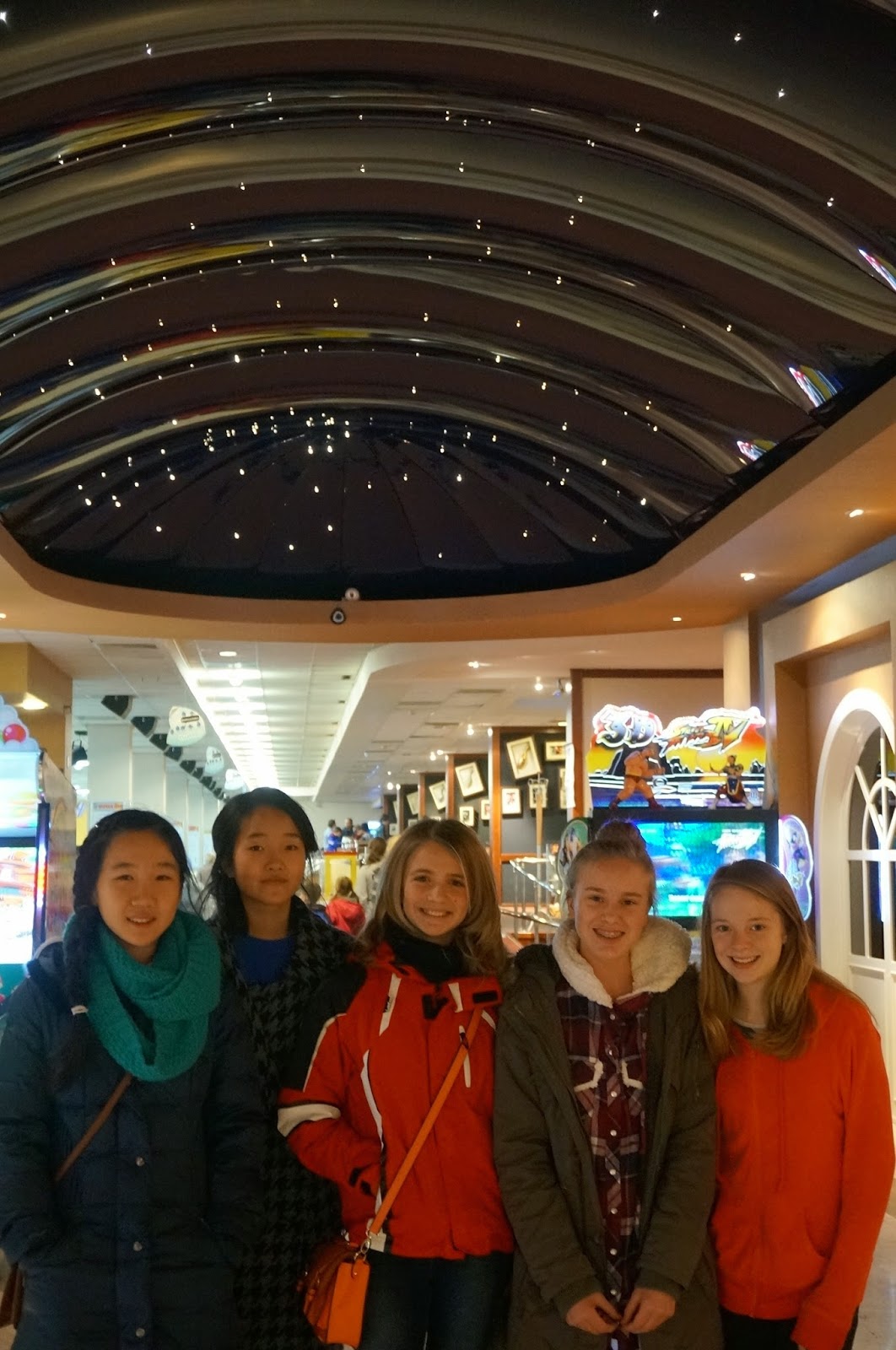 The girls took one lane, we took another. 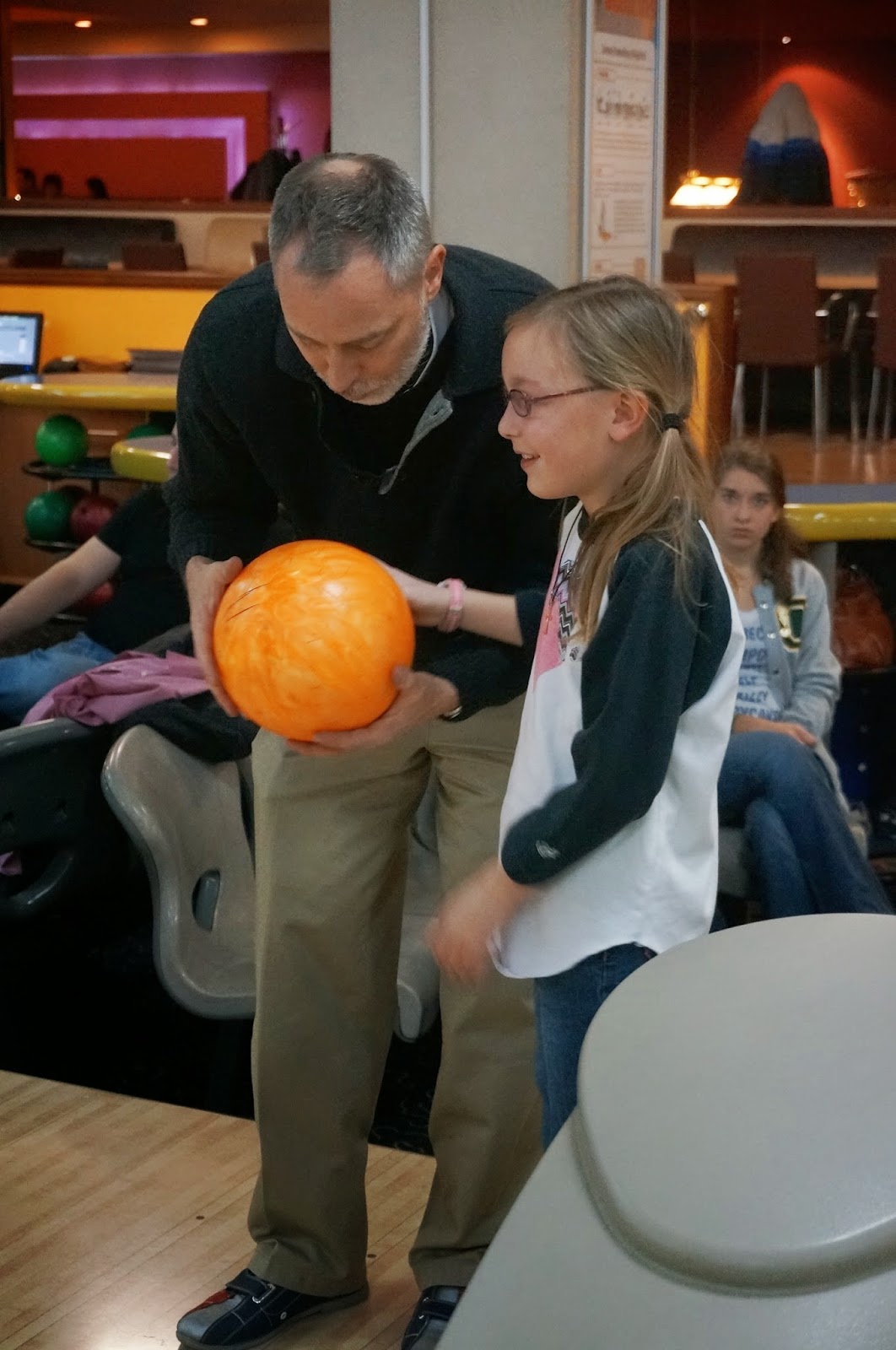 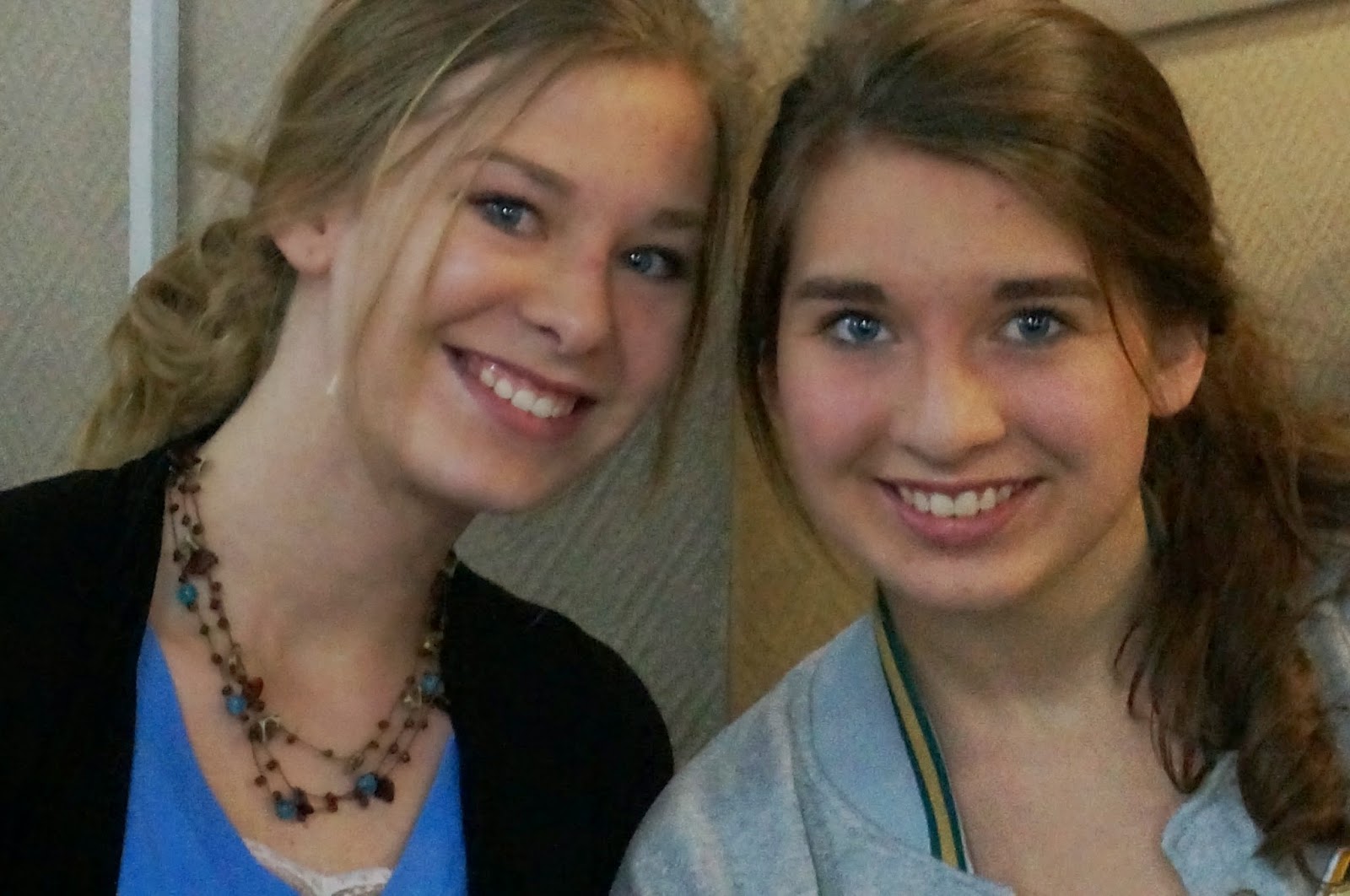 These gals are from Italy, Korea, and America. 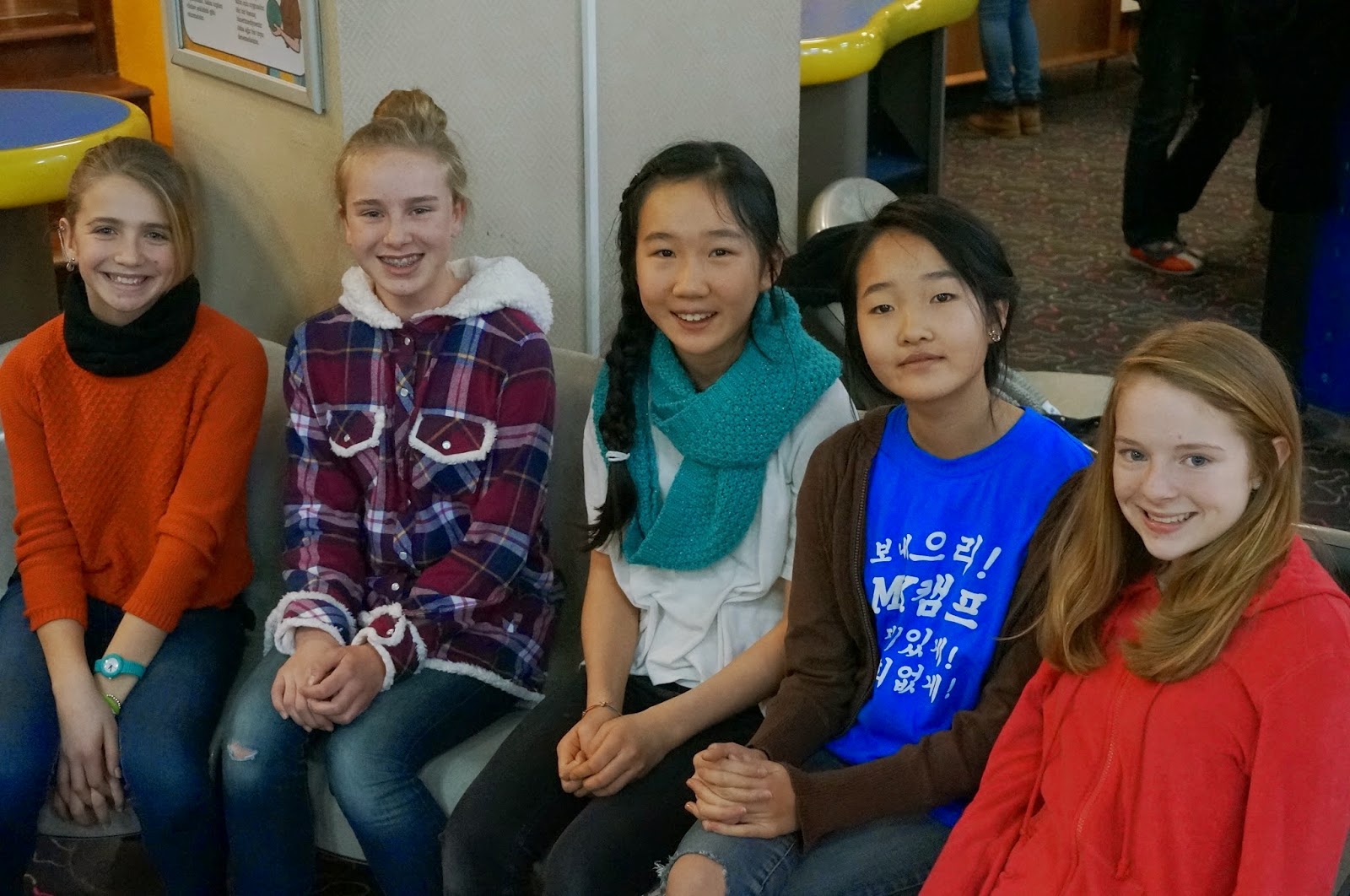 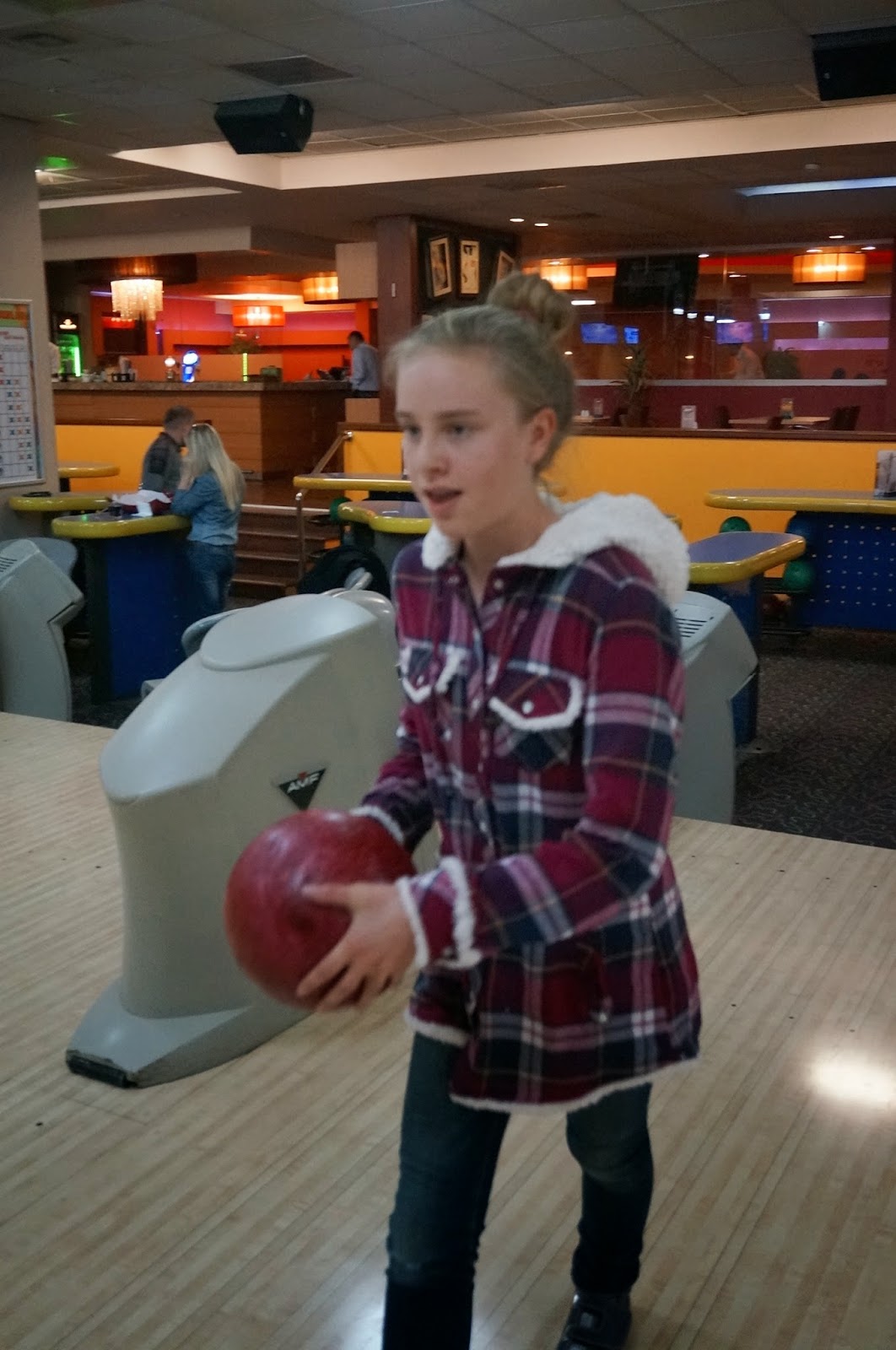 Her actual name, Esther, means "star." So, sometimes we use the Turkish name for "star" in referring to her. (Pronounced You'll Diz) 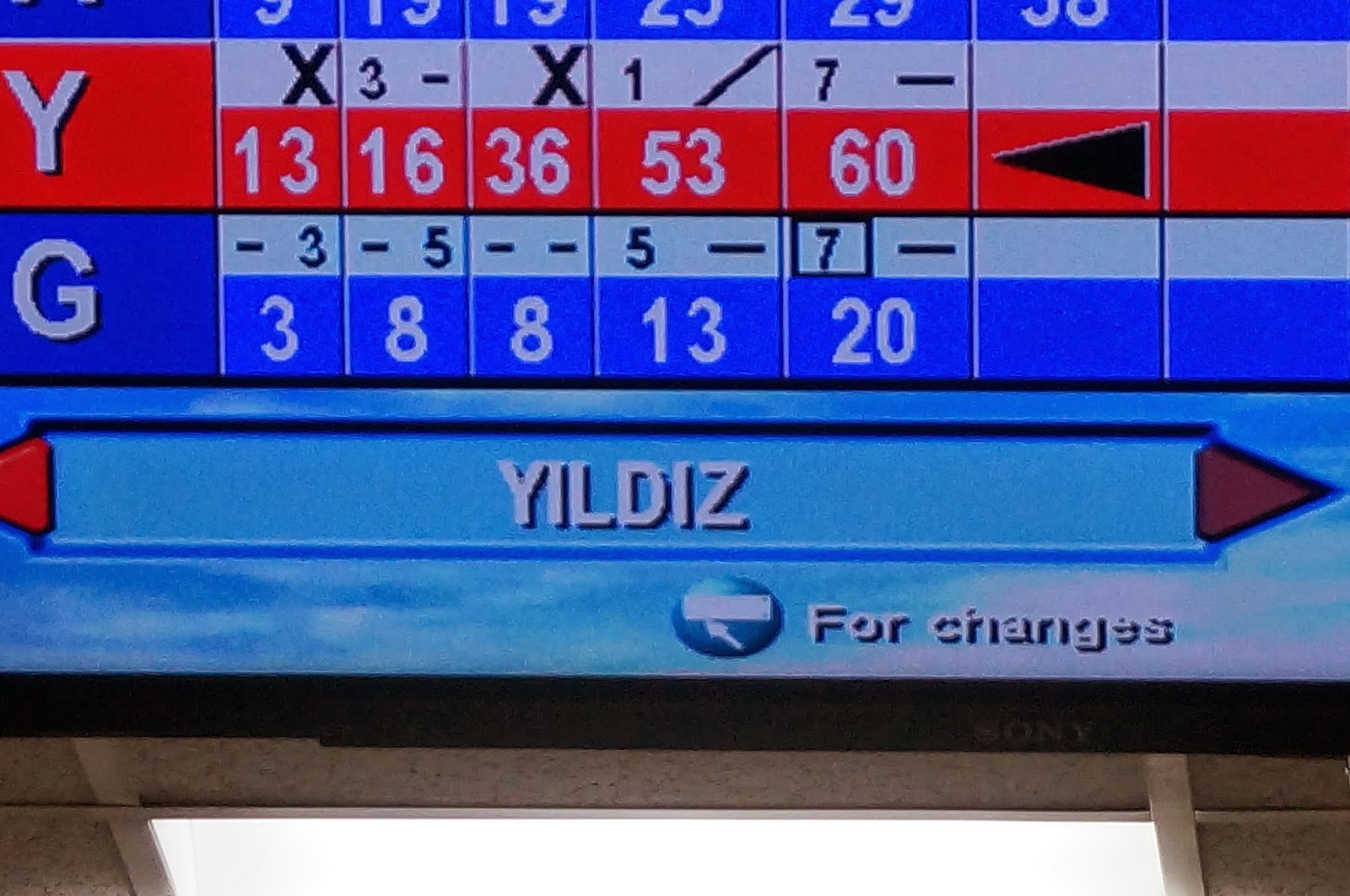 We stopped at Pepper Jam for some cheese pizza.... 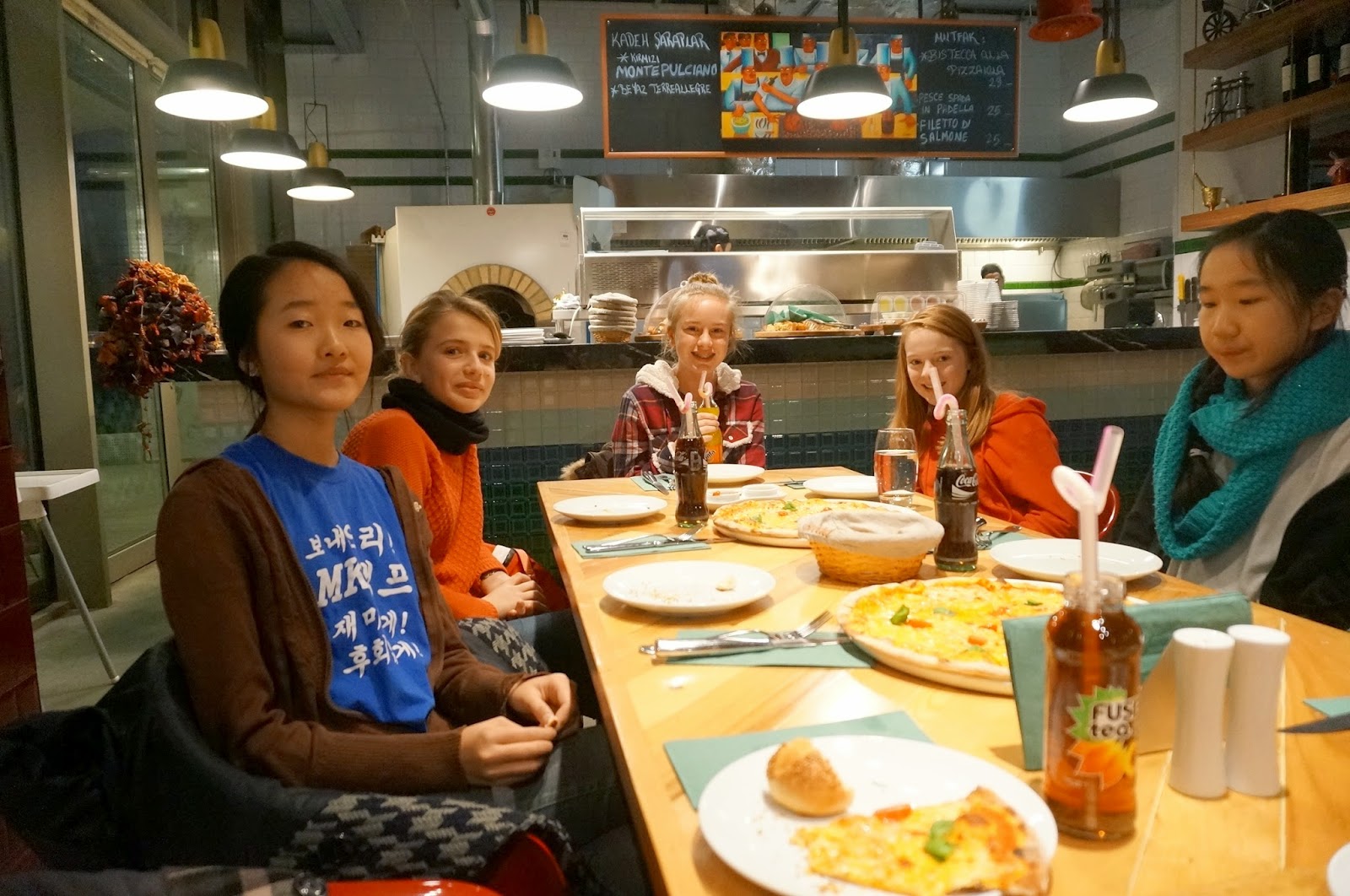 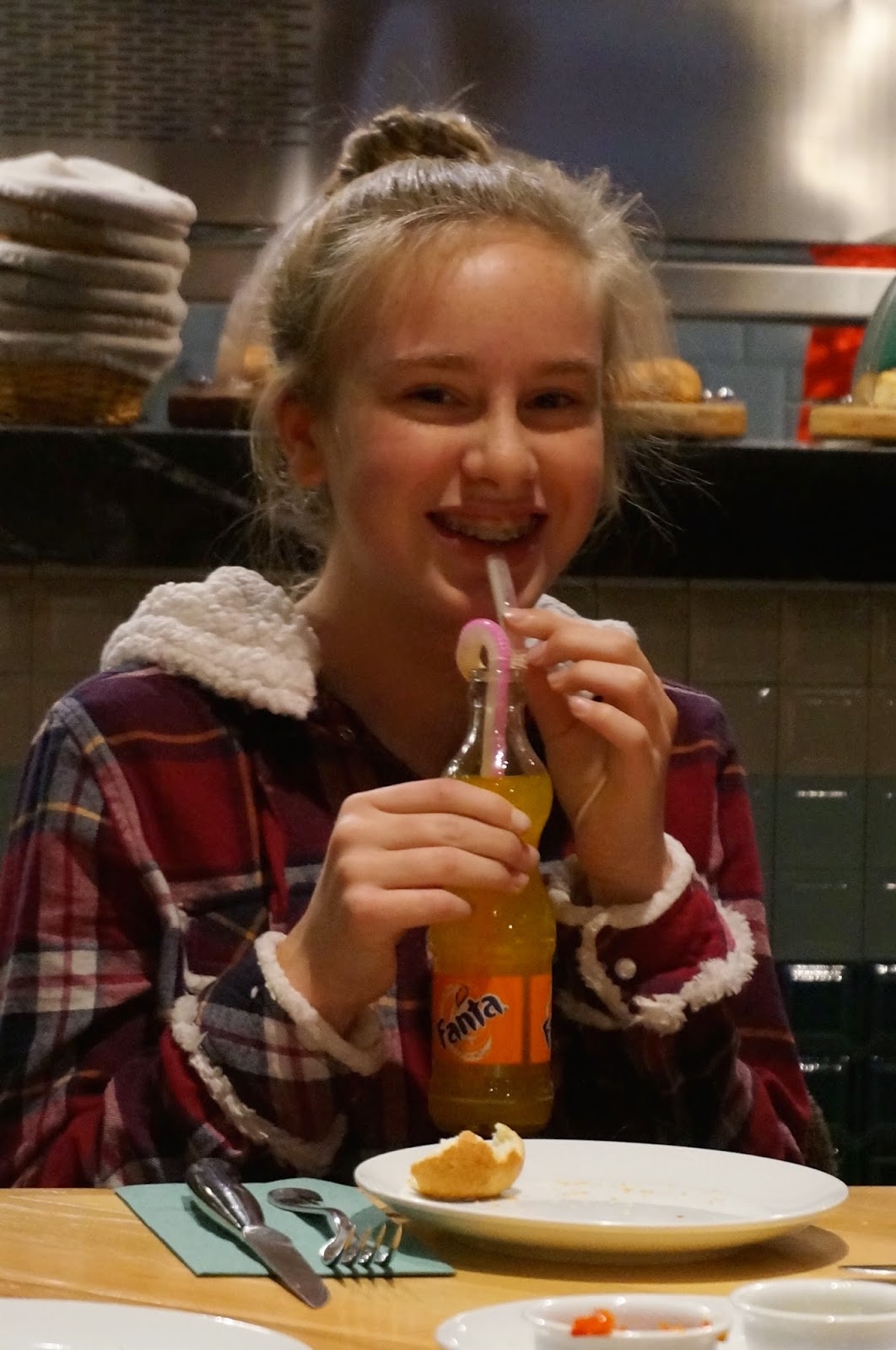 The straws were the biggest attraction of the night for some. 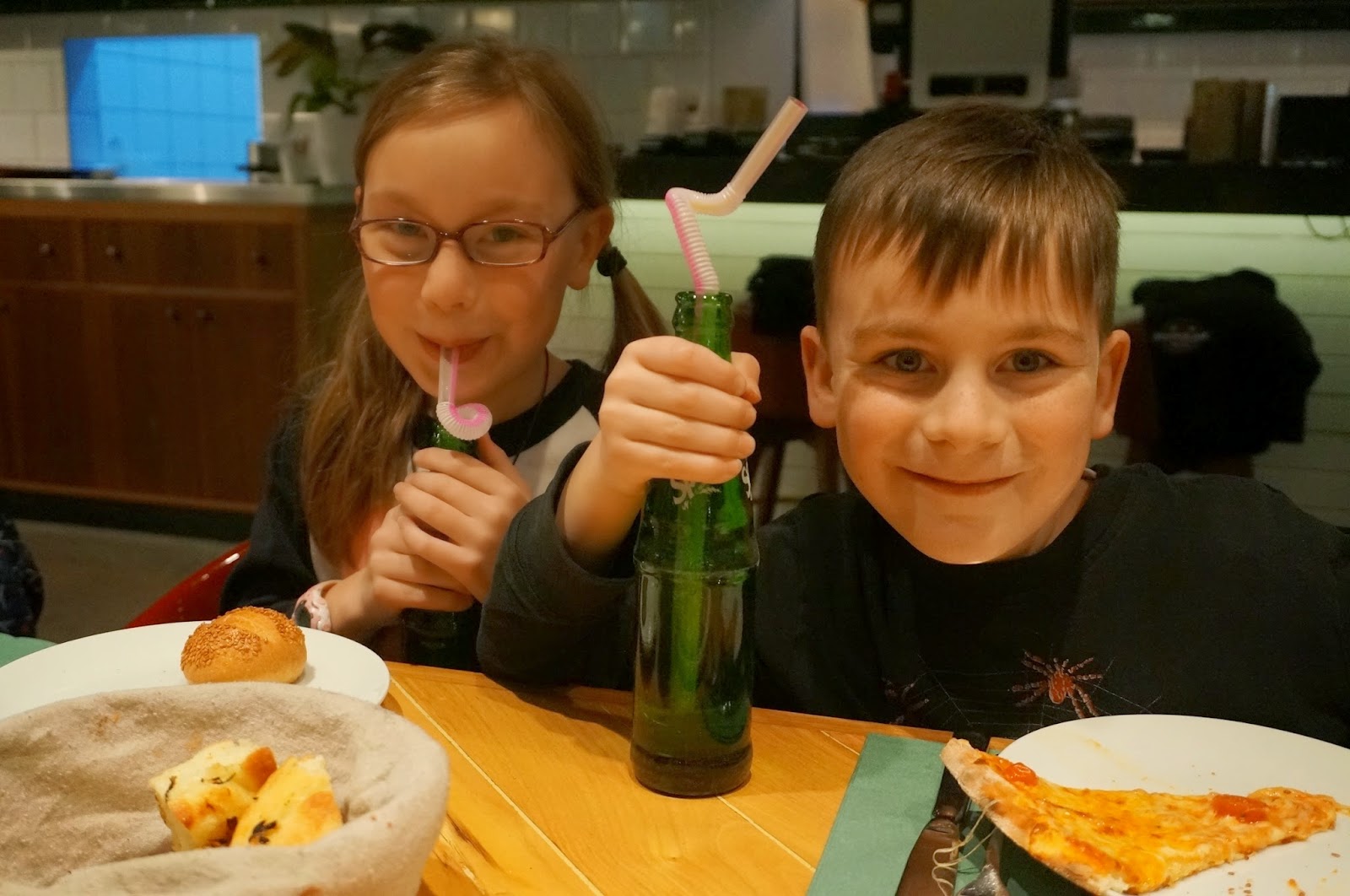 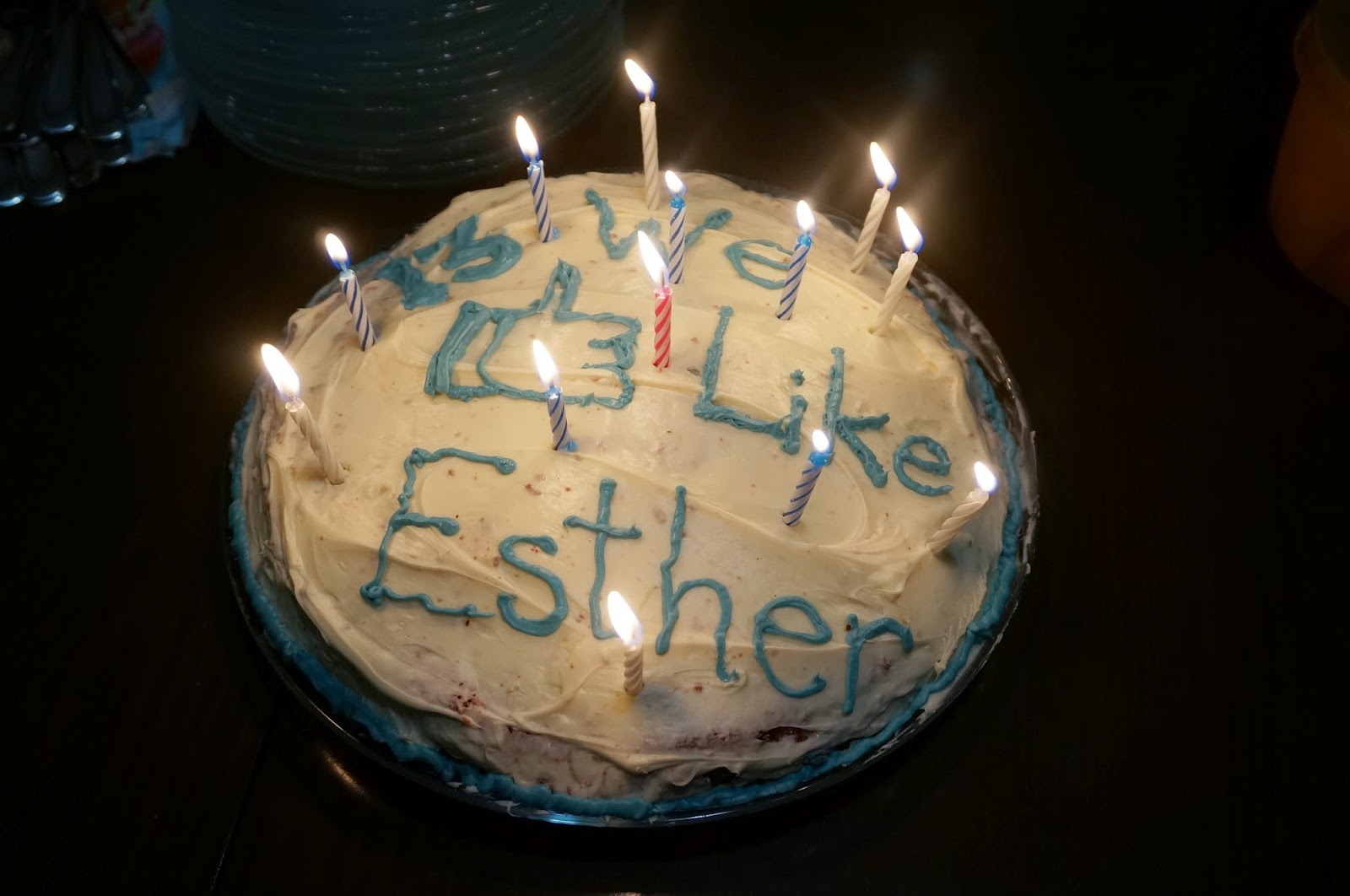 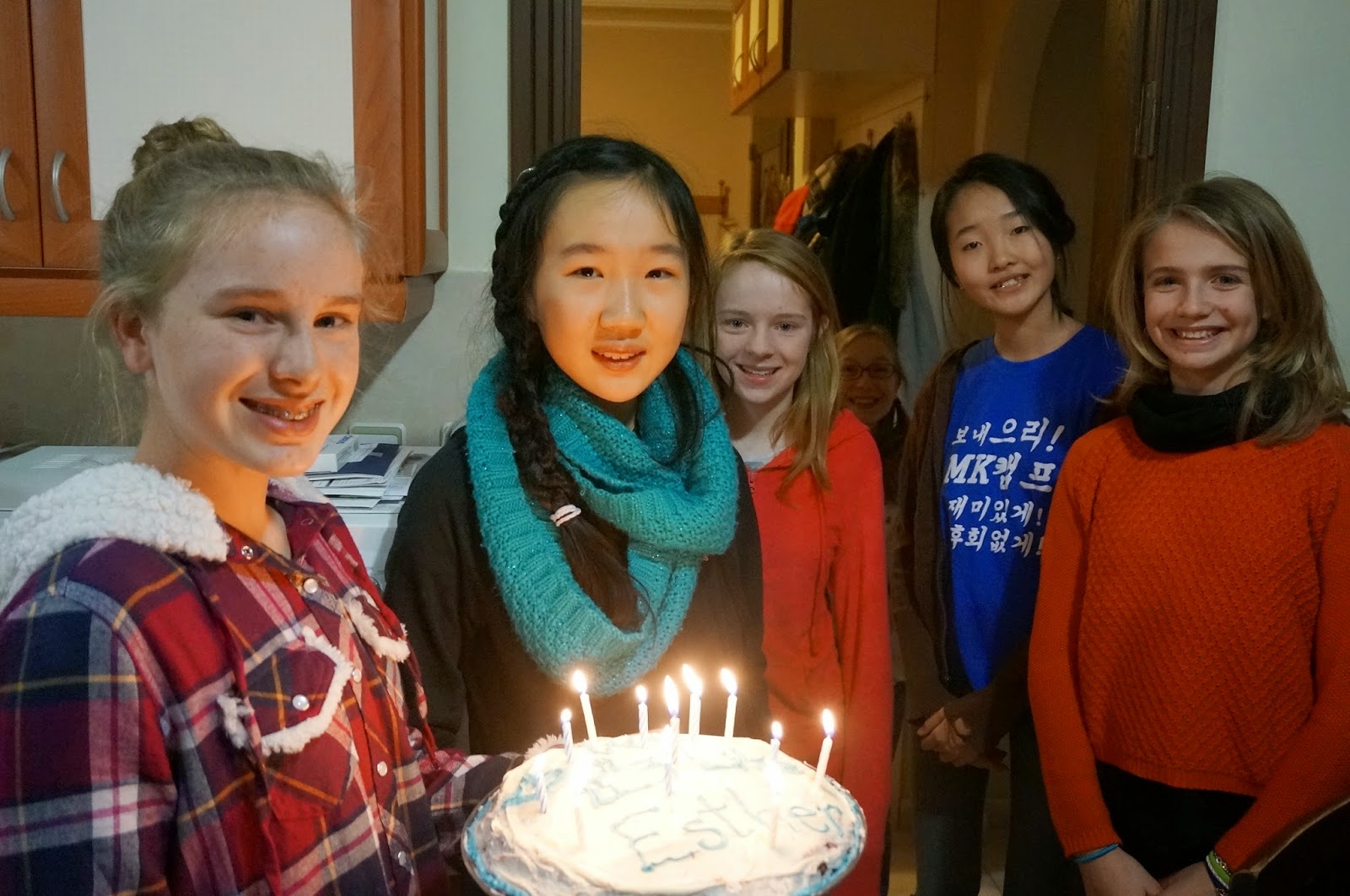 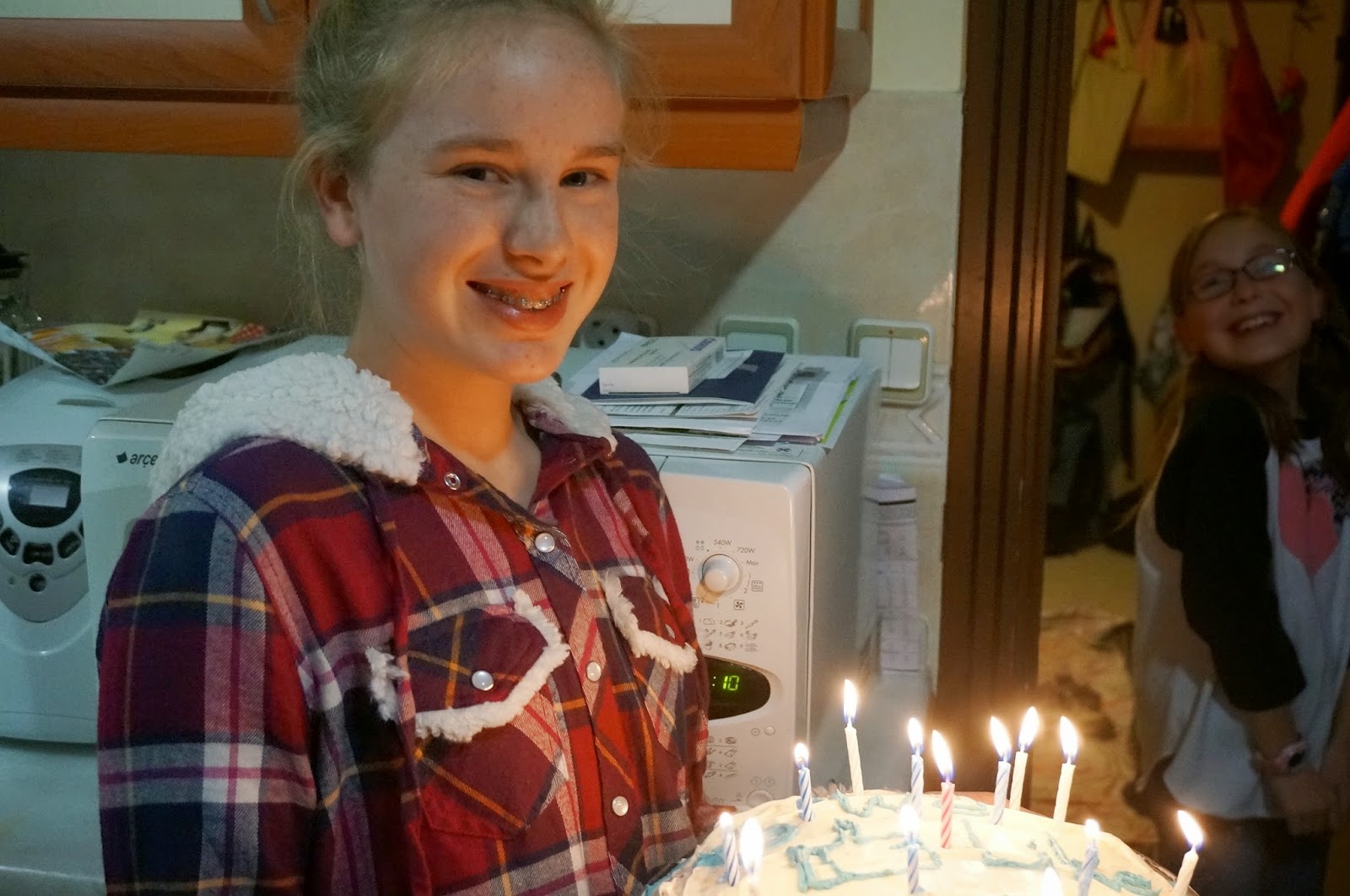 And then she opened gifts under the watchful eye of her local priest. 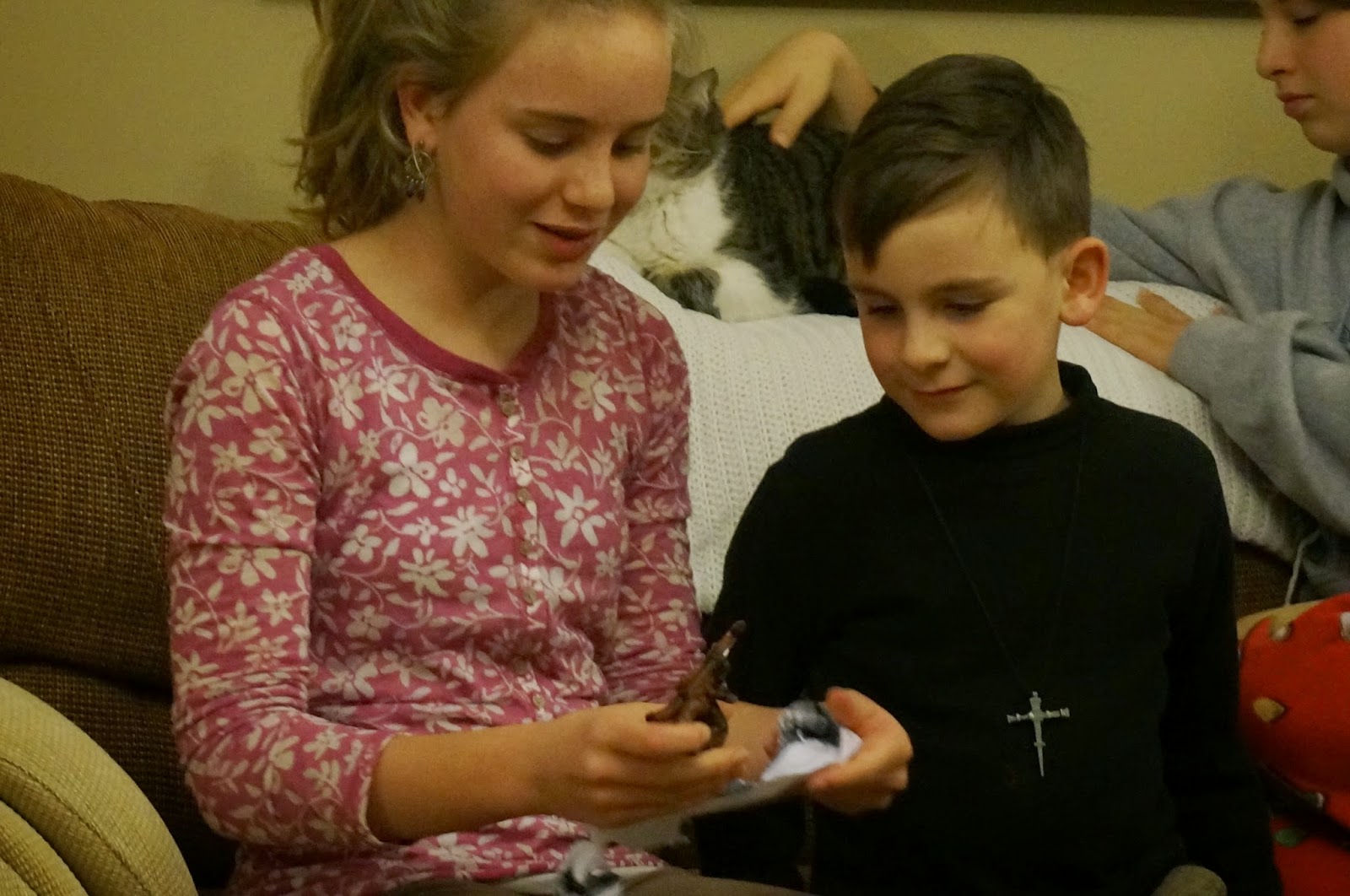 Happy first teen birthday to one of the sweetest girls on the planet. Just tonight I took both Miss Middler and Twinkle to the doctor to find out why they are sick. The doctor wanted to take blood to see if it is viral or bacterial, but said he only needed a sample from one of them since they clearly have the same symptoms. Miss Middler tried to insist that the blood be taken from her rather than her sis. Sweet, sweet, sweet.
Posted by Sara Campbell at 9:22 PM

Wow, aren't they growing up fast? Mine are as well. August 22, Lord willing, we will gain a precious daughter in law. The groom is currently serving in the United States Coast Guard. (I may have mentioned that.). Kathleen begins her third year of practice this year as an attorney and just as in love with it as ever . . . She also has a love interest outside the law. ;). Karoline starts her eighth year of vocal training next week toward her opera career, along with working on a foreign language degree. Our oldest son, is playing baseball at a small college working toward his sports career.

Ahhh. So hard to believe. Next time I turn around Ben will be in high school . . . They just grow up way too fast.

So sweet! I get my first teen next year. So far, we is going too fadt!