I did something this Fall Break I have never done before, and that is see Greece. It's right next door, but with 5 kids to consider when planning trips, we've just stayed in Turkey. However, a couple of my teacher friends asked me to join them for a cruise from Turkey to some nearby Greek Islands. I agreed before I even knew where all we were going! I was, honestly, just so touched that they asked me. I'm sort of in a breed of my own here. I have very dear friends on staff and in our community...but I am older than most of the staff, and I am also their boss' wife. So it just touched me that they asked me; it was a first for me. CC told me I could go, that he would stay with the kids. And here's my disclaimer...it was CHEAP! The cruise was off season, and the port is here in Turkey, so we got discounts. My flight there was less than filling up the car with gas. So, this was my chance. I had never done a girls' trip away here in Turkey (apart from women's conferences), I had never seen Greece, I had never been on a cruise.

The school year kicked off and flew by. I could not believe my Greece cruise was upon me. We flew out on Friday afternoon. The flight was only 1 hour. We landed and were transported to the city center of Kusadasi. I snapped this shot for Miss Middler. She's a Converse fan! I am sure they are all fakes, but that's the fun of shopping in tourist towns! 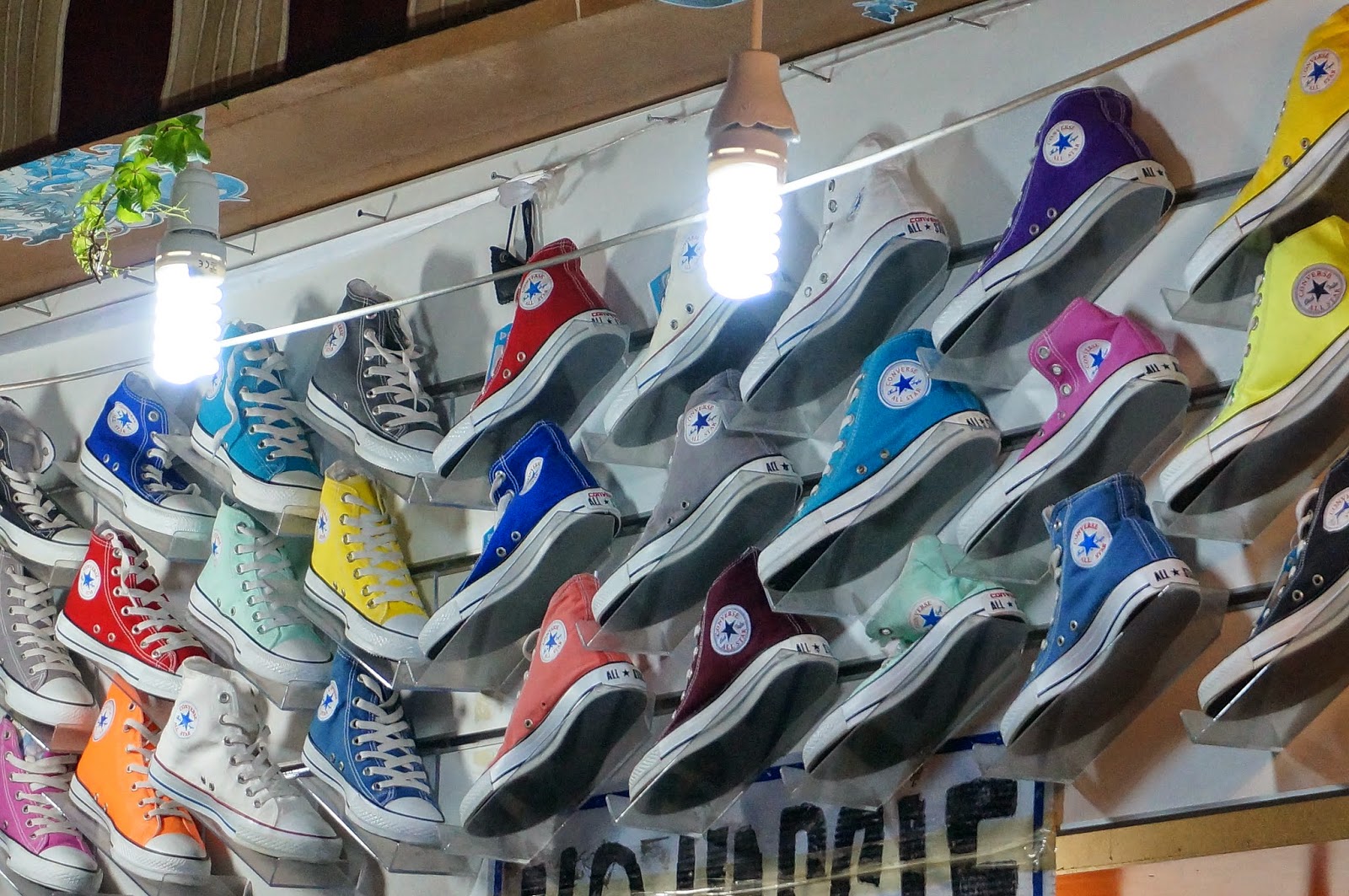 The bus transport driver was set to take us from the airport to a bus station, where we would catch a cab to our hotel. One of my buddies on the trip was on 1 crutch due to a knee fracture still healing. I used that as my 'crutch' (no pun intended) and asked the driver if he could just get us straight to our hotel. I've been in Turkey too long not to ask favors. He said he'd drop us right by it, then we should just walk straight, and turn left. It would be right there.

We did that and wound up in front of a shop called The S_x Shop. (I am editing so I don't get weird prowlers on here.) But you just have to see the whole picture. I didn't even know there was such a shop. We walked right on past that shop, sticking our 20-something coworker in between us. We asked another guy. Then another guy. Here we were, pulling and carrying our luggage, L hobbling with one crutch, having no clue where we were supposed to go. But we sure found out where The S_x Shop was. So the next guy told us to go back where we had gone and turn right. We did that. And we wound up here. (picture below) There were at least 16 tattoo parlors. There were also advertisements for body art (?!) and permanent make up. L told me not to tell CC where we wound up. I replied that I was sure to tell him after all the messages I get while he travels, like "Got off the plane in the wrong city. Please pray." So, anyway, we rolled/hobbled/walked down the tattoo parlor street. Honestly, I was not the scared. One guy did call out, "Hey girls!" but I was too happy to be called a 'girl' to be offended. And I thought as we walked down, if anyone got fresh, I would just speak Turkish, tell them I was a school teacher, and perhaps shame them a bit about what would their  mother think. They'd be calling me "big sister" and serving me Turkish tea within minutes. Finally we got to the end of that street and came to a taxi stand. The man at the taxi stand told us to walk downhill. We did that. Then the man at the sunglasses shop downhill told us to walk back uphill. Part way up the hill, we stopped at a soup shop. The man invited us for soup. We told him we wanted to find our hotel, but we would return for some dinner. He pointed further uphill. Finally, someone actually knew where it was and was not just answering us incorrectly to be polite. (It would not be hospitable to say, "I don't know.") Finally, we found our little hotel! 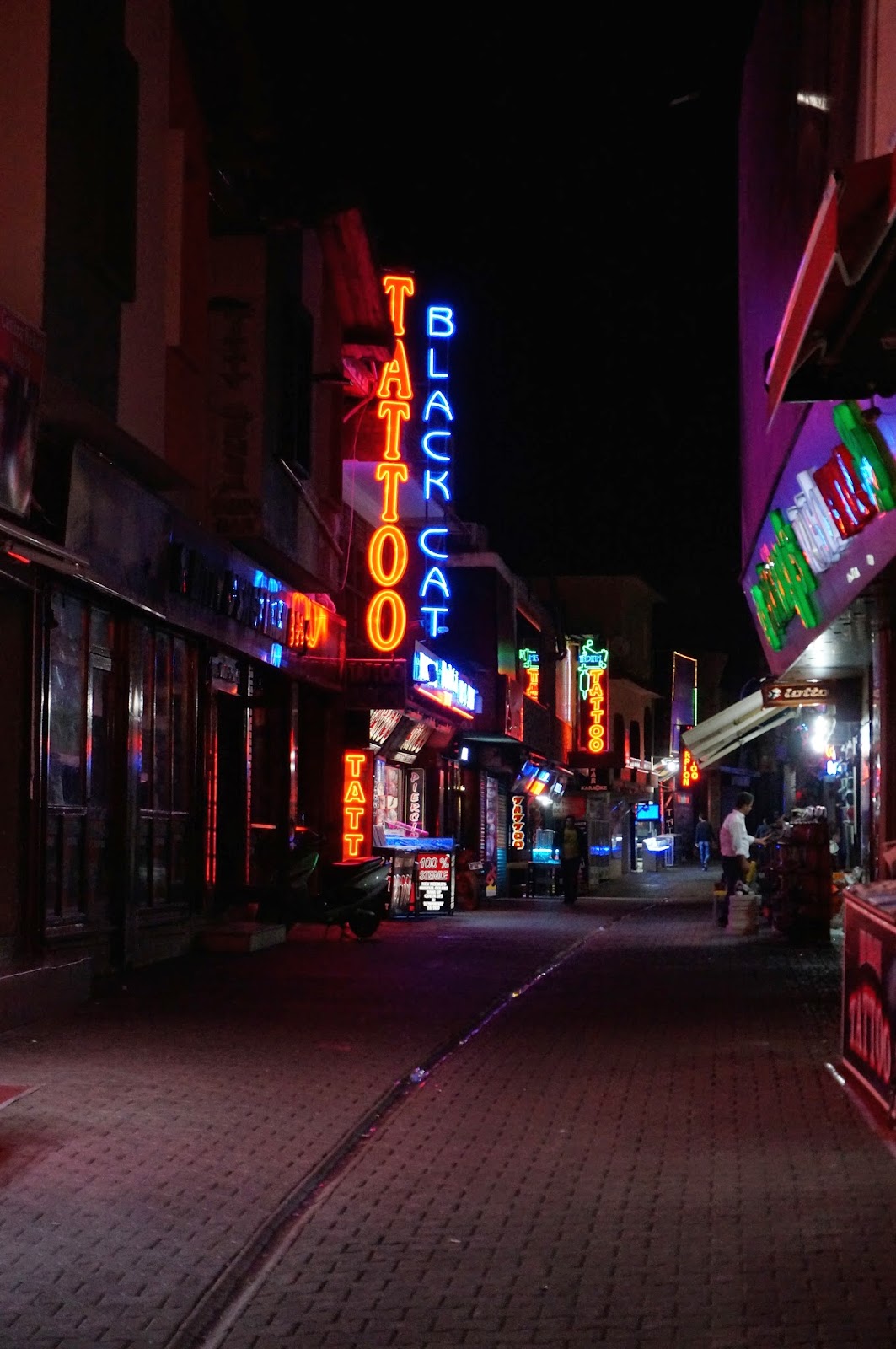 The hotel was clean, small, and nice. I paid about US$20 to stay there, so I was just happy I had clean sheets and a toilet! We dropped L off, who needed to get off her knee, and walked back down to the soup shop. He offered us a doner (wrap with shaved chicken and fresh veggies). After all that walking, it was delicious! He brought us this appetizer. Hot peppers and pickled hot peppers! 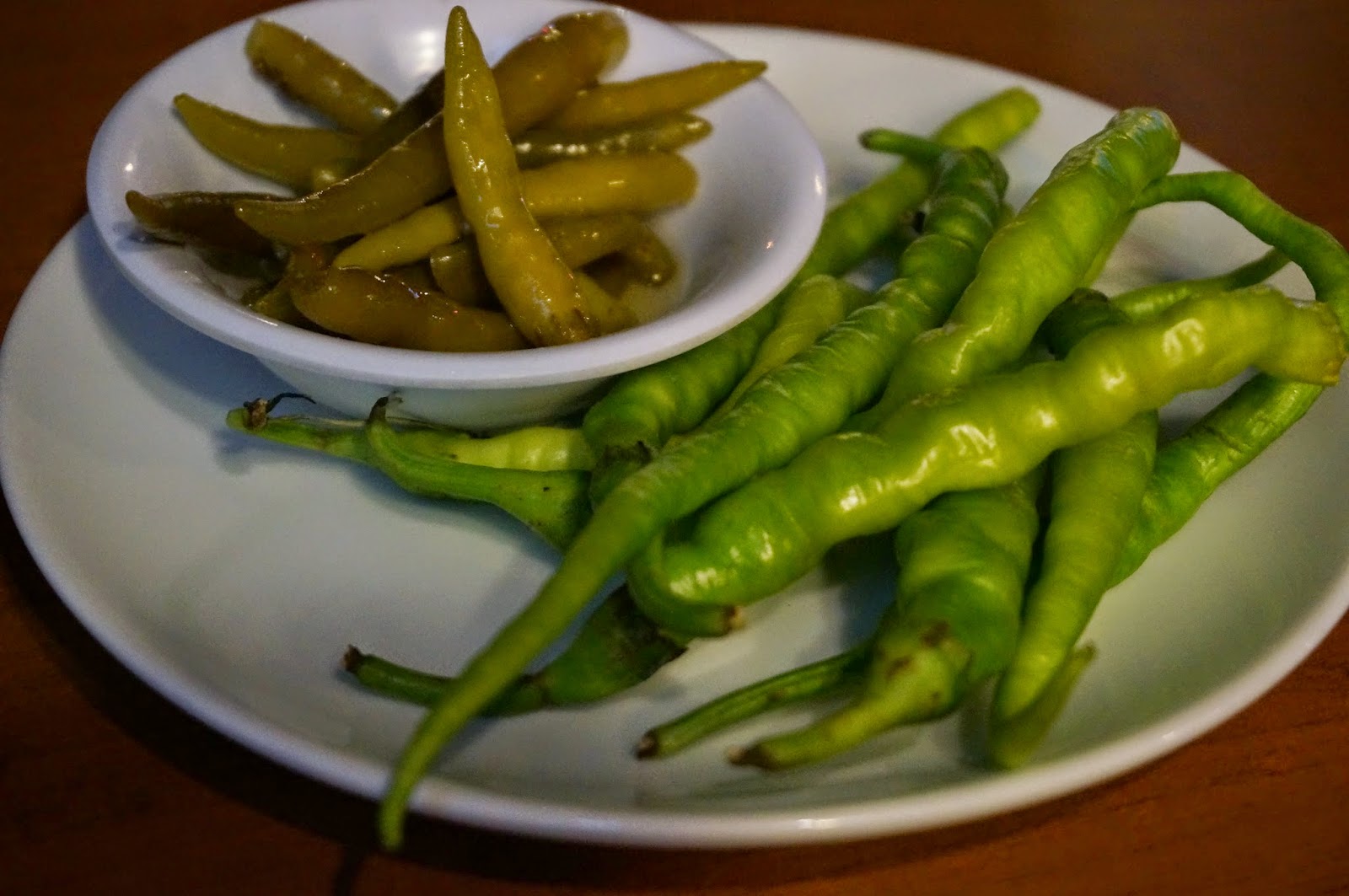 We slept well, and I rose just in time to see the sunrise over the city of Kusadasi. 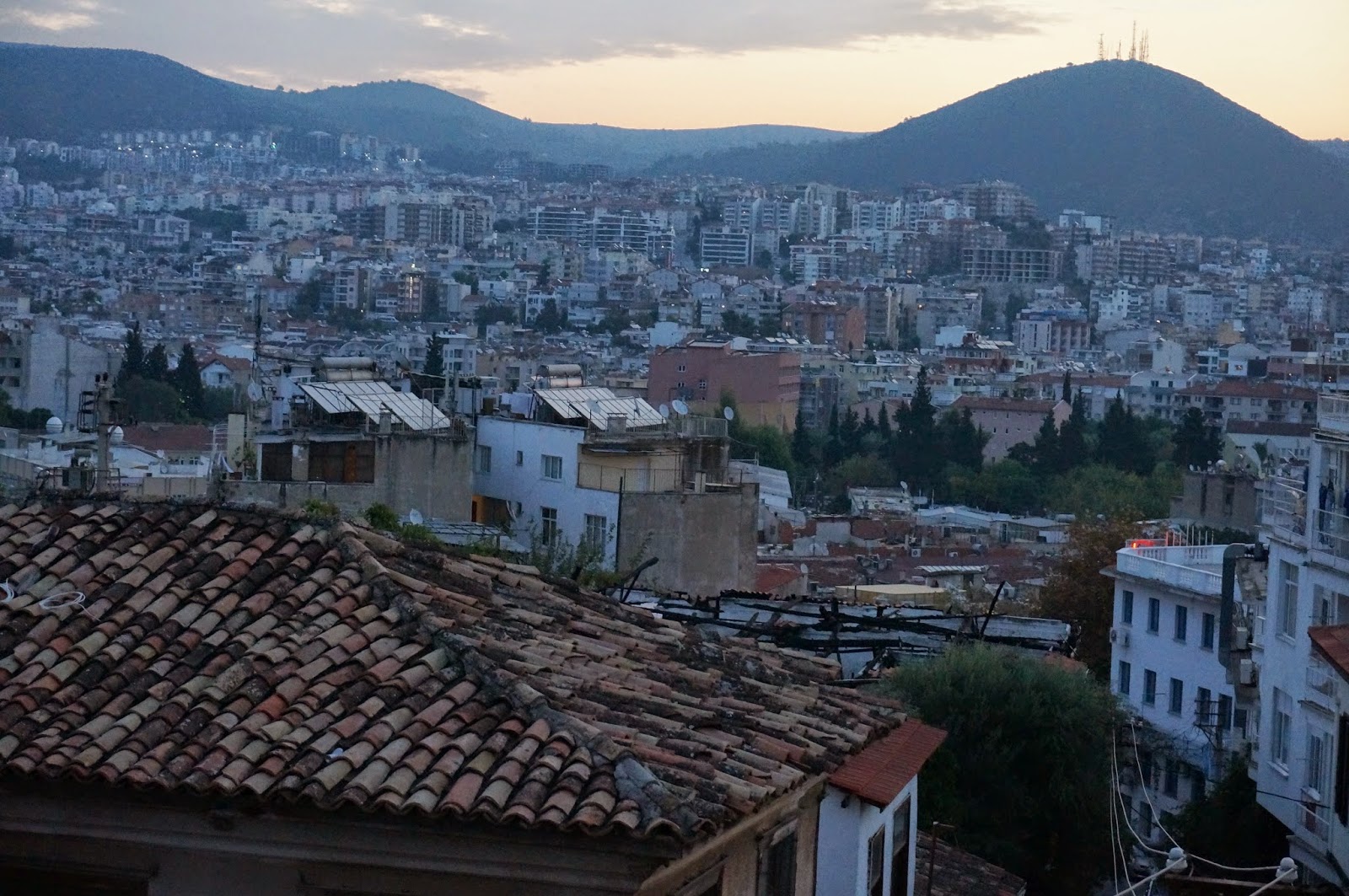 This was outside our little hotel room. A tree was growing out of the roof of an old building. 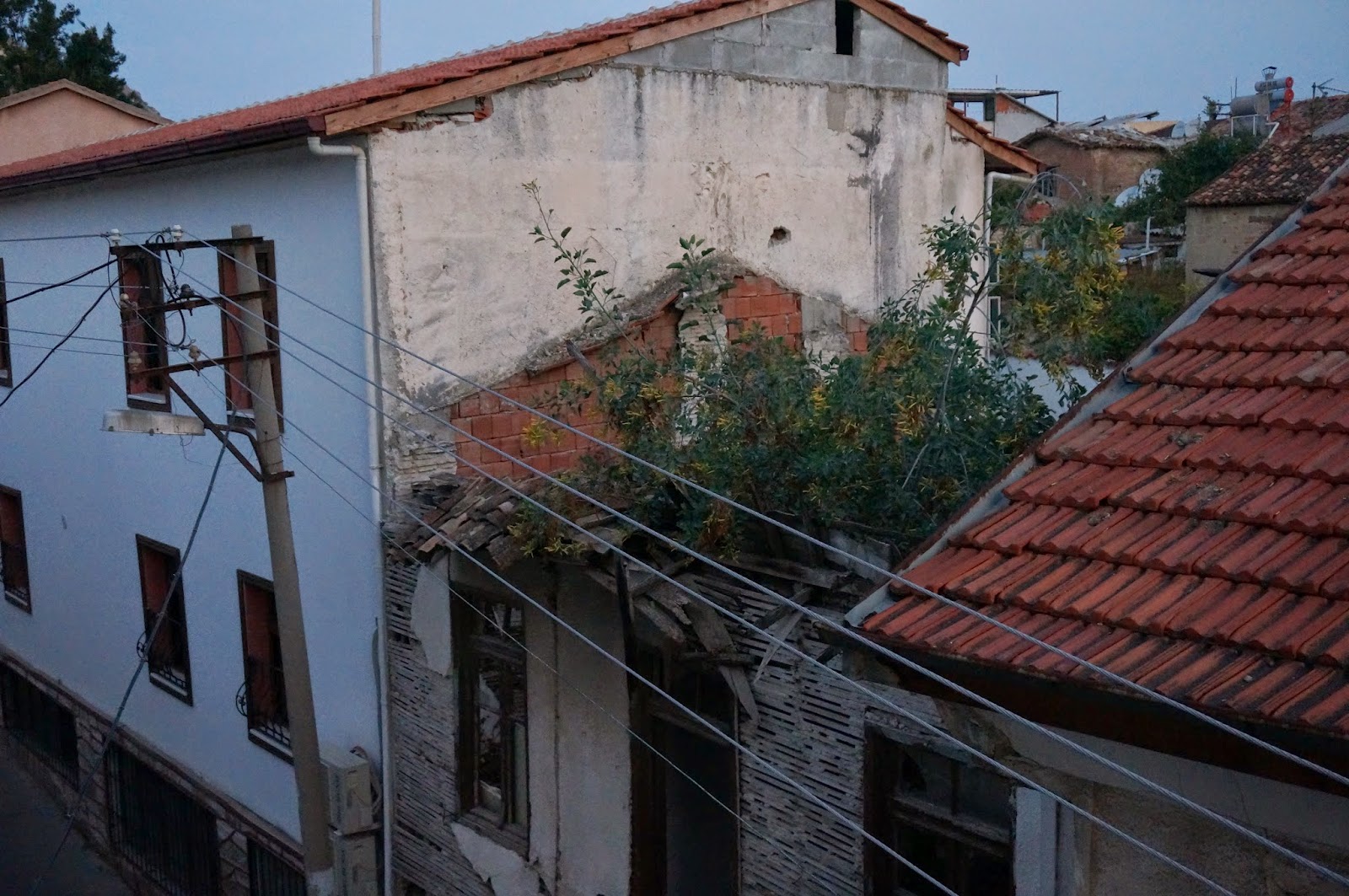 These shutters drew my camera in. 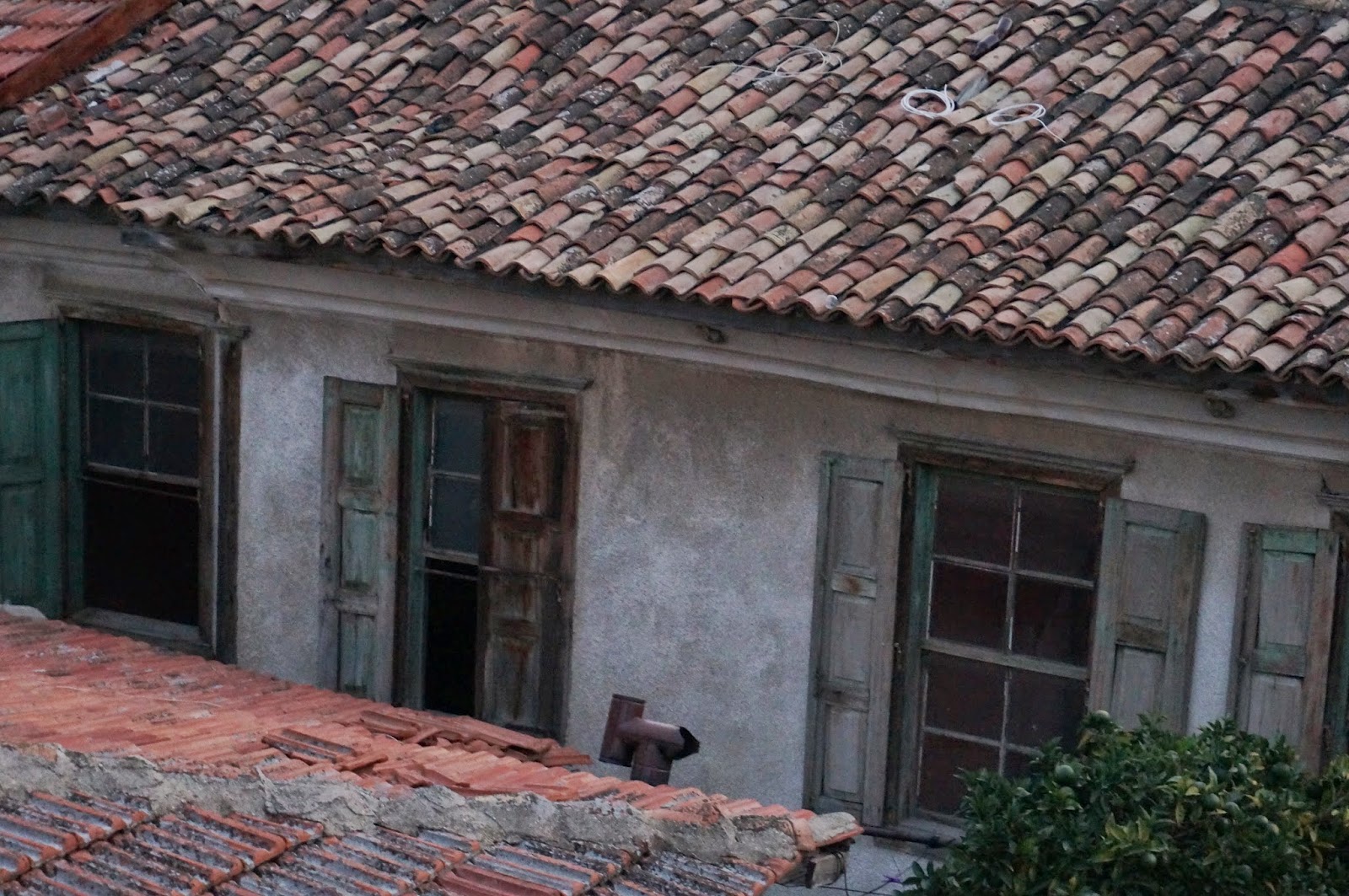 Inside the hotel, I found a framed print of the Irish blessing, of which I took a picture for my daughter whose name means Ireland. 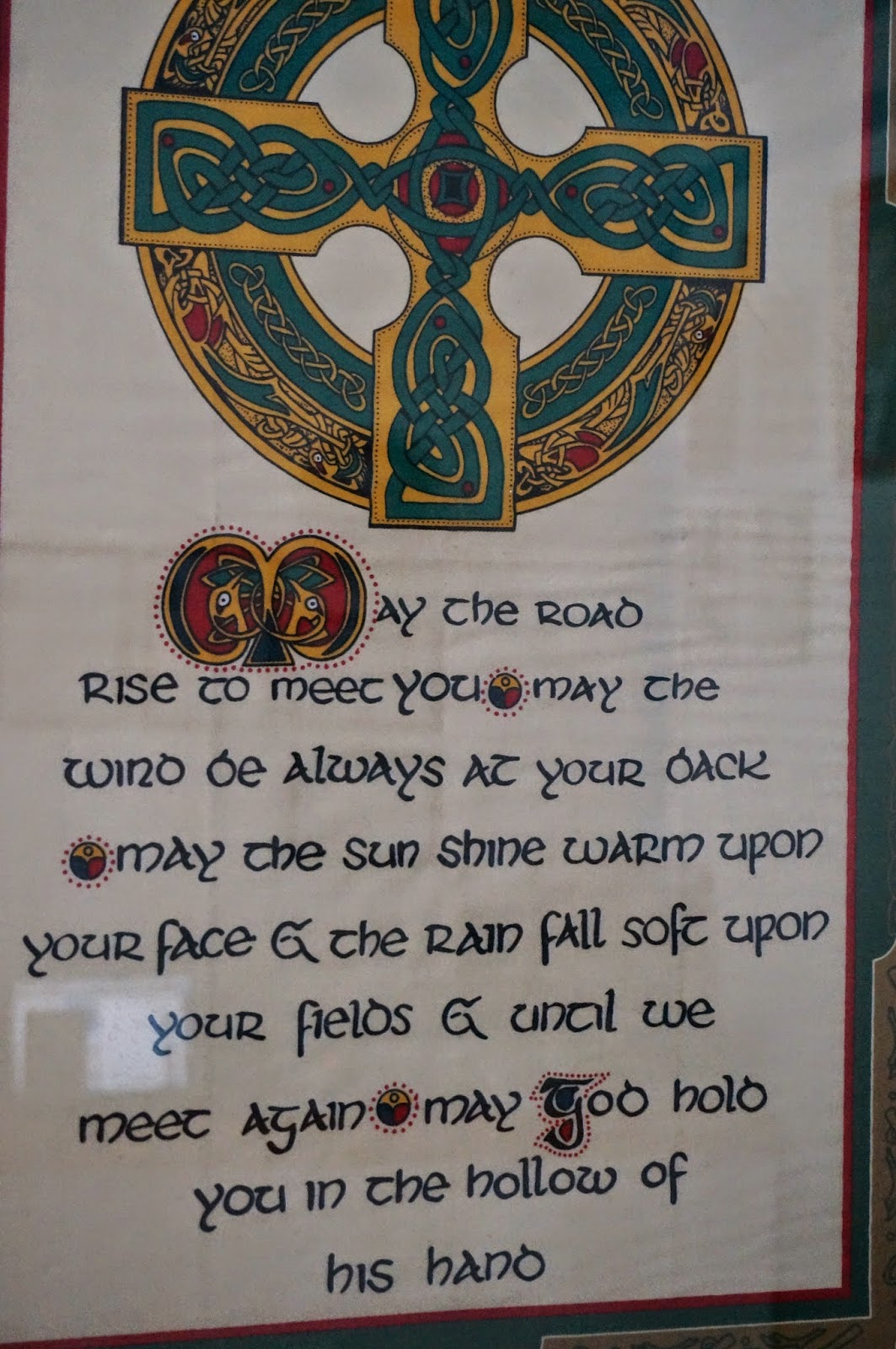 Included in that US$20 was this delicious Turkish breakfast, which I promise you I will eat the rest of my life whether I live in Turkey or not! 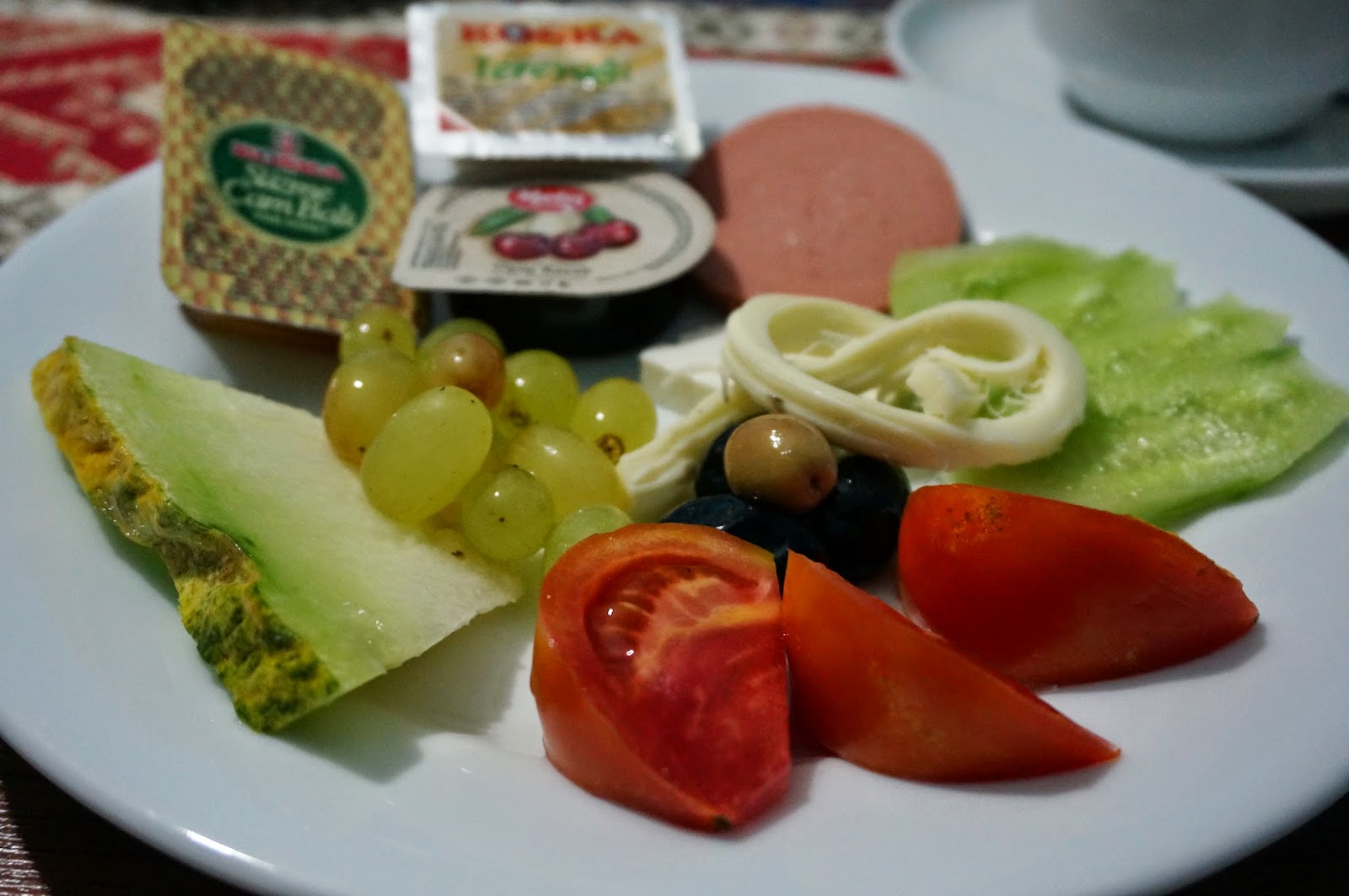 So tomorrow I'll tell you about boarding the ship and the surprise that awaited us at the dock!
Posted by Sara Campbell at 7:28 AM

Okay. Reading your blog over the years (can hardly believe it's been that long), I have been envious of very little even though you have made Turkey come alive in your stories, and I have loved each tale . . .

One place in this world I would love to visit and never come home. I love the food, the culture and the beautiful people . . .

Same thing in Ukraine!! They'll tell you anything rather than admit they don't know!!

You are one blessed 'girl'! (Usually I hesitate to use that terminology, but now I learn you are happy to hear that). Anyhow, please don't keep us in suspense too long. I await to hear the rest of your adventure!

I suppose I will know for sure when you post about boarding the ship, but I *think* I may have just taken this same cruise. I live about 2 hours from Kusadasi and when my mom came to visit her and I were able to sneak away and take a much needed girls trip to Greece!! If it was the same cruise, it was amazing!!! I've been reading your blog for awhile, I actually think I found it right before my family moved here about two years ago. :) So glad you were able to go on this little get a way. I absolutely fell in love with Greece!!