We host an Expo at school each year, technically a Science Fair, but we also have Psychology projects and others, so we call it an Expo. This was Sweet Cheeks' first year to participate. The third graders make a science model rather than using the scientific process. Sweet Cheeks immediately knew what she wanted to make...a hot air balloon. Her awesome dad helped her channel that into making a paper lantern that would actually work like a hot air balloon! They ("they" because I know full well this is a parent-child-together project and that is what I am hoping for) worked hard to build a wire and tissue paper lantern, create a fuel cell out of old candle wax and paper towels, and put the whole thing together. They made 2, one to light and one to show at the Expo.

We all went up to the terrace for the big event. I was in charge of video. Papa lit it. Soon the lantern began to fill. Big Ben was mesmerized. Twinkle Toes was giggling and very conscious that she would appear on the video at the Expo in front of her junior high friends, CC was wondering how "lit" it was actually going to become. It was fun. 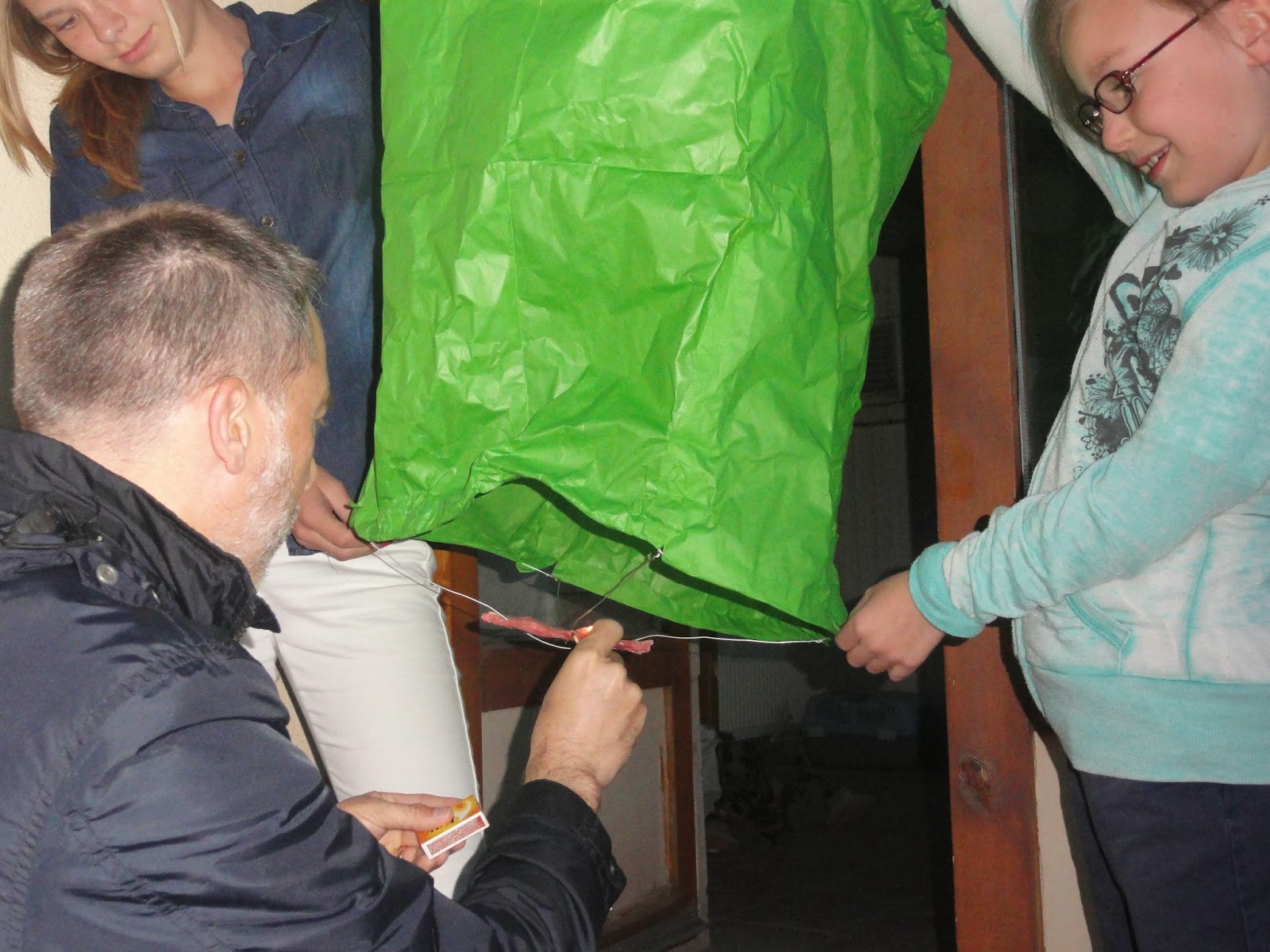 And then it filled, they let go, and it took off. It was awesome. Then the unthinkable happened. It burst into flames. It was a massive, burning torch flying through the sky, right over a clump of trees and bushes in a lot near us. The way CC took off through the house and down the stairs of our building reminded me of one of those new electric trains Turkey has. He was worried we might torch the neighborhood. It's sort of fun to have the freedom to pretty much do anything you want without a permit here, but it can have its challenges. All was ok, no forest fires. And the really, really funny thing is that the next day, my darling Italian student Maria said, "Mrs. Campbell. I see something very strange in the sky last night." "Oh," I replied, "Was it a rainbow?" "No, it was a fire." I then told her it was Sweet Cheeks' science fair project, and we laughed until we cried. 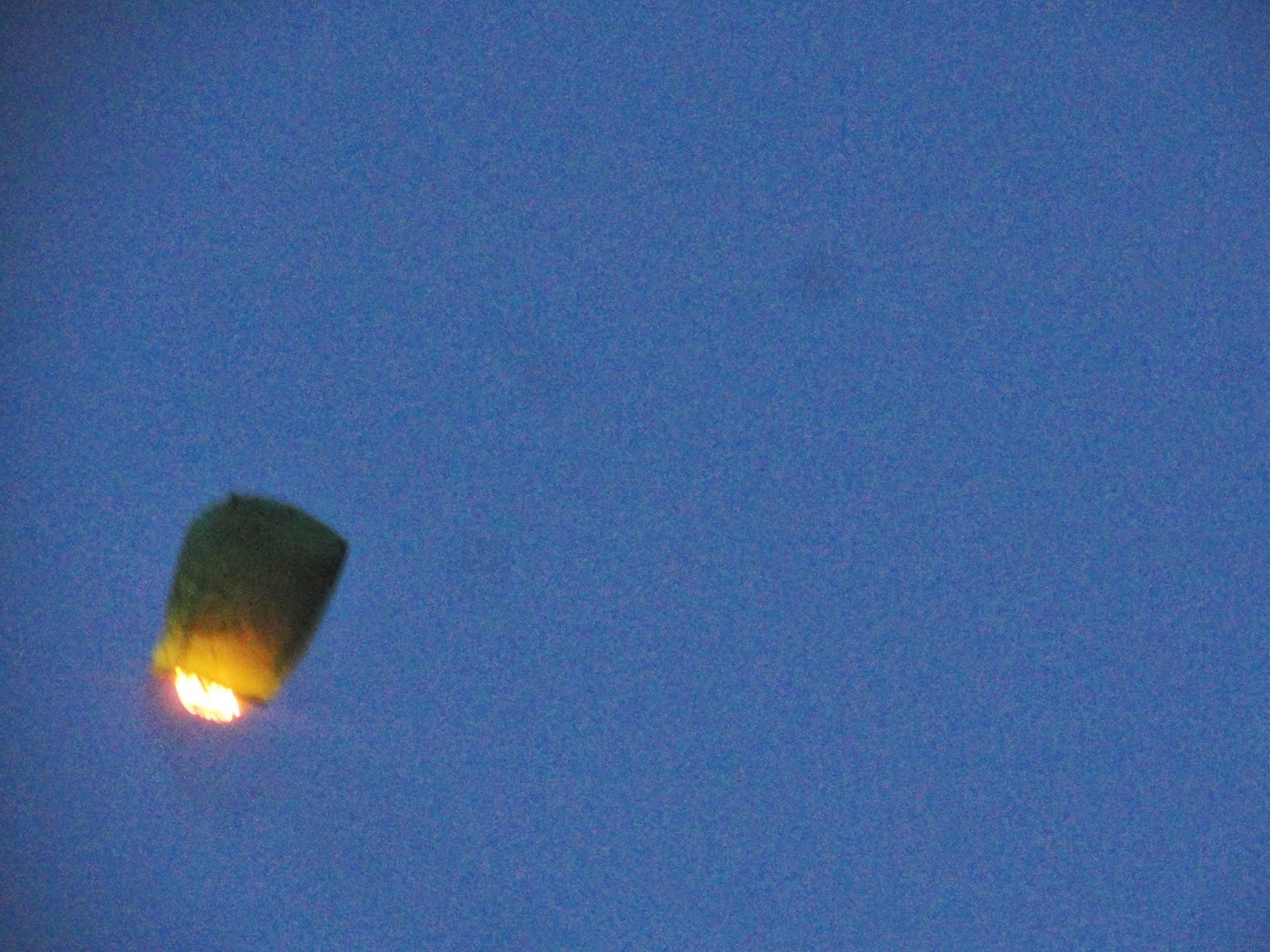 Way to go on your first project, Sweet Cheeks! 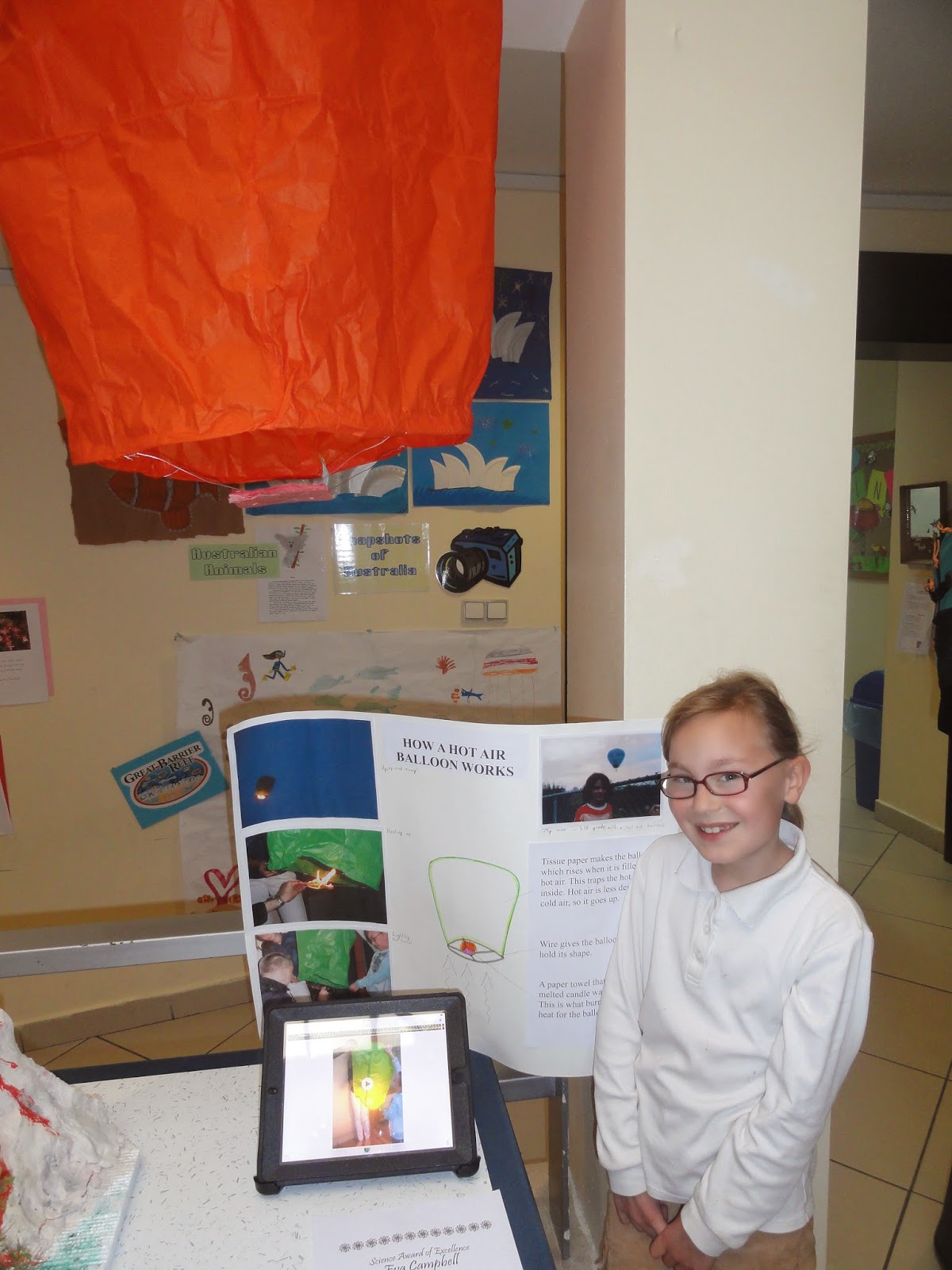 And though this girl did not place, she worked so hard on determining how mental visualization affects basketball shooting performance. She determined we should think about making it if we want to make more baskets. I did not even see this board or project before it was completed. I think it looks amazing! 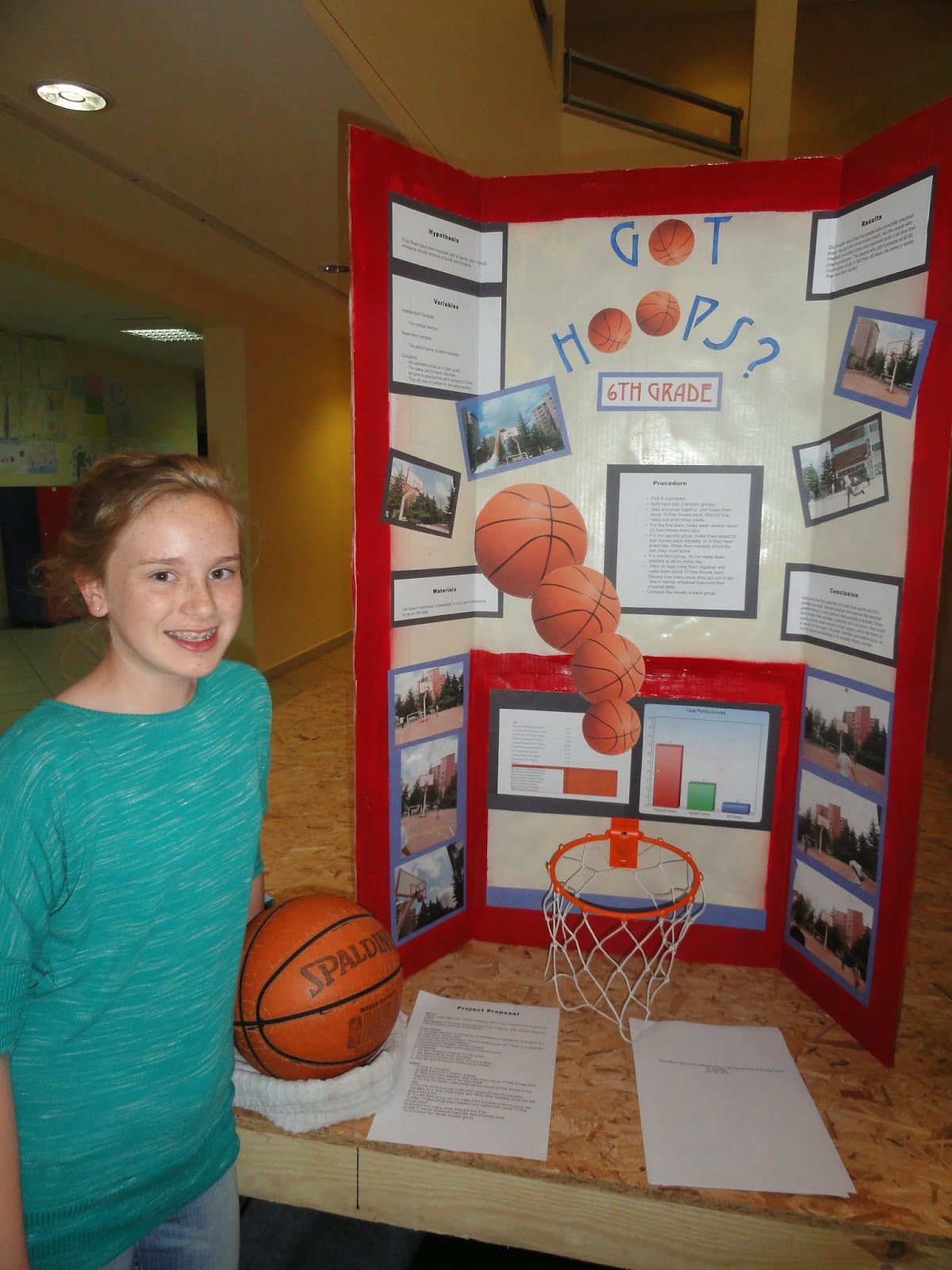 Posted by Sara Campbell at 9:46 AM

What amazed me over the years was the degree of parental help that was requested and/or wanted. Everything from, do-it-all-Mom to help-but-let-me to go-away-I-want-to-do-it-myself. :)

Those projects are fun but secretly, Ross' Halloween costume designs are still my favorite! :)

That is so great! Is the video online where we can see it?