We planned to celebrate Sweet Cheeks' birthday 2 days late this year, as we planned a Putt Putt party for the Memphis cousins later in the week. Still, we had to at least say, "Happy Birthday!" on her real day! Even better than that, several special people recognized her big day. A little friend whose mom was meeting me for breakfast brought her a little surprise gift. Her Aunt K had strung balloons, and her Mimi had bought her a birthday balloon. 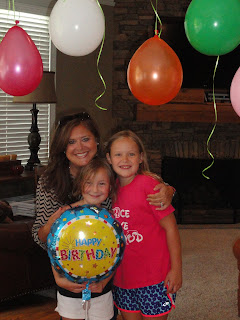 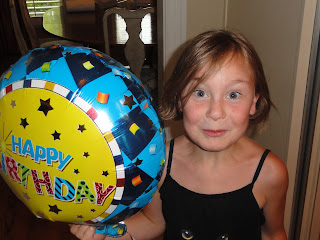 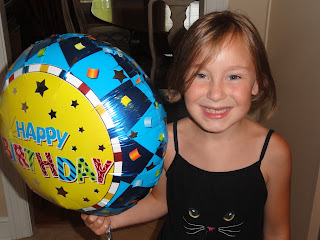 Sweet Memphis cousins spent the day with her and had some birthday cupcakes together! 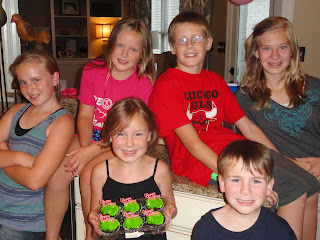 When we got home that night, she found another gift from our host family. 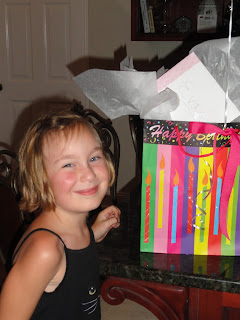 She only mentioned that it was her birthday about 23 times. 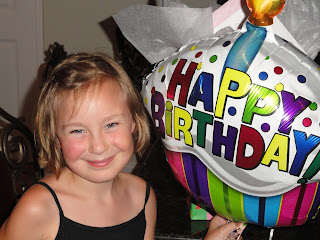 And the very next day was CC's parents' 47th wedding anniversary. We had many reasons to celebrate! 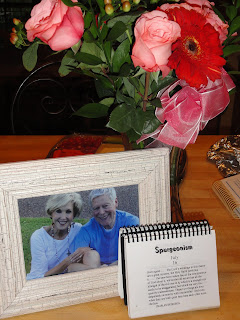 Posted by Sara Campbell at 2:05 AM

Happy Birthday beautiful Eva! What a beauty she is. I remember she shares the same birth date as my mother . . . I get such a kick out of all your kids and their birthdays, each one something in common with others! They are special young people.

Sara, I had thoughts of bringing everyone to see you, at church or somewhere convenient, but you will have to forgive me. I have been under the weather this summer, in the hospital with a blood transfusion, and still not well all the way. (I am okay, though!). Kathleen has left today for Virginia. She sits for the bar Tuesday and Wednesday. This is the day she has worked and waited for six years. God is certainly with her. You can really feel His presence. Karoline and Maverick leave for school in three weeks. Karoline is about to get her feet wet in the opera world . . . . .Matt, the baby, is a lifeguard and sports manager. He has already been offered a scholarship at a small college on his way to Coast Guard service after high school and college . . . He's determined to be a pilot. Lord willing, I believe he'll make it. Maverick is playing baseball for a small college. His is another story of God's leading in his life, helping him fulfill his dreams.

So you see what my summer has been. My heart is overflowing. Please know that we think of you all and pray for you often.

In Christ's love,
Melanie and Family