CC suggested a hike before the rain came, so we bundled up and went exploring. This land is part forest, part meadow. It was fun. The entire hike he kept saying, "Now there's your firewood, girls. Why didn't you come down here?" (Of course, that would have been quite the hike back up with an armload of firewood!) 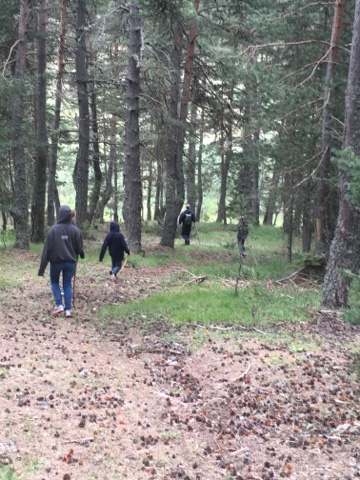 The tree behind Twinkle gave her antlers! I'm clearly sporting the camping look. 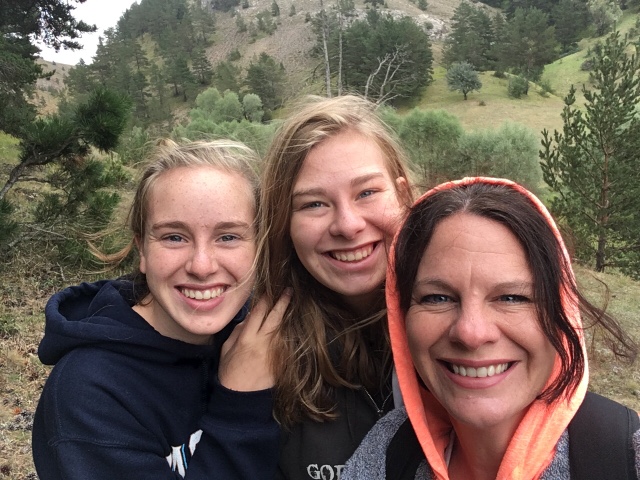 There were so many beautiful spots. I was drawn to this fence, crafted from fallen trees by a local man. The color of the tree drew me in. It was almost a blue. 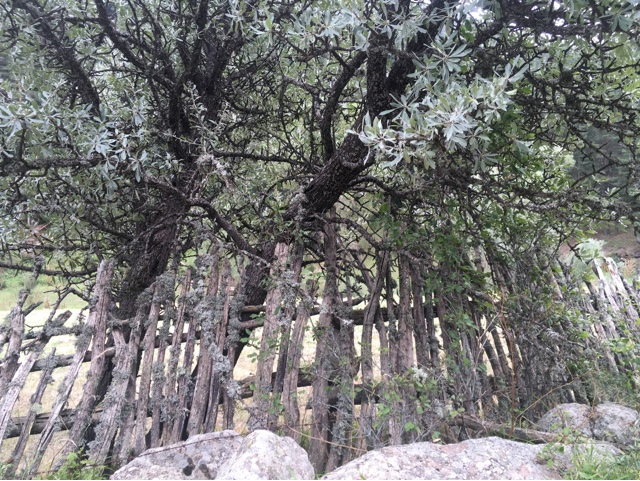 And I took this picture of my beauties. It's the first time they've been a four-some in my picture! 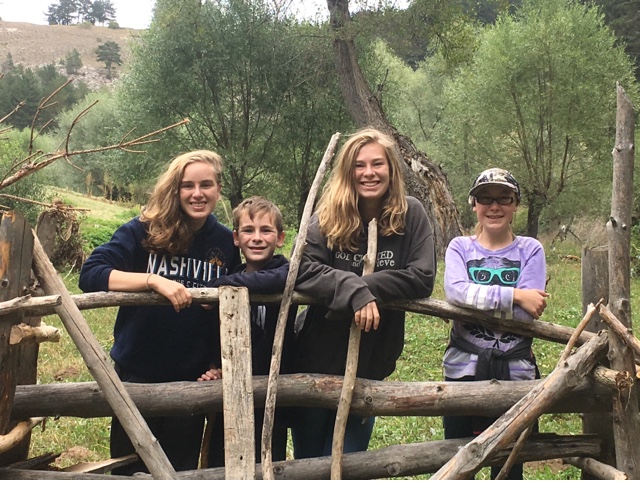 We found a wonderful stream. I almost thought someone had thrown a house broom into the water, but it was some type of wonderful water-loving plant with such a beautiful red hue. 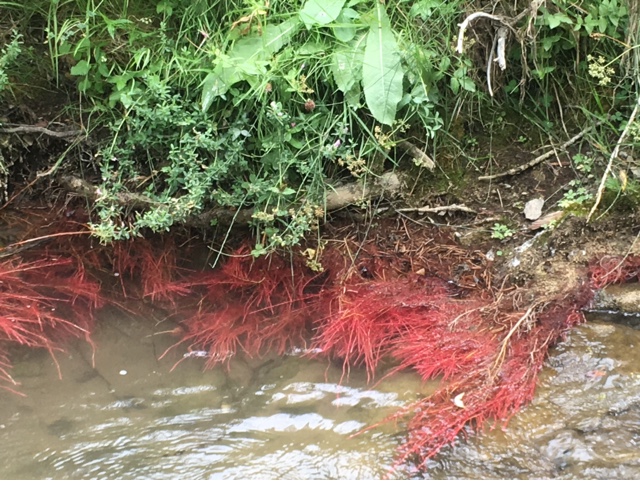 Big Ben would loudly announce EVERY time he had to go to the bathroom, NO ONE look. Which of course, he was just setting himself up for everyone to glance his way. This was his favorite spot because he could go and still watch up laughing at him. What would I do without my boy? 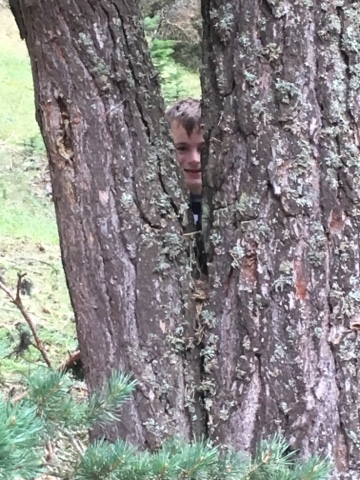 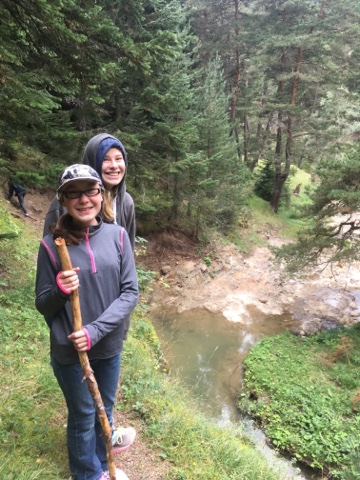 On the trail, Sweet Cheeks found a jawbone and gave it to her brother. She finds everything in nature, which I never see! Papa reminded him of Samson, killing so many with the jawbone of an ox! 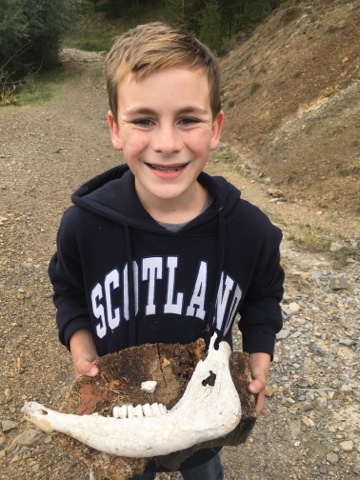 We found a beautiful waterfall. 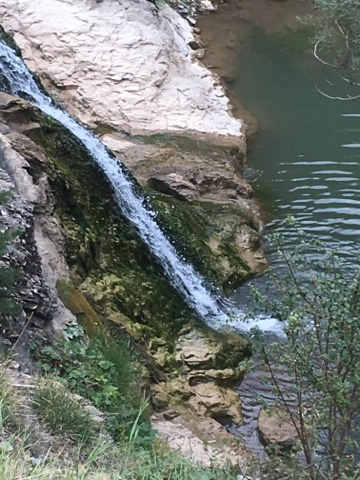 It was a fun hike! And the Lord held off the rain for us.
Posted by Sara Campbell at 8:49 AM

I've laughed at the picture of Big Ben...behind the tree. At least no one could see him! When our son was 4 years old, my husband built a restaurant in Knoxville, TN. It was summer and were out of school, so we drove up and stayed with my husband for a few days. The job trailer faced the jobsite, the back of the job trailer faced I-75. Our son who had been playing with his Tonka trucks in a dirt pile to the side came in the trailer with wet boots. I asked him where he got in water. He said I used the bathroom and it got on my feet. I was mortified that he had used the bathroom outside (something he was used to doing at home, but we live in the middle of nowhere). He said don't worry Mama, they guys didn't see me, I went out back and did it.... where everyone on I 75 could see.