Tonight is graduation, my first child ever. I've got four more down the pike! It's been interesting to figure out how we do all this and to sort of set a precedent for how we celebrate this milestone in our family. There's still such a flurry of activity in spite of tonight being the main event. So, here's a quick catch up! And here's to being caught up on my blog before summer begins!

Today we will give away our last little baby kitten. What joy they've brought us. I've decided to go out with a bang. I am taking that kitten to school on the last day. And I'm going to carry it around the entire day. This one sleeps all the time. She can sleep through the awards program and the talent show and the hallways and the yearbook signing. And at 12noon, I'll put her in the welcoming arms of the cutest little 6th grade Korean gal you've ever seen. 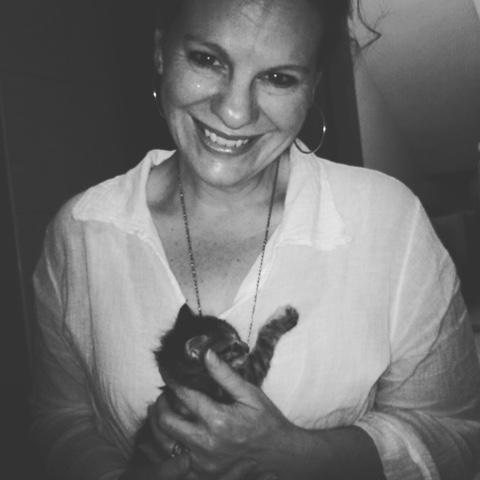 We were invited to Ethiopia's Republic Day, as I have taught the Ambassador's son. He's a delight to teach, attended my Bible class, and is basically Michael Jackson junior. It was a fun event. And the Ambassador told us that he was honored that we respected his country enough to attend, even when school events are so full right now. He also told me his son is on Facebook too much! We were glad we went. 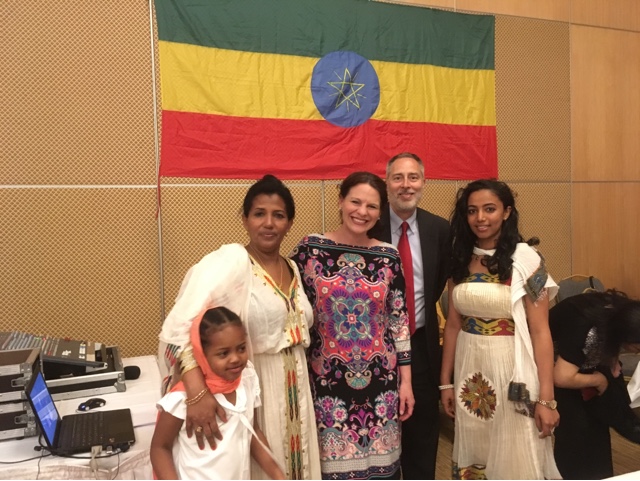 Firstborn went on her five day senior trip to Marmaris, Turkey, (Aegean coast) and a short trip over to Rhodes, Greece. It was everything we prayed it would be. Good conversations, relationships deepened, and a fun way to end her years at Oasis. 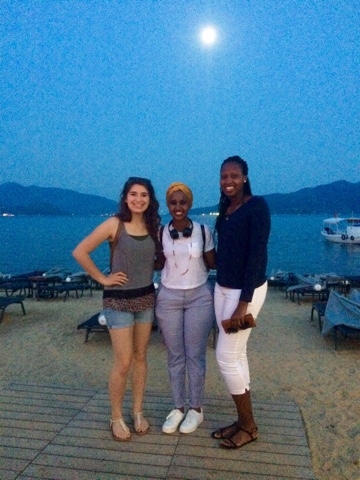 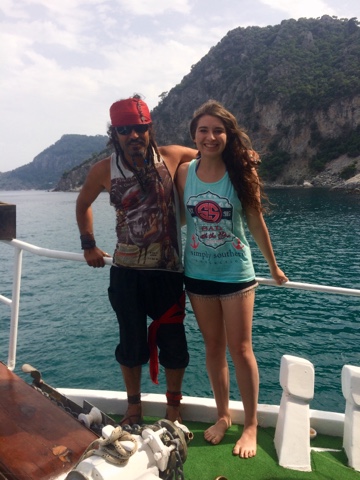 And the goodbyes have started. It's really hard to describe the last few days of school at Oasis. The depth of friendship these kids find is staggering. So many of them are in and out of countries and positions in the world. So, they all seem to bypass the surface and really offer themselves as friends. But then, those friends leave. It's the hardest part about being here. All my kids have experienced loss on this level, but it seems Miss Middler's class has had it the worst. All these kids were crying and hugging. I said, "Let me get one last picture of you." Aren't they beautiful? I count 12 countries represented from North America, South America, Europe, Asia, and Africa. 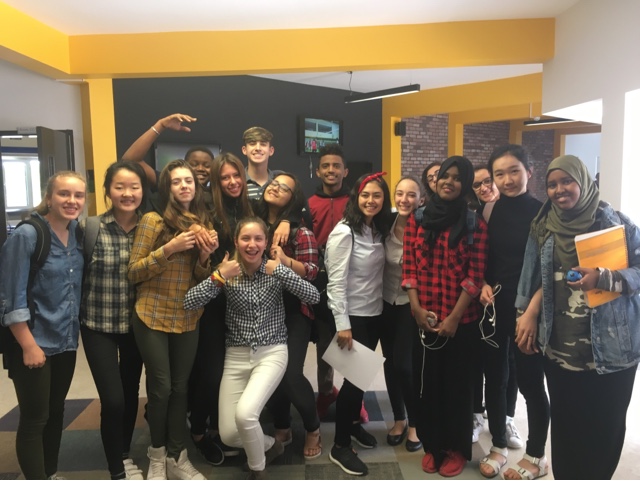 CC and I stay pretty busy during upcoming graduations, but this year we've got our own kiddo walking the stage and taking a hard-earned diploma. This is the first year in our theater, so we did a little to fix it up. He and I went up Sunday afternoon to turn an old salvaged (giant) curtain into a banner that stretched across the stage. 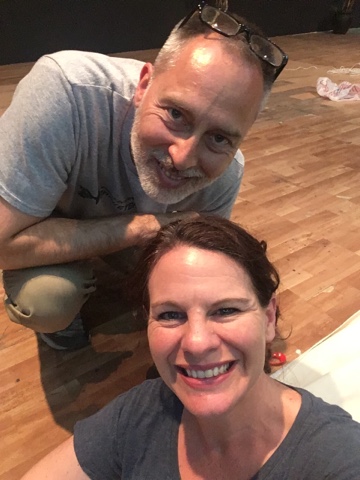 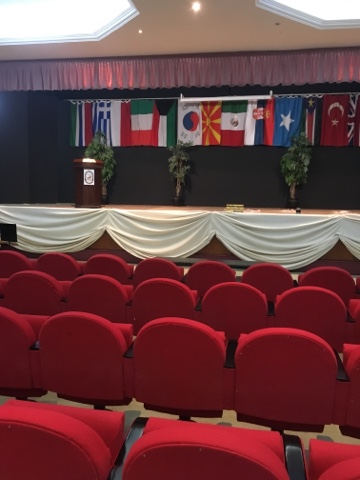 And yesterday was the day the kids get yearbooks and sign them. Then we watched a fun video from the senior trip, and they read their Last Will and Testament. Miss V read a letter to them that she wrote, "If we had one more day..." 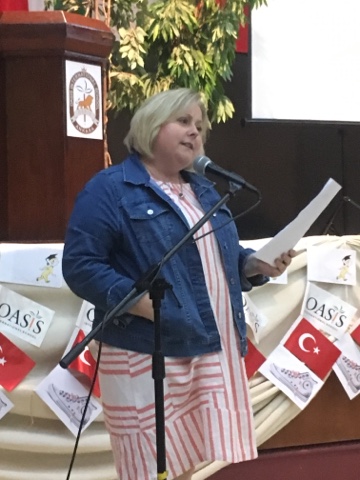 By the end, she was in tears. The kids stormed the stage to hug her. 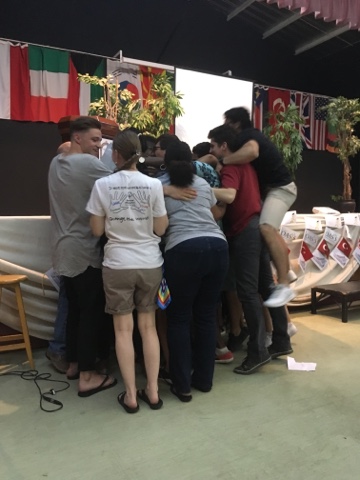 And now you're caught up! And I'm going to go apply some waterproof mascara for the big day!
Posted by Sara Campbell at 5:50 AM