A Perk of the Business 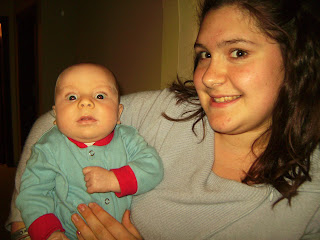 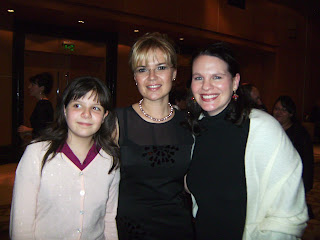 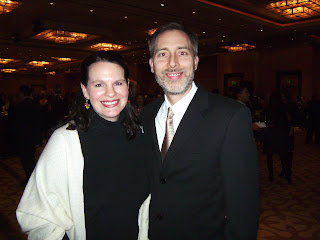 Yes, there are sacrifices involved in living away from my home country. The top 5 things I miss are: family, friends, my church, owning a home, and conveniences. But there ARE perks to working in this job. One perk is that by running an international school with 35 nationalities, many of the students being Ambassadors' kids, military attache kids, and international business kids, we get invited to the parties thrown by the Embassies. I, of course, tell Ross it is only for the sake of maintaining connections that we MUST go, but getting to dress up, go to posh hotel ballrooms, and eat delicious food from other countries ain't too bad, either. This week we got invited to 2, only 1 of which we attended. Monday night we went to the Romanian National Day reception. Typically, we stroll through security, approach the Ambassador and his entourage to shake hands and exchange pleasantries, then we enter the ballroom. We try to chat with any school parents there, thank them for entrusting their children to our school, and allow them to share a bit of their culture with us. This week I wondered how I would manage this with a 2 month old baby. He hasn't had a bottle (I don't own one of those yet), would he take one? Could I just sort of tuck him in a corner and take him with me? Ross told me to leave him at home, that he would be FINE. (I wasn't so worried about Benaiah, as I was the babysitter who would be hearing him wail, but would have no bottle for him.) Ross calculated that if it took 30 minutes to get there, if we stayed an hour, and it took 30 minutes to get home, we'd be back in plenty of time for his next meal. So, I filled him up at 6:15 and off we went. So many times when I follow Ross' direction, I am happy. This was one such time. It would have been difficult to lug Benaiah around there. I was glad I left him. The funny part, though, was that when the 1 hour mark hit, Ross rounded us up like cattle and marched us right out of there. We could hardly keep up with him. We got in the van to return home and he commented on the way home, something like, "Poor kid...leaving him at home with no milk..." Ross has been making me laugh for 14 years now. Benaiah did great with his sweet babysitter China. She had gotten the girls to bed and he was sitting in his favorite vibrating chair at her feet, content as could be. In the photos above: China with Benaiah (who looks a bit shocked to see me, but just before had been all smiles); one of our students and her mother Mrs. Ivanov (a military attache wife who I think looks very much like a Romanian Sarah Palin) and me; Ross and me
Posted by Sara Campbell at 9:49 AM

That is neat that you get to go to events like this. I am glad Benaiah did well! Praying for you all!

That picture of Benaiah is hilarious!!!
So neat to go to those events!!!!
I love all the wonderful comments you leave me Sara!! I wish you were here to give me a lot of advice on how to raise well behaved children!

LOL - Ross (I typed Roos first - you can share that with him) had me laughing too! Enjoy those posh parties - gotta take the perks you get, eh?