The Spring semester flew by! All of us commented that it went faster than any school year, ever before. The kids were involved in so many things. In the Fall, Miss Middler tried out for the school play. She is a natural on stage and landed the role of Aurora in the play Sleeping Beauty. She plays a good doe-eyed princess for sure!

She faithfully learned her lines and practiced her part, and soon the play weekend was here!

I had her pick out a costume and ordered it from Amazon. I loved how it turned out. She wore her hair down, like a sweet princess. 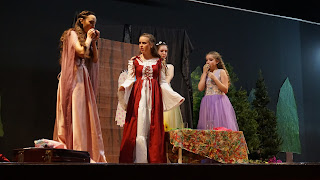 She was set to be our only child in the play, but the director came to me to ask if Big Ben would be willing to play one of the woodland creatures. He happily complied, and CC took charge of creating him an owl costume. He took an old brown sheet and cut it into wings. He pinned it to his black t-shirt. He added knickers that we had in our dress up big (one piece of a costume for Betsy Ross way back when Firstborn was in 5th grade!). Then he created his owl mask from old movie 3D glasses, some paper, and some feathers. We spiked up his hair really high, and he was the cutest owl I've ever seen! 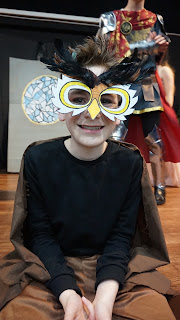 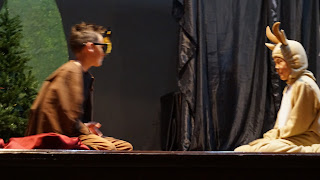 In the play, the woodland creatures all love Princess Aurora. They all presented her gifts when she came to the forest before she met her Prince. The owl had to present her a worm he had coughed up. The gummy worm served as a wonderful prop for each dress rehearsal and for the opening night's performance. But then we got a big rain, and CC noticed the generous supply of actual earthworms around campus. He helped Big Ben preserve a REAL earthworm and surprise his sister with it on stage for her final performance. She stayed in character and recovered well. That's just what little brothers do, right? 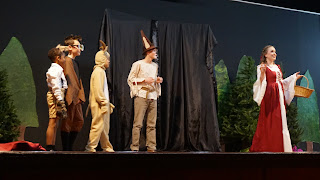 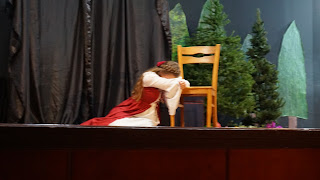 All of the characters were so well cast. The play was so fun because the audience was encouraged to participate in reactions. The witch was booed, and the princess was cheered. 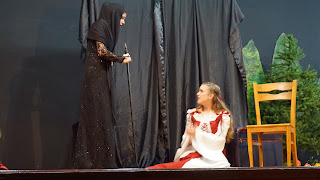 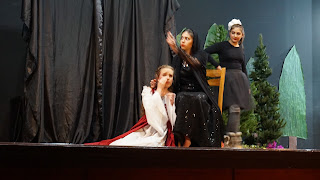 One of the sweet gals in the play had an actual spinning wheel from her home in the Netherlands, so they used it on stage. 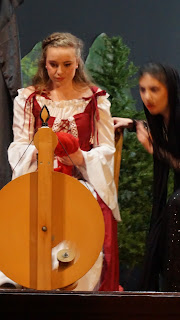 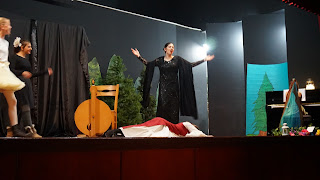 The original plan for the "wake up kiss" involved one of my ninth graders, the Prince, kissing her hand. I told him...go on and at LEAST kiss her forehead! I'm her mama, and it's ok with me! The kiss worked and she woke out of her deep sleep! 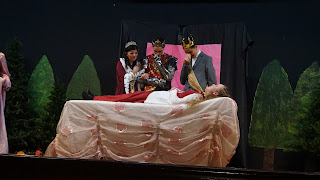 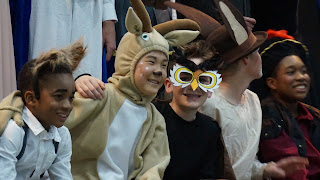 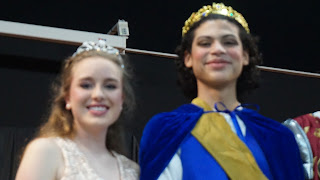 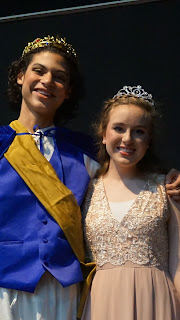 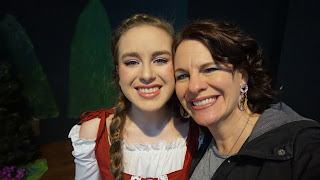 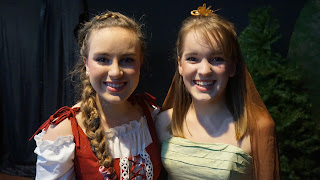 It was a delightful show, and I'm so proud the kids got to do it! 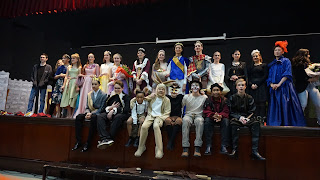 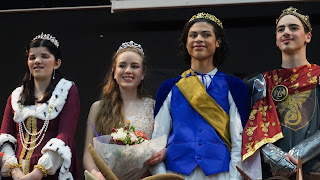 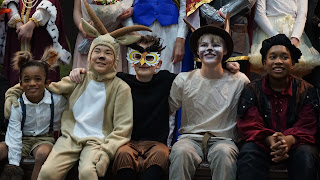 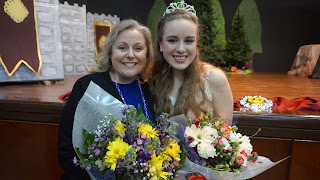 Posted by Sara Campbell at 2:39 PM