Basketball Season for Twinkle, Middler, and Me

A highlight of my year, and perhaps a big reason this blog is so behind, is that I was given the wonderful opportunity to be the head coach of both basketball and volleyball for our varsity girls' teams. That meant every Monday-Wednesday-Friday afternoon in the gym from November until May. It also meant wonderful time with two of my girls and the other lovely young ladies on the team. We faithfully practiced to prepare for our big February basketball tournament. Most practices involved LOTS of running, skills clinics, scrimmages, and an ongoing competition. I would divide the girls up in different ways, then give them skill competitions. They had fun working together to build points up against the other squad. What did the winning squad get? A pass on some of the lap running at the end of practice! I did not realize when I set practices up that way all of the benefits that would ensue...teamwork (with different girls on a squad at each practice), confidence in things they might never have tried (like 3 point shots), and fast practices (so they told me!). 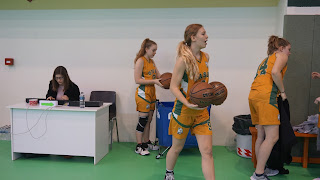 Since this is my "Mom Blog," I can brag on my own babies. My girls were unstoppable! I LOVED coaching them and watching their performance on the court. Miss Middler simply knows how to get open and shoot under pressure. I tried to suppress my grin when I heard the other coaches yelling, "I told you to STAY ON HER!!!" when she would slip out from under them, all 5'3" of her, and put up a shot around a much taller girl. She's just the best at rebounds, too. She sticks that bum into them and grabs the ball. 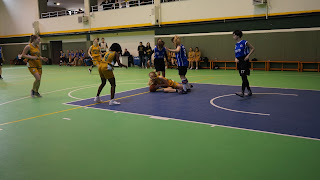 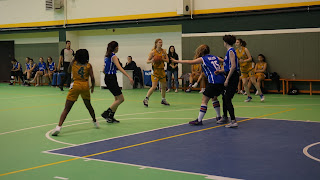 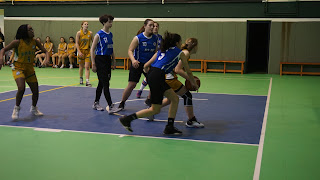 And then there's Twinkle. Her naturally competitive nature, speed, and ball handling skills made her one tough point guard. I had other coaches asking me, "PLEASE tell me she's finally a senior and will be graduating!" Basically, she's a good dribbler, and she's fast. So, I told her in addition to setting up the plays and working the ball in, I wanted her to STEAL. STEAL every ball you can, I told her. And she did. Turnover after turnover frustrated our competition. CC would just say, "And there she goes again...." after she snagged the ball and found her way to a layup. 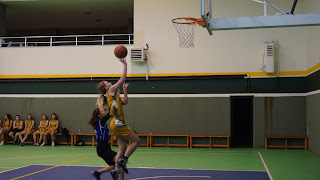 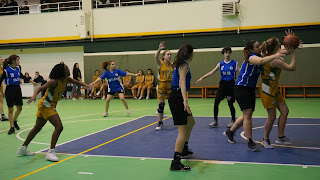 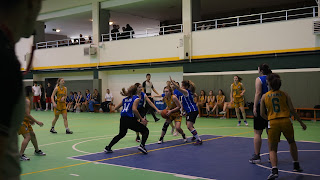 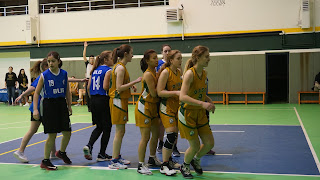 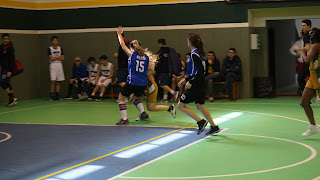 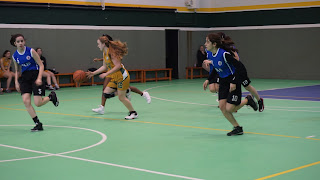 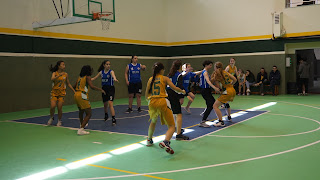 The season went fast, and we all knew this day was coming. Her last game of her favorite sport. Her last game to play with her sister by her side. Watching her play from age 13 on had come to an end. She fouled out in her last game, which was unusual for her, but she plays so aggressively that some refs start to target her, even when her steals are all ball. She sat on the bench and started to cry that she would have to miss her last few minutes of playing. I walked right up to her and said, "I'm so very proud of you in every way. I know this seems like the end of the world now, but honey, one day you'll tell your grandchildren about how Granny used to steal the ball, and then fouled out in her in last high school game." She smiled and hugged me. 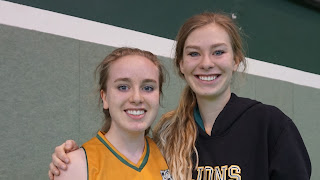 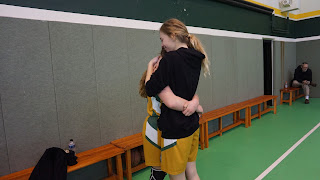 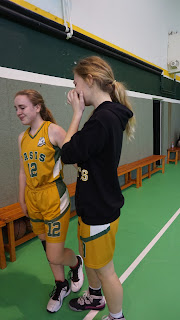 After the last game, we met in the back hall and talked as a team. Most of the girls were crying, not because we lost, but because it was the end. They wanted to tell their captain, Twinkle, how much she meant to them. I think that little powwow was my favorite part of the season. It was completely spontaneous and completely from their sweet hearts, telling each other how much the season had mean to them. It was a special group of girls, and we had bonded as a team. 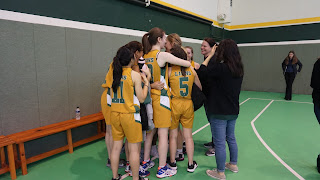 These are our three seniors who have all provided leadership and a solid Christian testimony to the team. 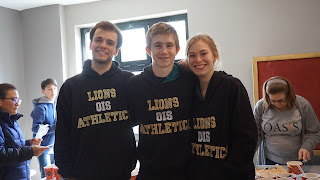 It had to end, but it sure was fun while it lasted! I'm so glad I got to be a part of it!