Well, we knew we needed to plan a day, when it was not raining, to go see the Prague Castle. It was so much to take in, and we just were amazed by the antiquity of it and all that it contained. Big Ben posed by the official guard. 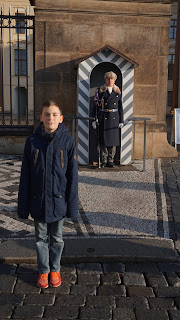 The Gothic Period structure was amazing and spoke of a time long ago when kings resided and ruled here. It has been the seat of Bohemian kings, holy Roman emperors, and the current president of the Czech Republic. It is the largest ancient coherent castle in the world. 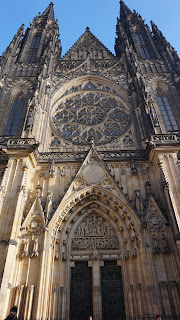 The stained glass windows are always my favorite. 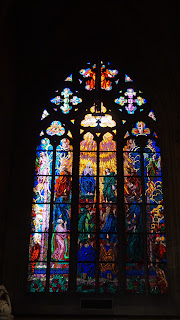 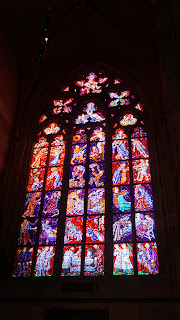 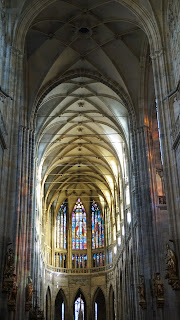 This is the official hall where business took place. 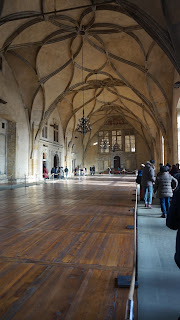 This is King Wenceslas' crown, sceptre, and the royal apple (with symbolism of King David's coronation and the Garden of Eden). I remember playing the Christmas carol of King Wenceslas as a child. I sure never thought I'd see his actual crown from 1347! 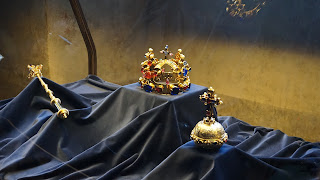 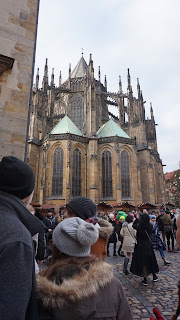 We found a wonderful old display of suits of amor and weaponry. Big Ben asked for several pictures! 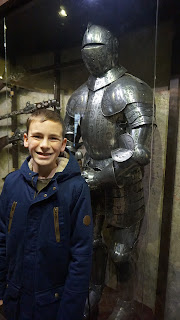 Posted by Sara Campbell at 7:52 PM