After an hour of flying high above this beautiful landscape, we approached our landing spot (dictated by the wind). Incidentally, we spotted the cave, below, Miss Middler found long ago (a church). We searched hard for it back in the Fall when our friends were here hiking with us and never found it that day! 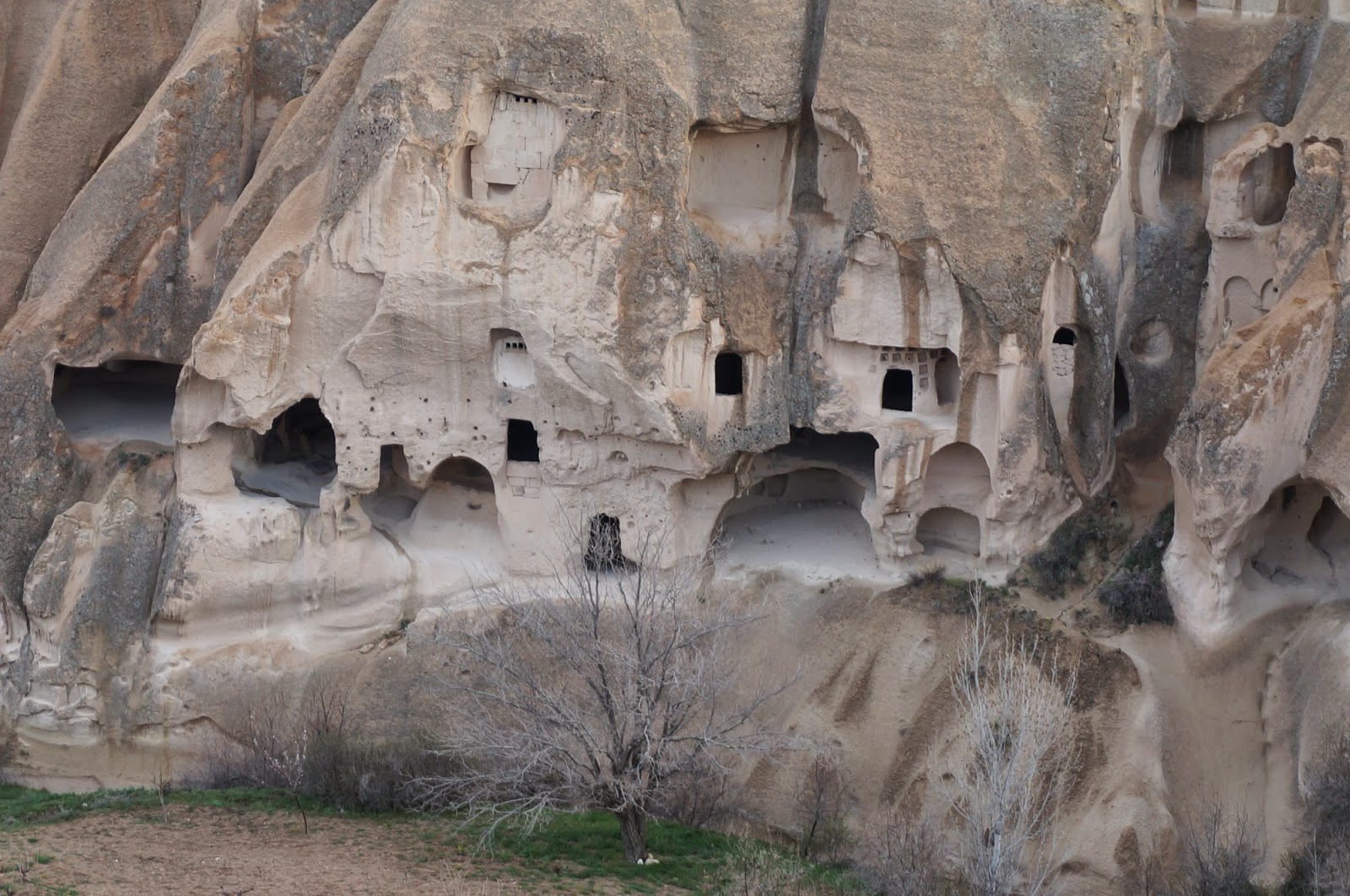 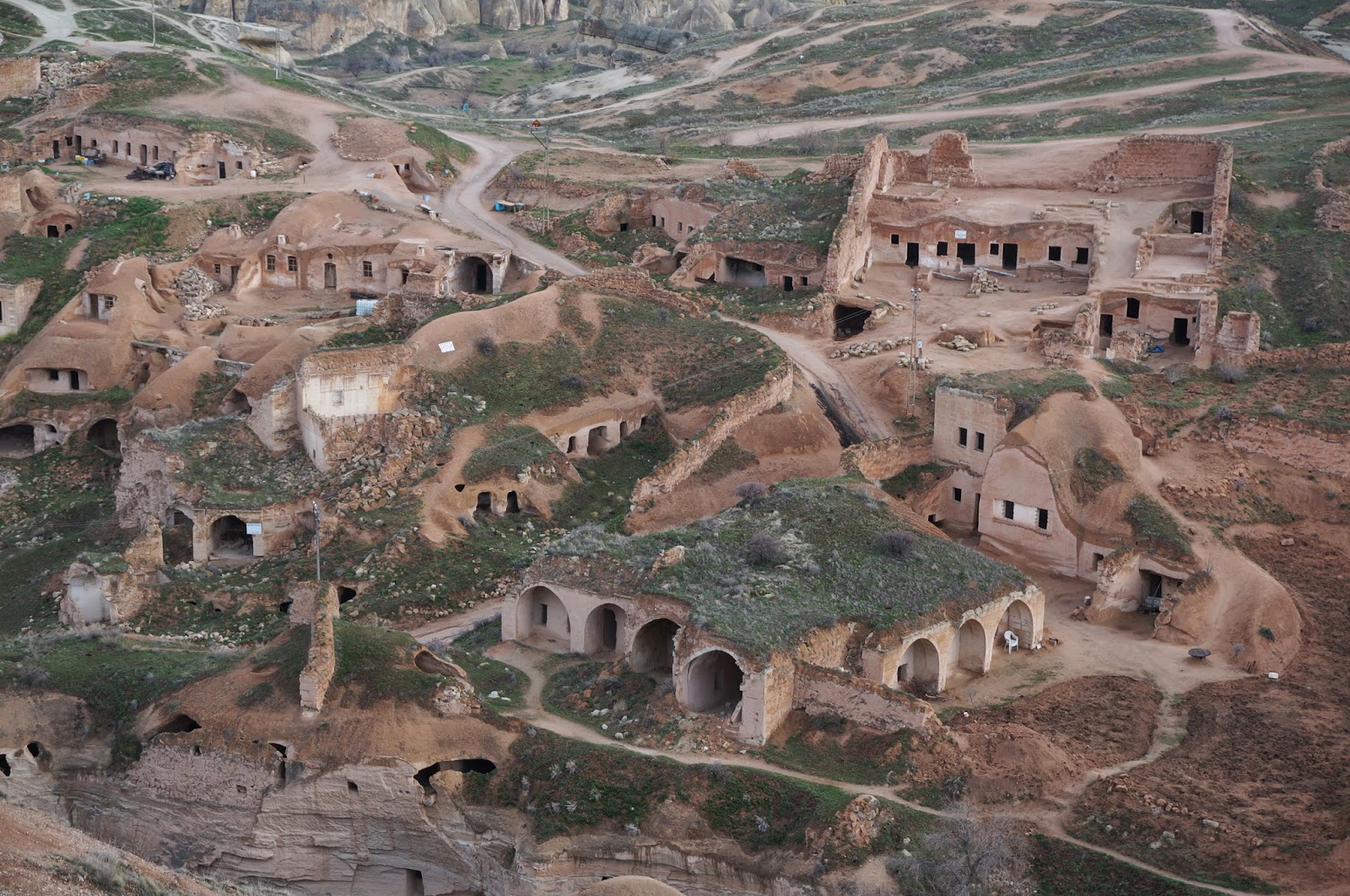 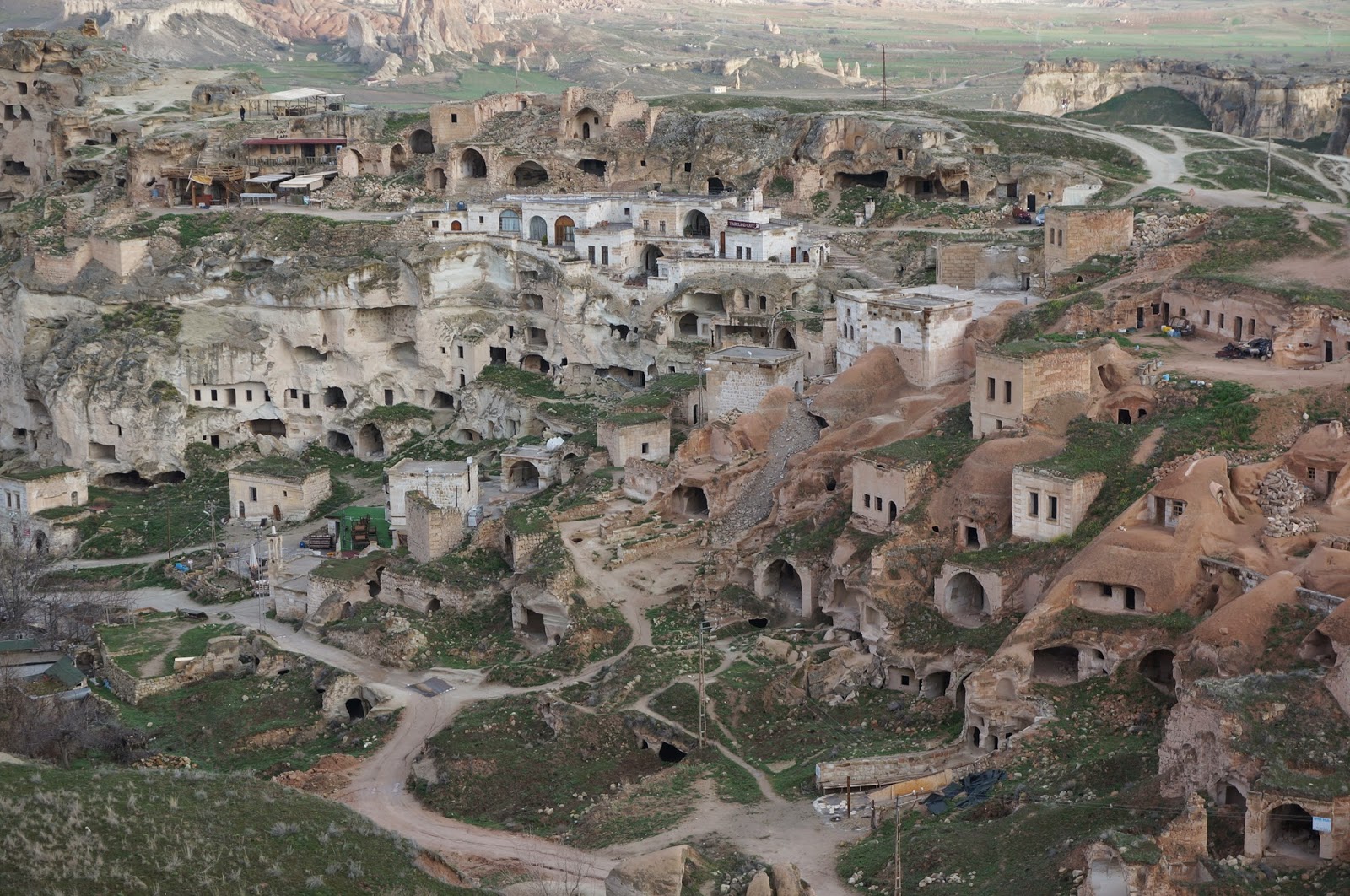 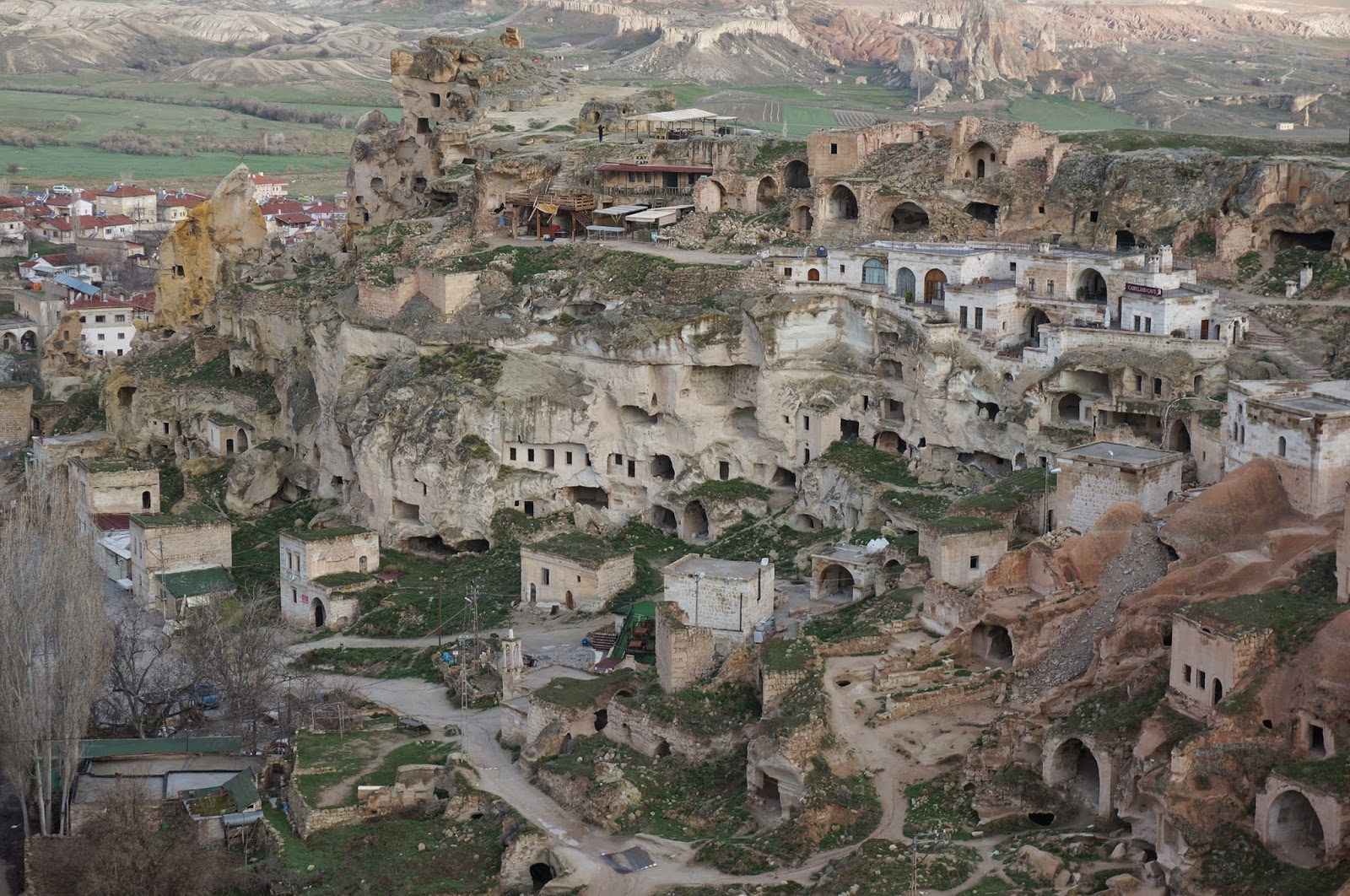 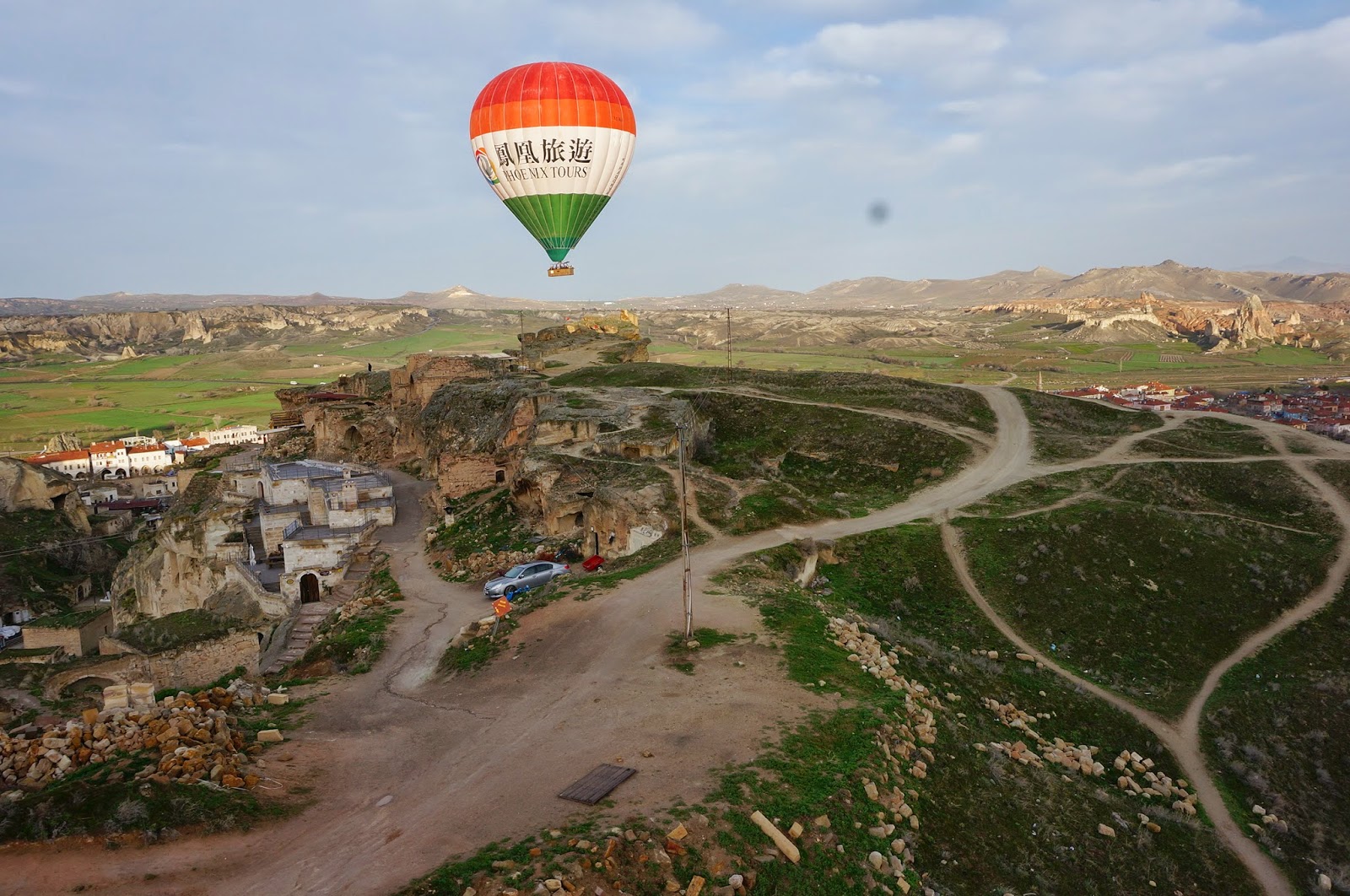 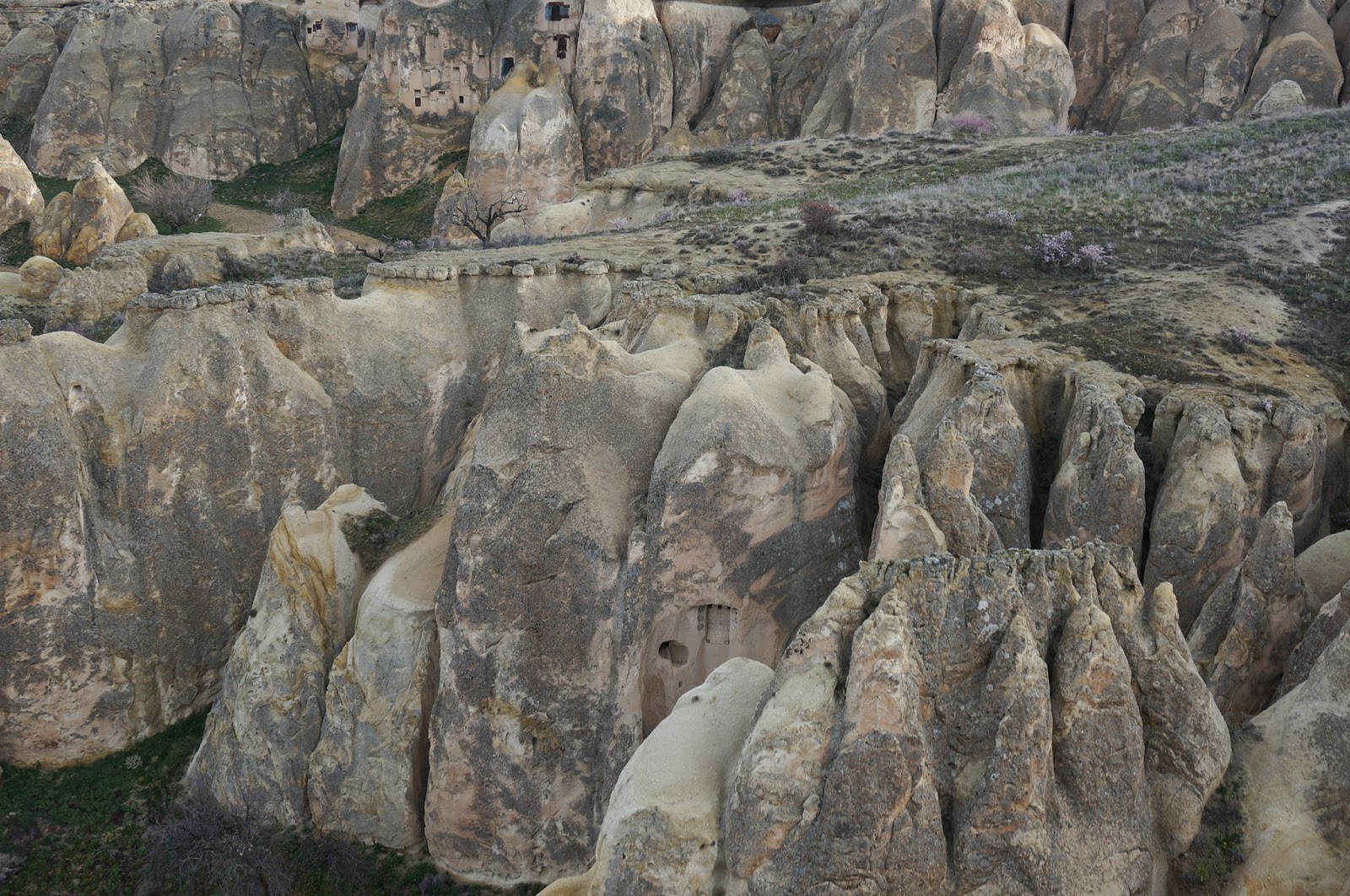 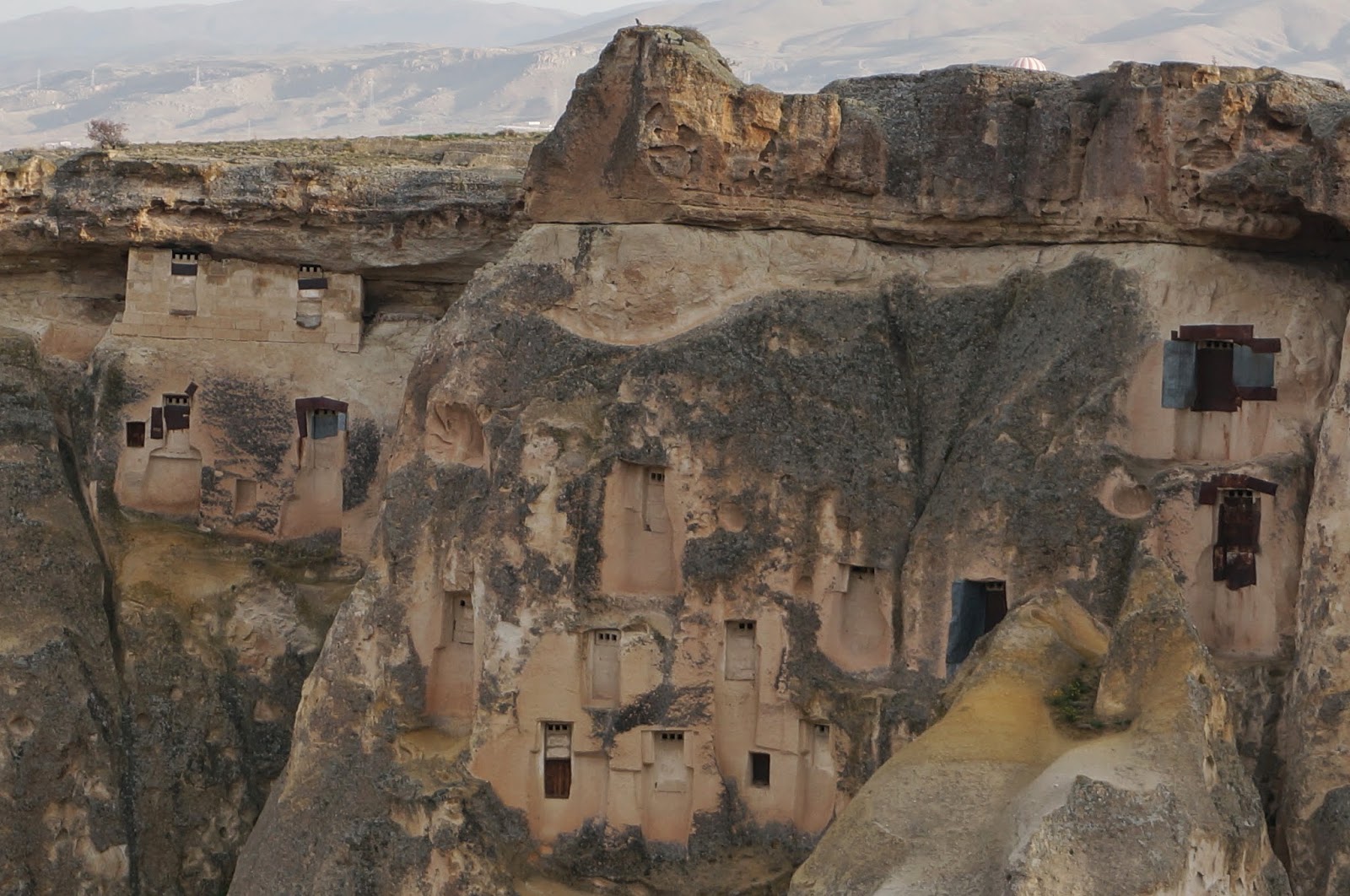 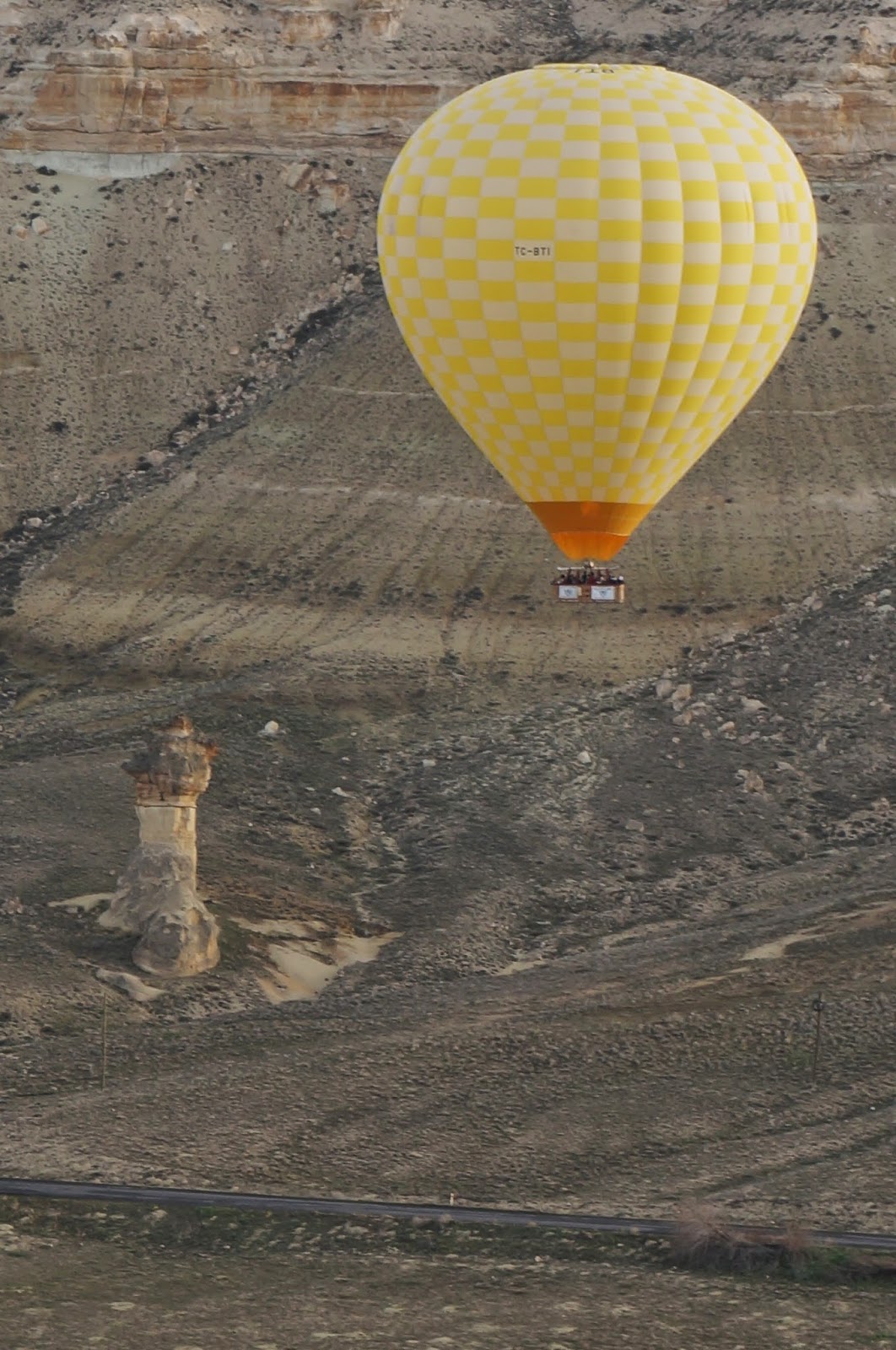 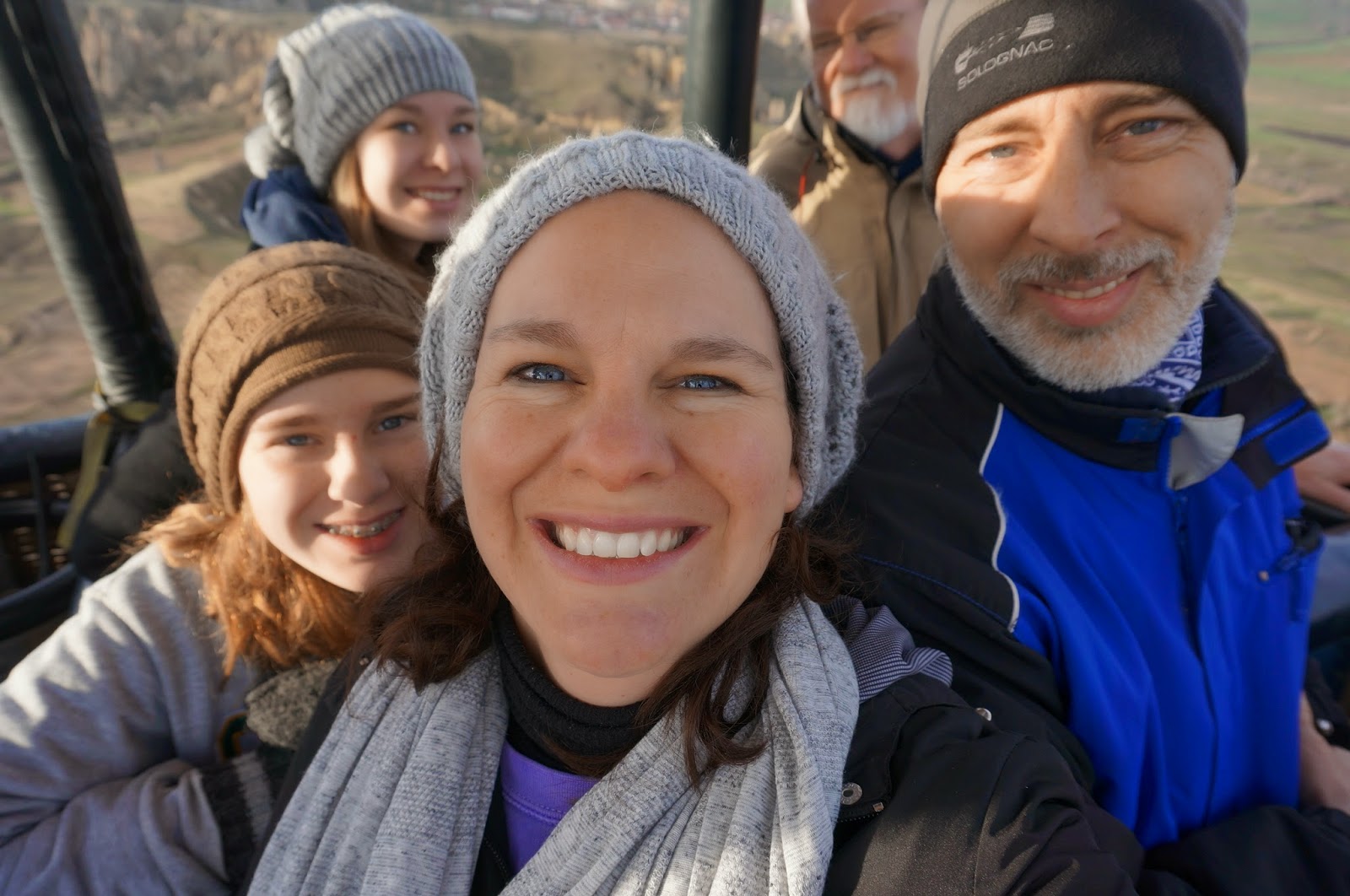 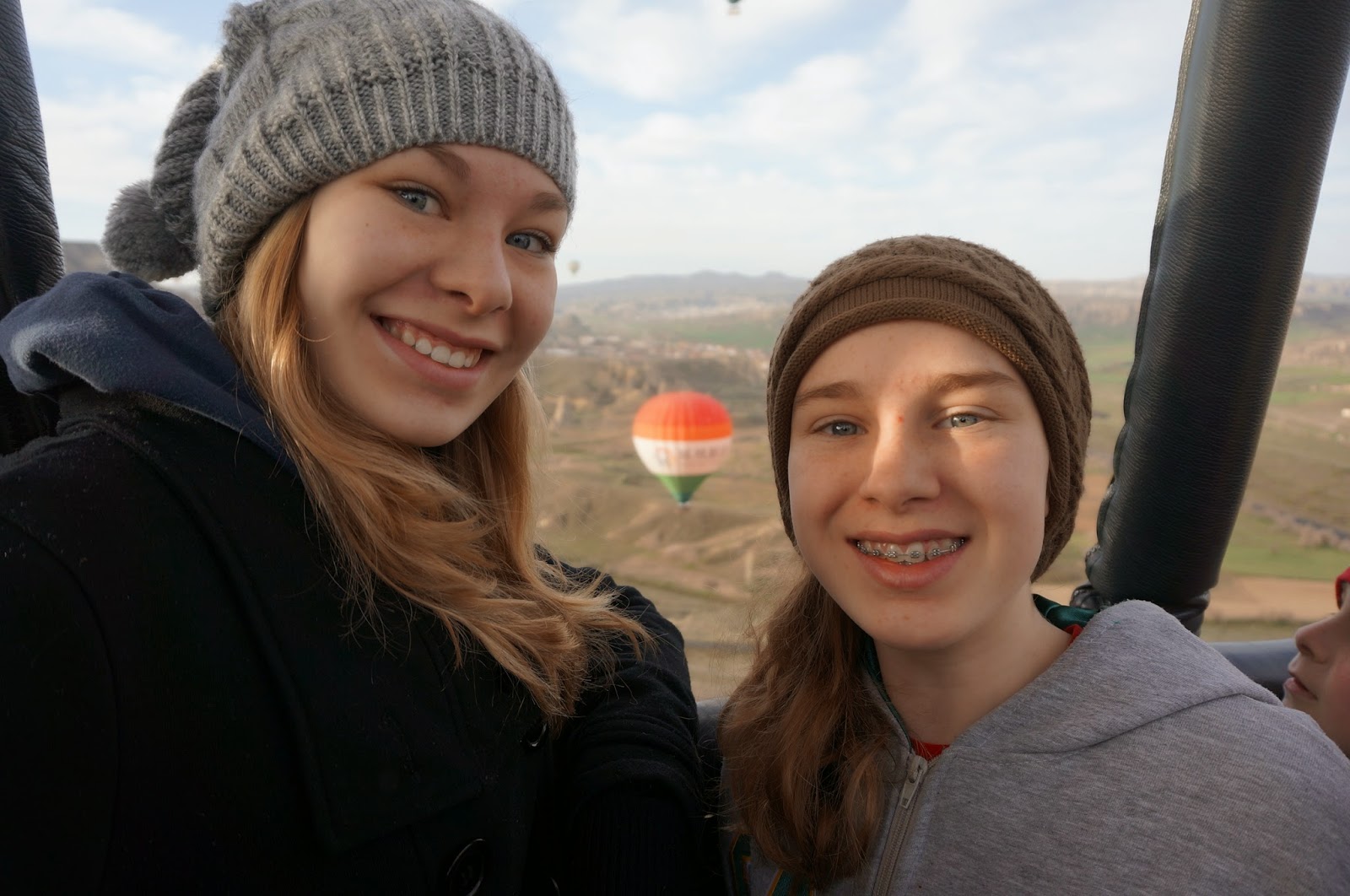 Our pilot confirmed he had to be careful where he landed, or he might have a farmer or two angry with him on this beautiful morning! 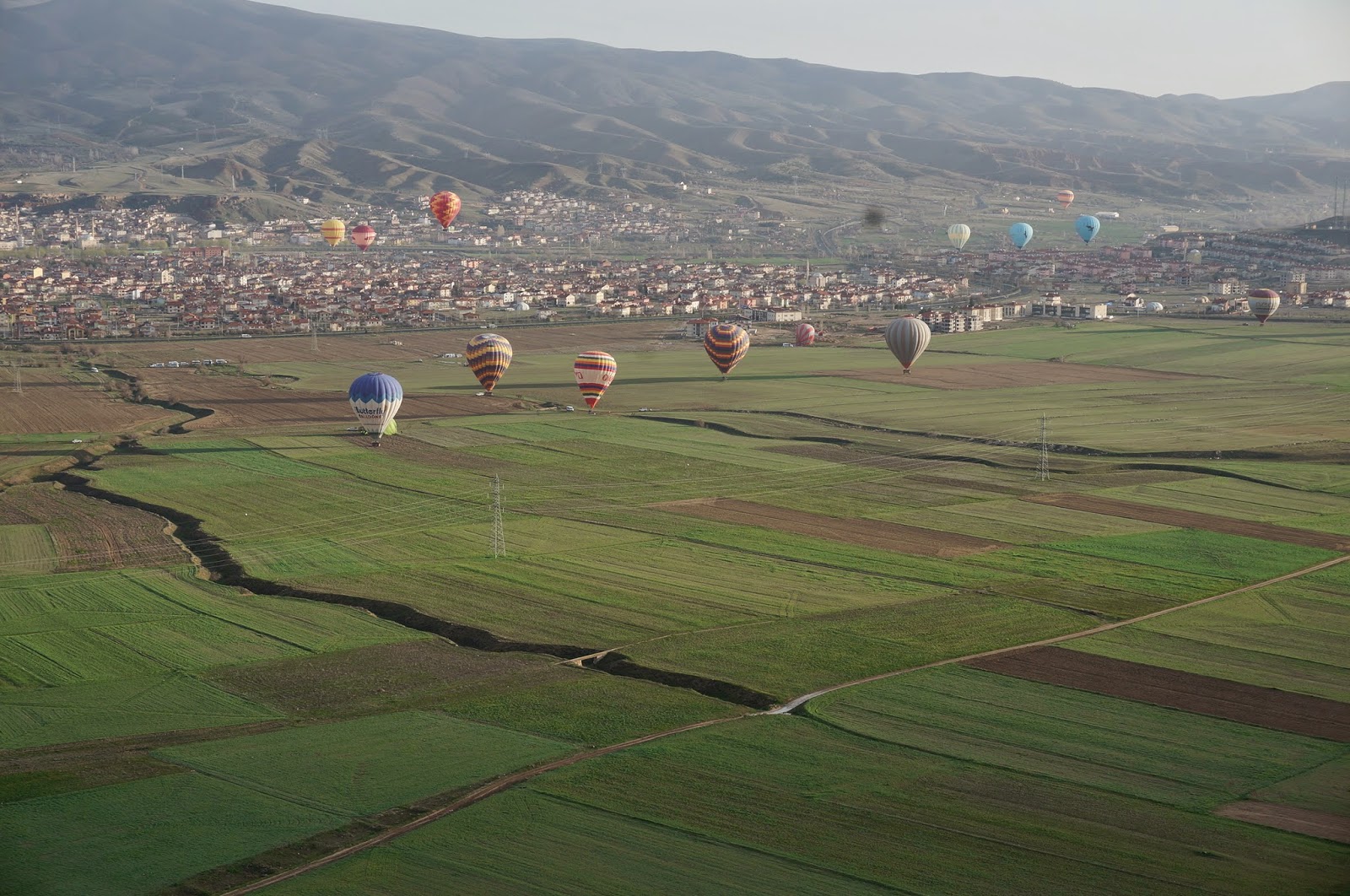 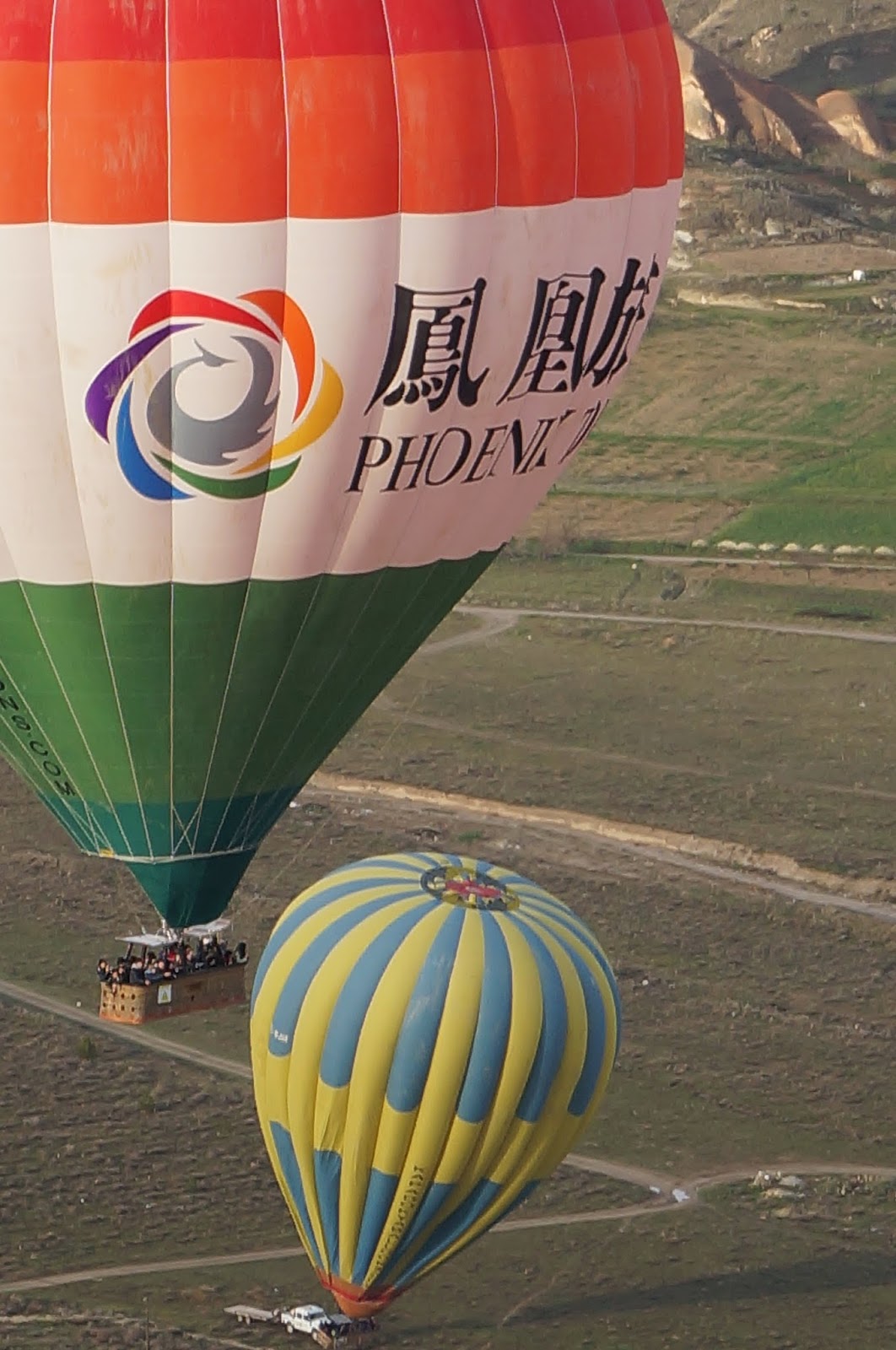 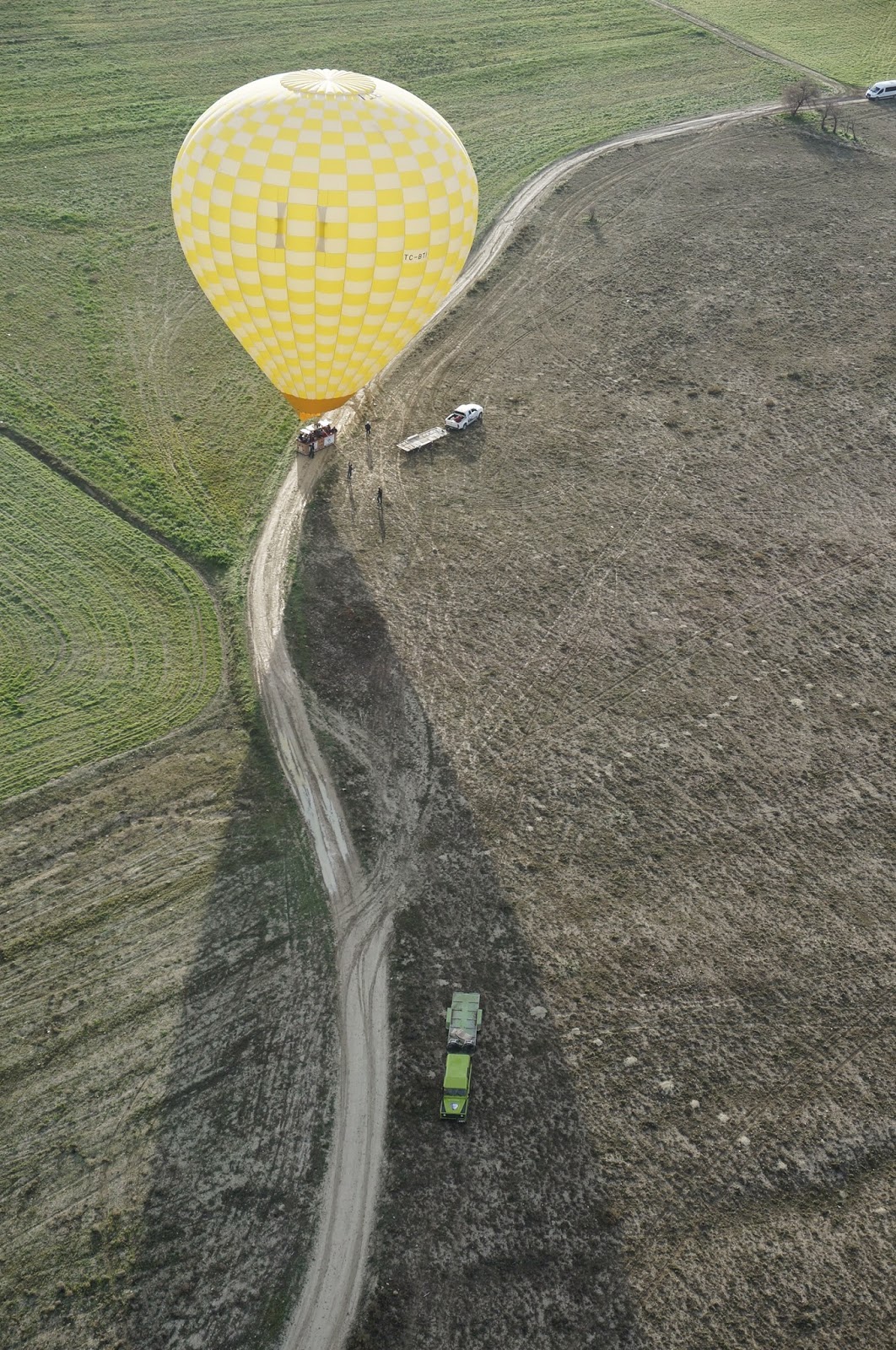 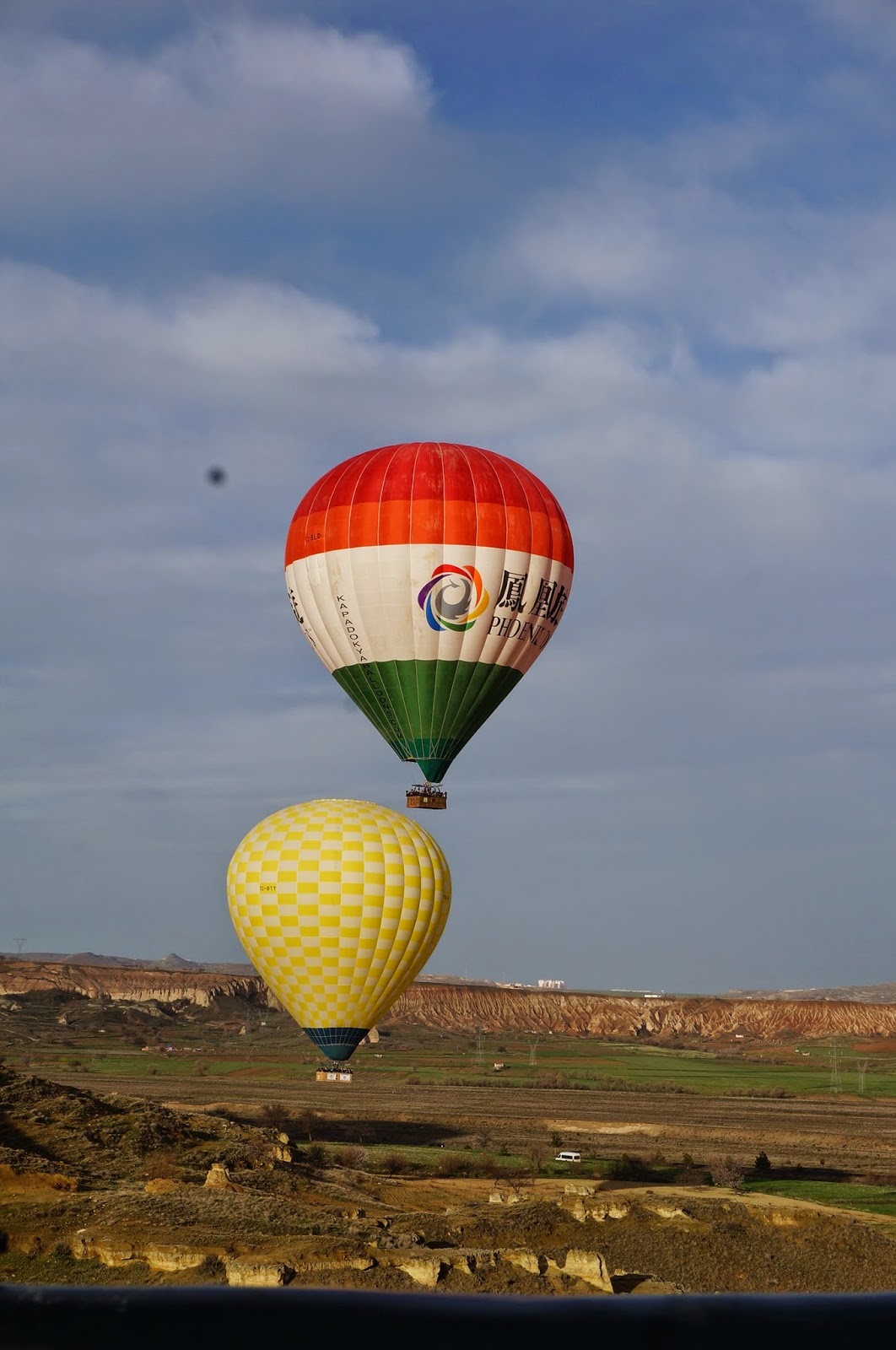 As we neared the ground, he told us to get in landing position. We had to crouch down into the basket and hold onto openings in the basket. The little people had to sit inside of a big person. Big Ben didn't need to be told twice. He jumped into his sister's protective spot for him. 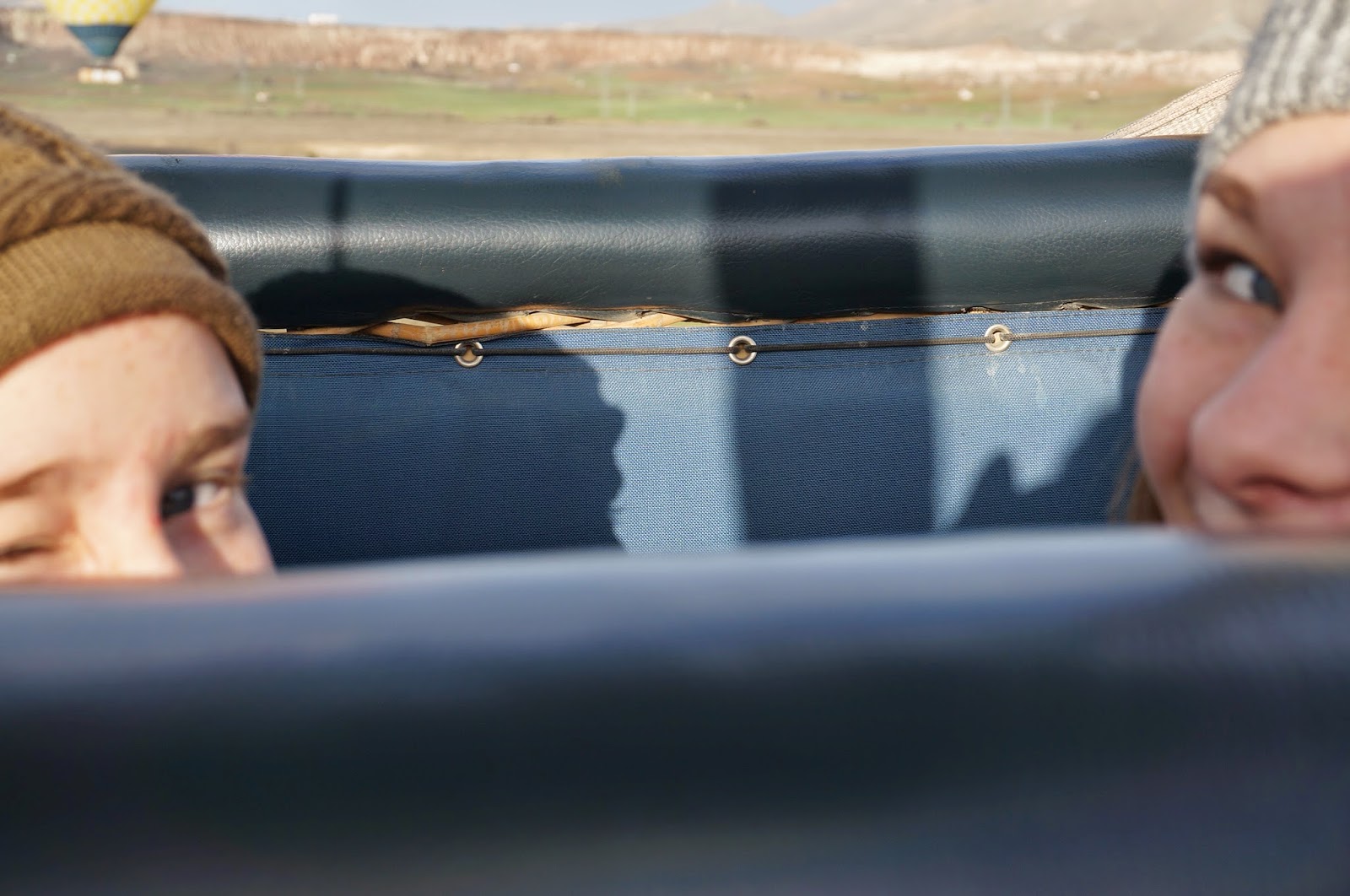 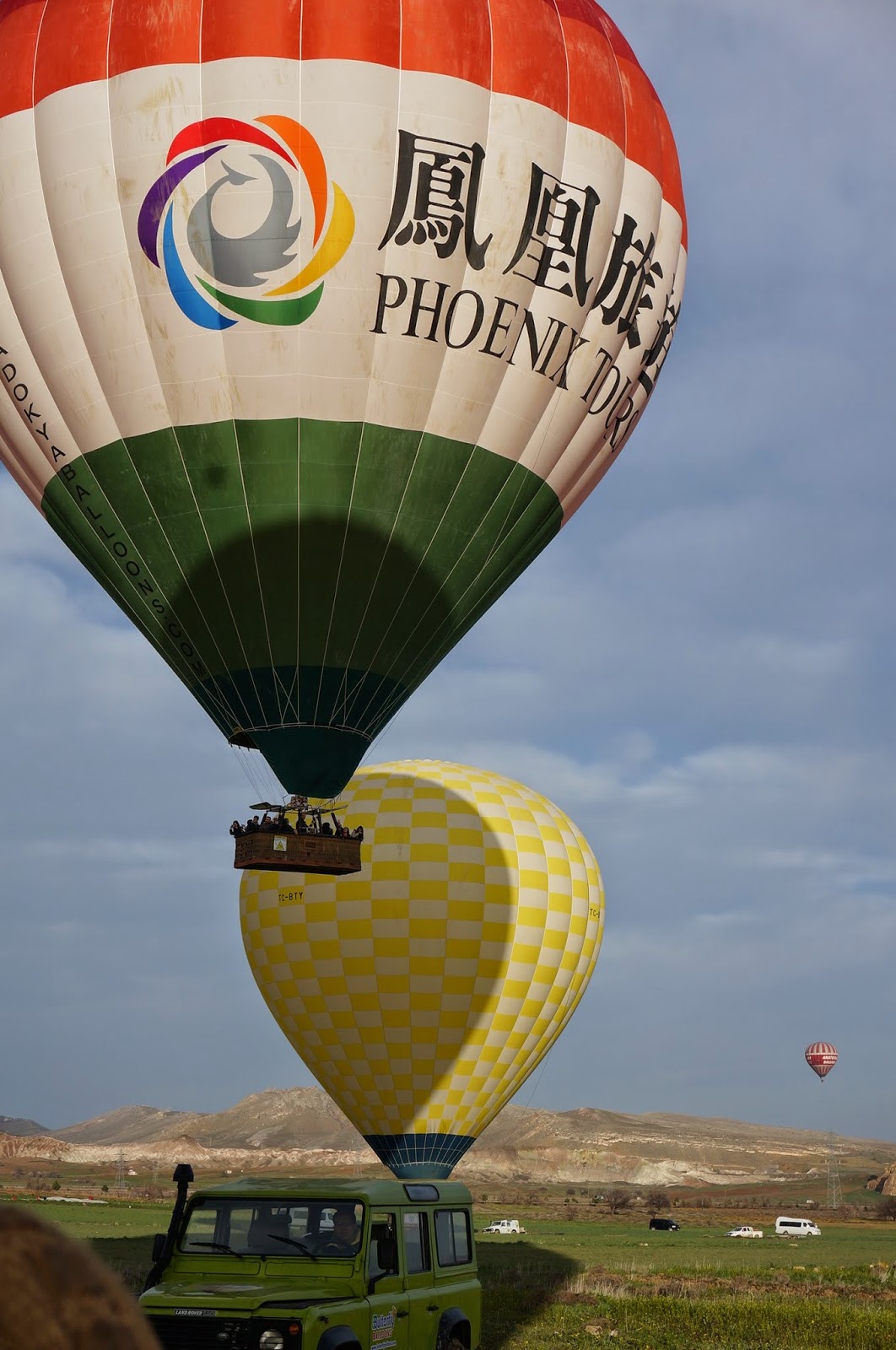 We bumped a little and rocked a little, but overall had a very smooth and safe landing! We noted other baskets with occupants who stood during landing, not instructed to be in a landing position. We also watched one basket touch down several times before it stopped. 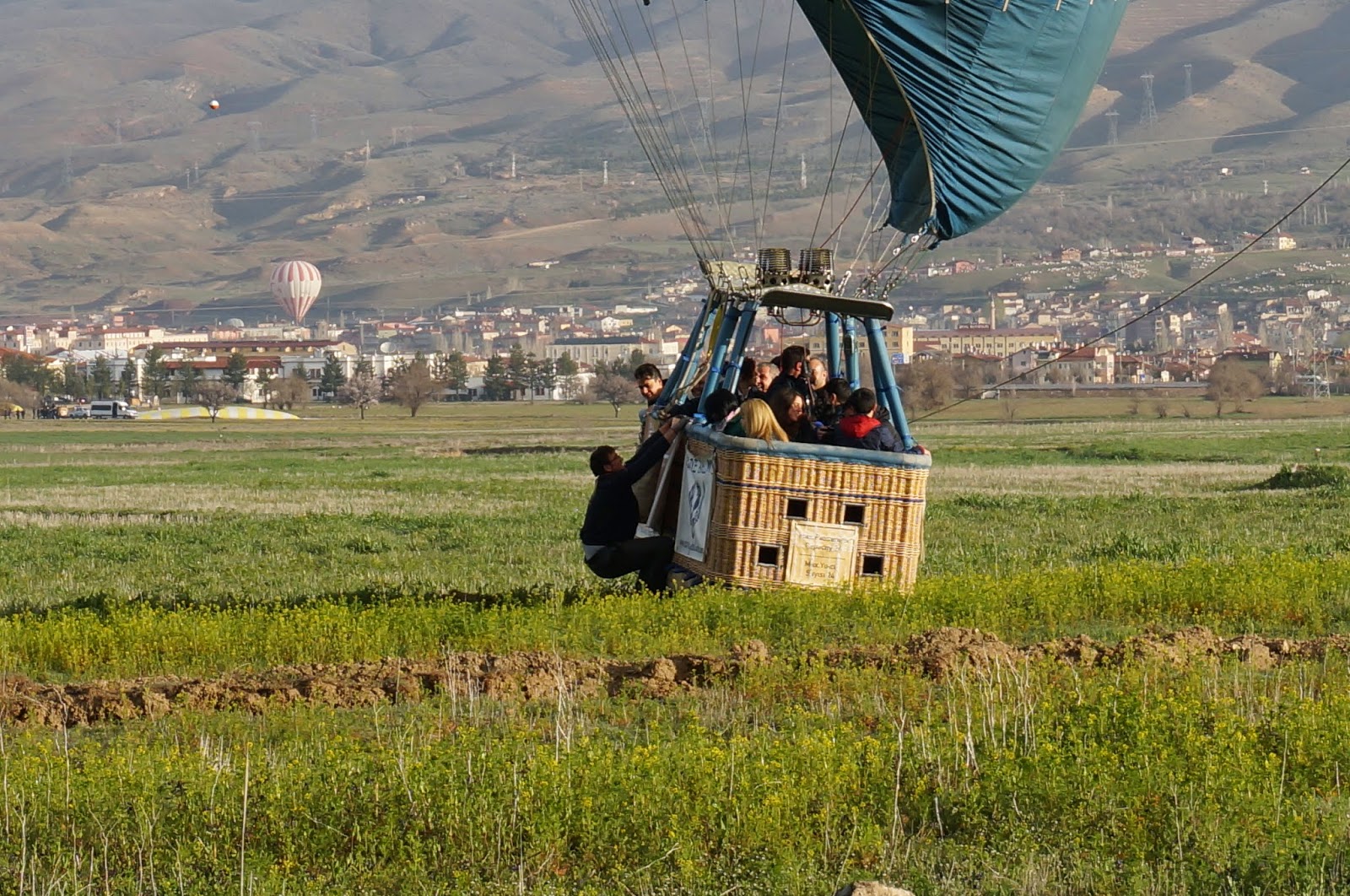 Posted by Sara Campbell at 4:17 AM