Israel: Muslim Encounter and the Church of the Holy Sepulchre

We entered into the Christian Quarter of the Old City and a dedicated Muslim man began sharing with us. He wanted us to take a Quran and listen to his reasons for his beliefs. He was kind and respectful and very dedicated. But he'd met his match. Many years ago, 20 in fact, CC was a young college student spending a semester in Europe. He entered a conversation with a man in London's Speakers' Corner. After much debate, CC was unable to find the verse that supported what he wanted to prove. He determined then that it would not happen again. In fact, this Muslim man cited the exact same reason for disbelief in Jesus as the man did 20 years ago. His reason? Jesus never actually said He was the Son of God. CC had his phone with the Bible on it, and allowed the man to read for himself what Scripture says. 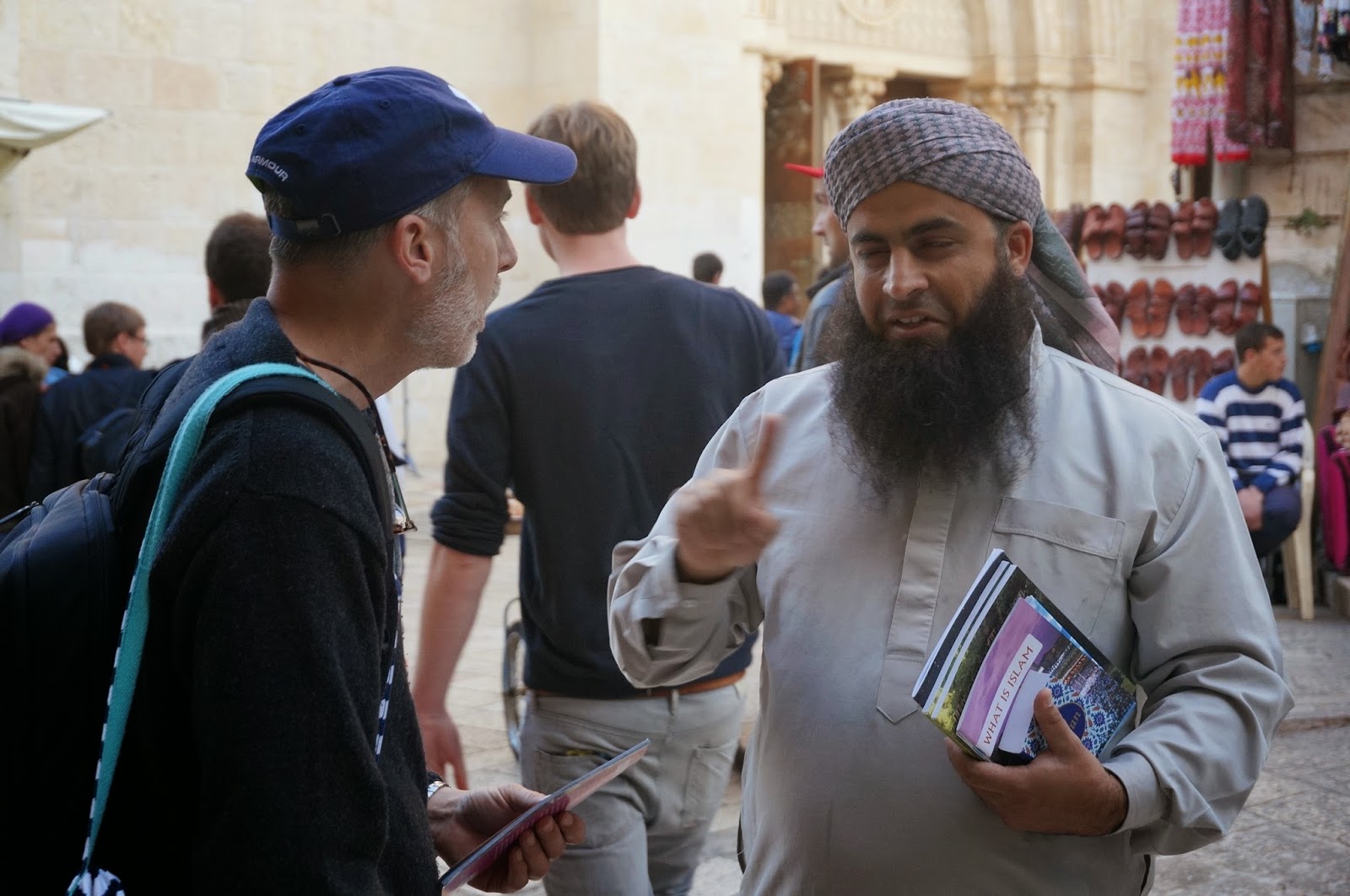 We sat on the step and prayed for him. 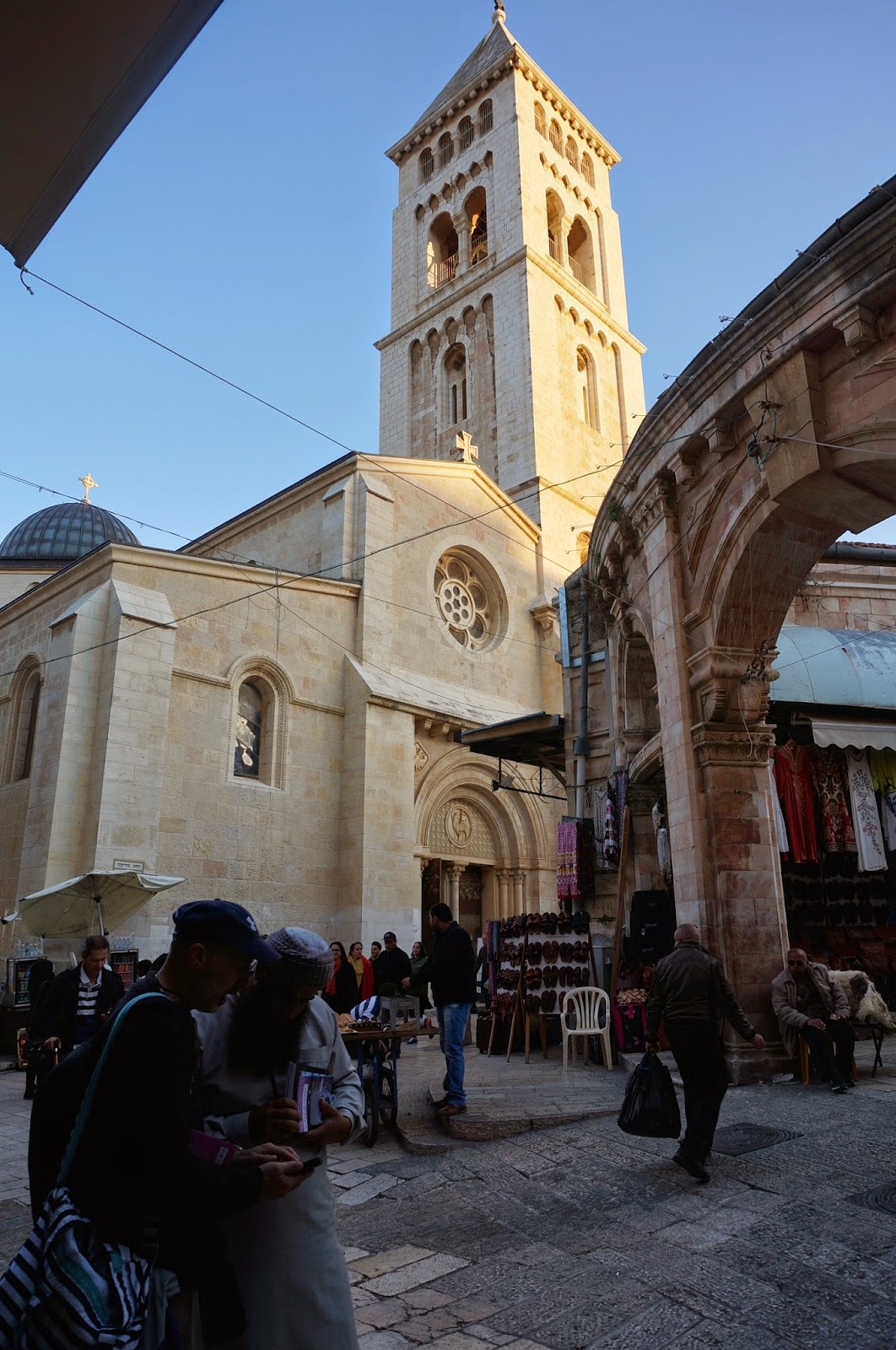 Sadly, though he read it for himself and the conversation went long, he found other ways to continue to disbelieve. But at the end, CC quoted an Arabic phrase to him that means, "seeker of holy books" and praised him for his desire to seek out truth through holy books. Then CC promised the man that he would pray that Jesus would reveal Himself to Him clearly. I think that made a greater impact on him than anything else that was said. He seemed almost afraid for CC to pray that. He then moved on to his next mission (person). Many, many things struck me in the Holy Land. One of those was the sincere dedication I witnessed. It convicted me. The prayers at the Wailing Wall, so intent. The memorization of the Torah by a man at the airport, so dedicated. The street witnessing by the Muslim, so sincere. And for us, believers, we do not do these works FOR our salvation, but THROUGH our salvation, as we love the God who has saved us. We should be more devout because of our love. It is a lesson I hope I won't forget. 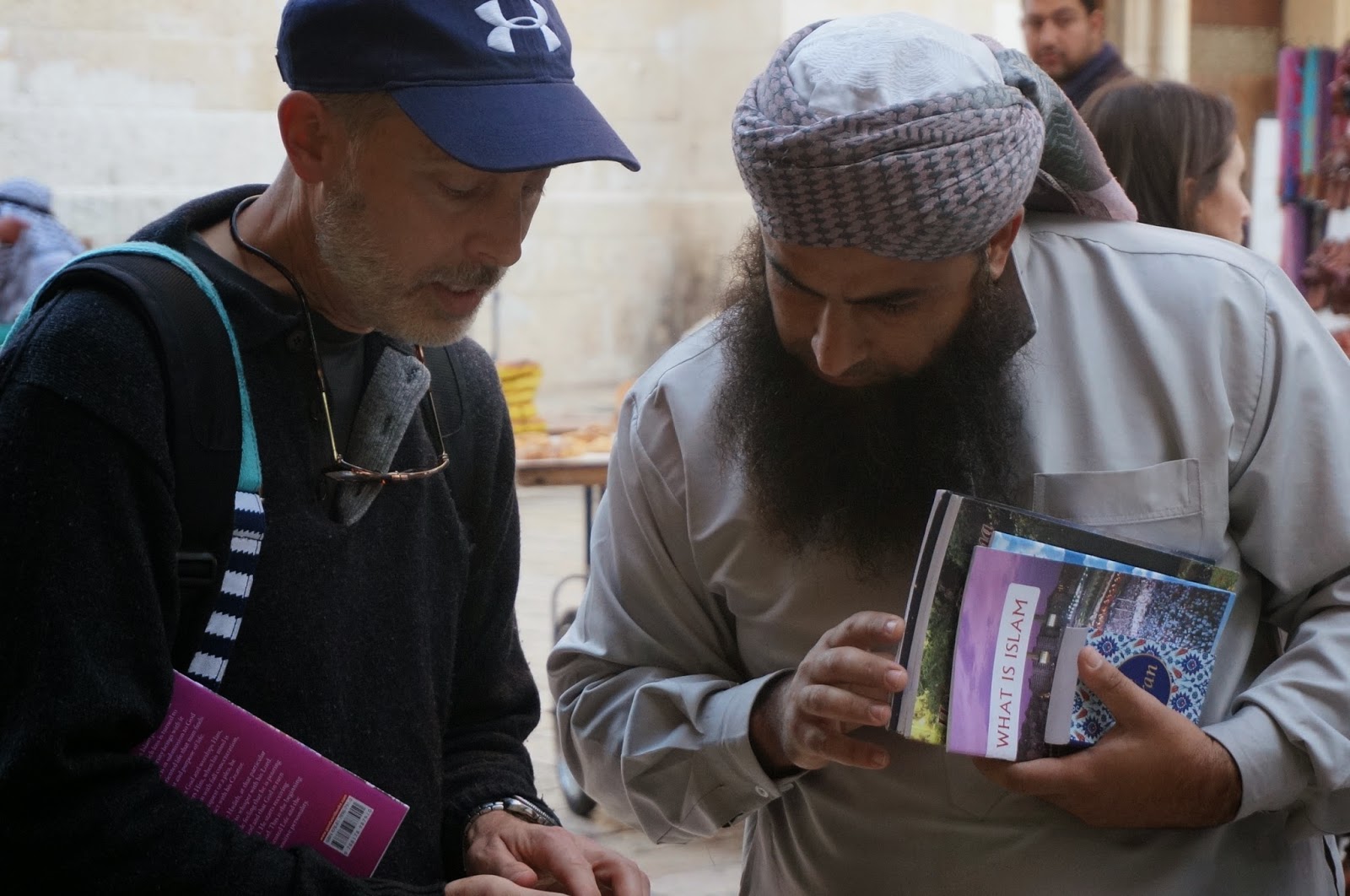 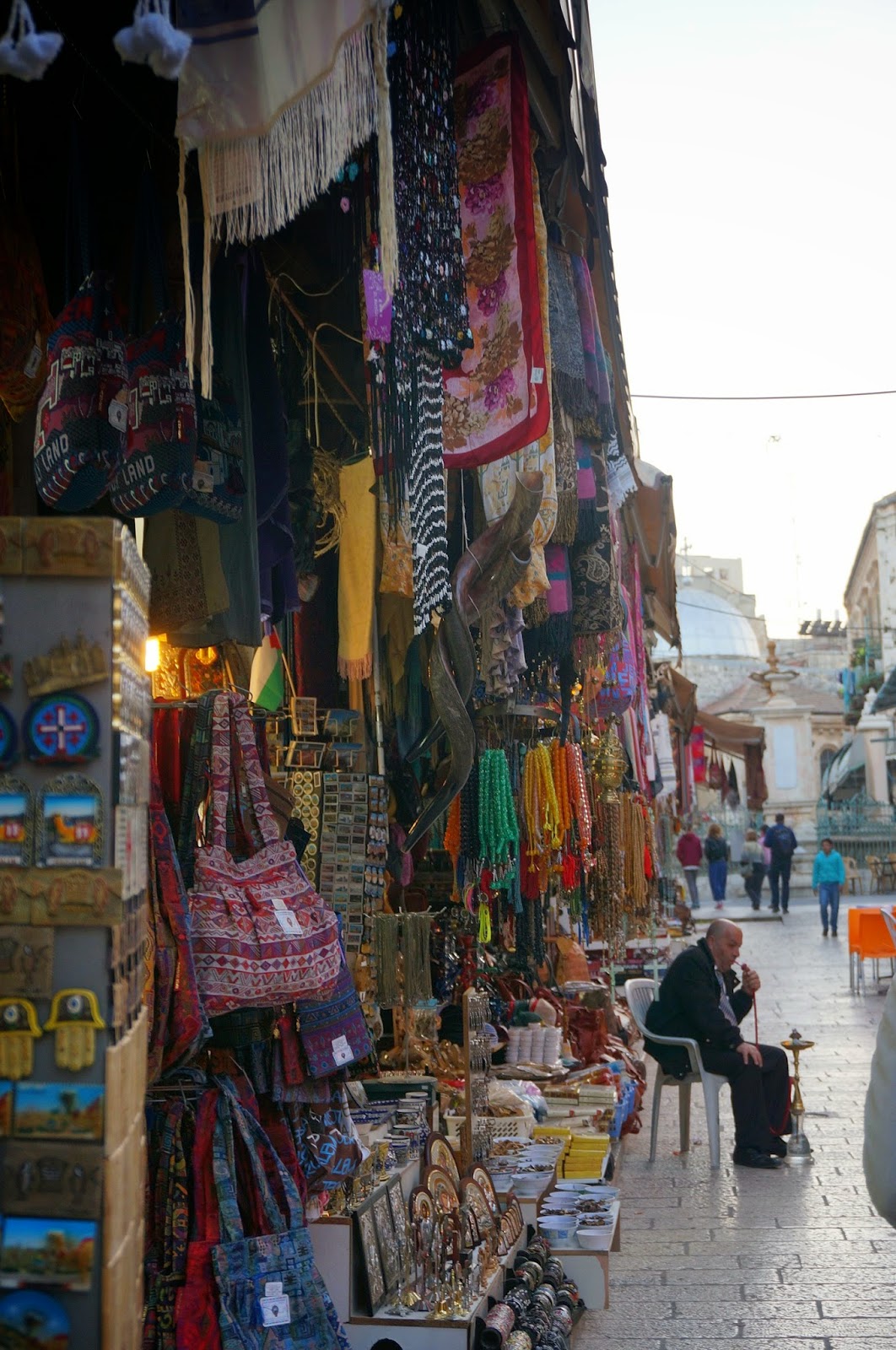 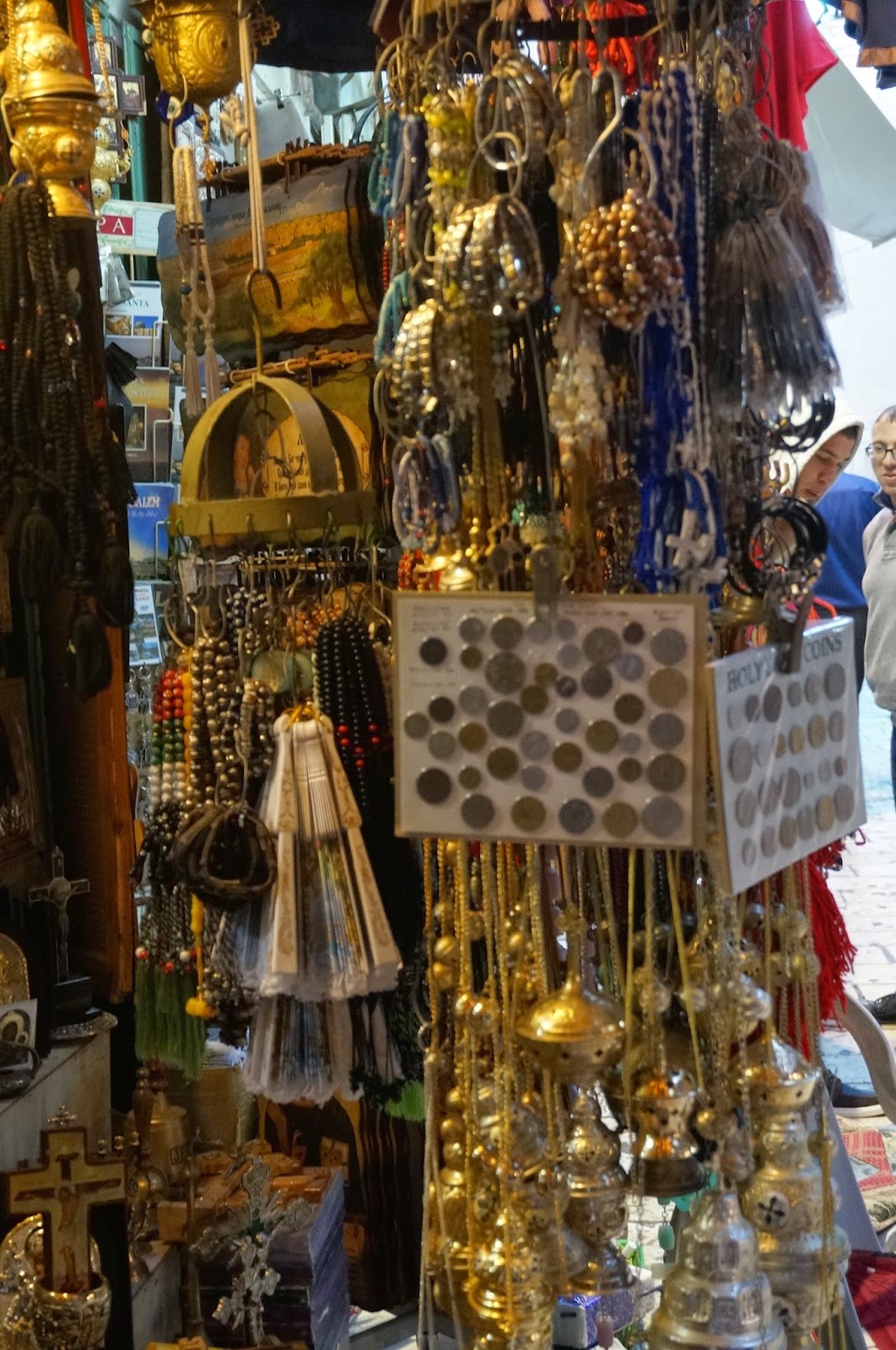 We then came to the Church of the Holy Sepulchre, the Catholic site for Christ's burial. 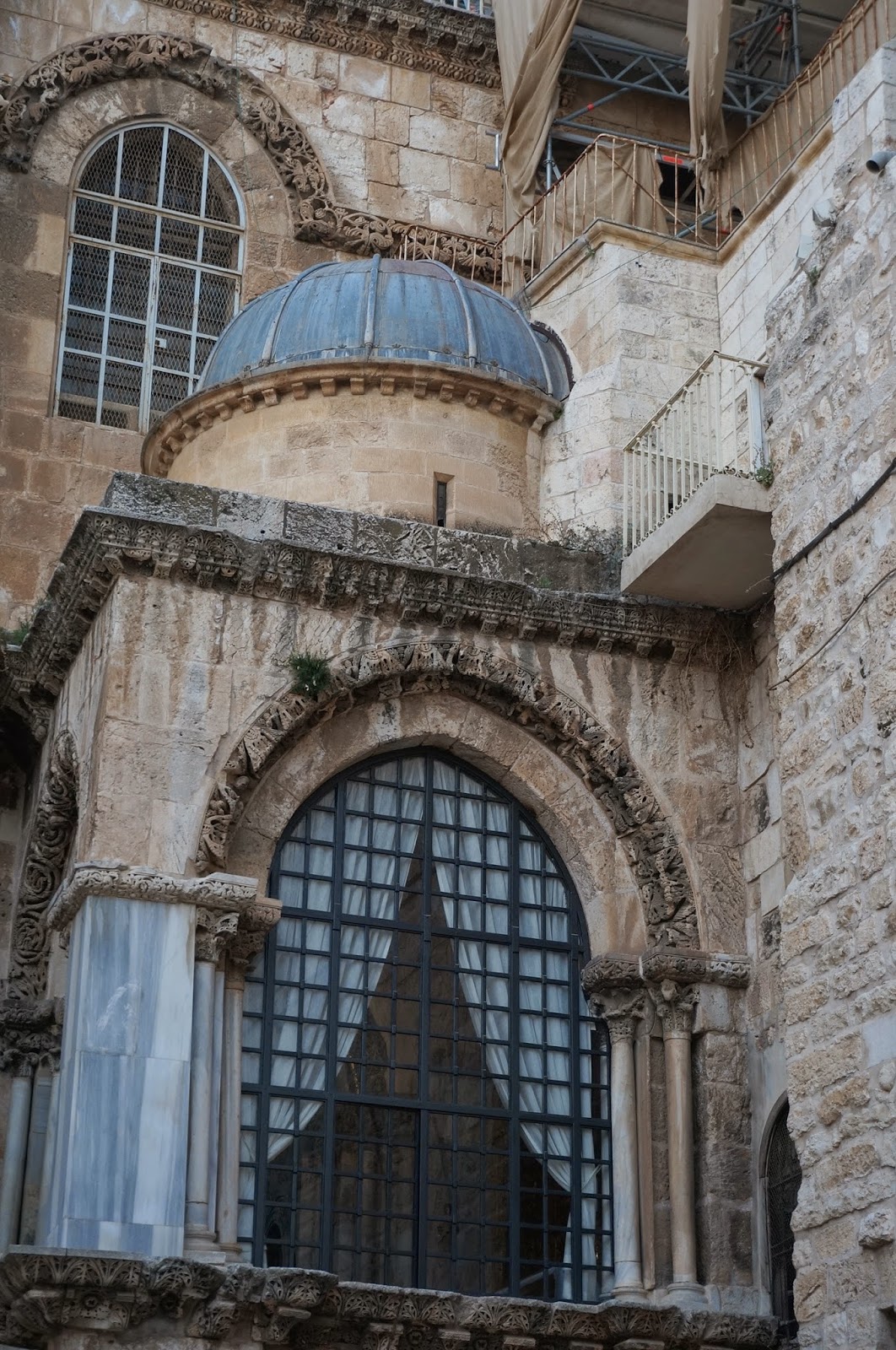 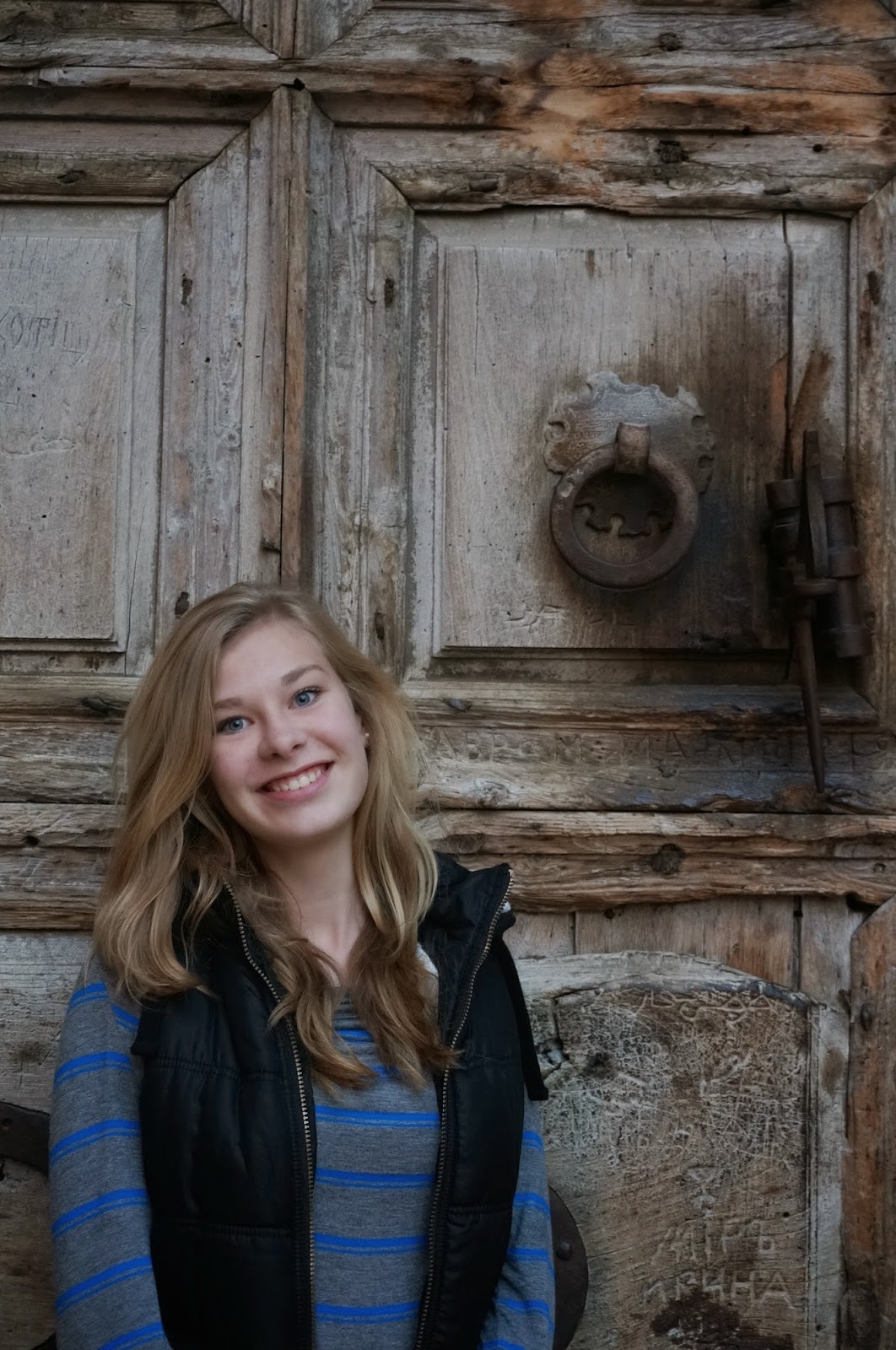 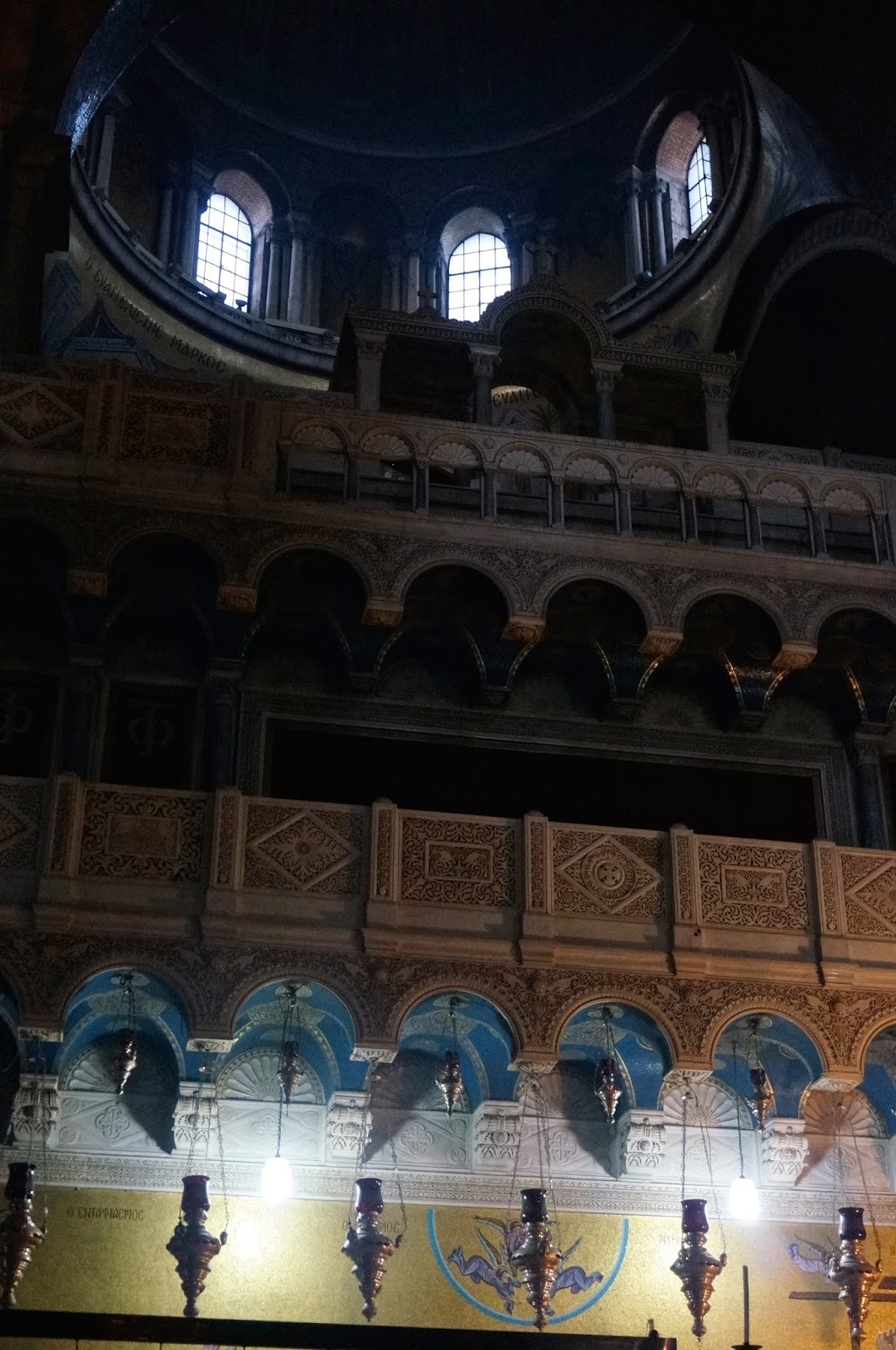 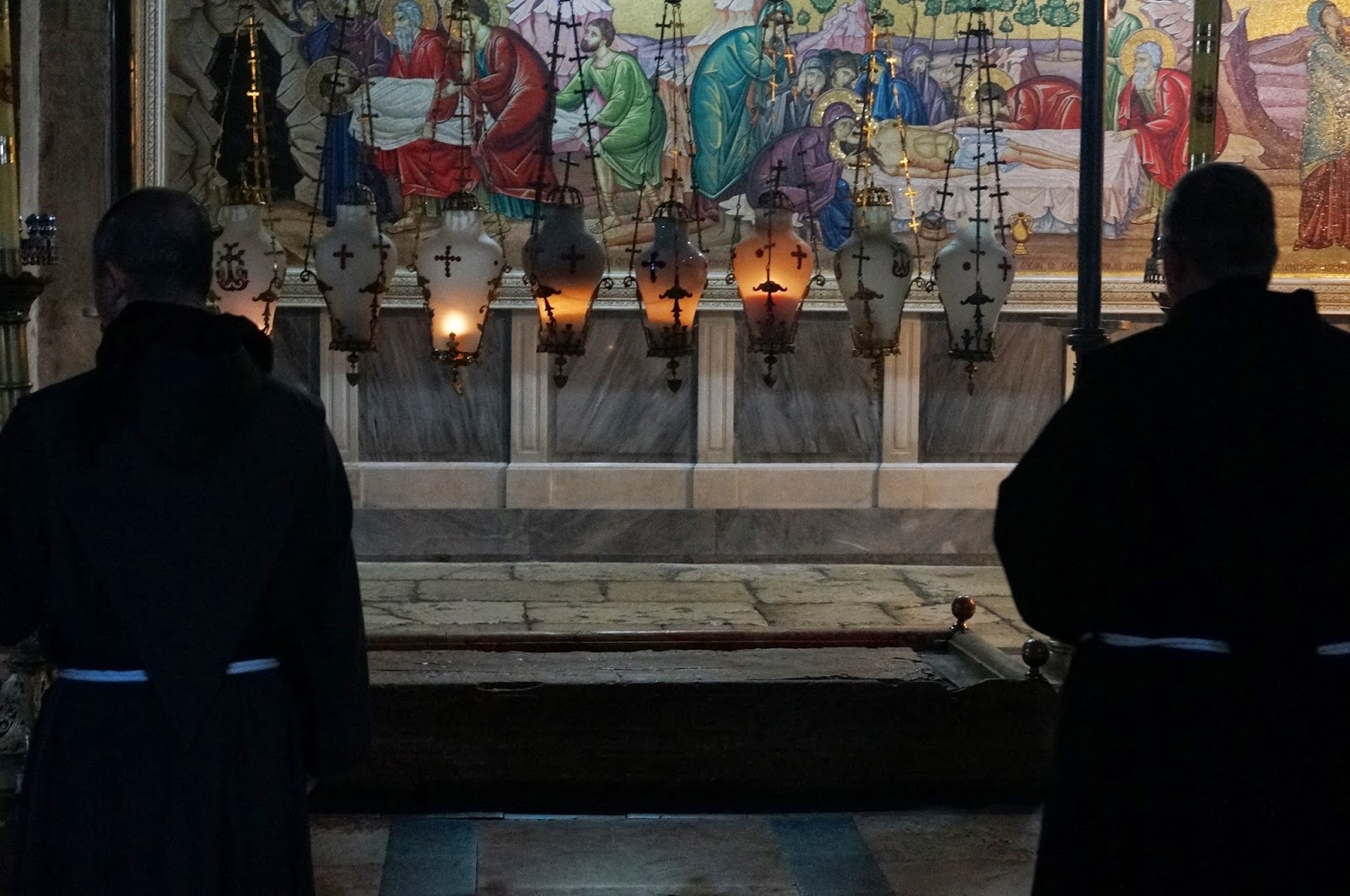 We happened to be there just as the service began, so we stayed to watch. The CampbellClanKids were wide-eyed. The Gregorian chants, incense, smoke, sayings, and movements throughout the church were interesting. This holiest site for Catholics was a beautiful place, but a sharp contrast to what we would see later, Golgotha and the Garden Tomb. 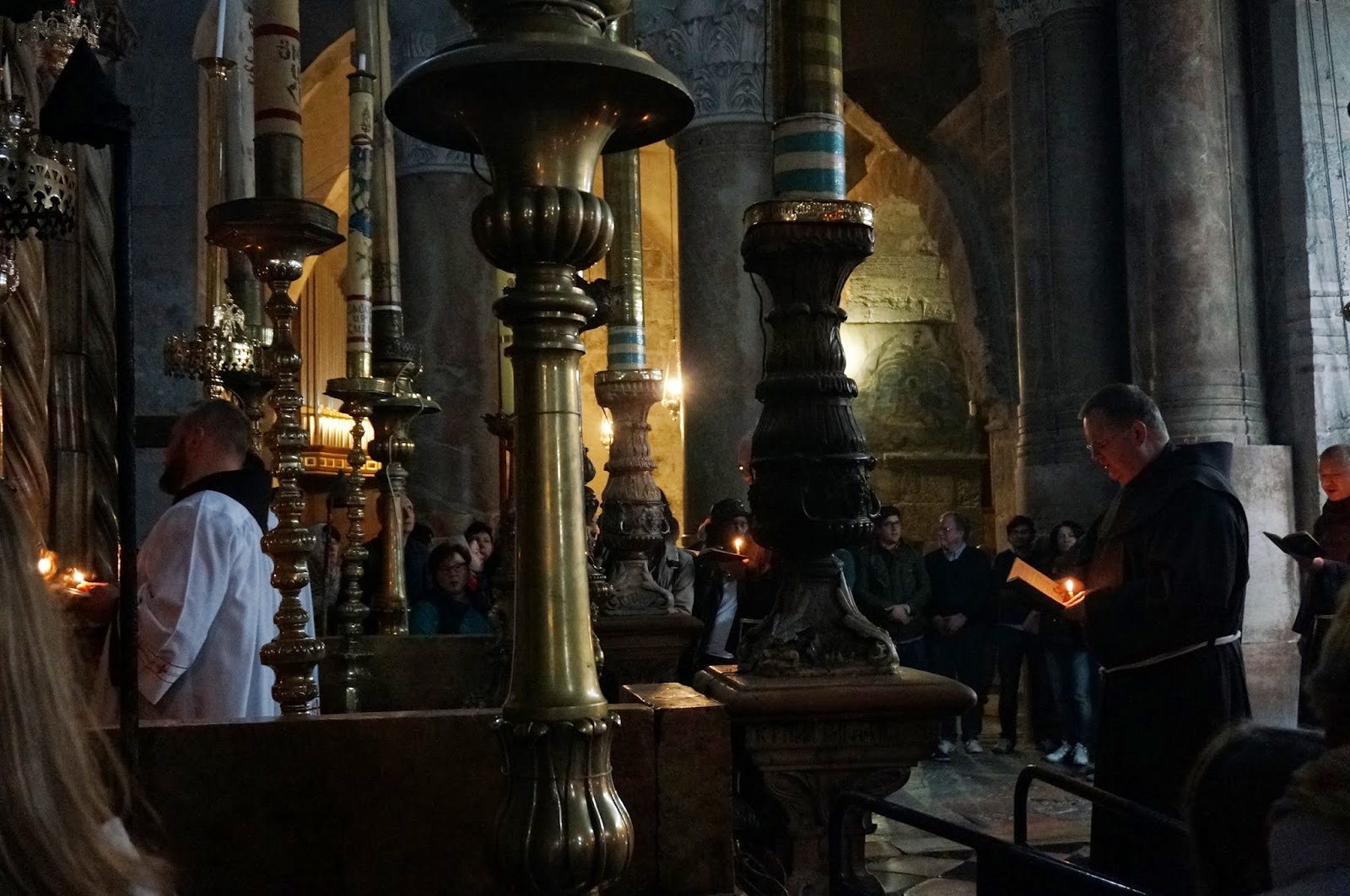 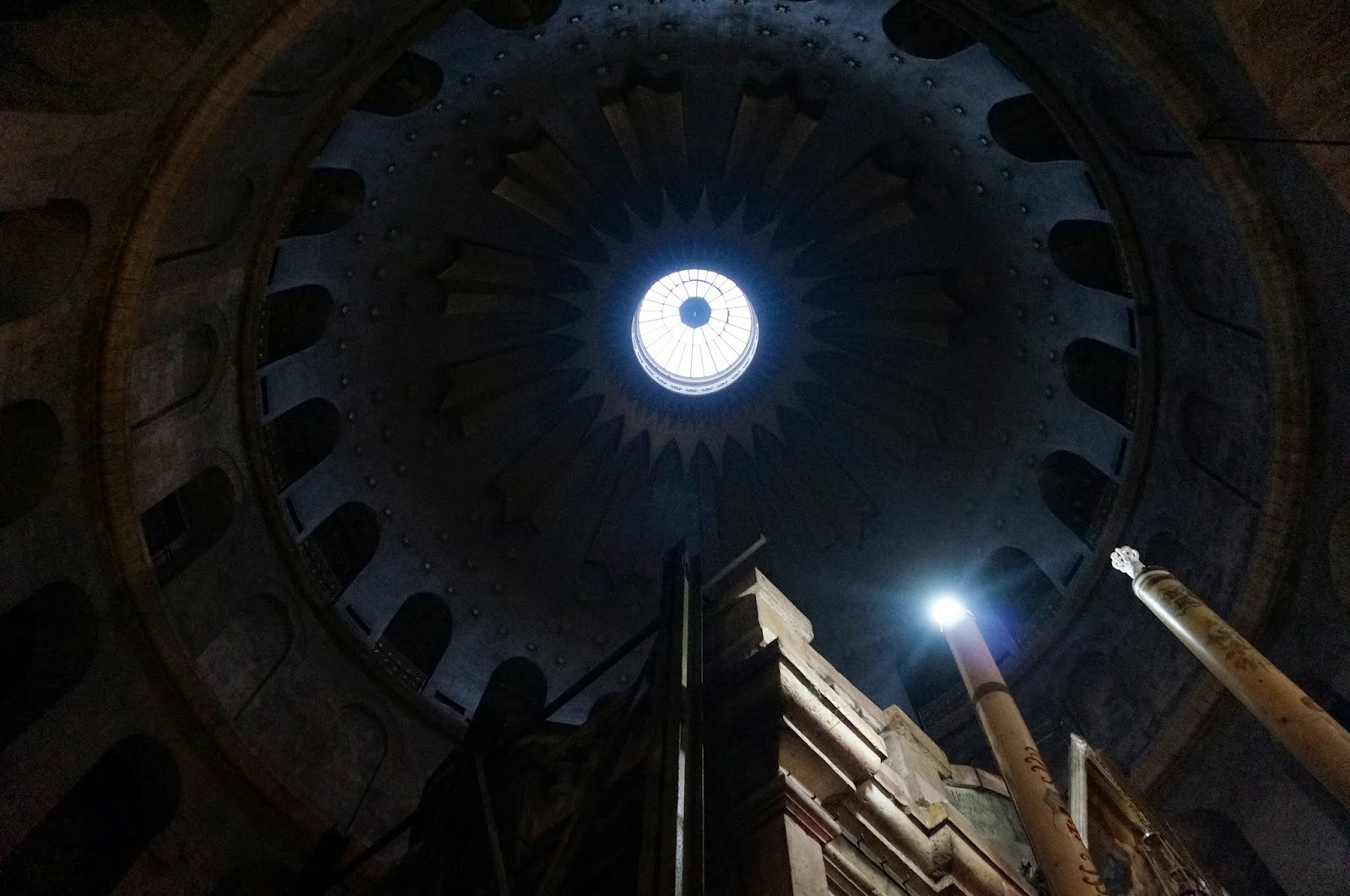 I am glad my children saw it. I believe it is important to discuss differences of worship and belief, always pointing their questions back to, "What does a person believe about the Person Jesus Christ?" Is He enough? Is He all? Was His death, burial, and resurrection all a person is trusting for salvation? I pray that many, many of my Catholic friends continue to find this truth. I pray that my students of all backgrounds will wrestle with this question. Ask. Seek. Knock. We are promised answers. 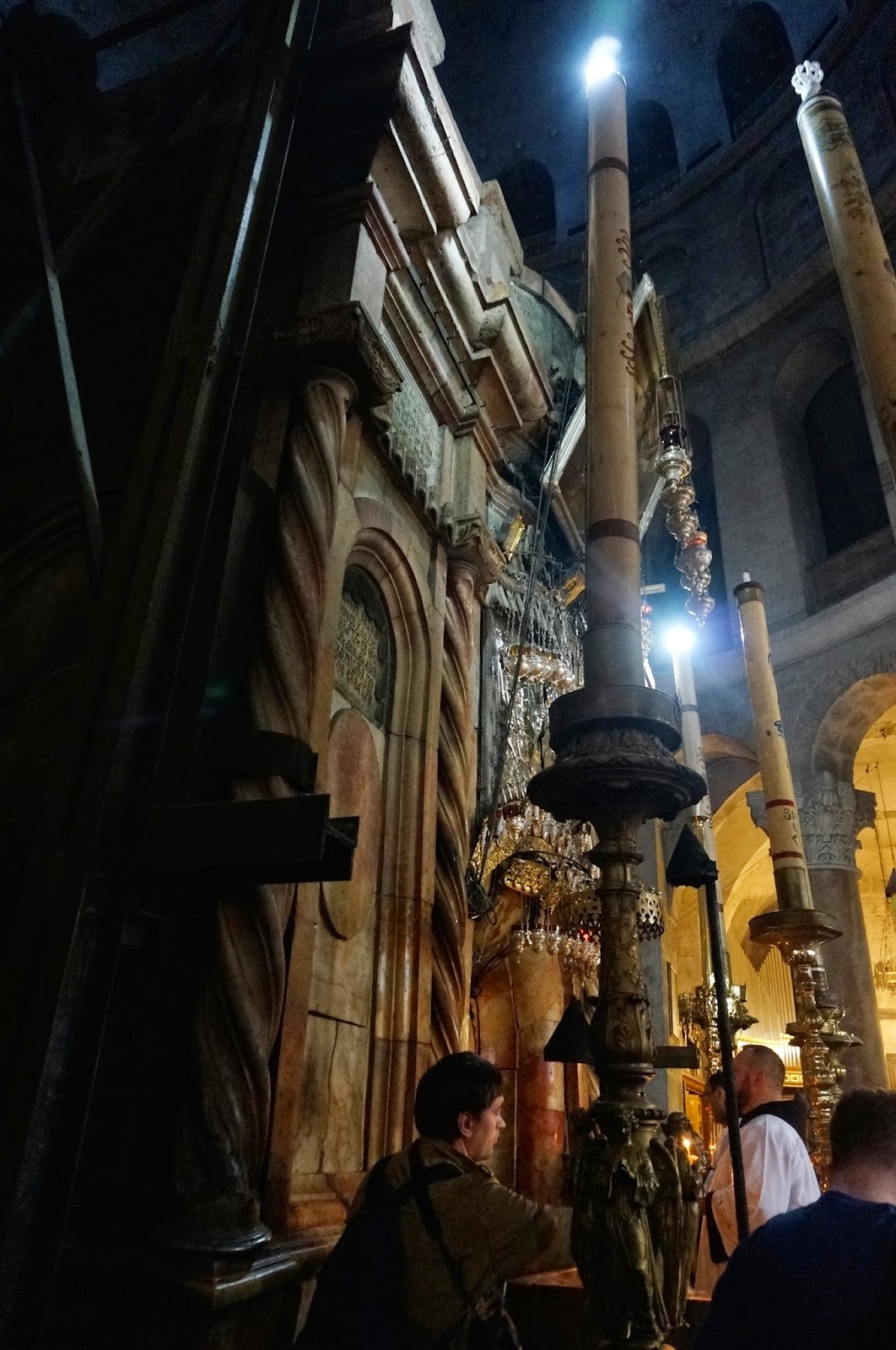 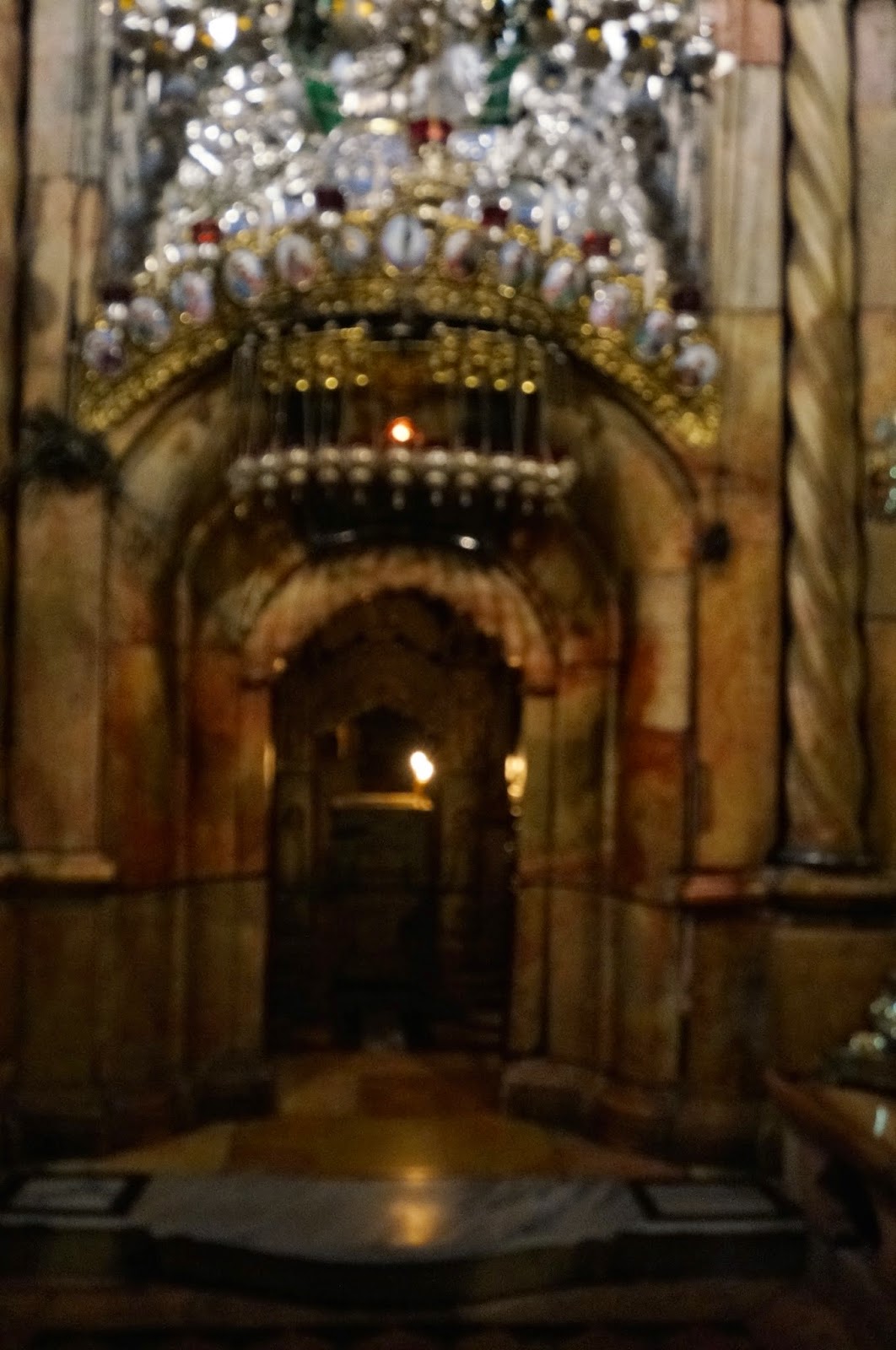 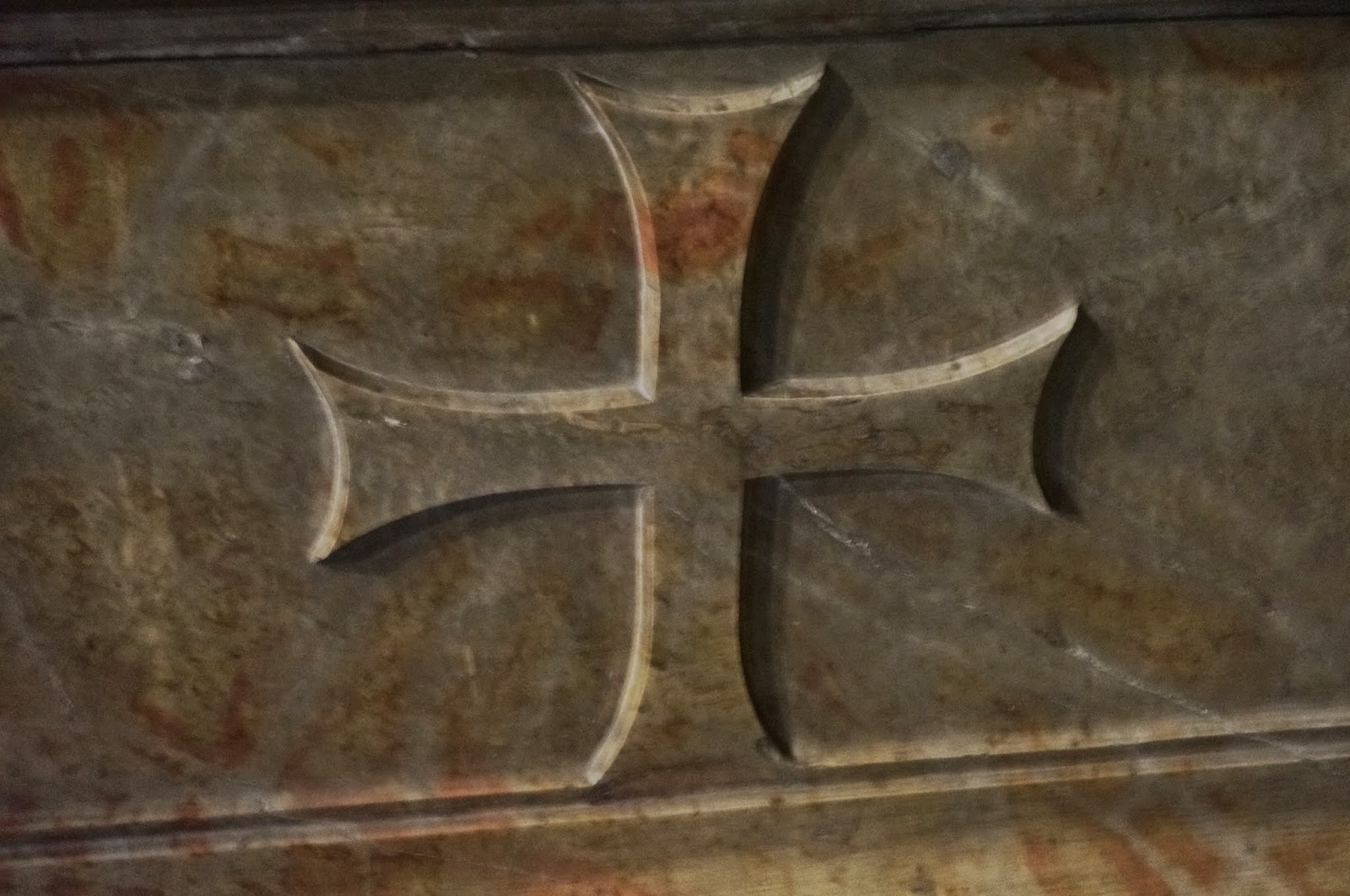 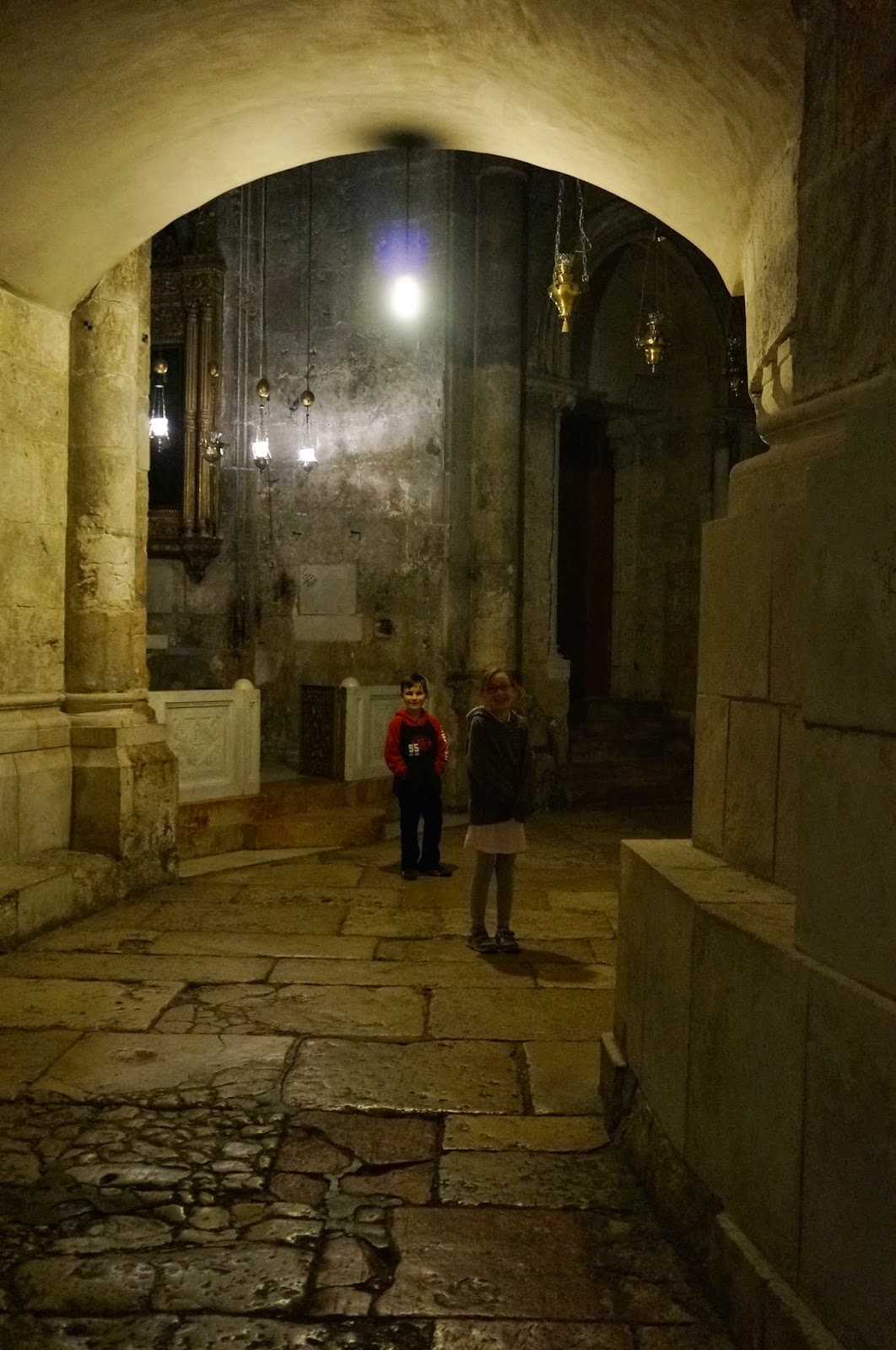 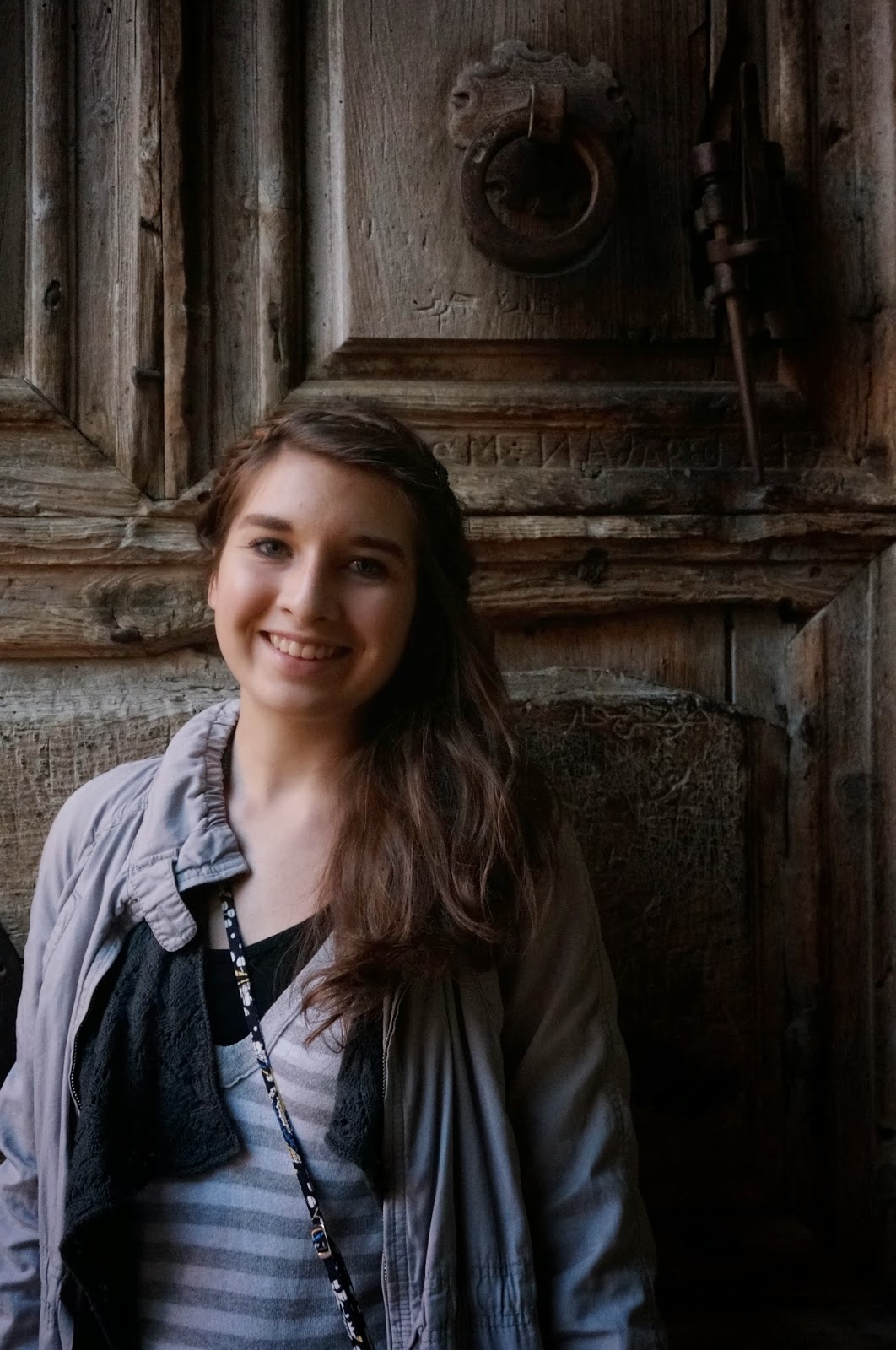 And so we left for the day, and headed out of the Old City, on to find out if I was walking on a broken foot.
Posted by Sara Campbell at 8:23 PM

Wow...so much awesomeness in this one post! Our God is so big, so strong, and so mighty! Thank you for sharing the details of your trip as well as the lessons learned.

I can't tell you how much your blog means to me-especially as you travel through the land where Jesus traveled.I almost feel like I am there from your descriptions. I love reading about your life, your kids and your faith. Thanks!