That night we walked back through the Old City, crossing from one quadrant to another. It was interesting to see the various people groups, Muslims, Jews, Orthodox, biding each other a happy "Good night!" as they crossed paths to their assigned quarters. The groups are not permitted to be in the "other" quadrants after sundown for security and peace. CC said it reminded him of the old cartoon Sam Sheepdog and Ralph Wolf. Their day job was to fight to the death, but at the end of the day, they both clocked out, cheerfully greeting each other. 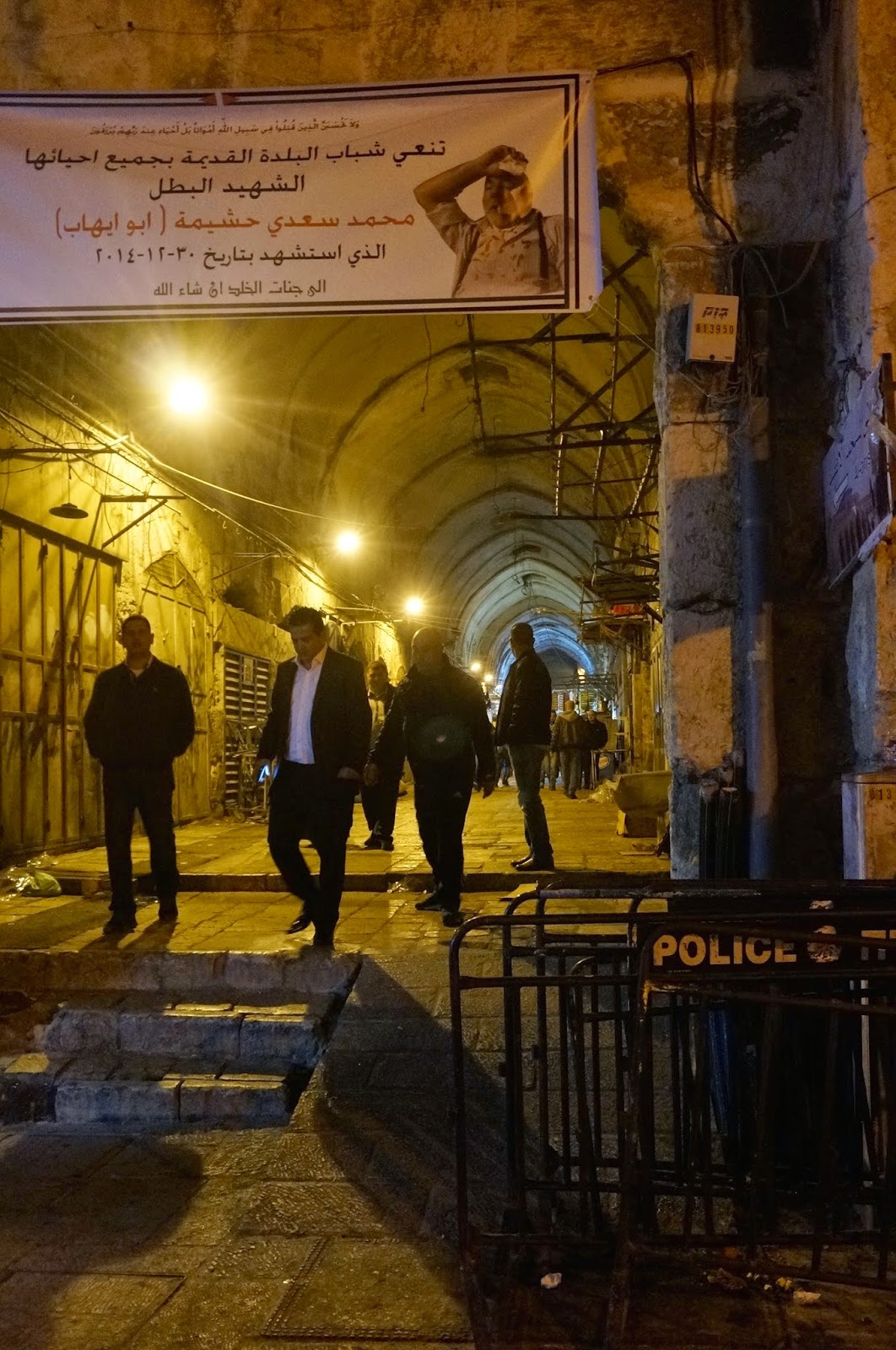 I haven't told you about the place where we stayed in Jerusalem. It was a small hostel which was the original home of Eliezer Ben-Yehuda, born in 1858. As a boy, he studied the Torah, and his parents' hope was that he would become a rabbi. He learned three languages, but became increasingly convinced that part of the Zionist movement and the hope to reunite Jews involved getting their original language usable again. He married twice, to sisters. His first wife died of tuberculosis, leaving him with five small children. Her dying wish was that he marry her sister, so he did. Part of his plan was that his son, named Ben-Zion Ben-Yehuda, would only speak this new language. No other language was to ever be spoken to his son. He even grew angry at his wife when he heard her singing a Russian lullaby to him as a baby. Indeed, the boy became the first native Hebrew speaker of the modern resurrected language. Ben-Yehuda worked to fill in gaps and create modern version of the language spoken today. He died in 1922, is buried on the Mount of Olives, and 30,000 people attended his funeral from all over the world.

To be totally honest, we had no idea we would be staying at a historical place until we got there and began reading. His home and the attached hostel is now used for groups who gather to research ongoing peace between countries. A group from Germany was there researching how to mend relations with Israel. I am glad we ended up there so I could learn this small piece of history. 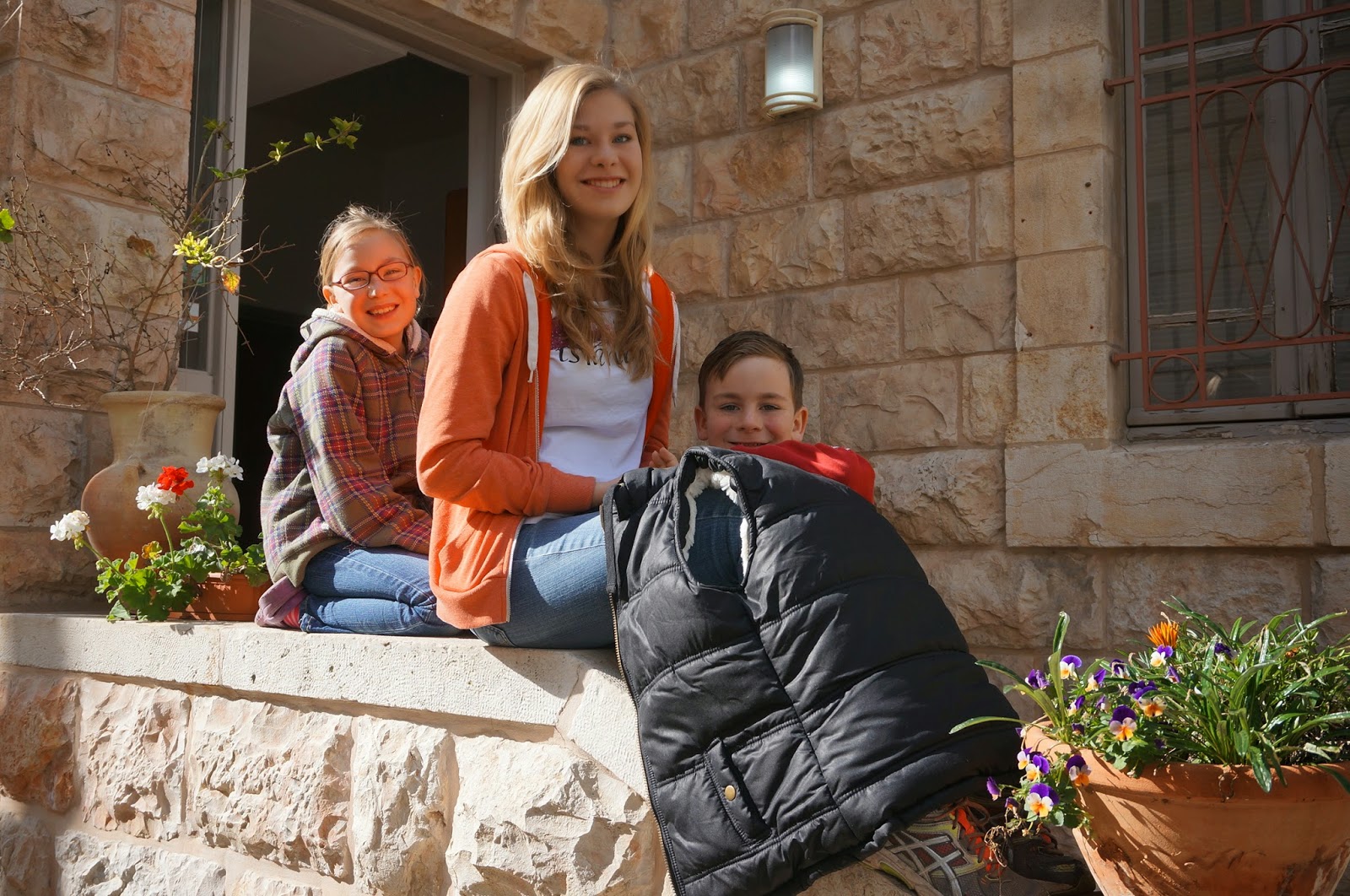 Miss Middler is getting quite a knack for photography. She borrowed my camera and got these pictures of flowers at the Ben Yehuda House. Indeed, these pictures say, "shalom" to me. 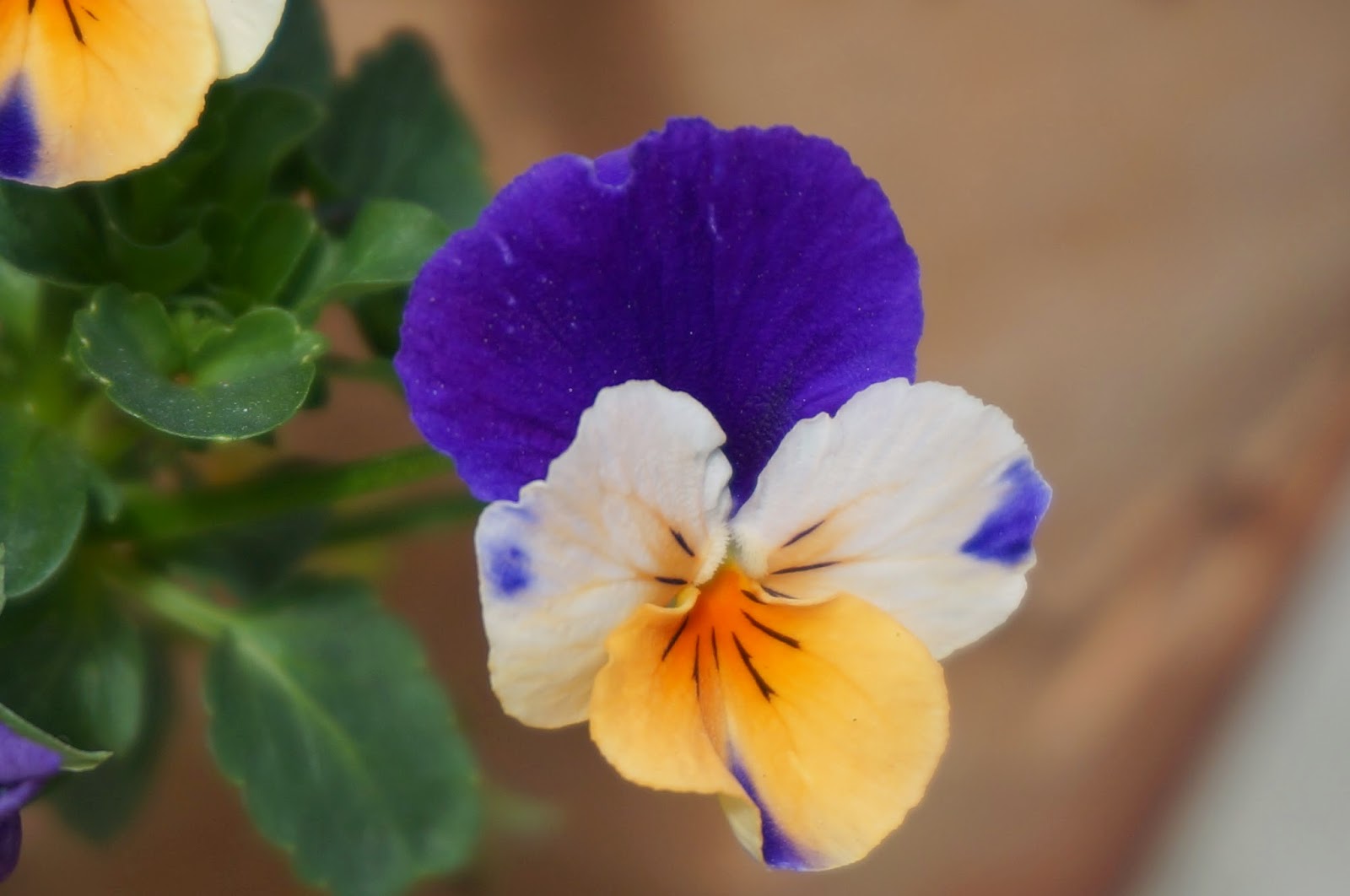 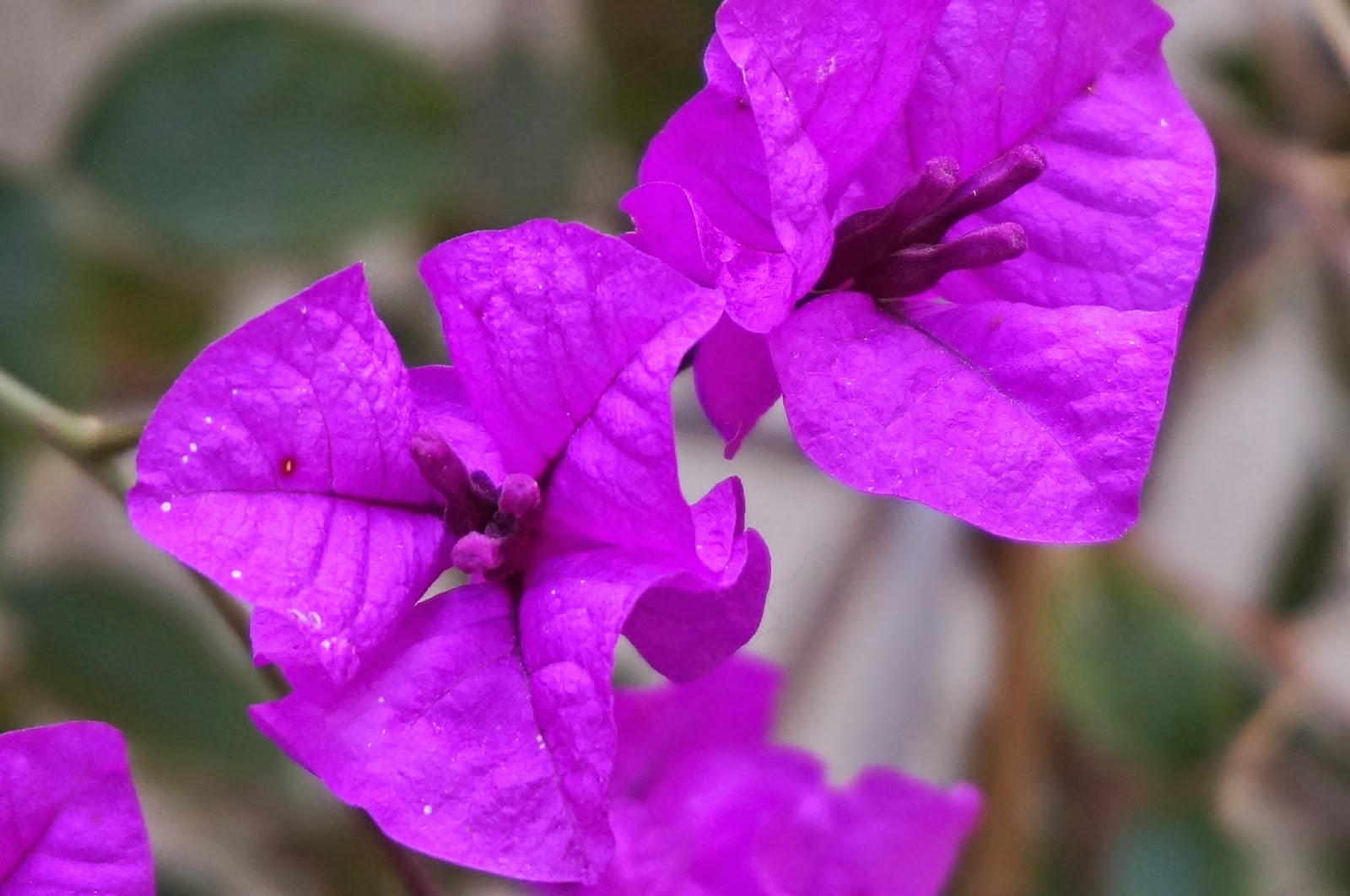 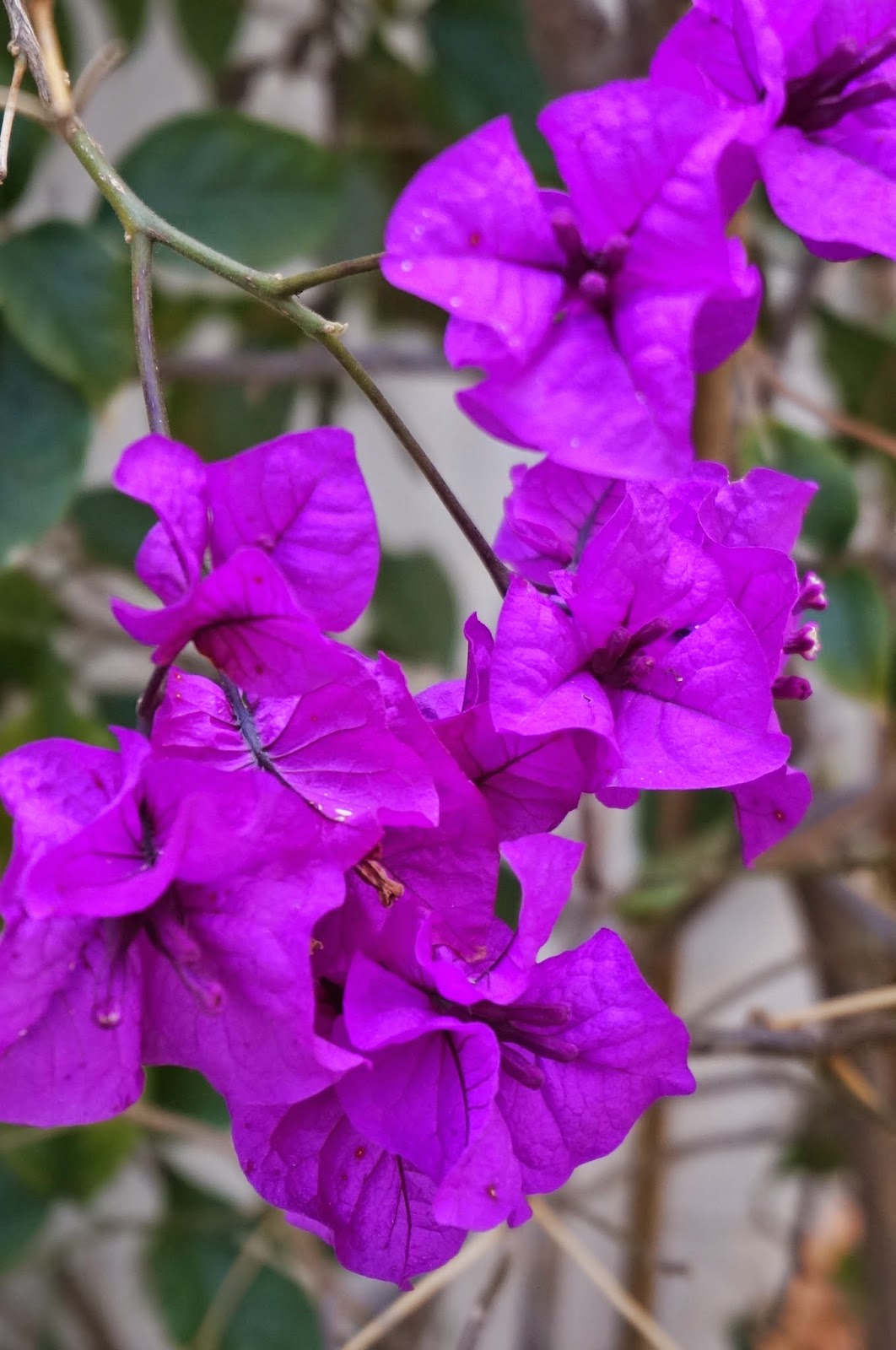 We had one last day in Israel, so we decided to take in the Israel Museum. 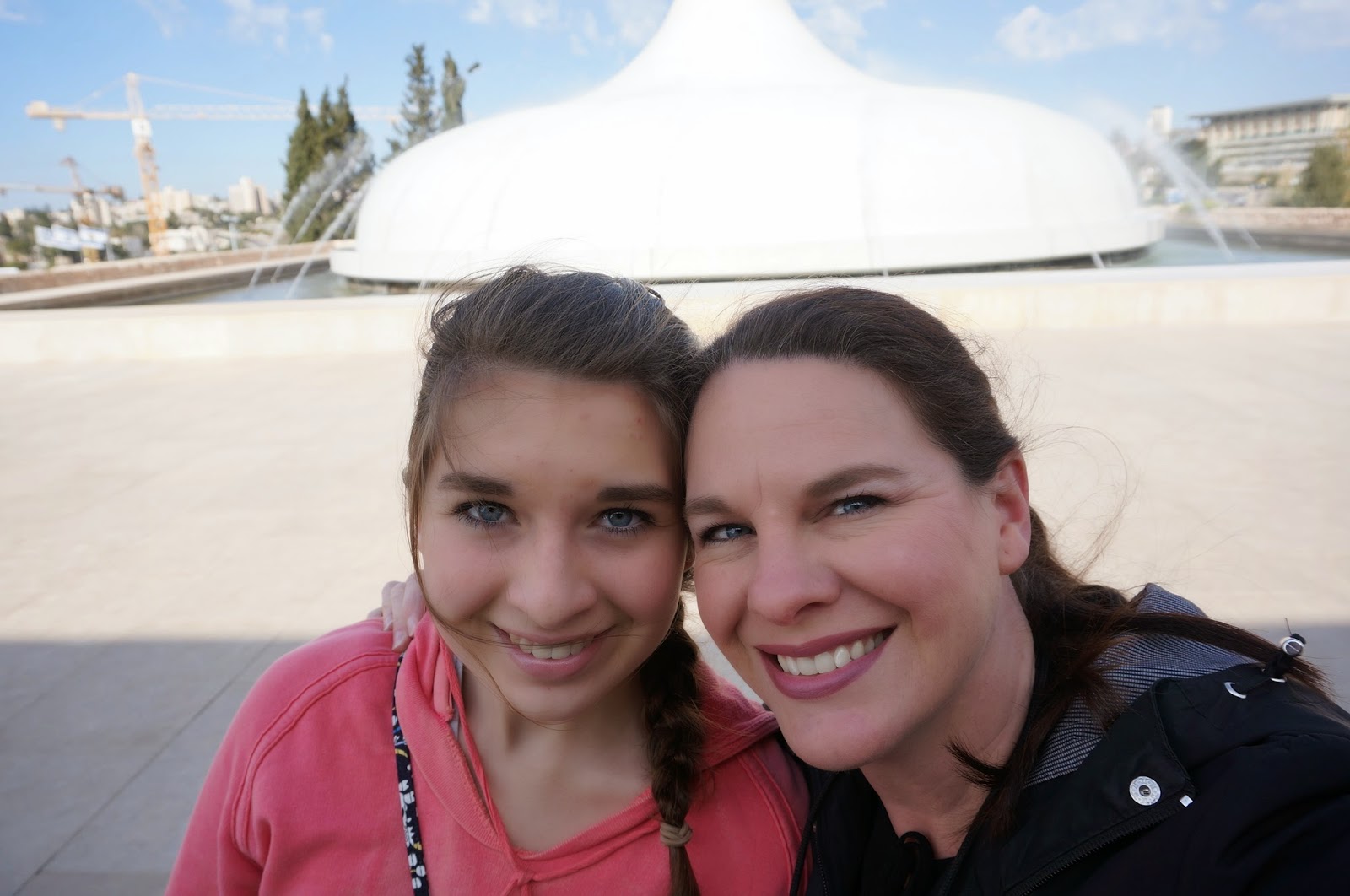 The most famous draw of this museum, and what drew me, was the Dead Sea Scrolls. This display was a facsimile replica of the ancient scrolls, encased in a beautiful giant replica of an ancient scroll. 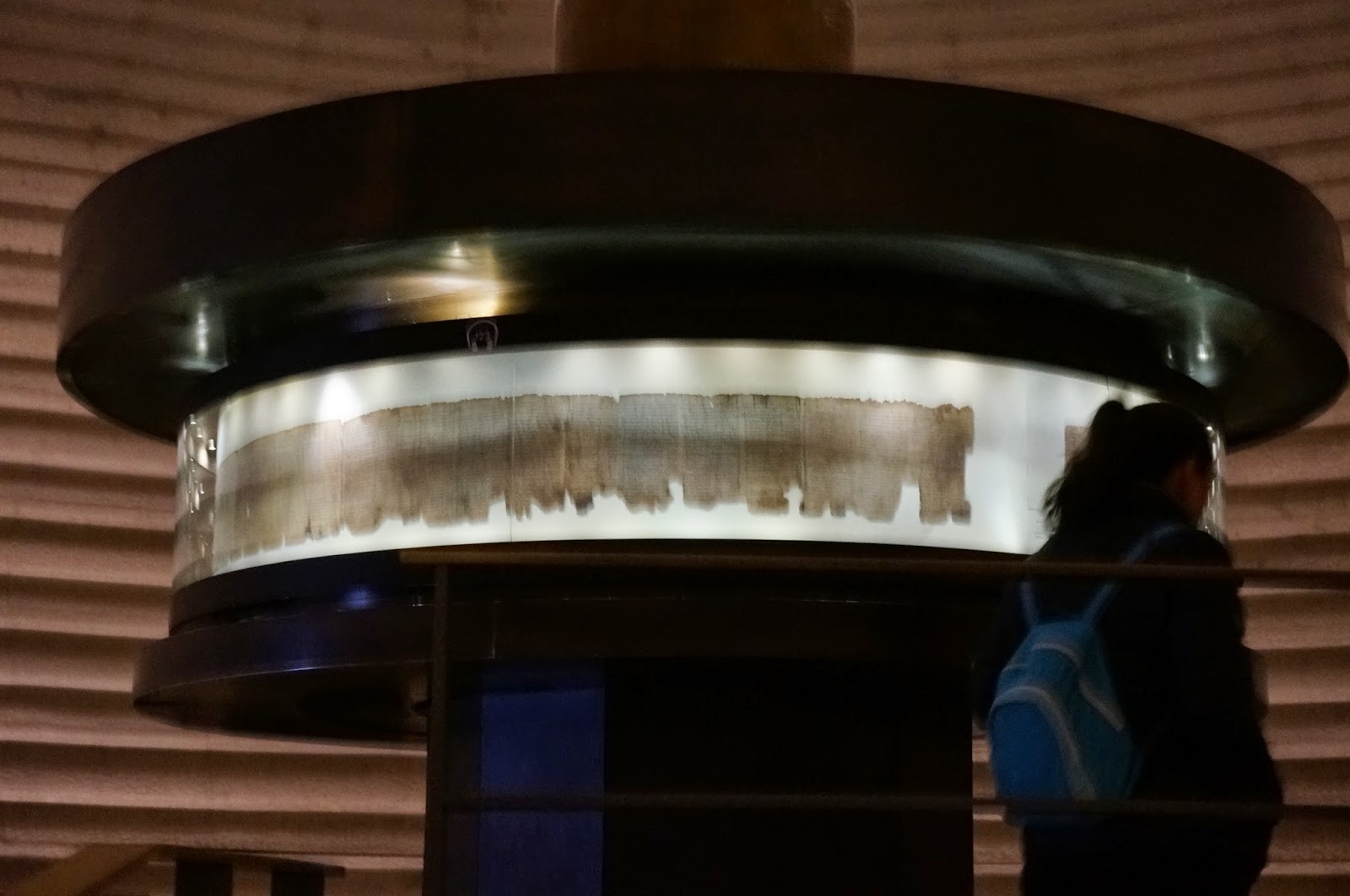 But these are the real ones. They rotate the portions in and out of storage to preserve them. But they always have at least one portion of Scripture on display. Here are portions from Ecclesiastes. No, I was not supposed to photograph them. I used no flash and several child lookouts, but I had to. I teach the Dead Sea Scrolls finding as authentication of Scripture to my Bible class! 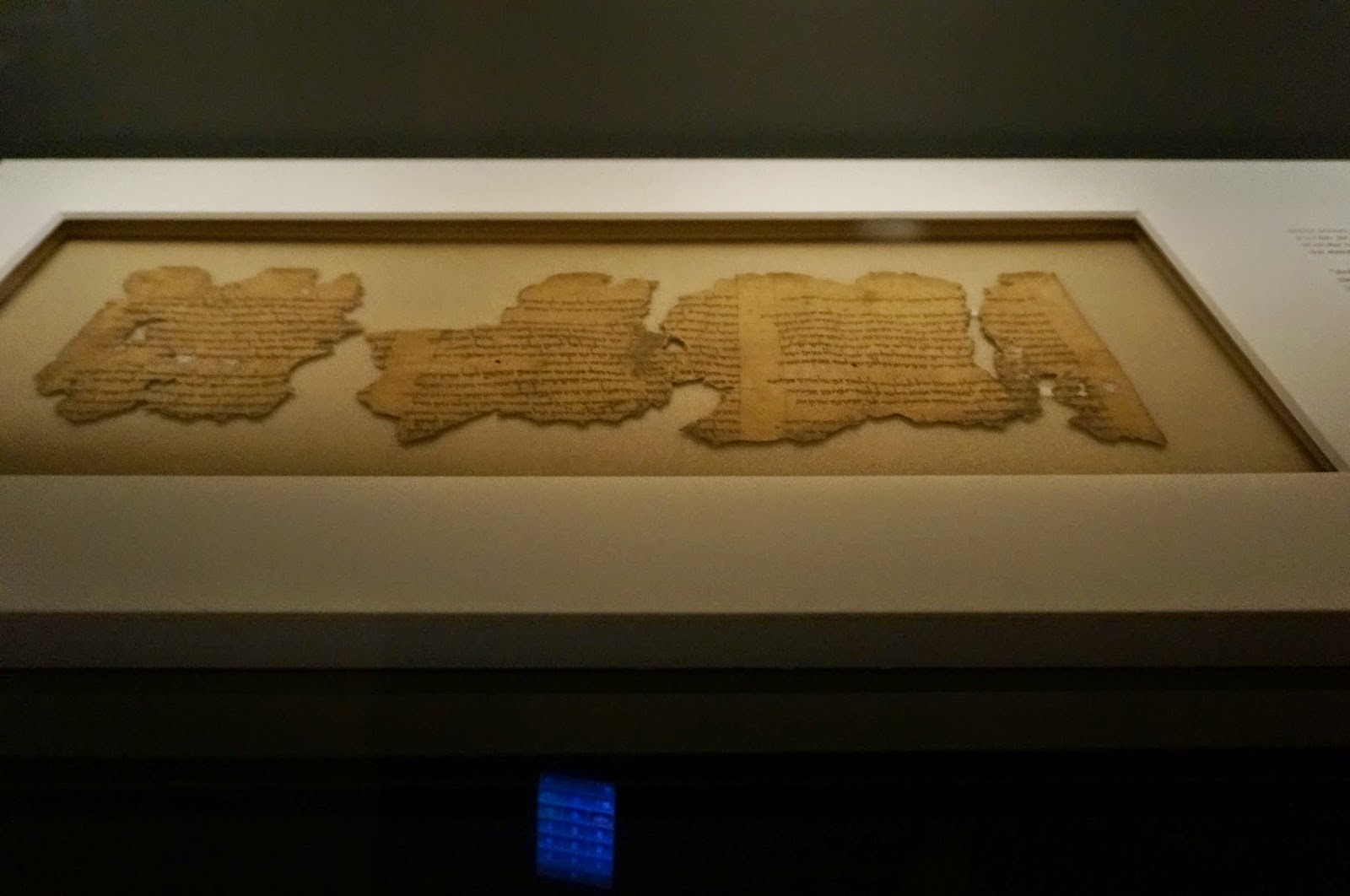 It was a fun museum, and the Jews are very, very artistic and creative. This was one of my favorite photos from our trip. 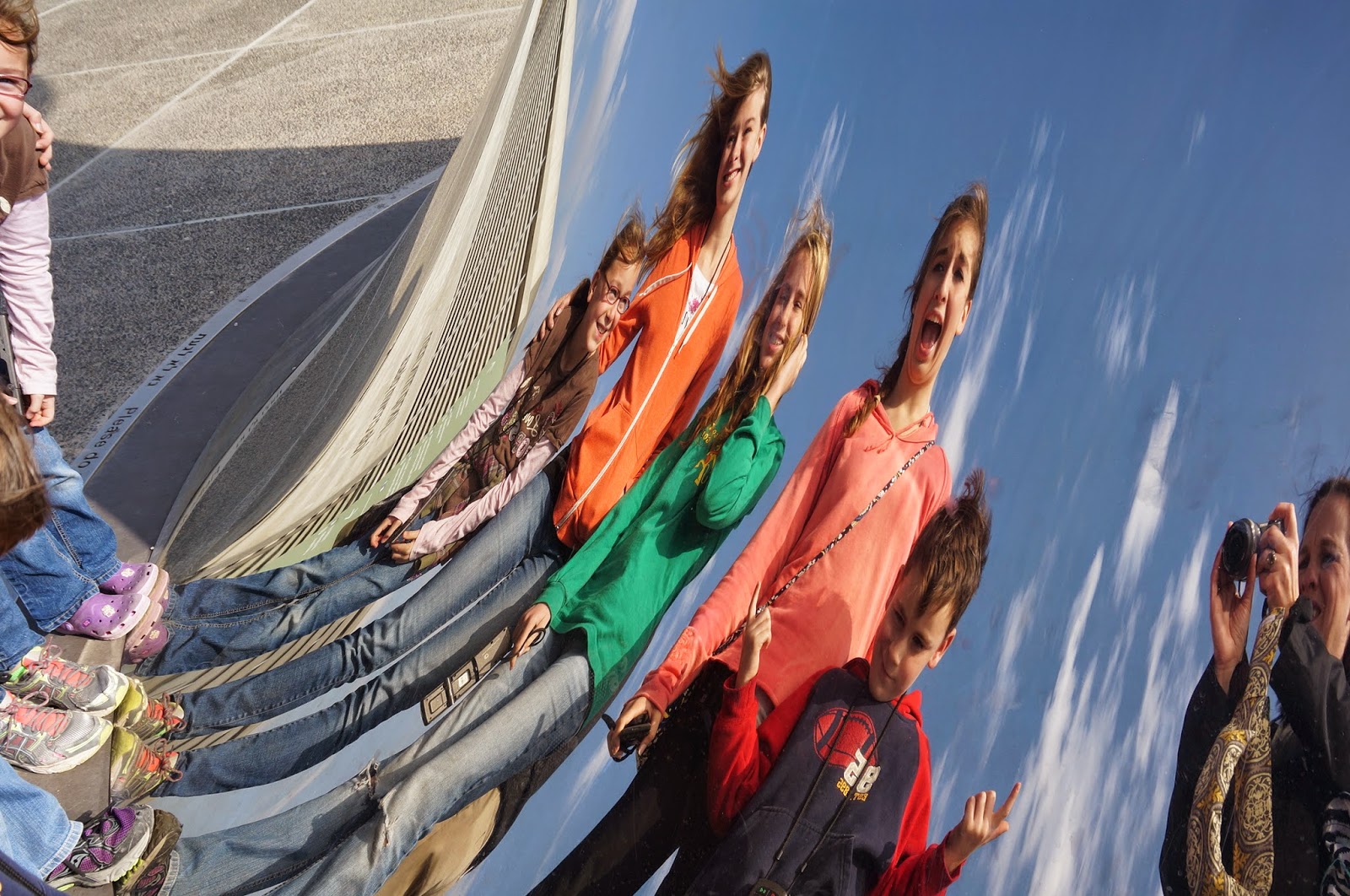 More tomorrow: ancient dresses and Monet!
Posted by Sara Campbell at 8:55 AM

I have been to the Holy Land 3 times and this is bringing back precious memories! We did walk down Masada!!!Not sure I could it again, but I might try! I am 81 and that was in 1998!!!
Blessings to your family!