We were given a gift that enabled us to treat Miss Middler to a quick weekend in Europe to see the Christmas markets of Vienna. She begged for her sister to go along, as it will be their last year in Turkey together. 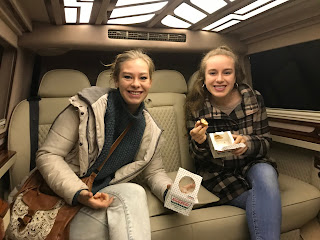 We were blessed to include L, as well. She is my good traveling buddy! 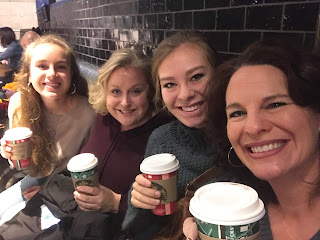 As Twinkle has earned a chance at a scholarship which requires a short video describing herself, I convinced her to let me take her picture in front of the Turkish Airlines plane. I thought it was so cute, though she was telling me to HURRY UP while we ran to the pick up bus! 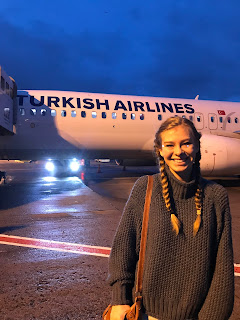 Flying into Vienna was beautiful. Some snow was on the ground. I really am grateful for the opportunity for my children to see so much of the world. Tickets and accommodations can be found for a fraction of the price, and we were just a few hours away by plane. 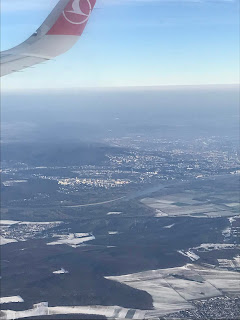 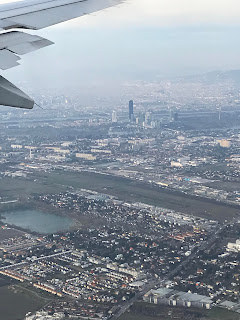 Our hotel was called Spiess and Spiess. I am certain it would not be said 'Spice and Spice' but of course that is what we called it the entire weekend. And these girls became known as the Spice Girls. 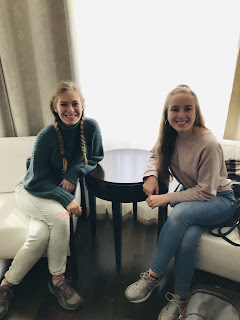 As soon as we landed and dropped our bags, we headed out to see a market, knowing we would not have long in our two overnights. 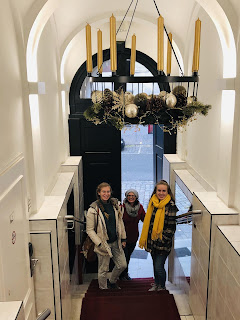 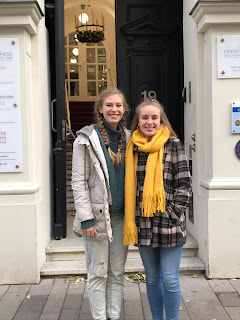 We were pleasantly surprised to find we could quickly walk to the subway station, which saved us on taxi rides. We rode the subway or walked all weekend. 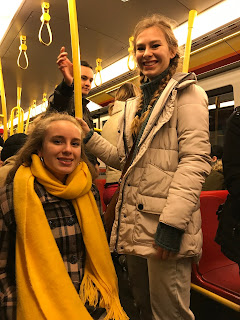 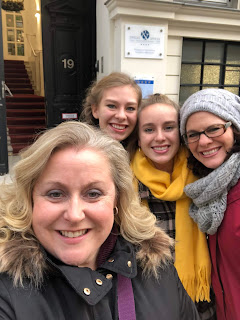 Posted by Sara Campbell at 4:41 PM