As mentioned earlier, we had planned to go find "the castle," then realized we were staying within its walls. In fact, we were right next door to the mosque. So, the call to prayer greeted us at 5 each morning, right outside our window. We decided to walk within the castle walls to see what we could see! 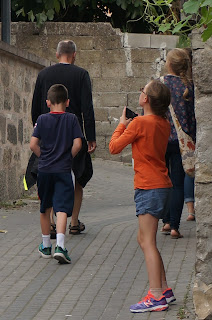 Here's the mosque next door. It was built as a 9th century AD church, then conquered in 1460 by the Muslims, converting it into a mosque. 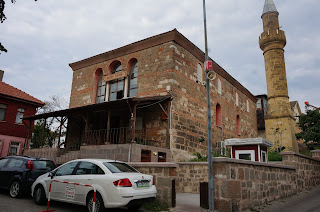 This picture is even better. It was a beautiful building. I pondered all of the activities that had taken place within. 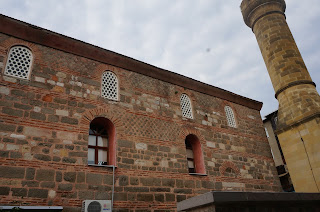 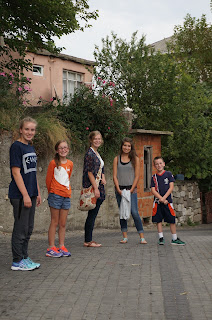 You can see the castle wall in the distance, with modern life built inside and around it. 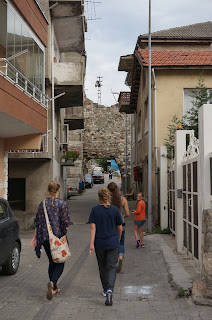 This was perhaps my favorite building, as it had just been left alone. It was called "Church Chapel" and was just down the street from the big church. This one has not been converted to any new use, really. I wonder if they prayed in the small chapel, way back when? 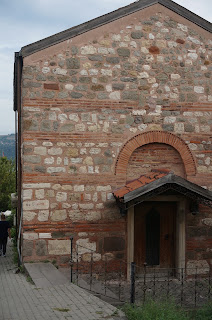 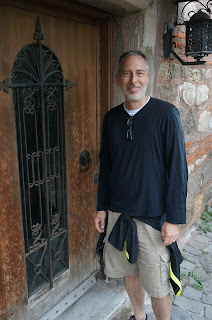 Posted by Sara Campbell at 7:57 AM